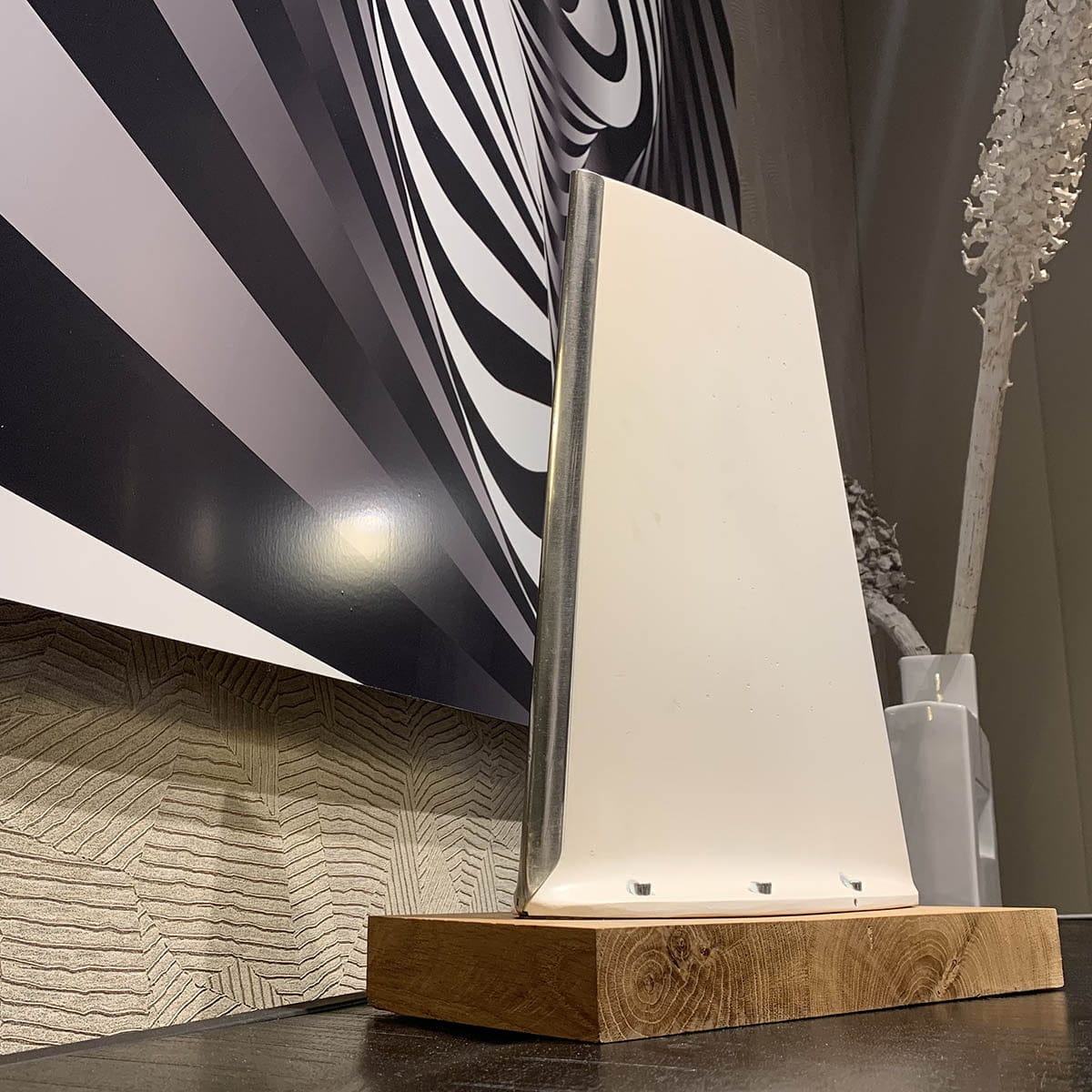 This V/UHF antenna blade was once a relevant part of a German Navy Breguet Br.1150 Atlantic maritime patrol aircraft. With the antenna attached to the underside of the aircraft, the antenna has seen thousands and thousands of miles of sea passing by. It has been saved when Germany withdrew their Atlantic aircraft from use.

The piece has been fitted on a wooden foot to serve as a attractive decorative piece. It can easily fit in any modern or classic interior, office or restaurant or be a part of mancave collection.

The Br.1150 Atlantic was a long-range martime patrol aircraft designed and built by the French company Breguet Aviation. The prototype of the Atlantic first flew in October 1961. The four European countries that used the aircraft type, of which 87 were built, were France, Germany, Italy and the Netherlands. Pakistan received a number of second-hand aircraft. The type has been in use a patrol aircraft over sea, taking care of reconnaissance and anti-submarine warfare. None of the original Atlantics is still operational, but France does still use ATL-2, an updated version and new-built aircraft.

The aviation element of the German Navy (Marineflieger) received 20 Atlantics from 1963. MFG3 at Nordholz operated the type until 2005. A total of five German Atlantics were modified for SIGINT duties (signals intelligence). The German Atlantic aircraft have been replaced by P-3 Orion that were bought from the Netherlands.