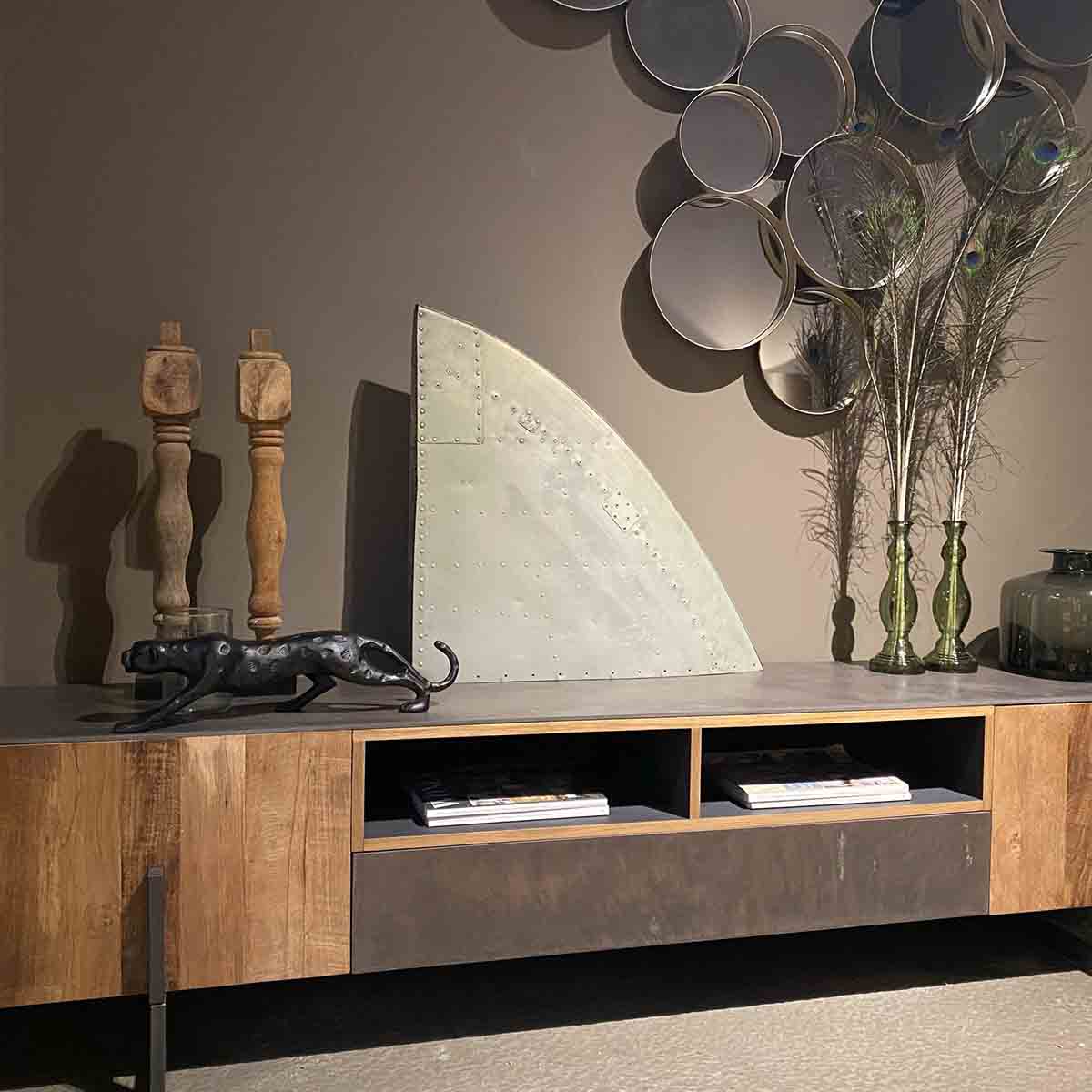 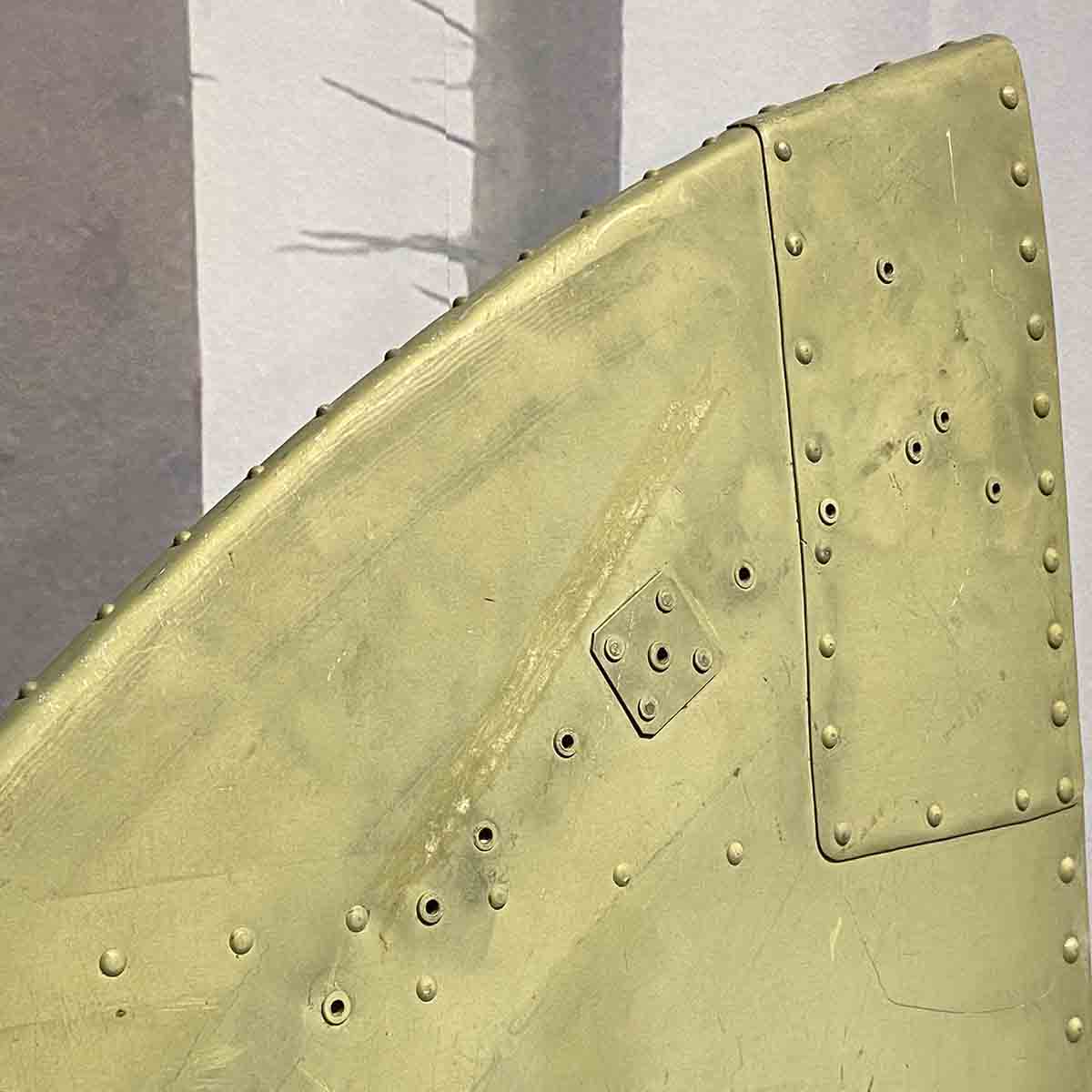 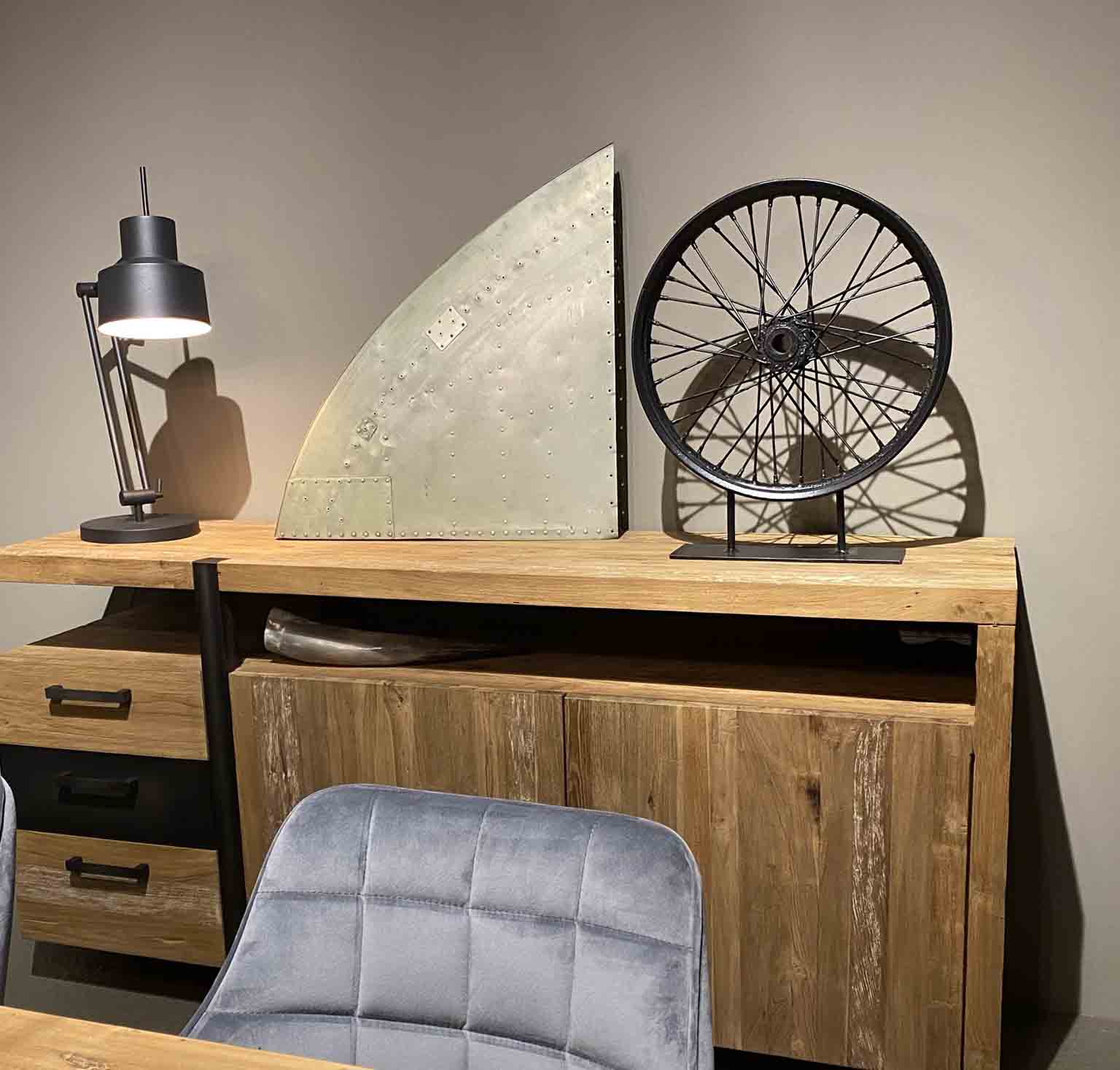 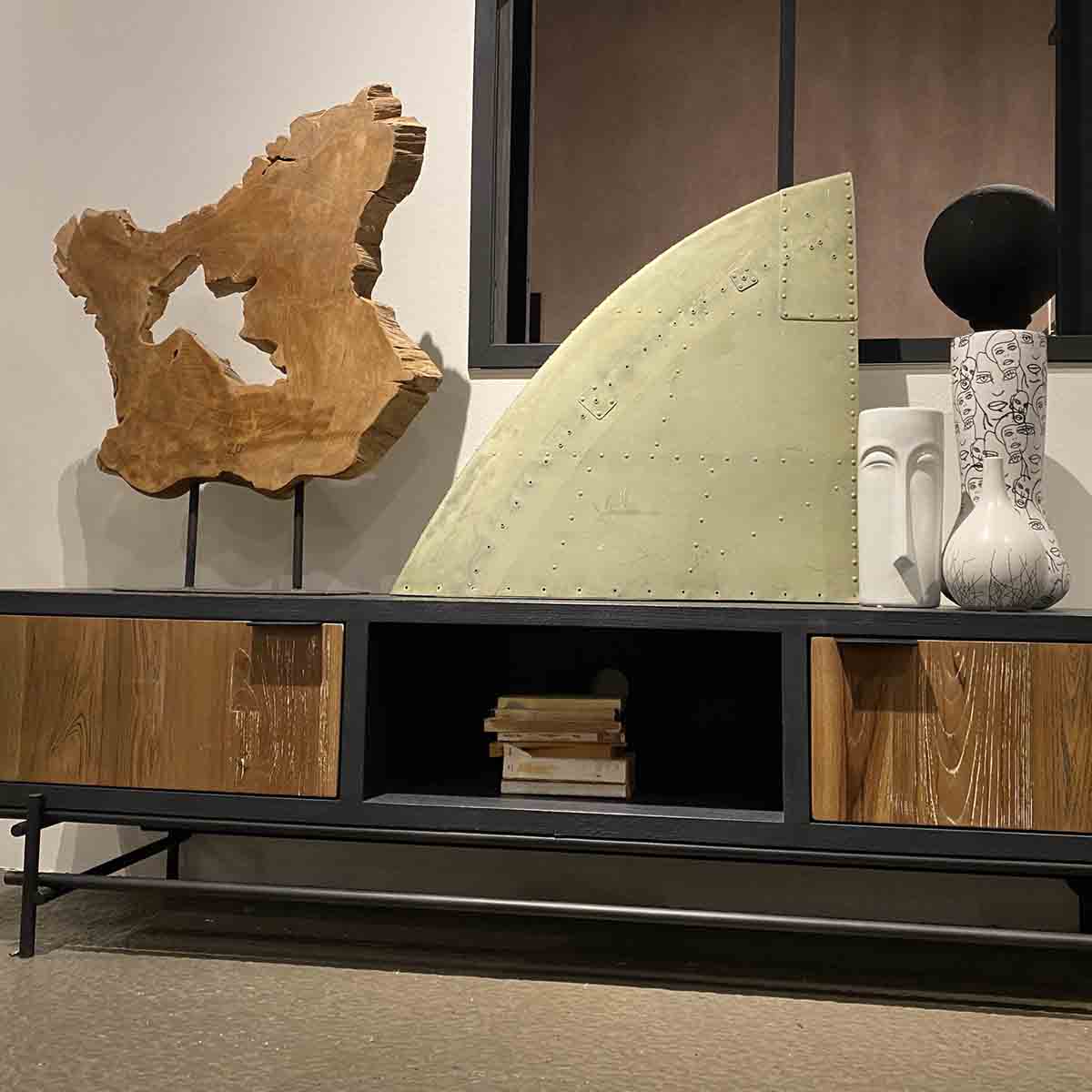 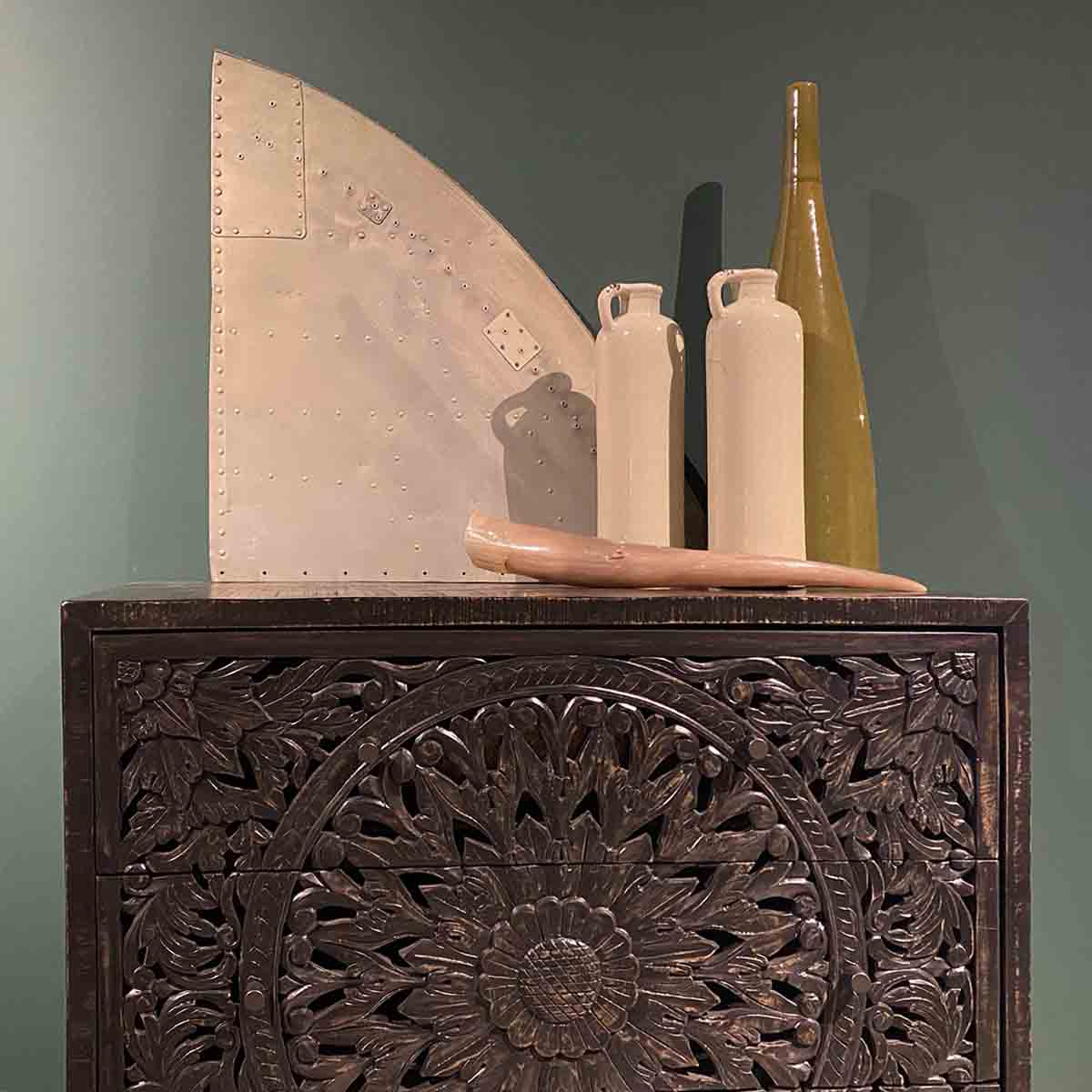 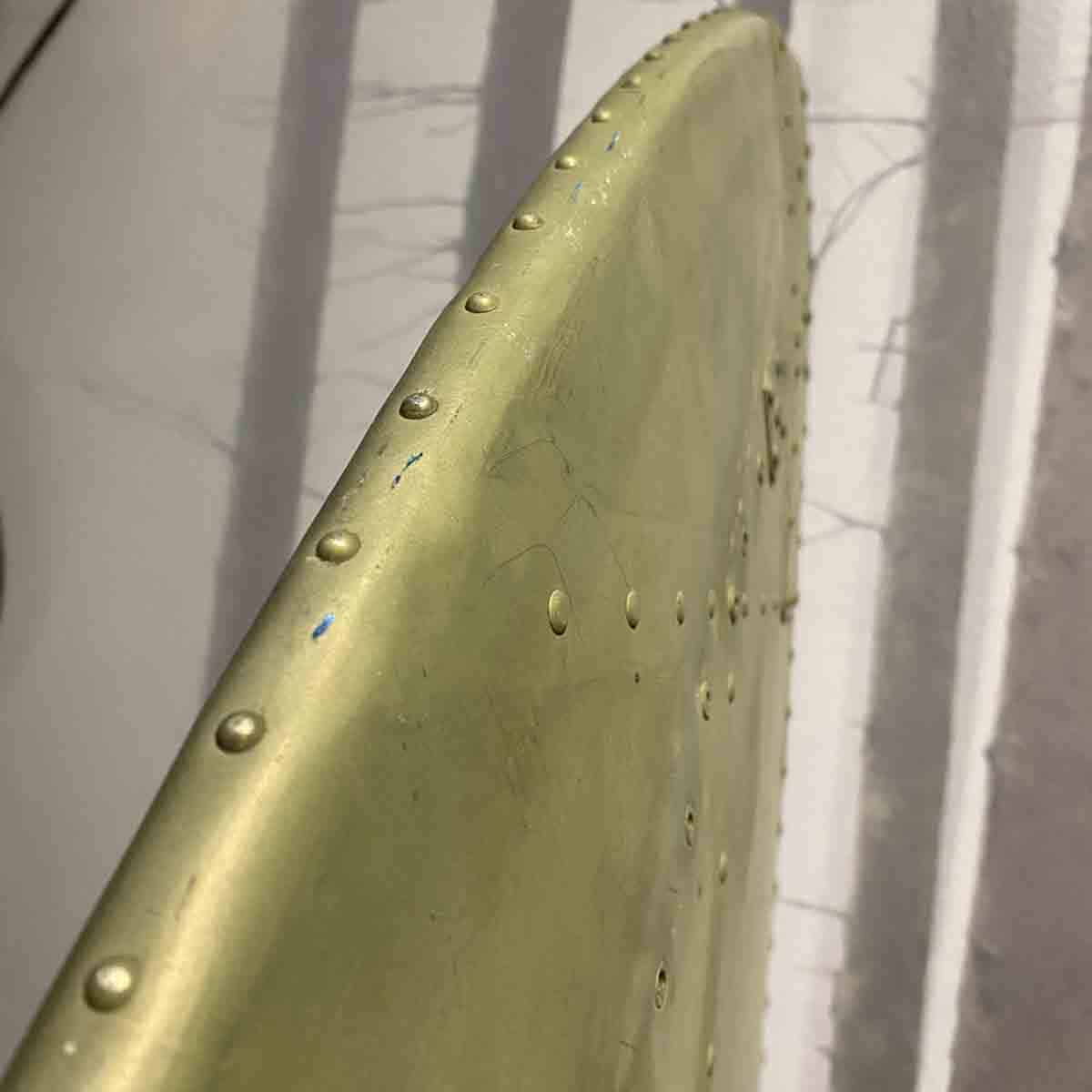 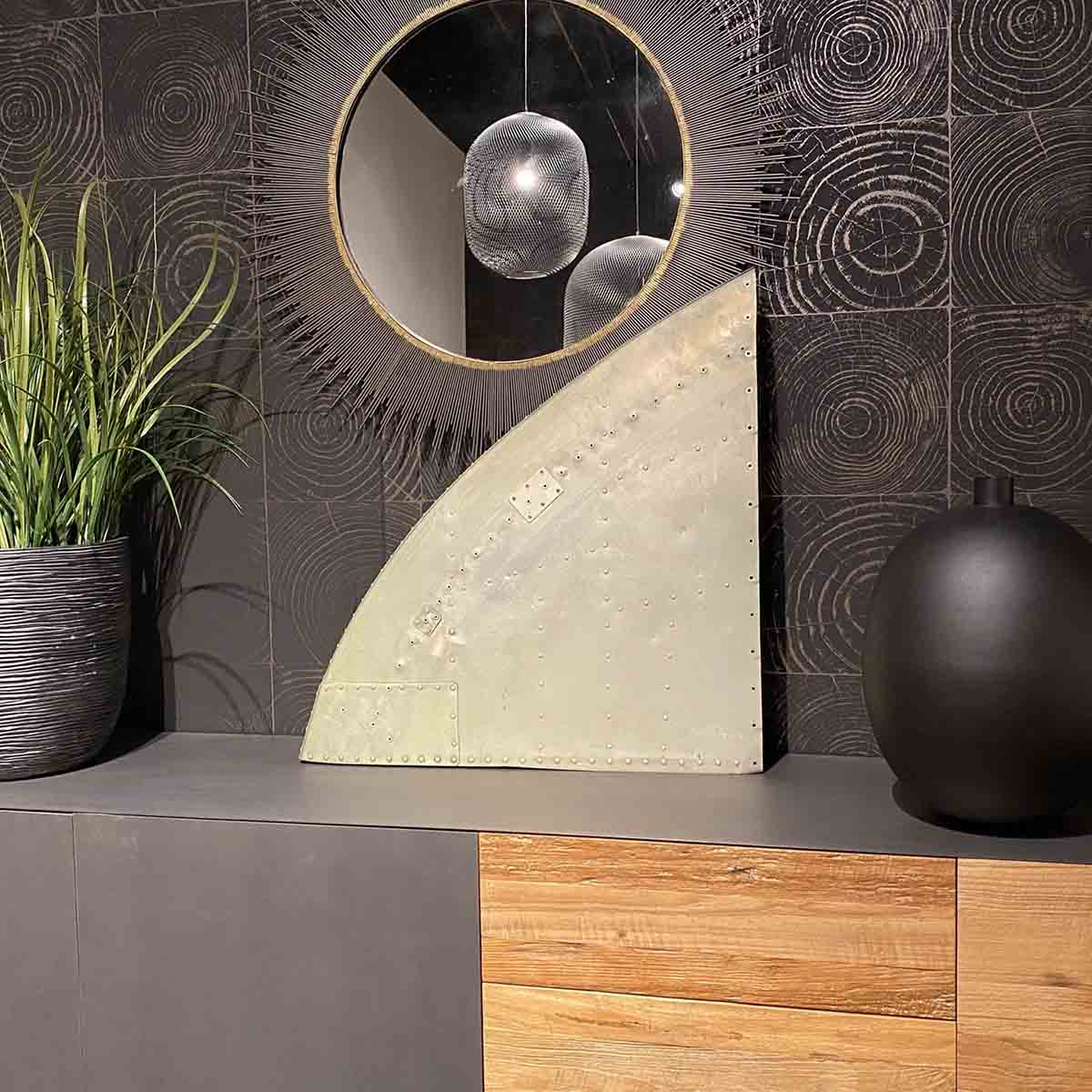 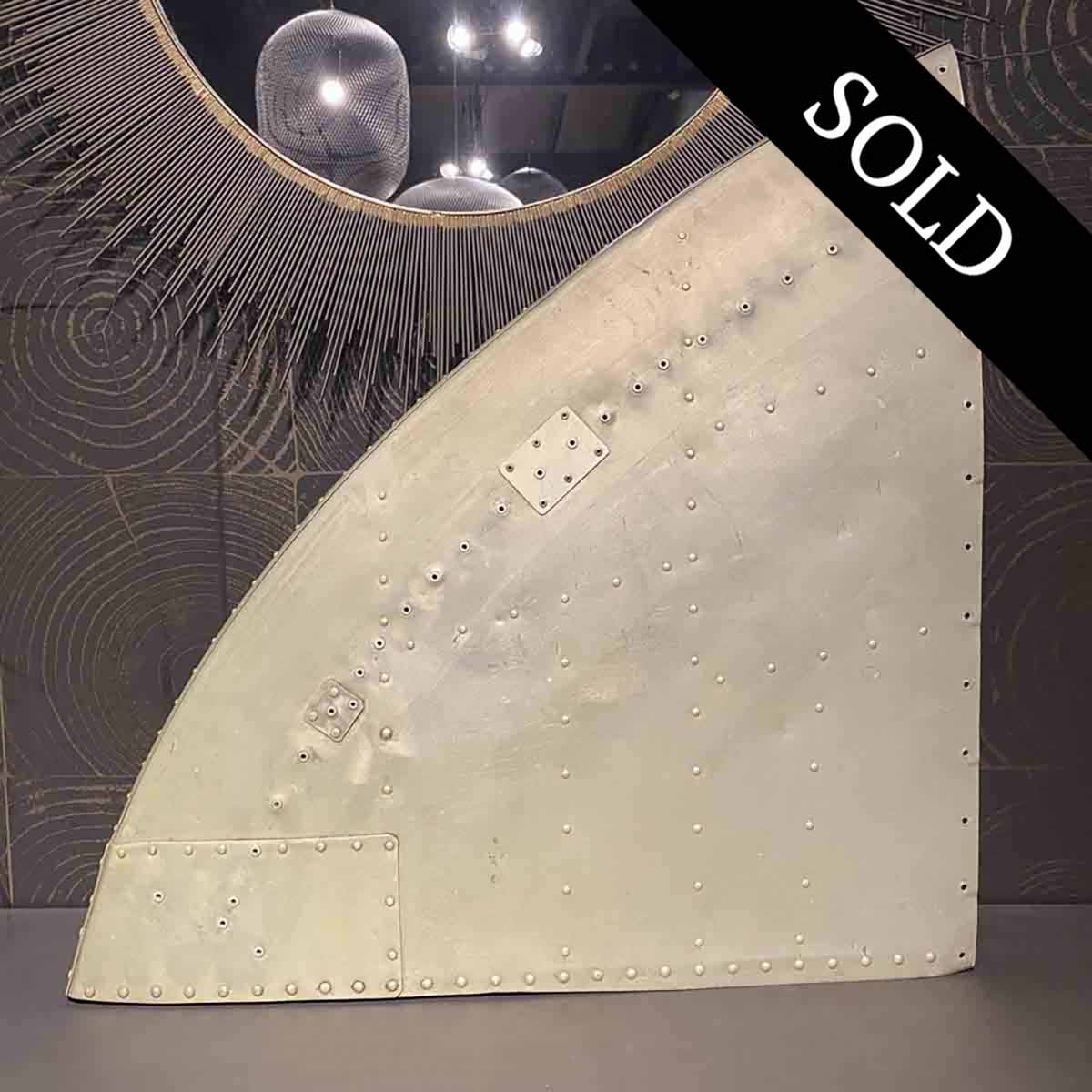 Original part of the horizontal stabiliser of a Douglas DC-3/C-47 Dakota/Skytrain. This part was once attached to the horizontal of one of the thousands of DC-3s/C-47s built.

Since horizontal stabilisers were interchangeable between aircraft we don’t know the history of this specific element. It is a lightweight element that has a very smooth greenish colour, therefore fitting for almost any environment.