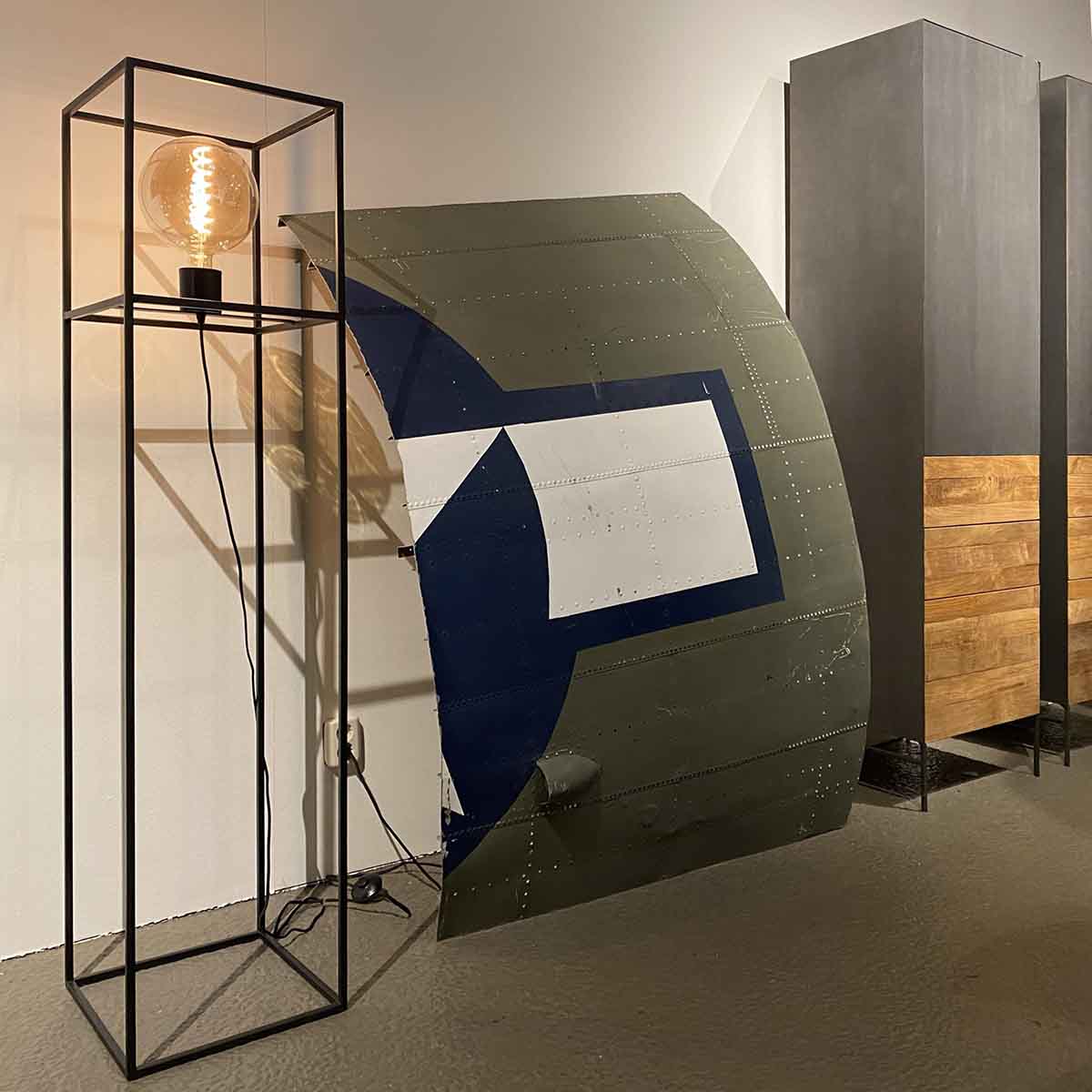 This is a part of the skin that was located on right side, just before the tail. The part was removed from the wreckage and repainted with part of a United States Army Air Force (USAAF) roundel after the mishap in the Netherlands.

We also have two other skin panels available; info here and here.