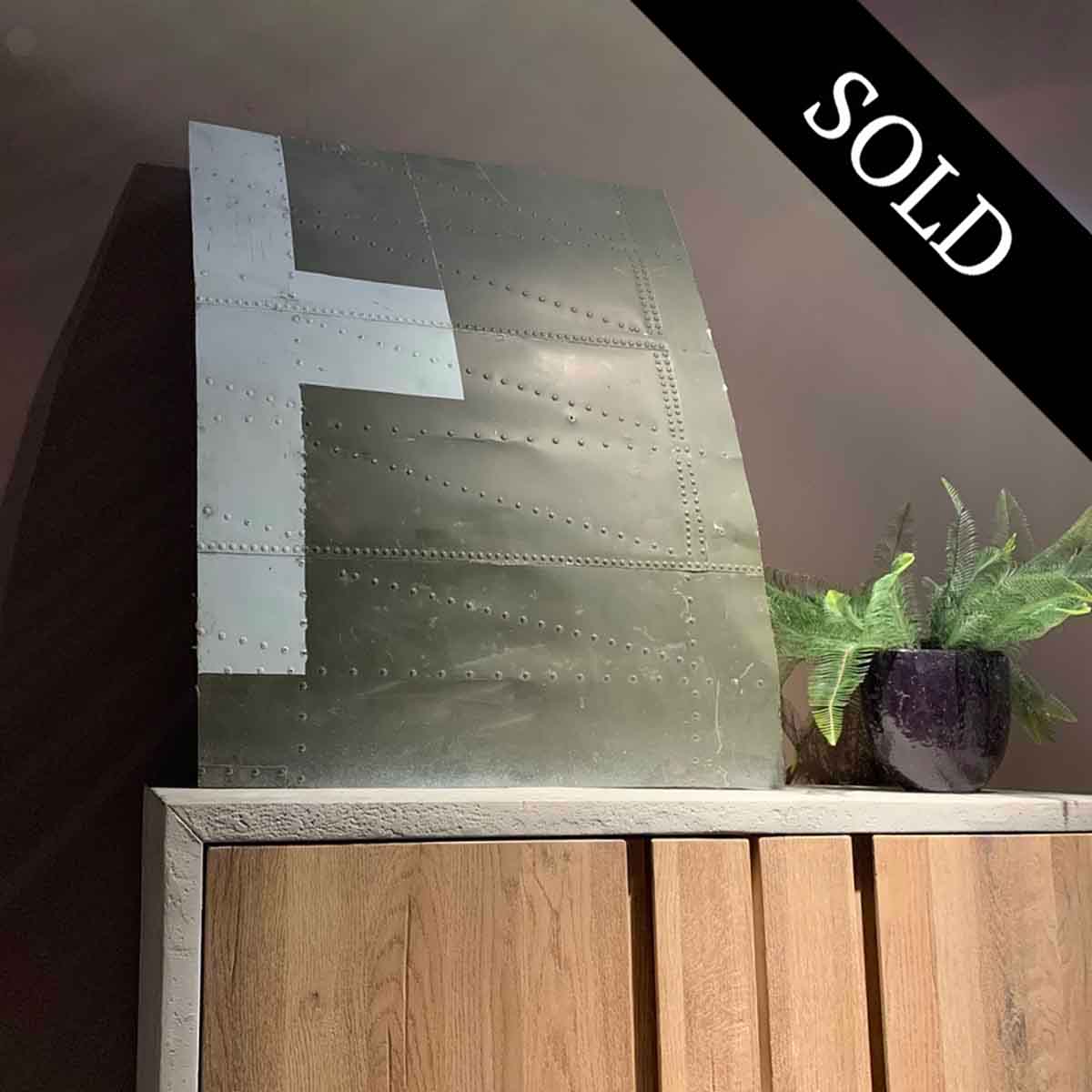 This is a part of the fuselage skin that was located on the left side, just before the wing root. The part still shows part of the ‘4’ that was painted on the aircraft when it became part of a museum in Arlon, Belgium.

We also have two other skin panels available; info here and here.