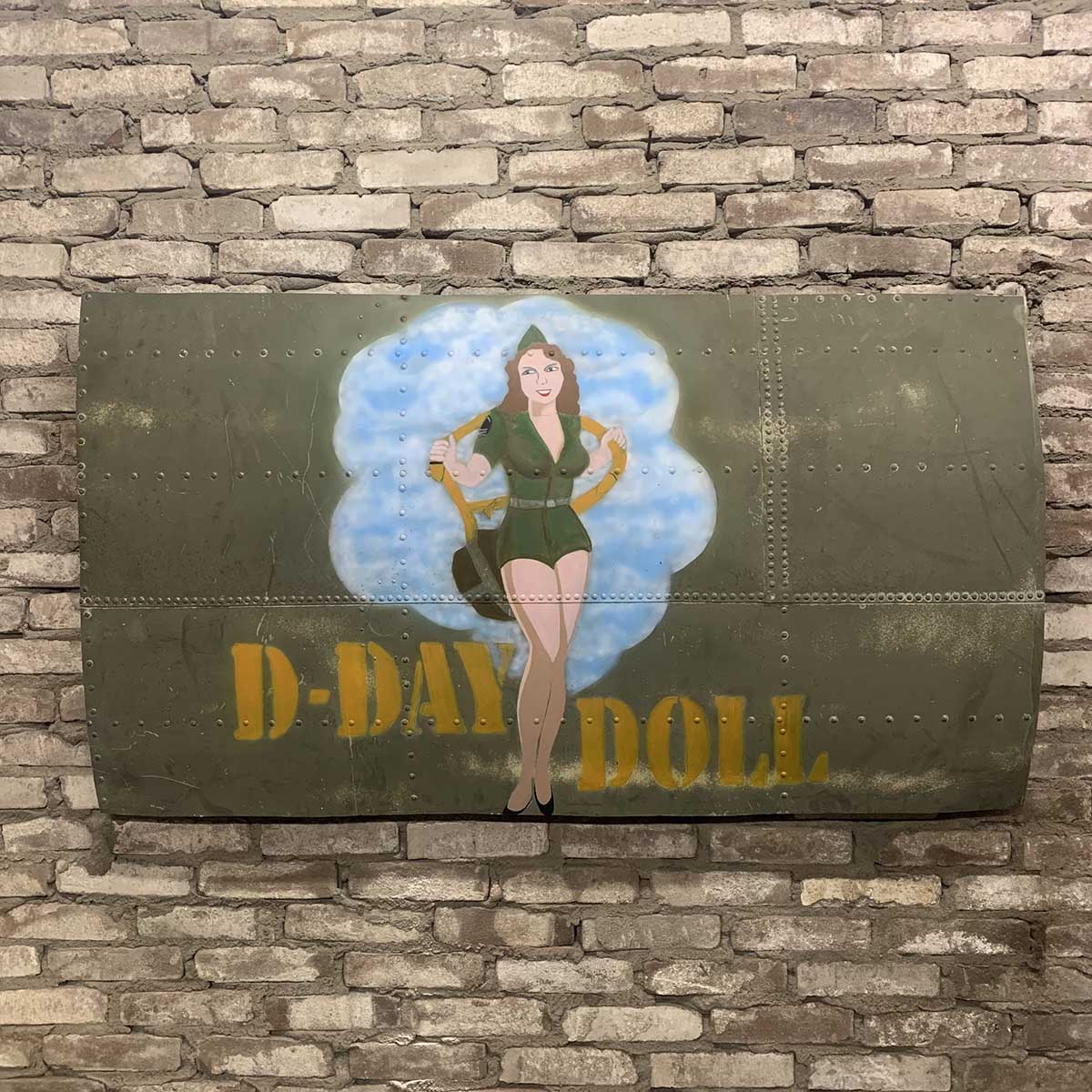 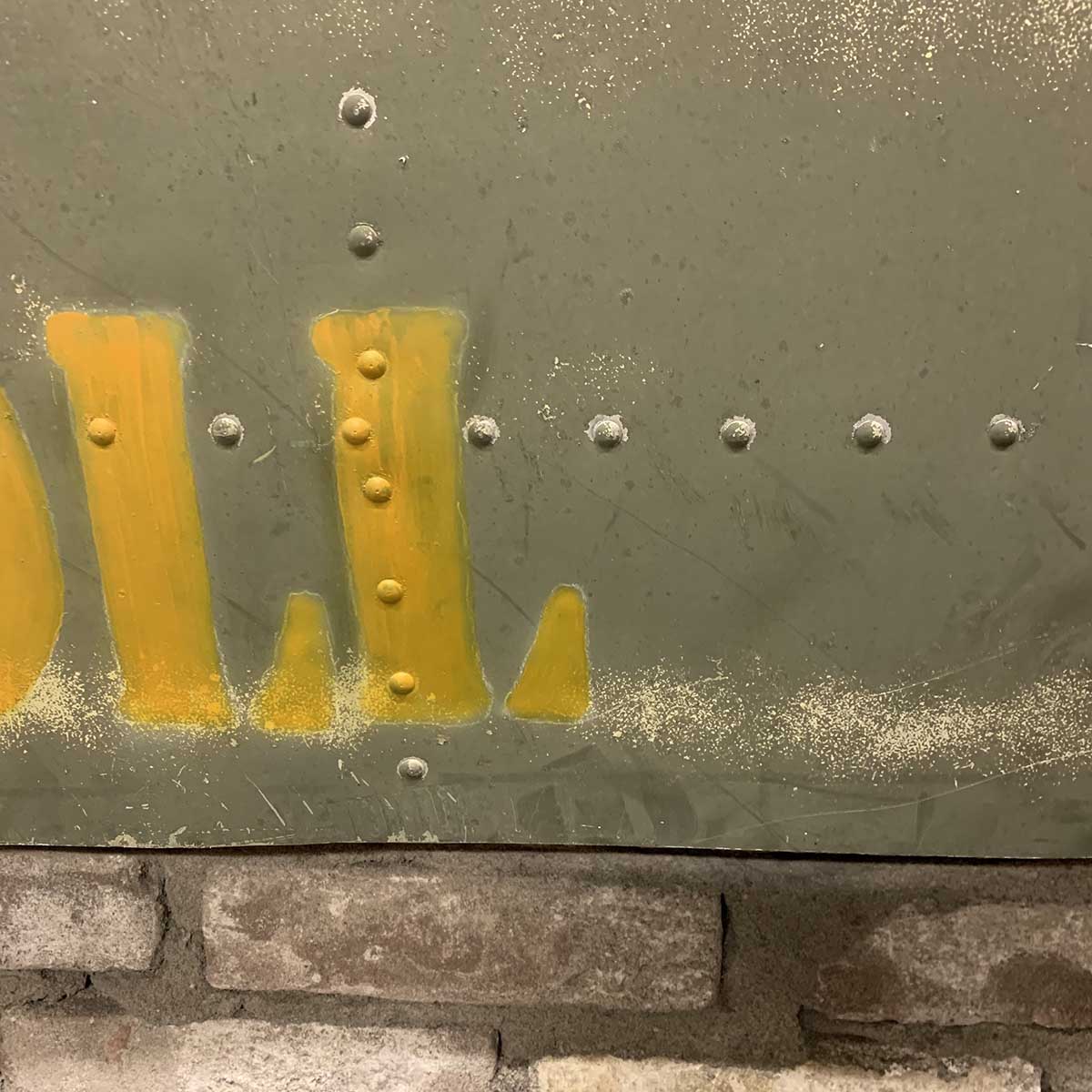 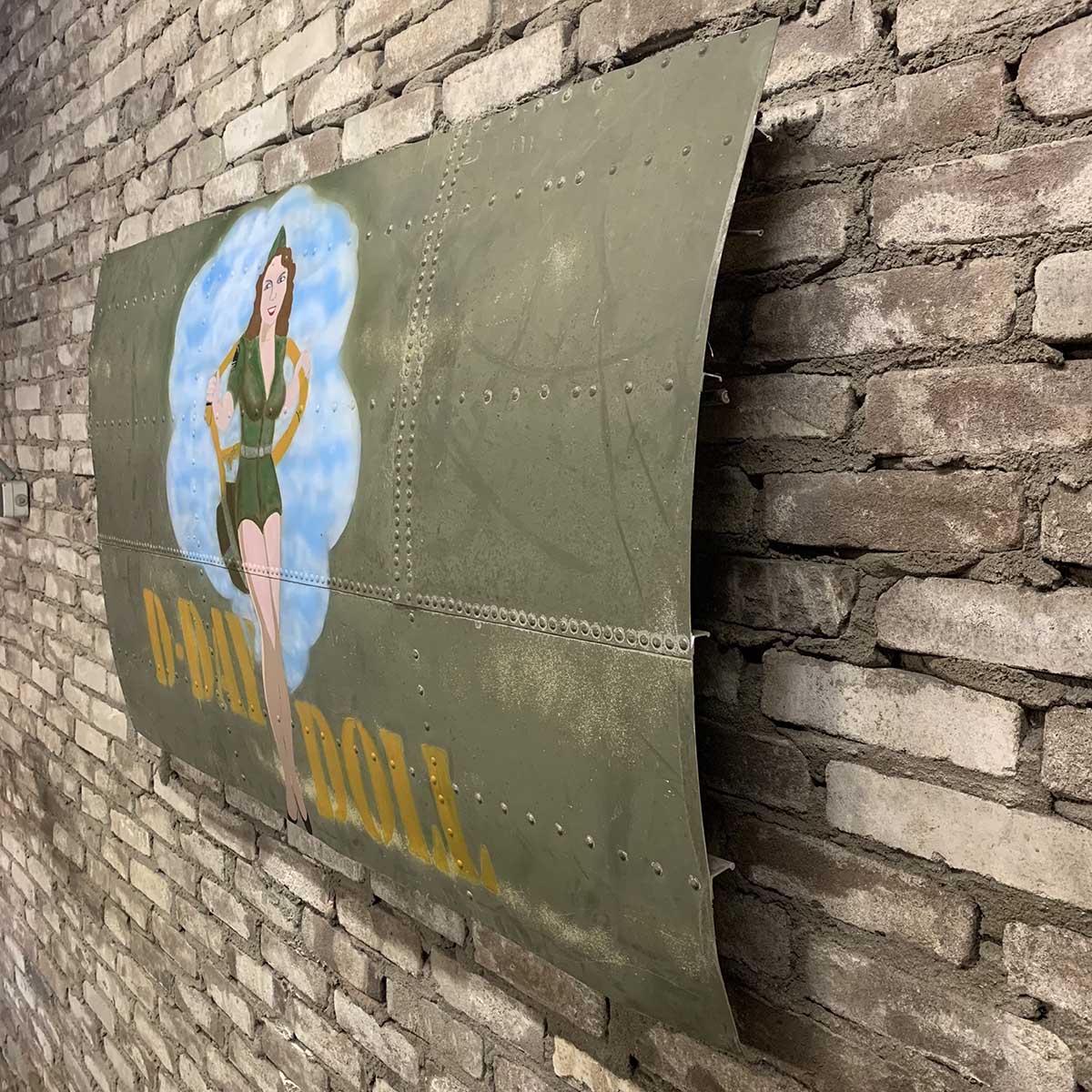 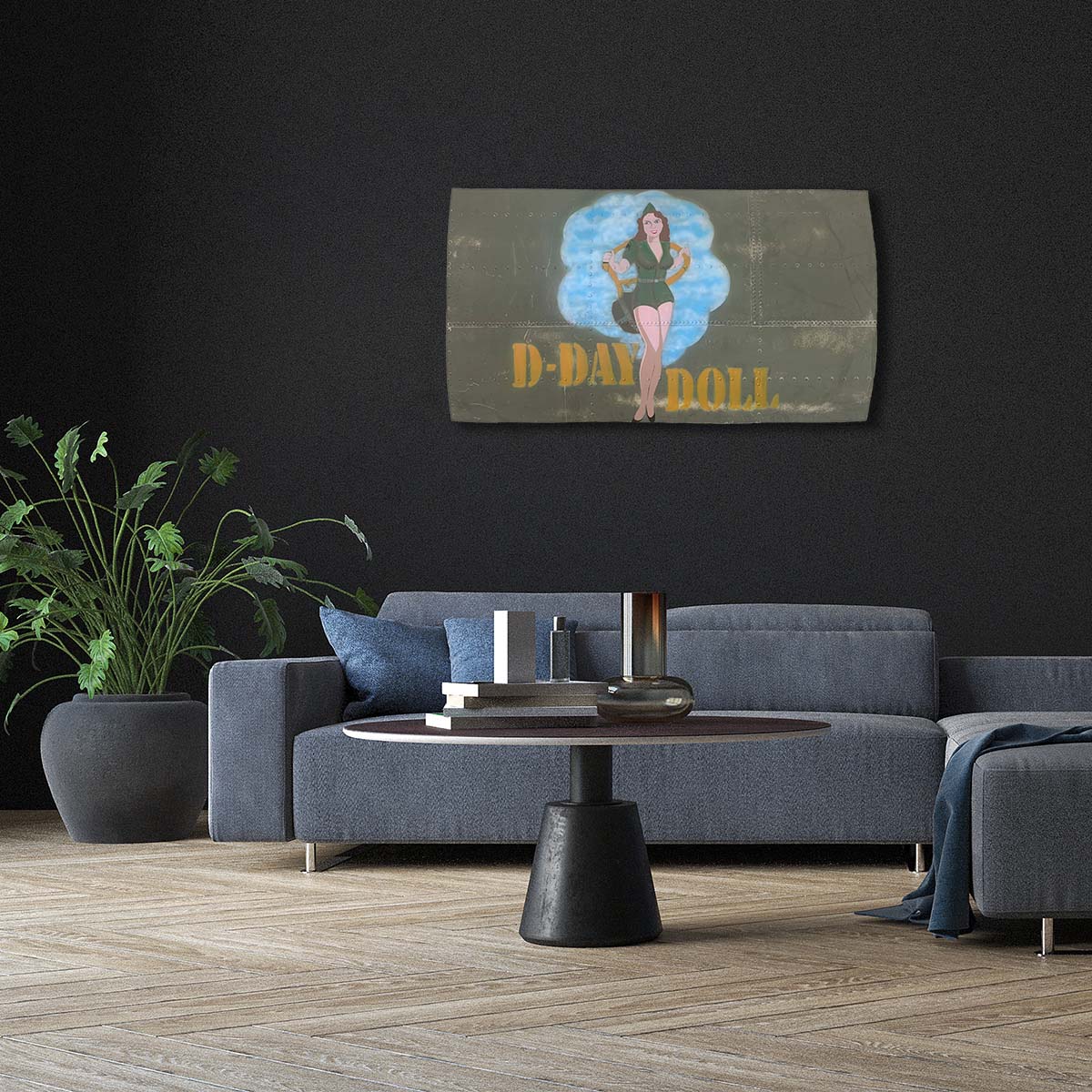 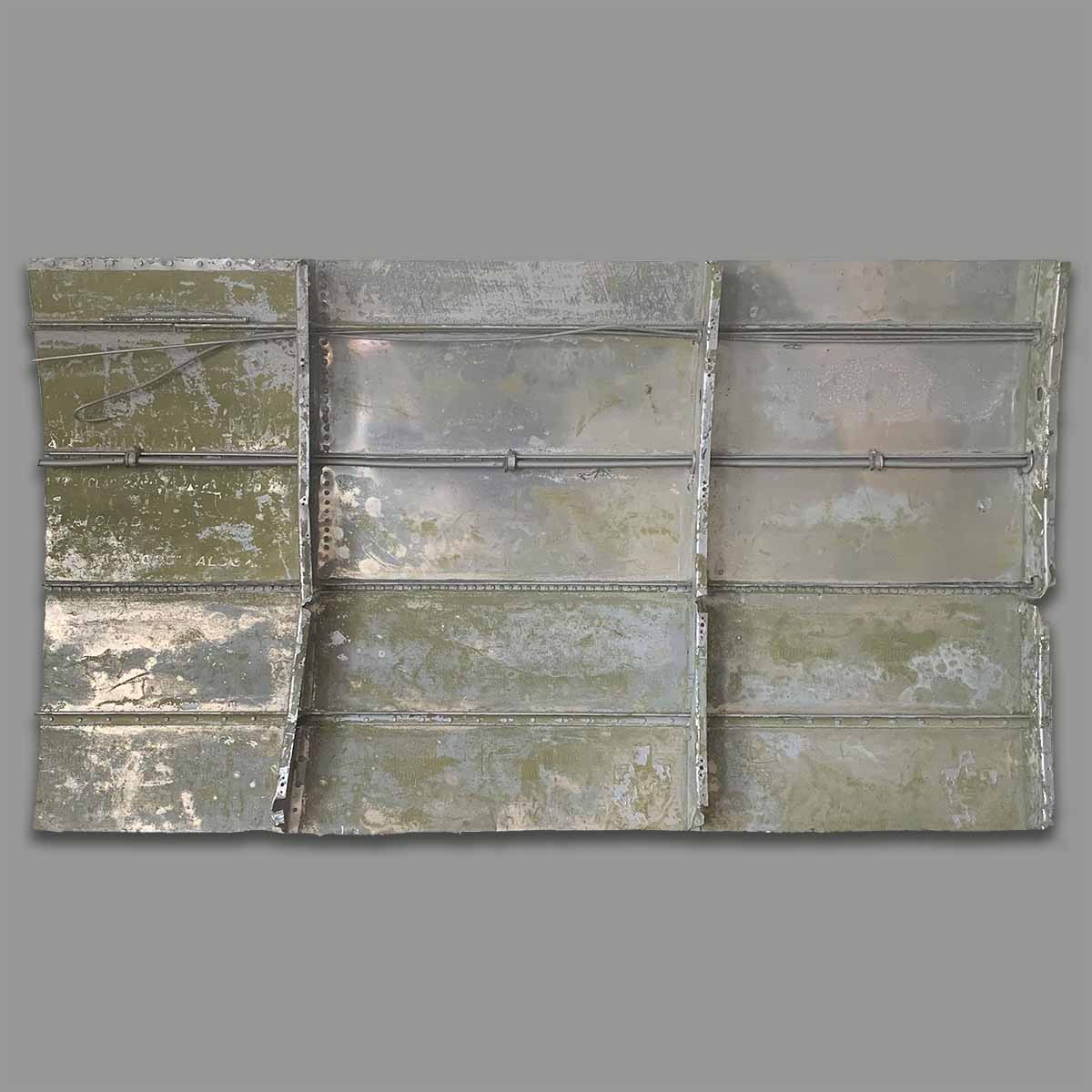 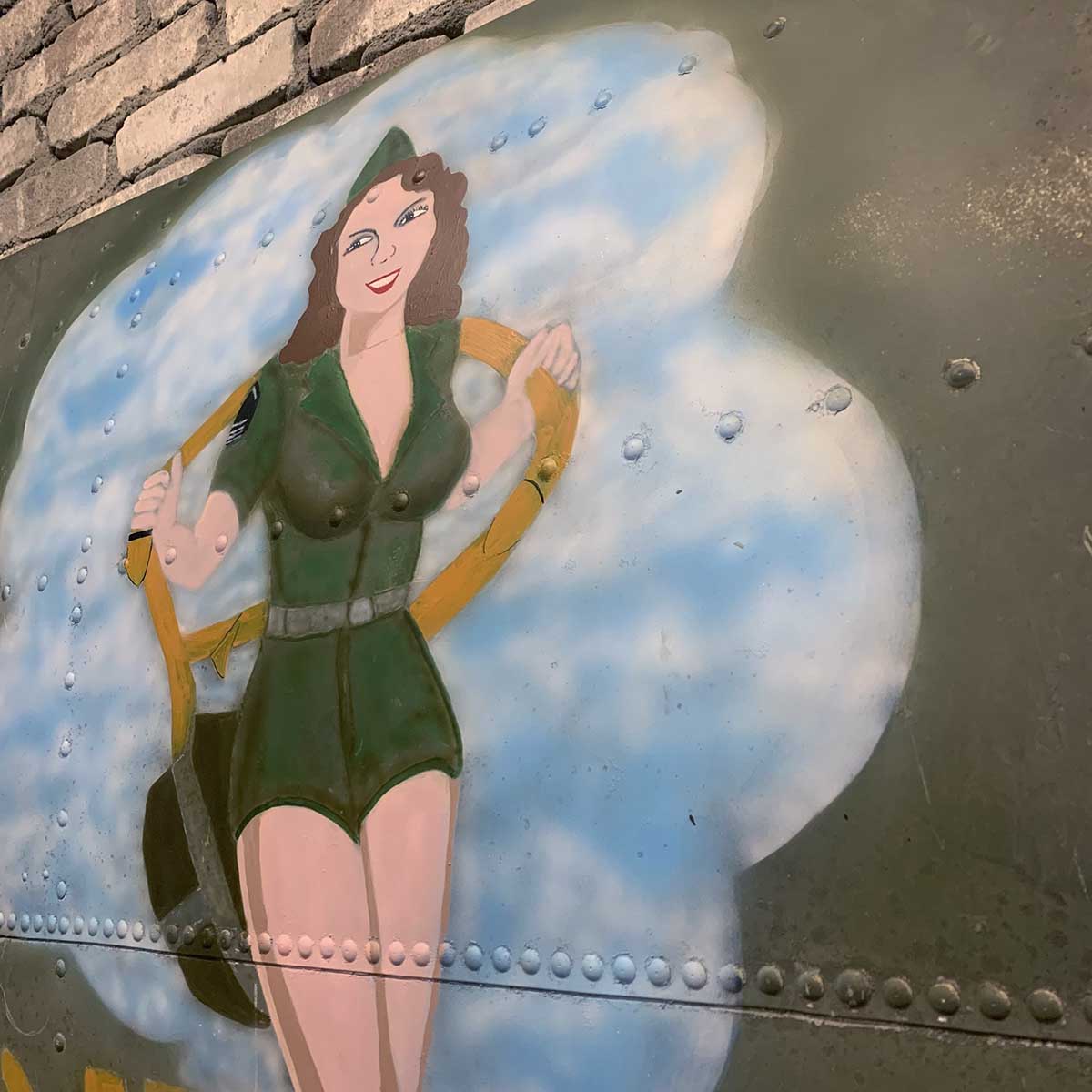 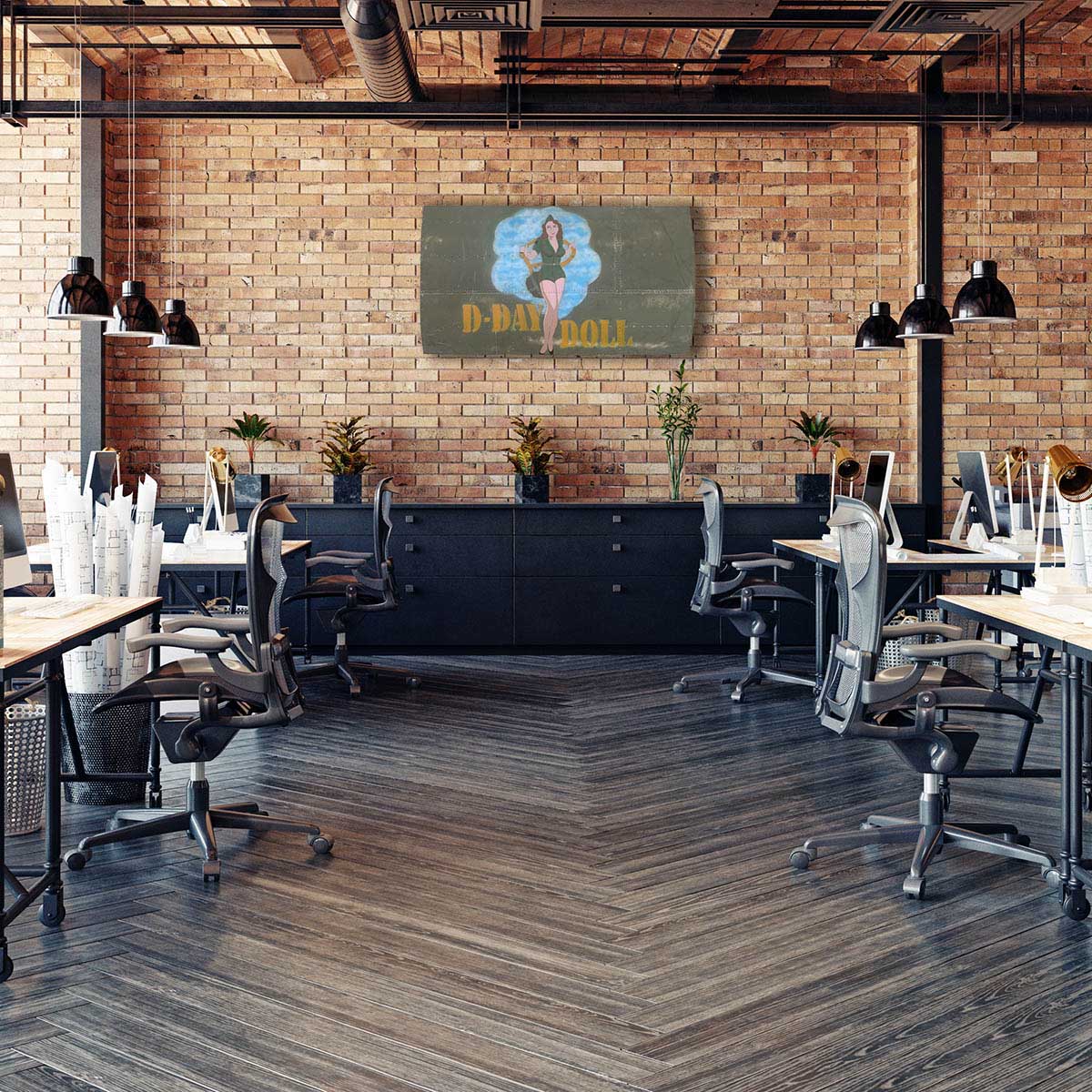 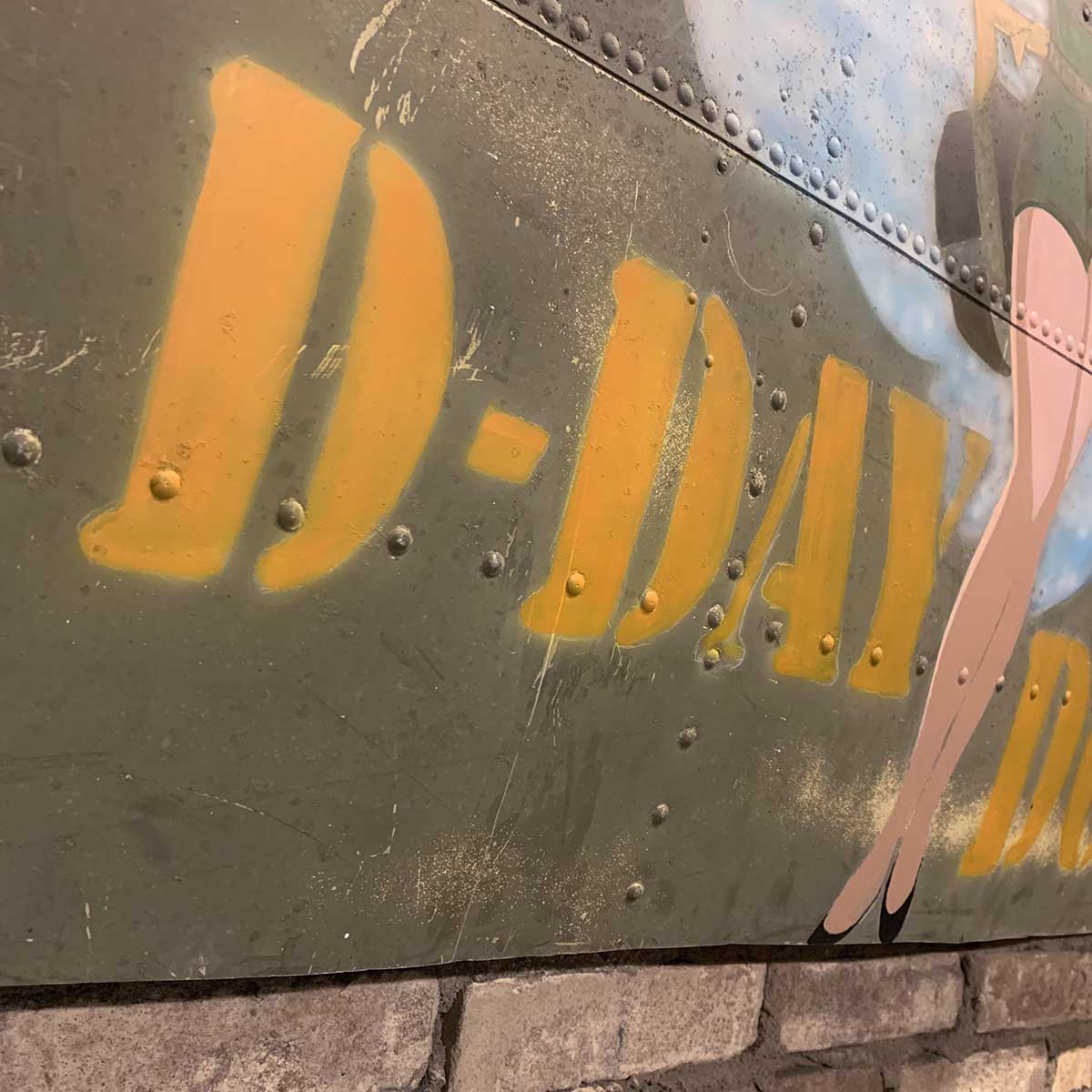 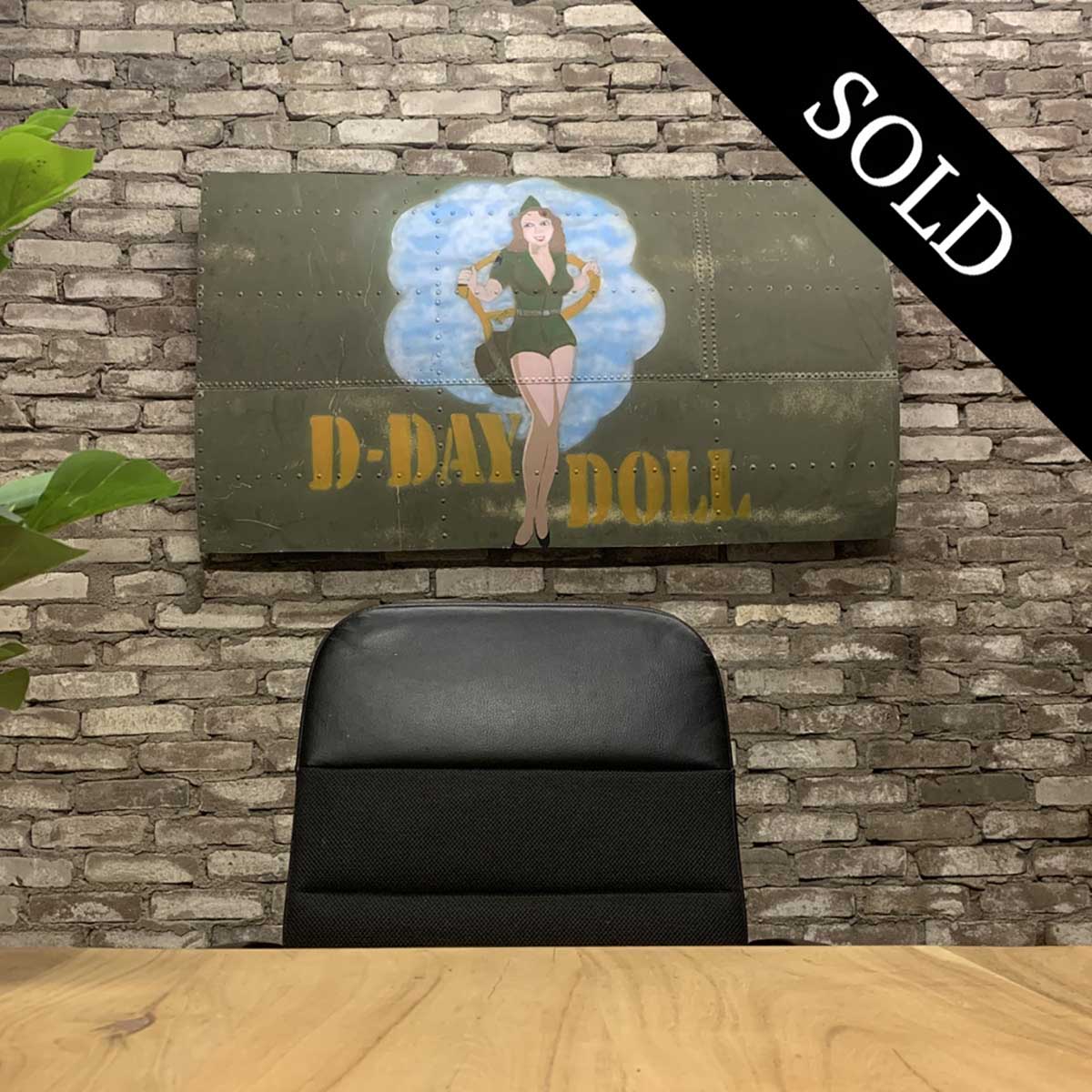 This is a rare and original piece of fuselage skin of World War II Douglas C-47B Dakota 44-76787. This aircraft was delivered to the United States Army Air Force on 24 April 1945 and transferred to the French Armée de l’Air the same year.

In 1946 it started a civil career and flew as such until the end of the 70s for several operators. Later, the C-47 became part of the Victory Memorial Museum at Arlon (Belgium), falsely marked ‘2100847/L4-B’. In 2002 the aircraft was brought to the Bevrijdende Vleugels museum (Wings of Liberation museum) in Best (the Netherlands).

Many Dutch people will recall a bizarre incident with a Dakota that got stuck under an overpass in August 2010. The aircraft was loaded on a truck and on its way from Best to the former Naval Air Station Valkenburg, where it was to become an inspiring backdrop for the musical ‘Soldier of Orange’. The fuselage and engines were wider than the overpass, leading to irreparable damage to the airframe. The remains were later sold and we were able to obtain several pieces of the fuselage skin.

We have asked Marcel Teggeler to paint his interpretation of the original nose art of C-53D 42-68830 on this skin panel. This particular Dakota took part in the D-Day operation, operation Overlord and dropped parachutists during Market Garden.

The actual 42-68830 is still operational today, carrying the D-Day Doll nose art and it took part in the celebrations for the 75th anniversary of D-Day in June 2019.