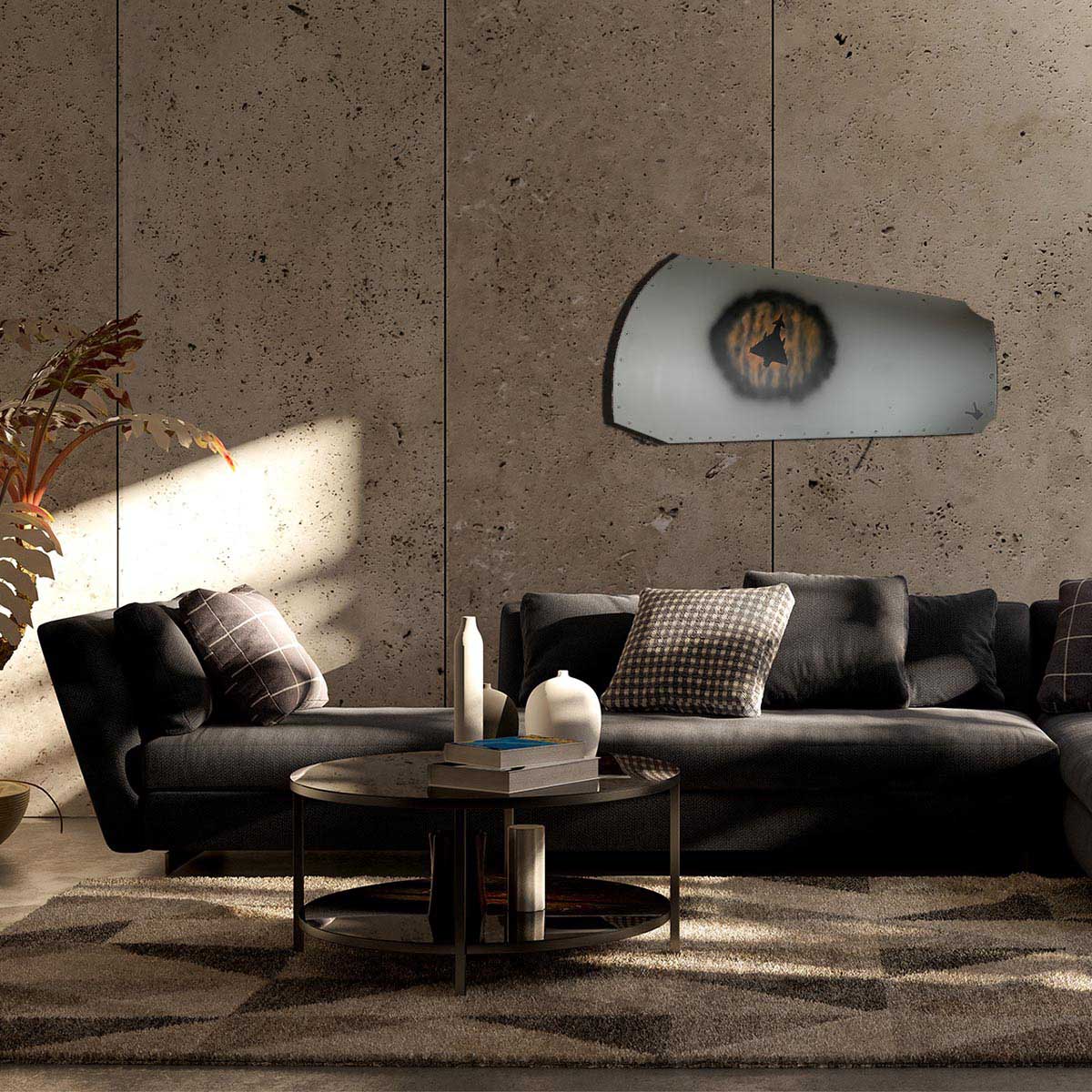 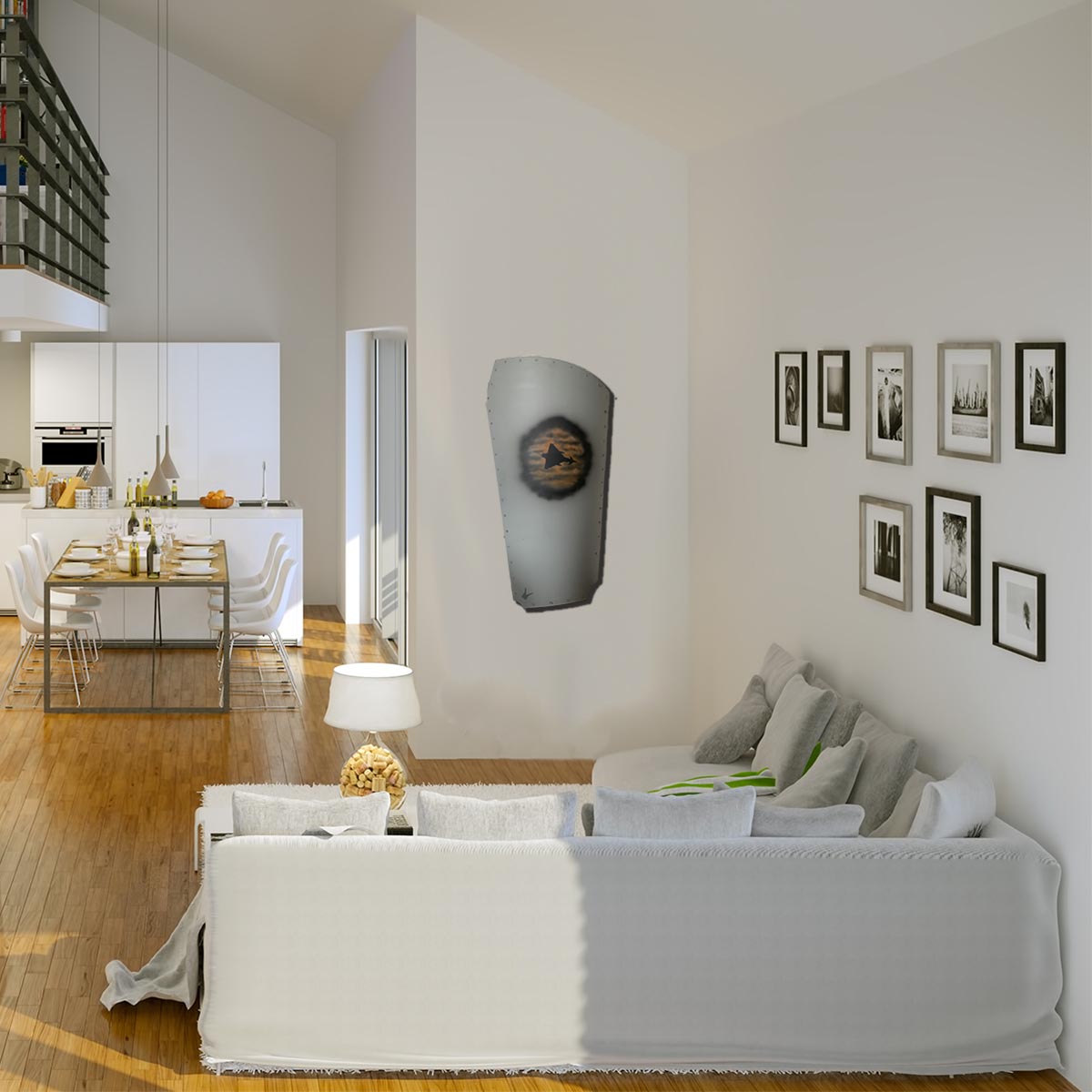 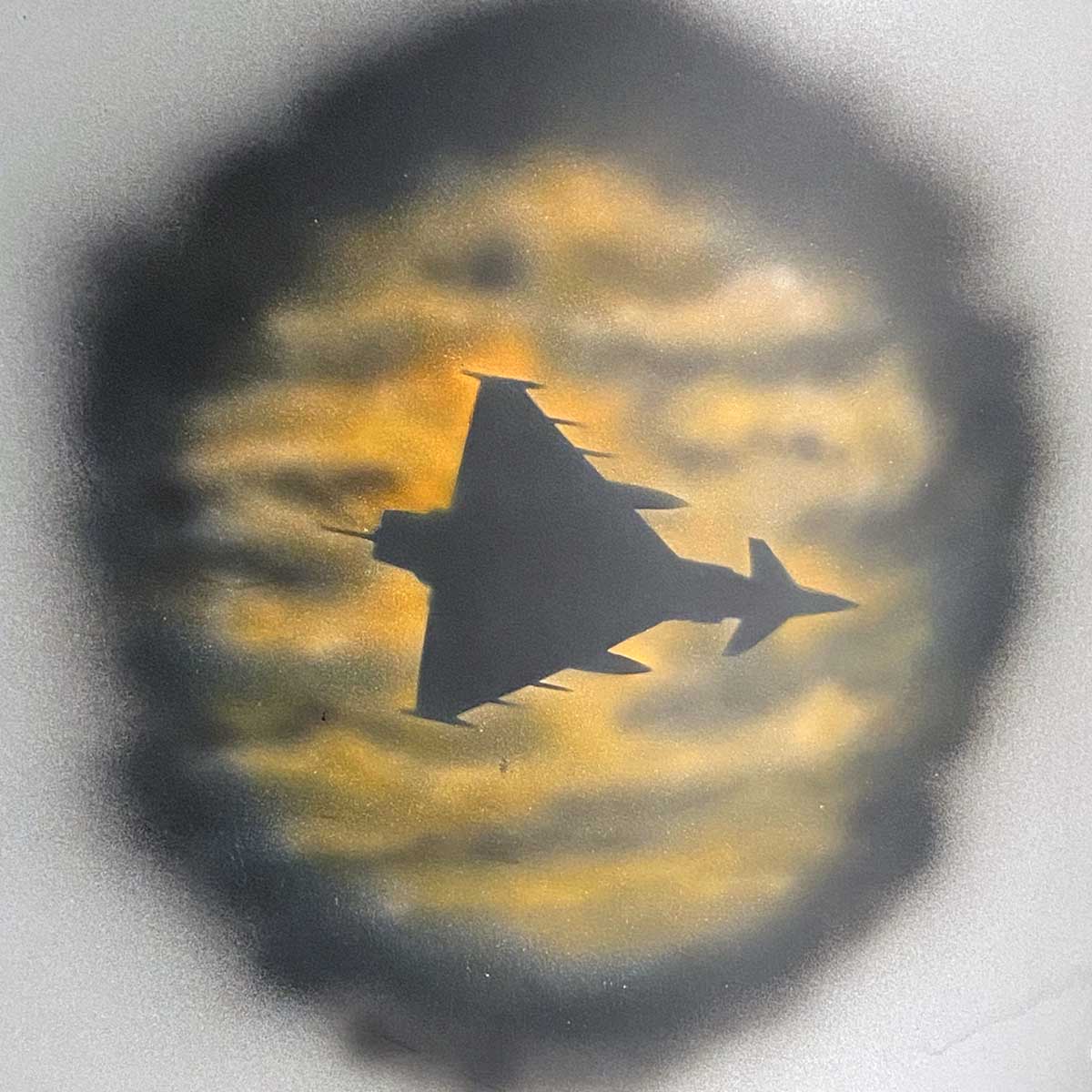 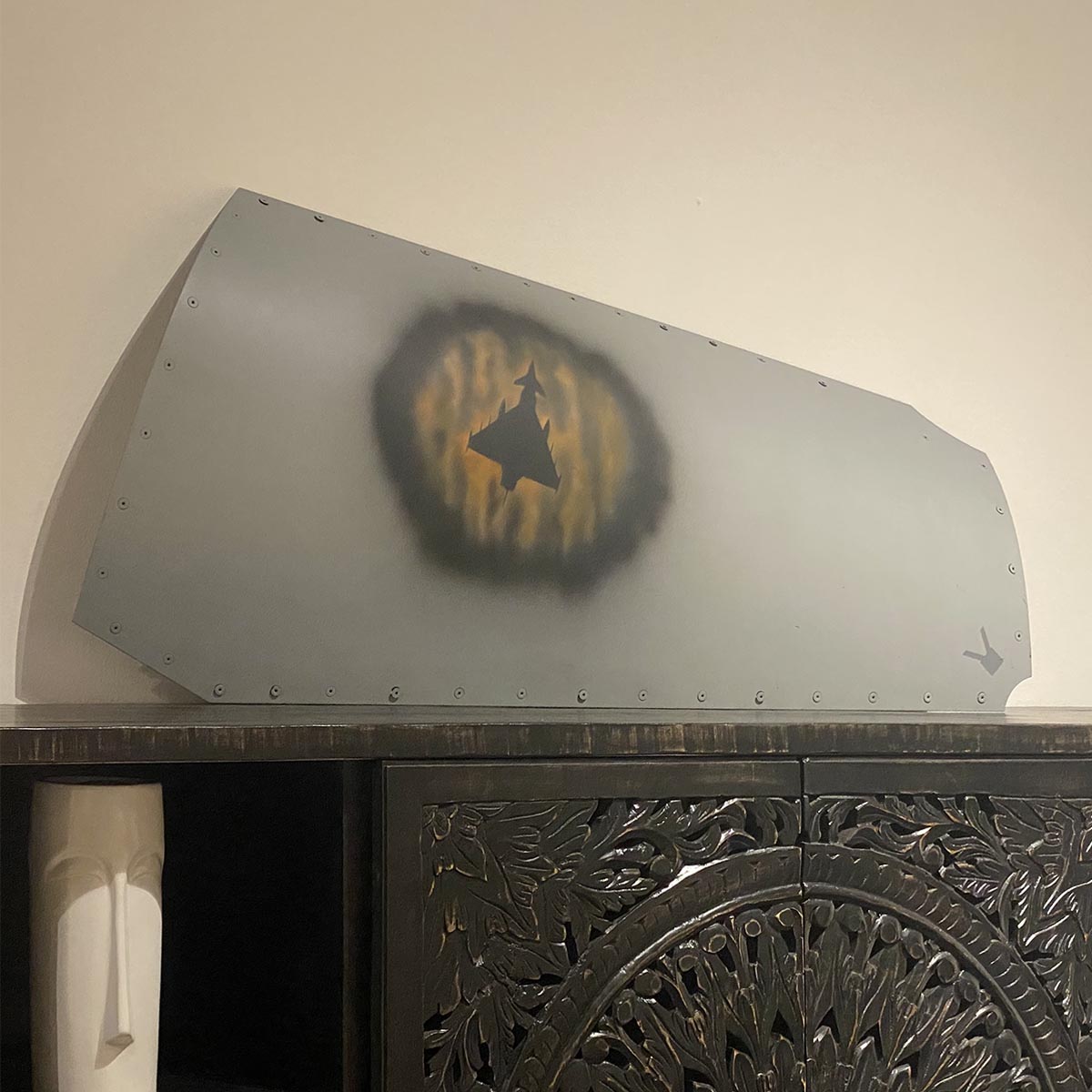 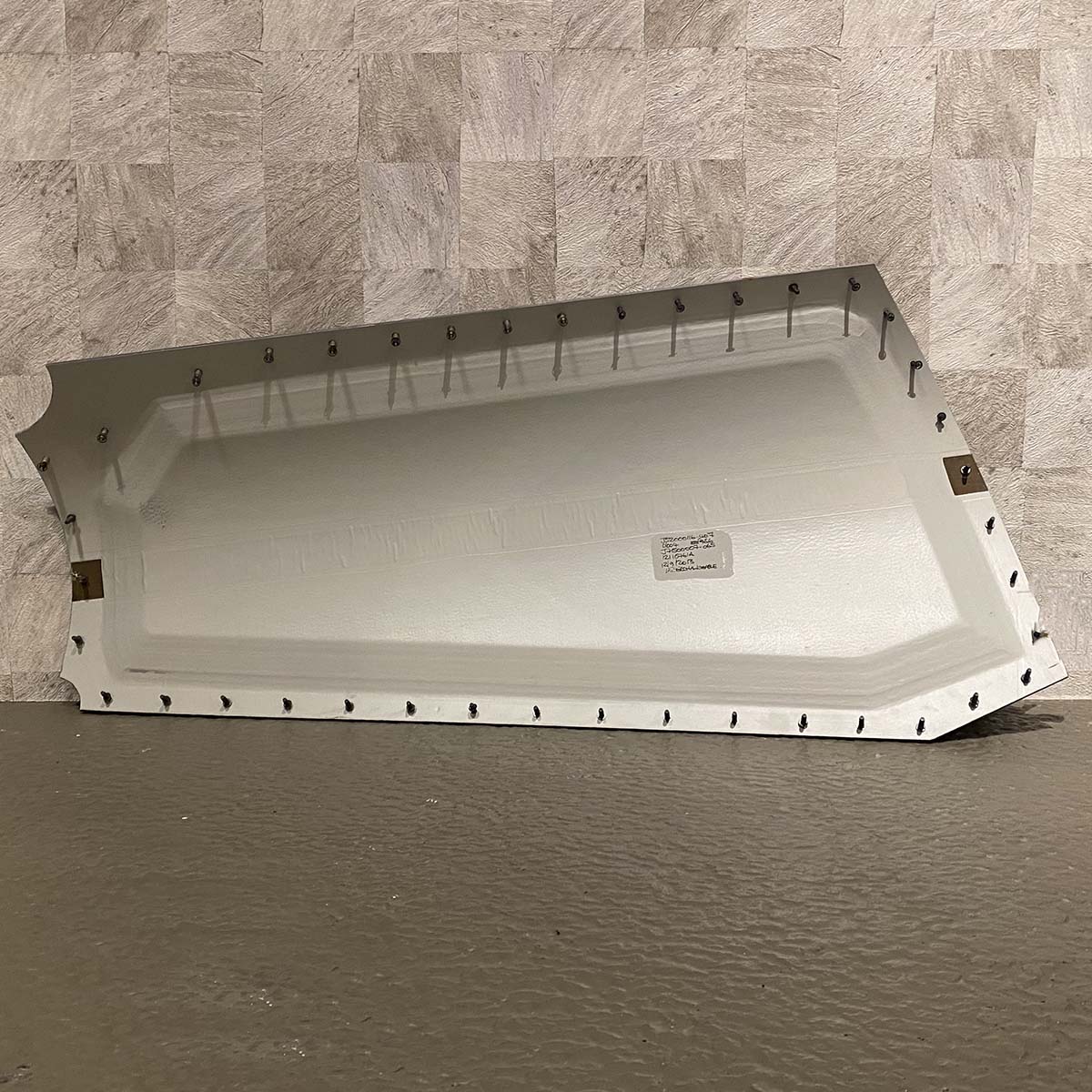 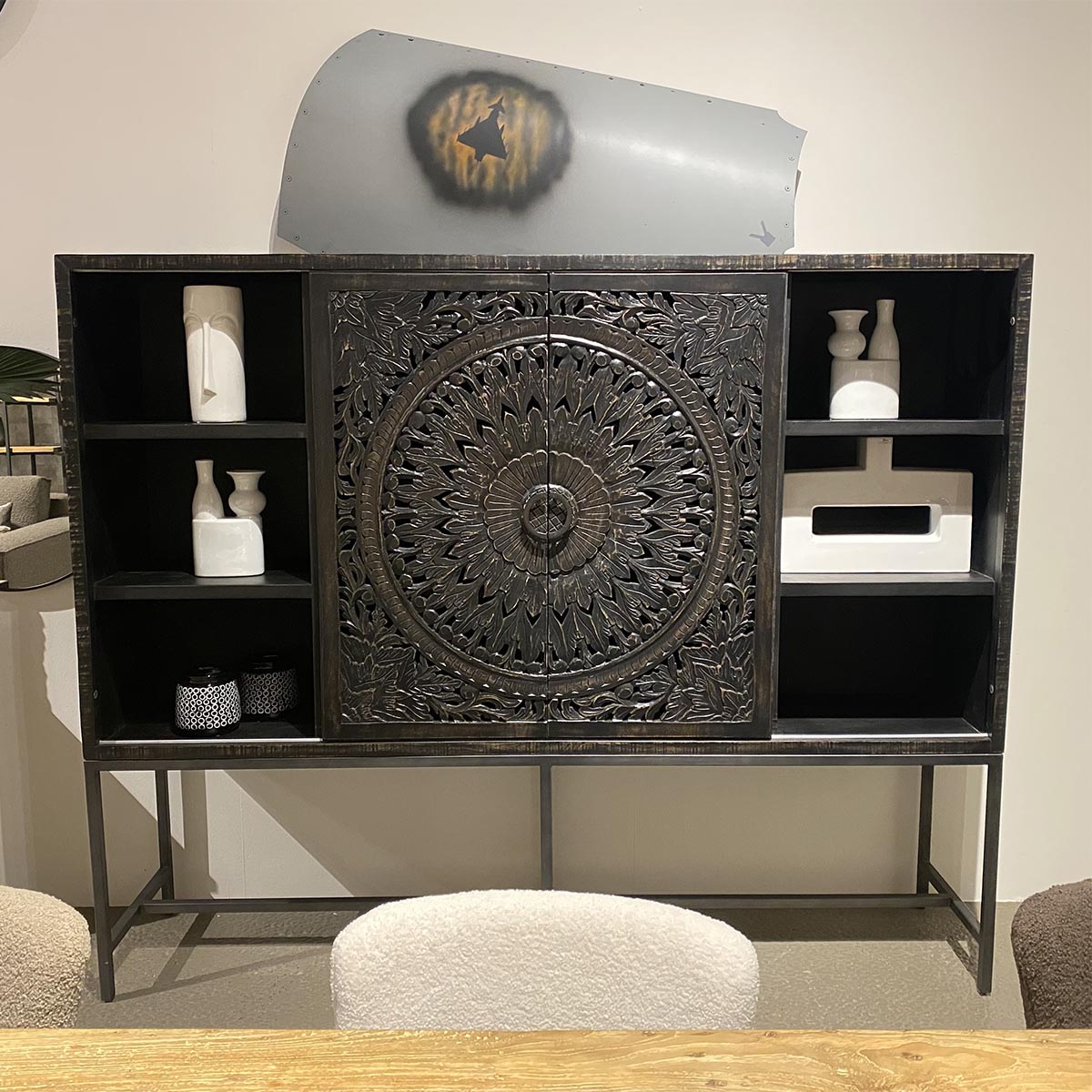 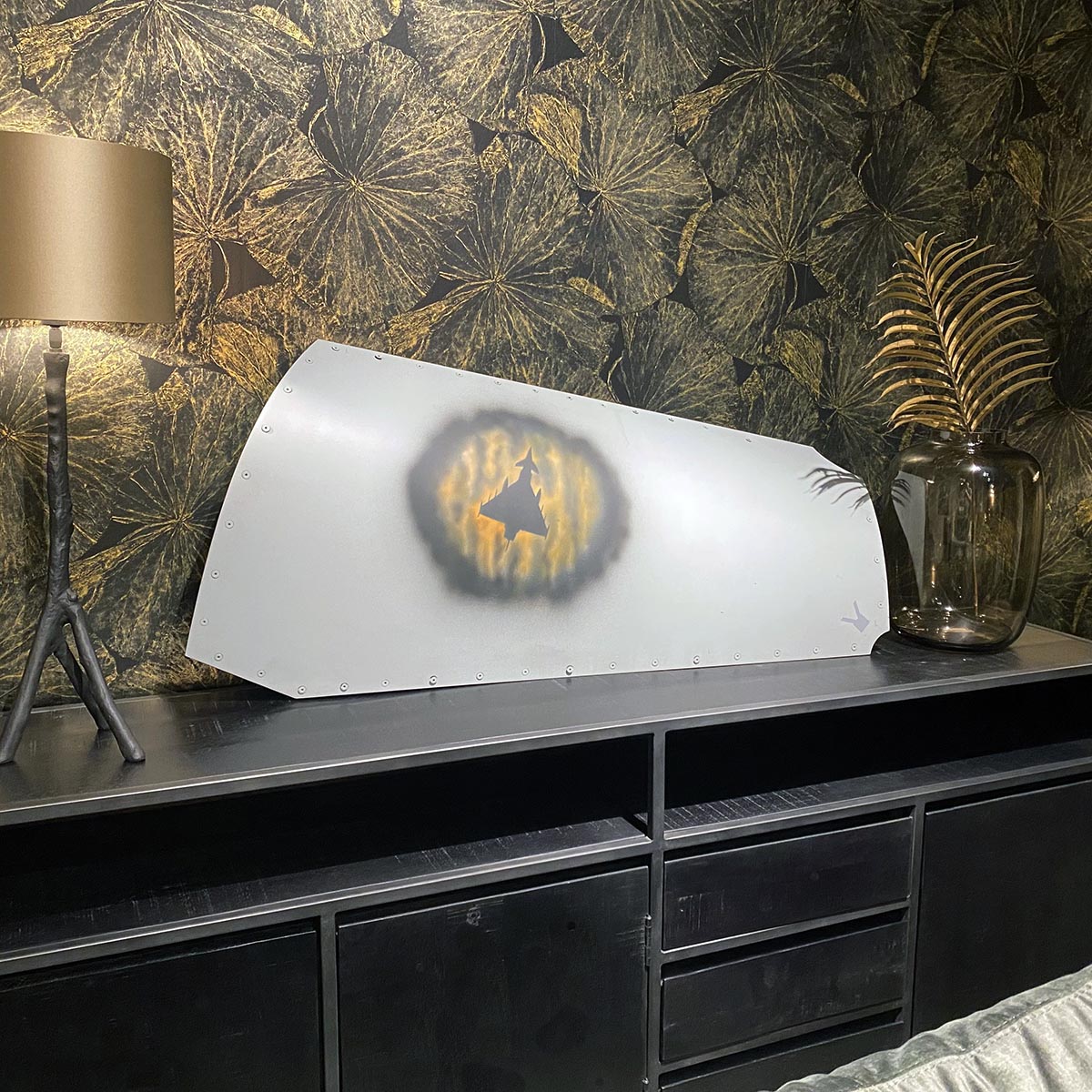 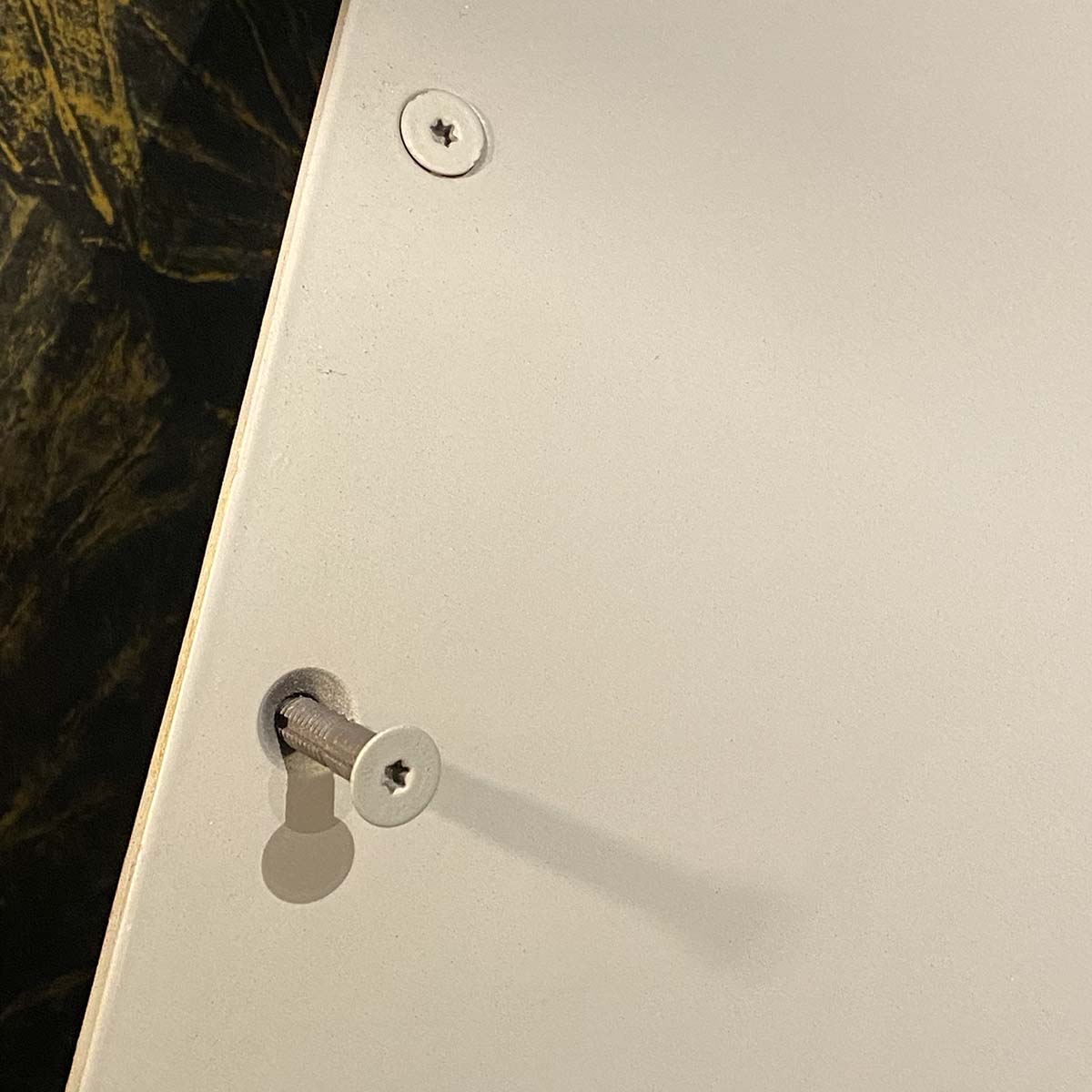 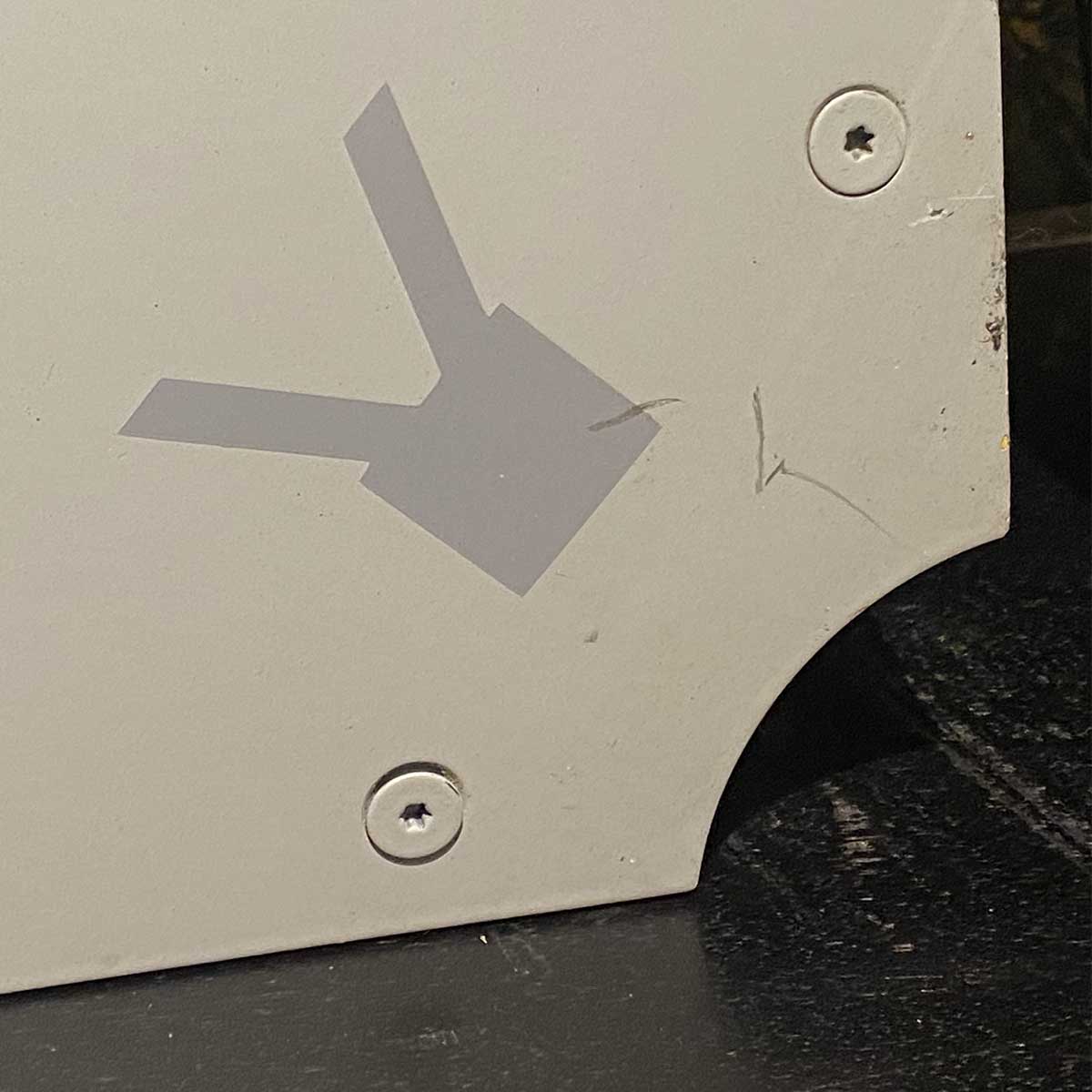 This is an original lightweight skin panel of a Eurofighter Typhoon. The Typhoon, originally named EFA and also known as Eurofighter 2000, is European multinational multirole fighter. It was developed by Germany, Italy, Spain and the United Kingdom. Besides these four partner countries, a number of other air forces have started operating the type. Production is still running and more than 550 have been built already

This skin panel is normally located under the nose of a Typhoon. We handed it to Marcel Teggeler, a Dutch airbrush artist. He added a silhouette of a Typhoon over dark mysterious skies. This resulted in a very decorative item that is perfect to fill a space on a mancave or living room for anyone that loves the Eurofighter.