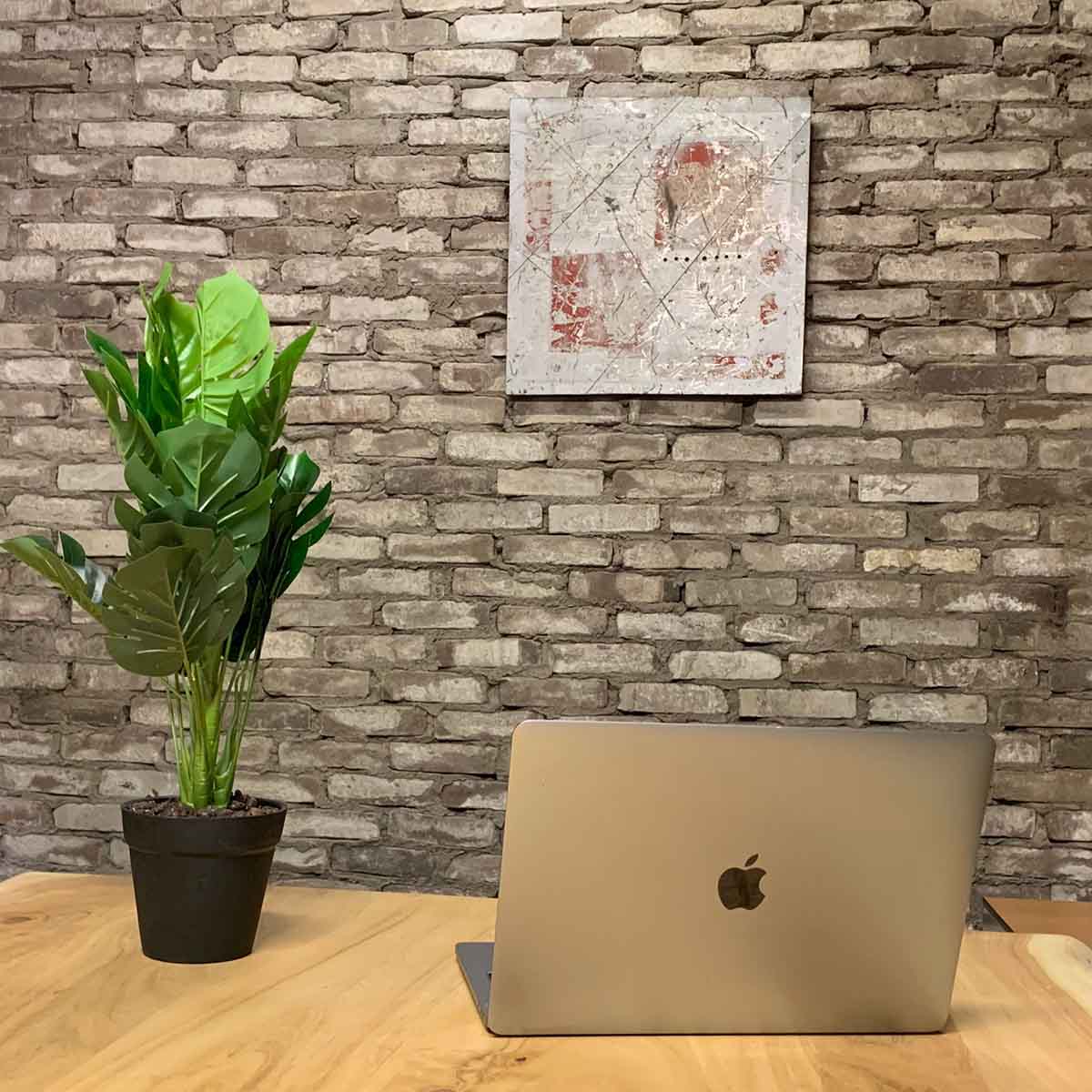 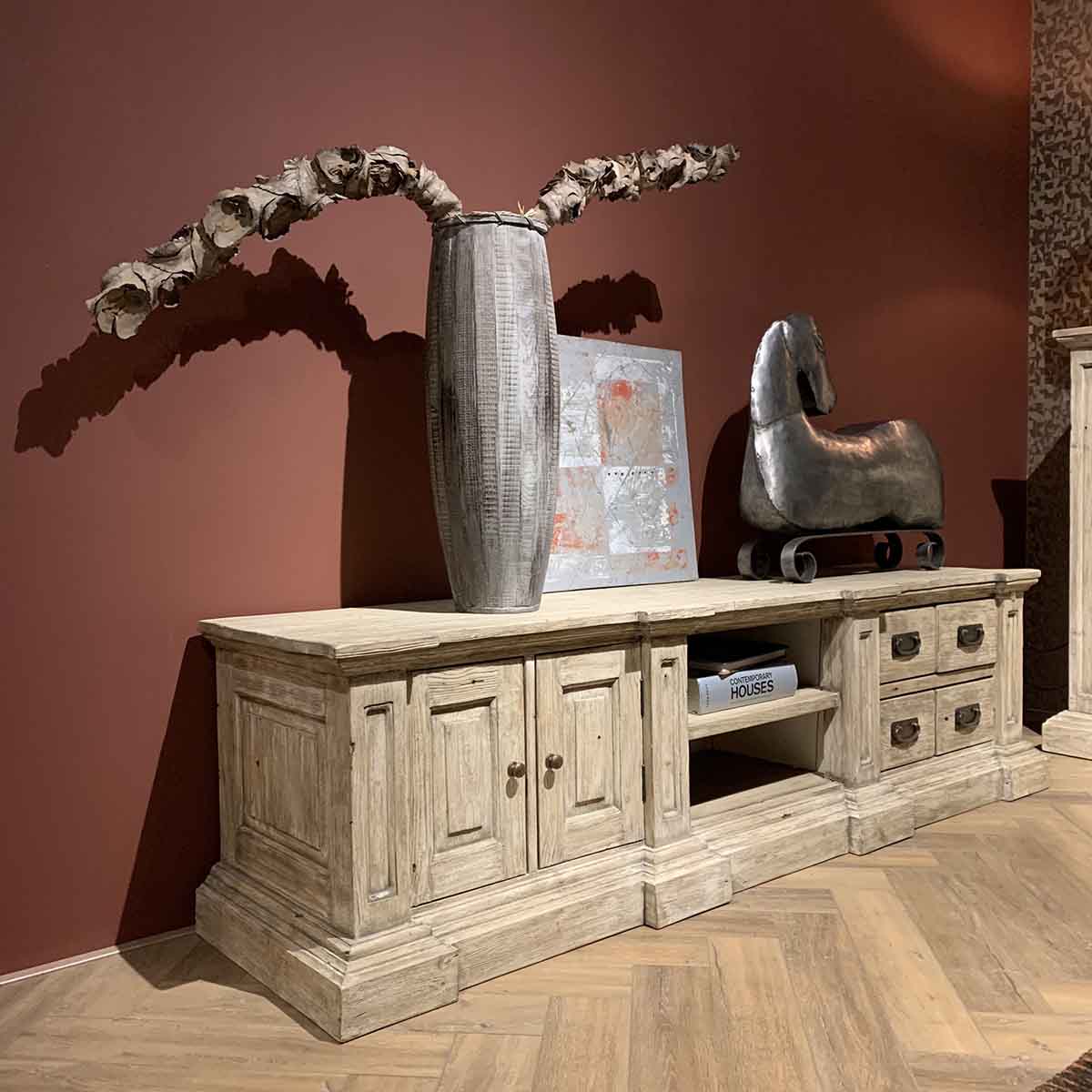 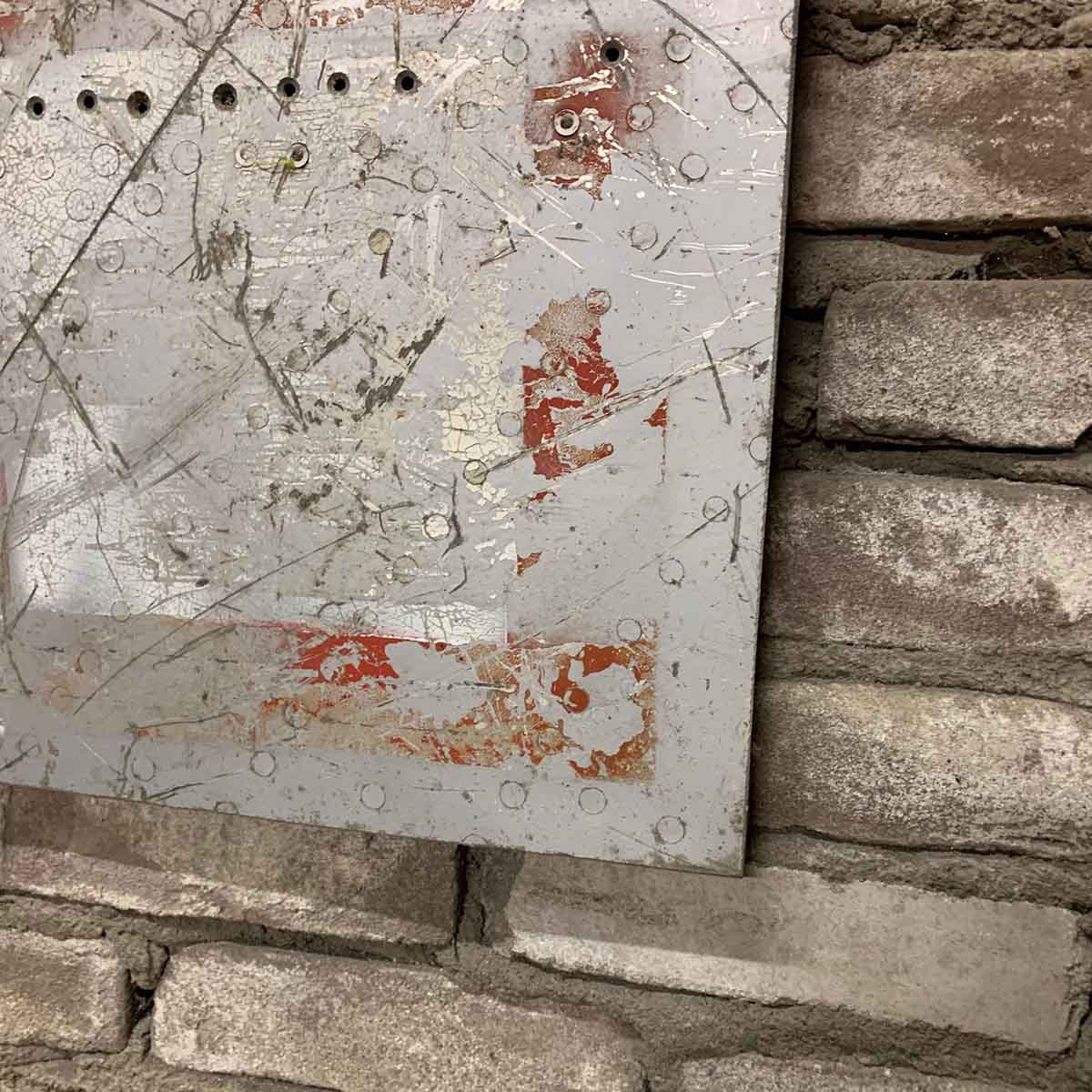 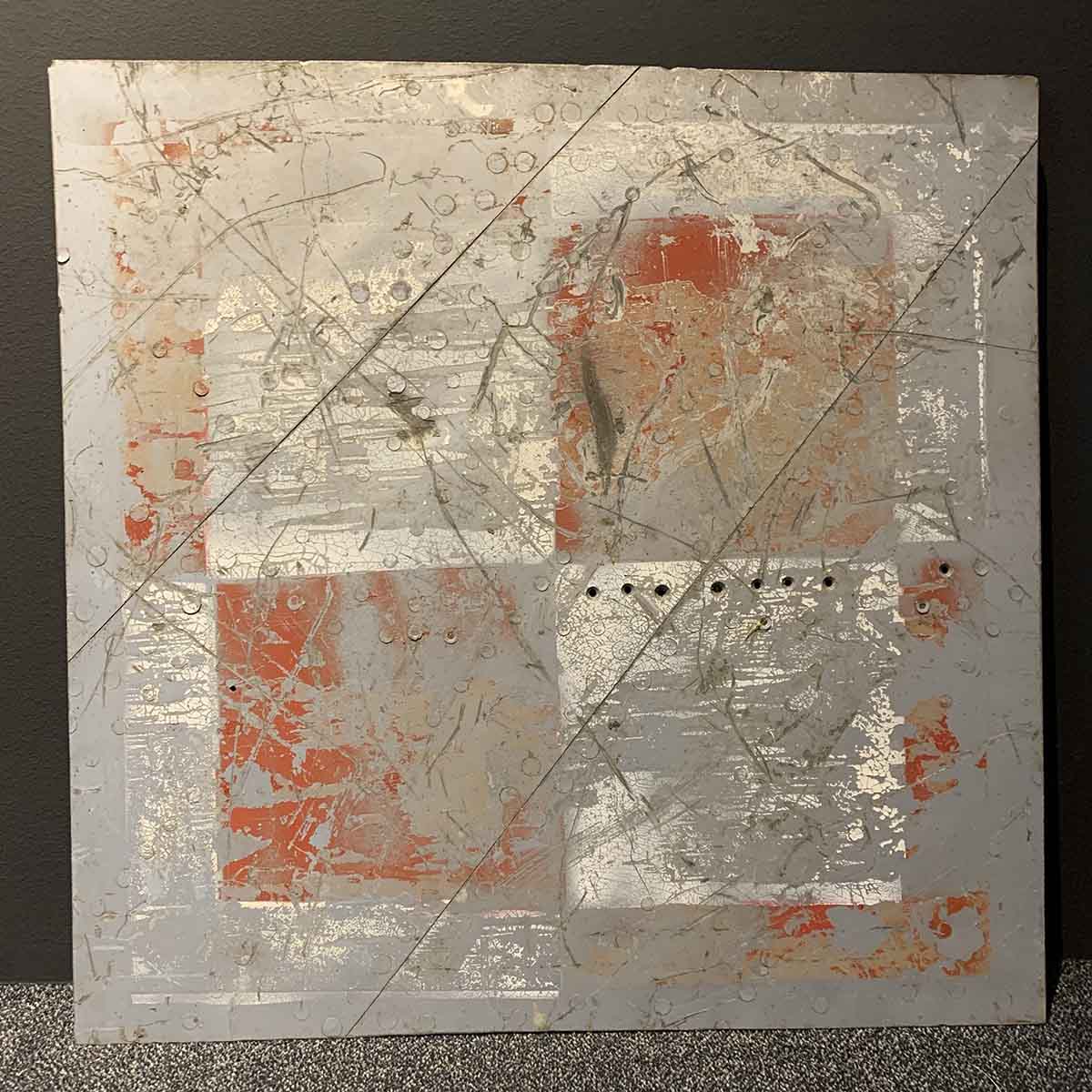 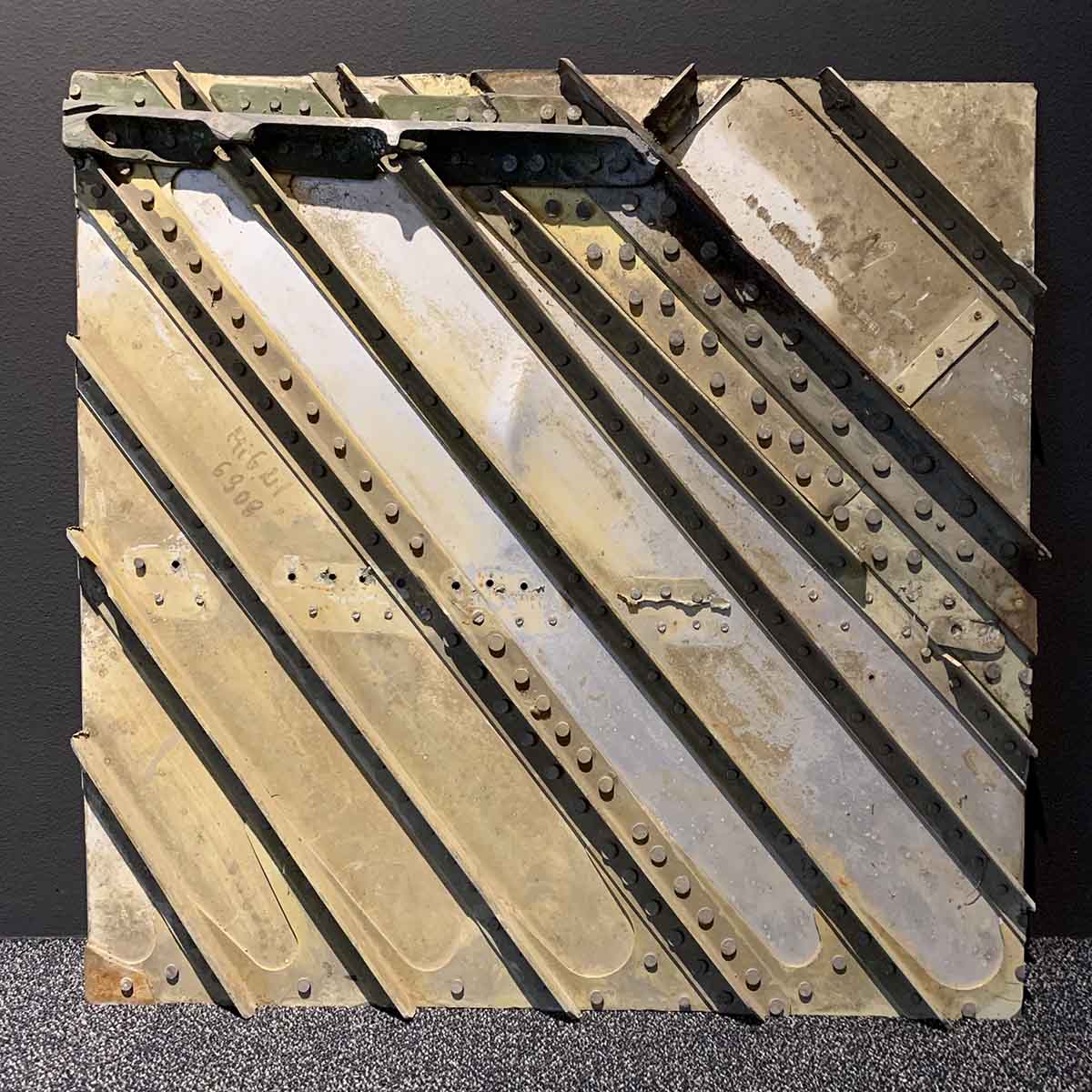 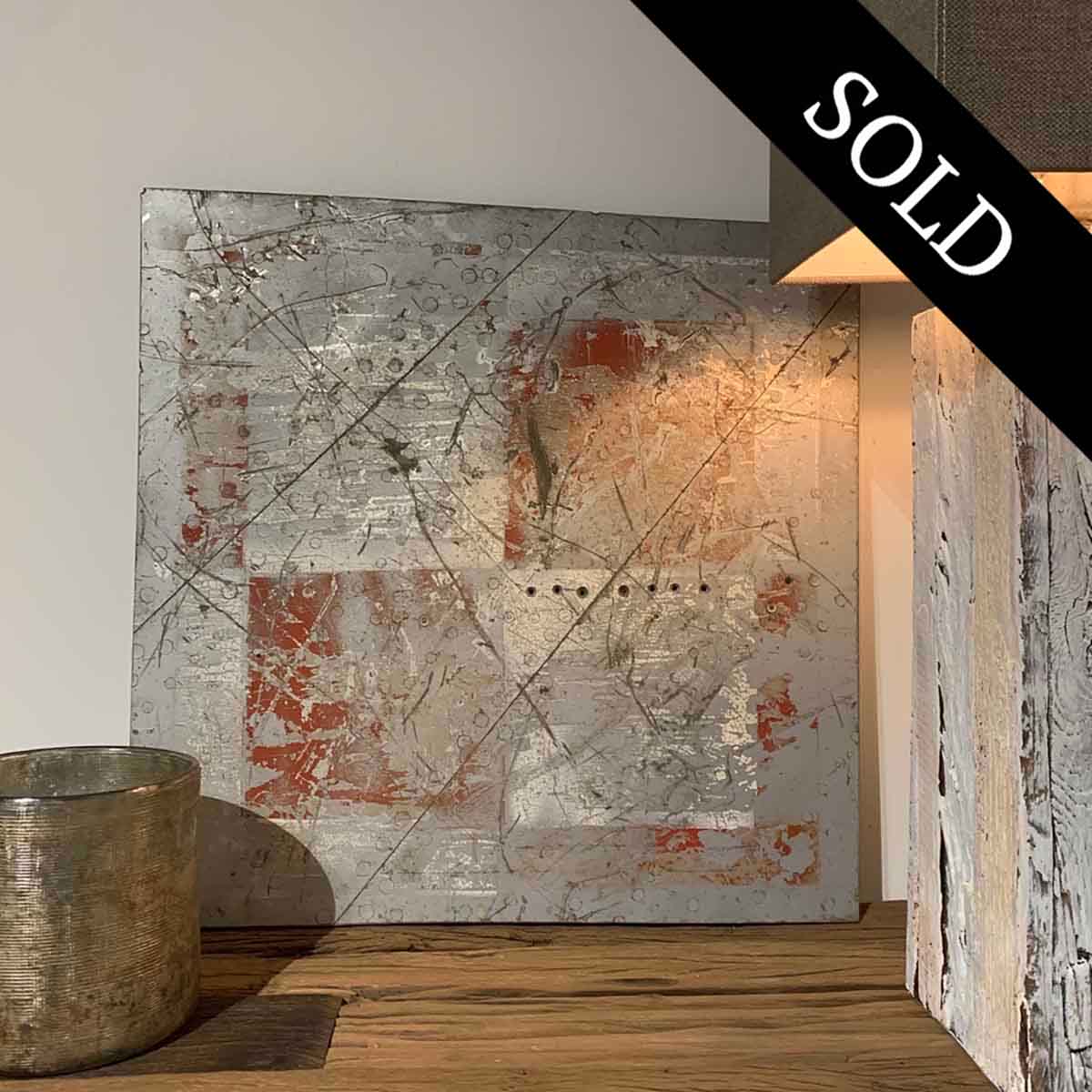 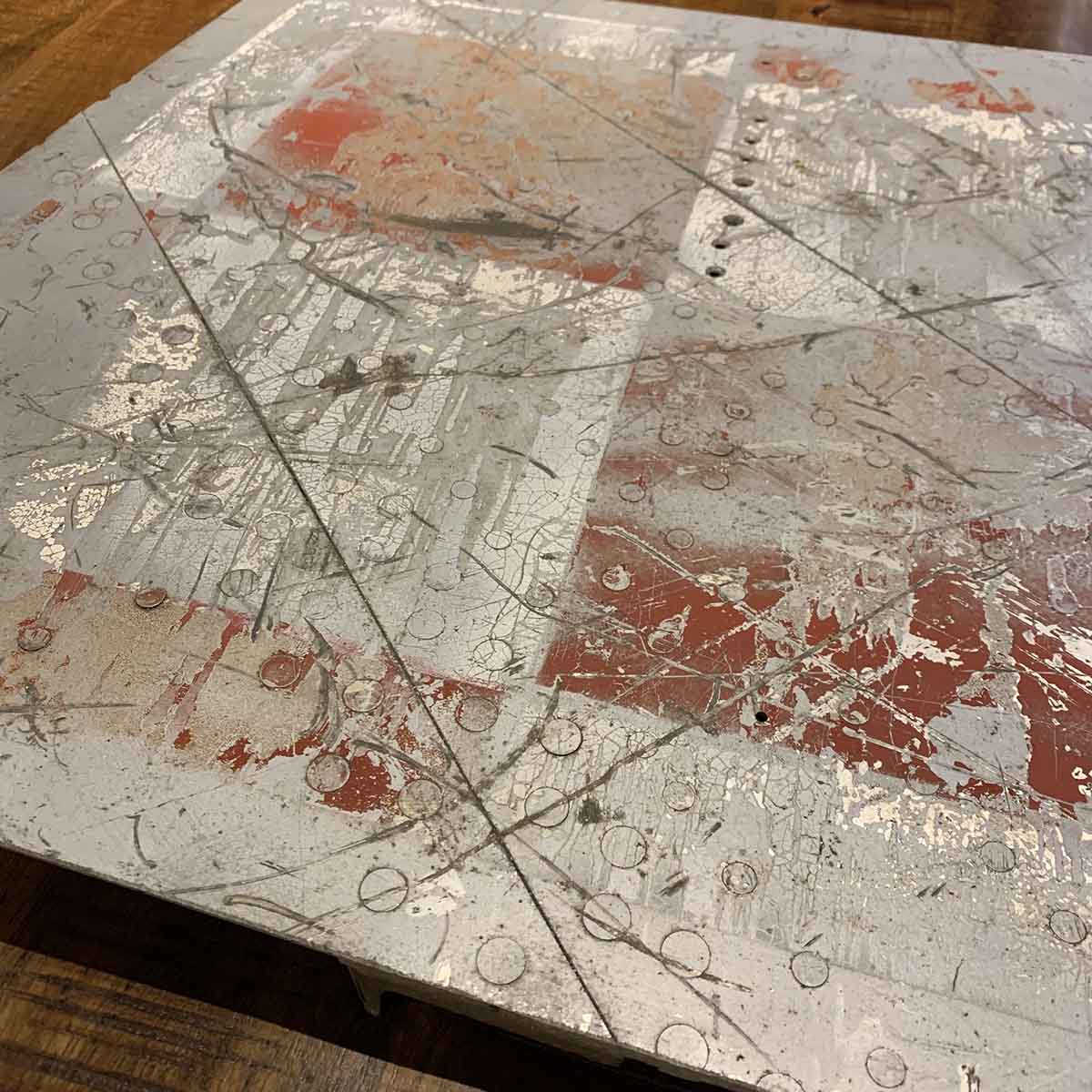 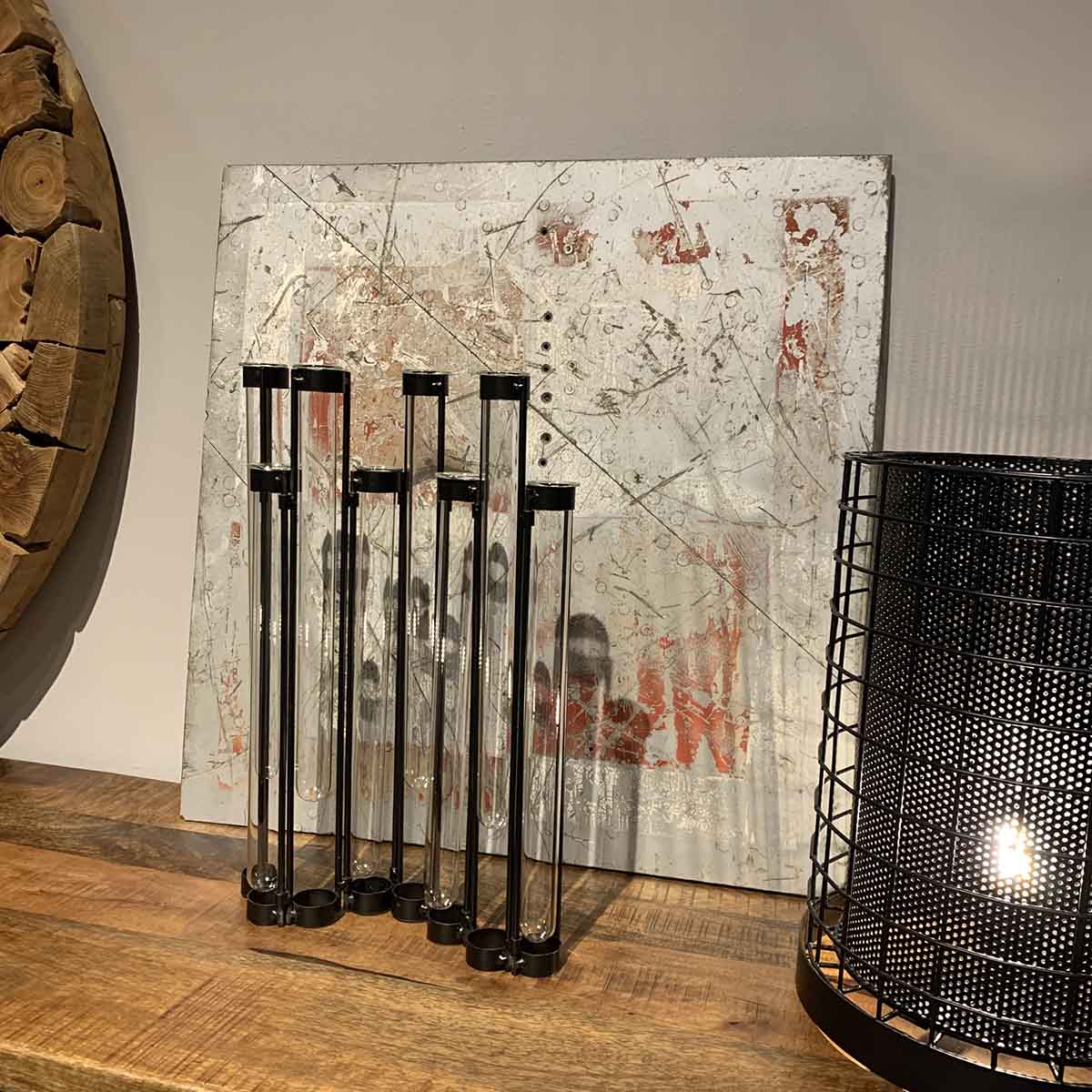 We have been able to get our hands on original Mikoyan-Gurevich MiG-21 skin panel. The wing skin panel originates from a Polish Air Force (Siły Powietrzne) MiG-21PFM 6908. It is cut from the wing in such a way that the weathered Polish Air Force roundel is fully included.

Our wing skin panel is an interesting piece of aviation history. The MiG-21 is comes from, 6908, has been in service with the Polish Air Force for many years before being withdrawn from use. The remnants of the Polish Air Force roundel add very much to the appeal of the item.

The Mikoyan-Gurevich MiG-21 is a jet fighter, with NATO codename “Fishbed”, developed by the Mikoyan-Gurevich Design Bureau. It has been the main fighter aircraft for dozens of air forces all over the world since the first version came into service in the early sixties. Even today, 2021, several air forces still operate the aircraft (Croatia and Romania in Europe for instance) and its Chinese look-alike, the Chengdu J-7. With over 11,000 MiG-21s built, the delta-winged aircraft is the most-produced supersonic fighter aicraft in aviation history.

Both the Polish Air Force and the Polish Navy have been operating the MiG-21 in quite large numbers. A total of 505 MiG-21s of various versions have been in use with Polish military between 1963 (MiG-21F-13 was the first version) and 2003 (MiG-21MF and MiG-21bis were the last to be withdrawn).

An aircraft wing construction (https://en.wikipedia.org/wiki/Wing_configuration) is the result of many many choices to be made during the process of aircraft design. Dozens of options are available for position, shape, size, etc.