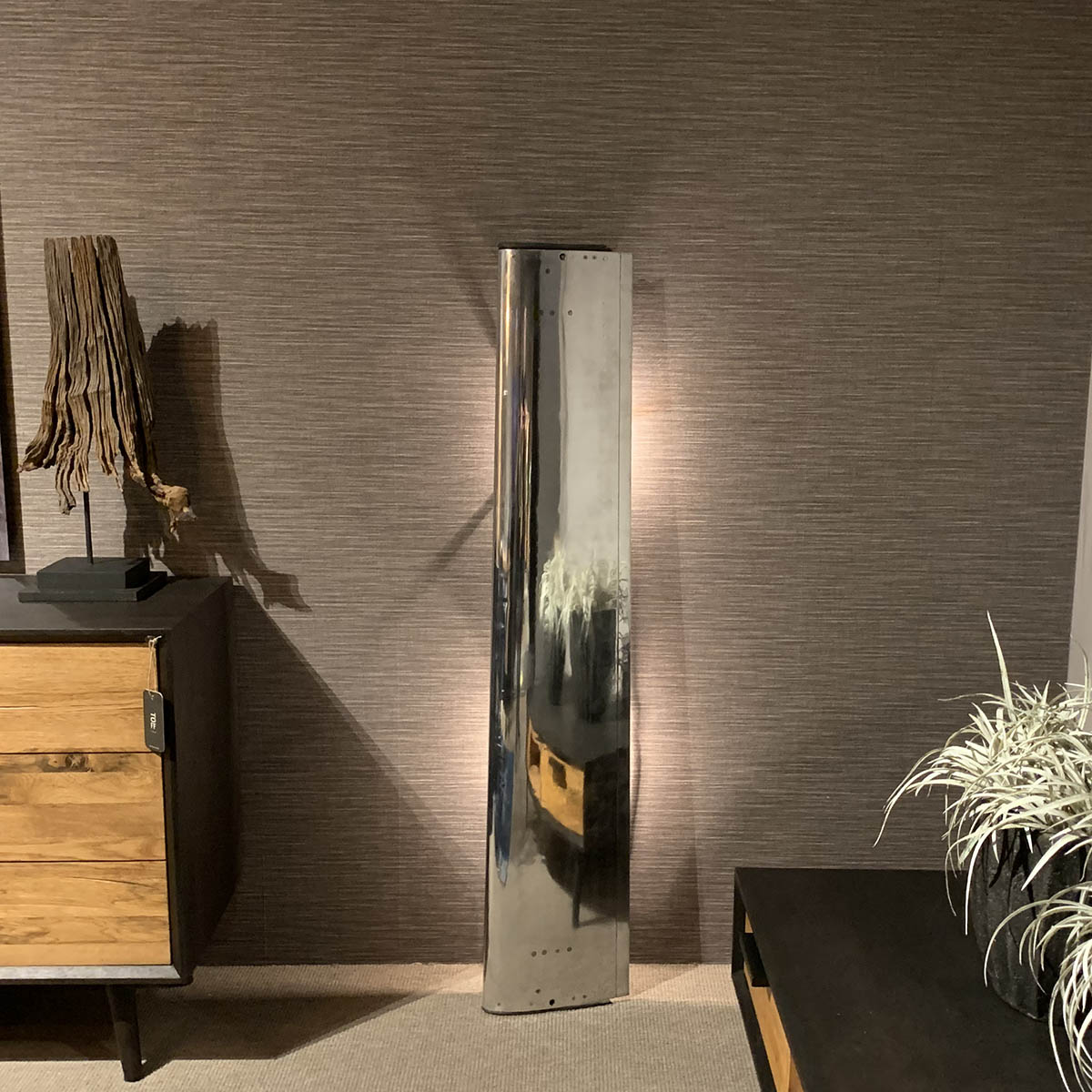 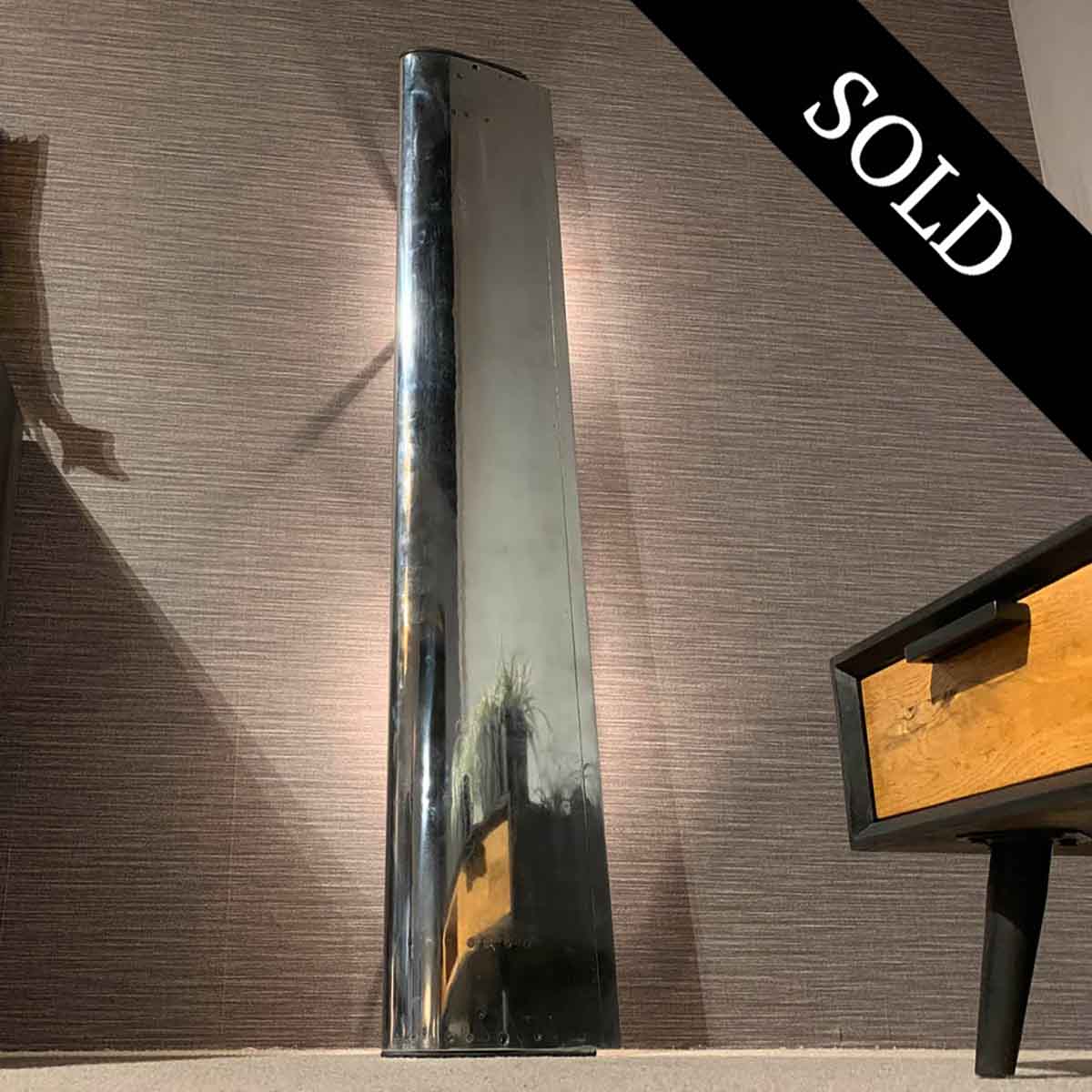 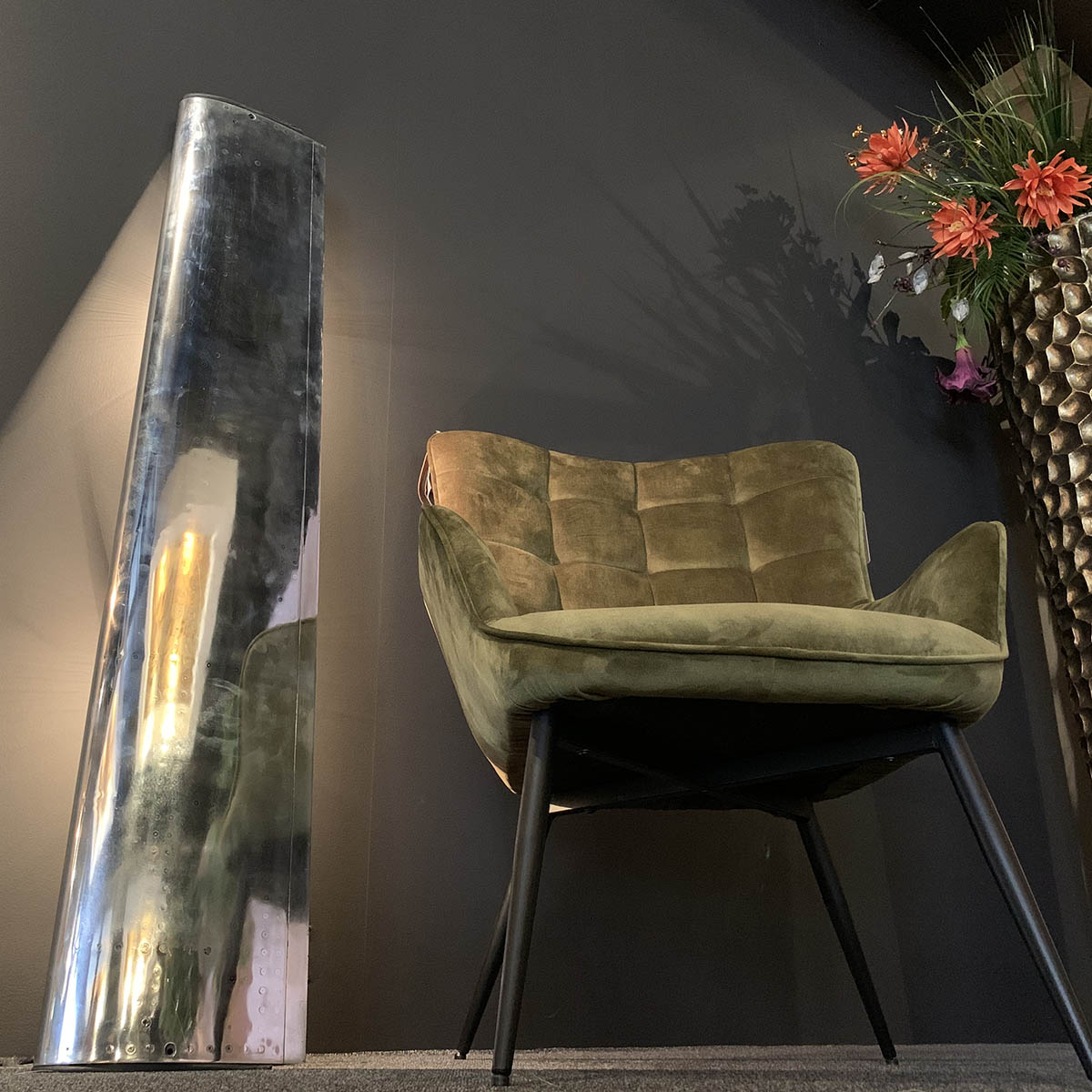 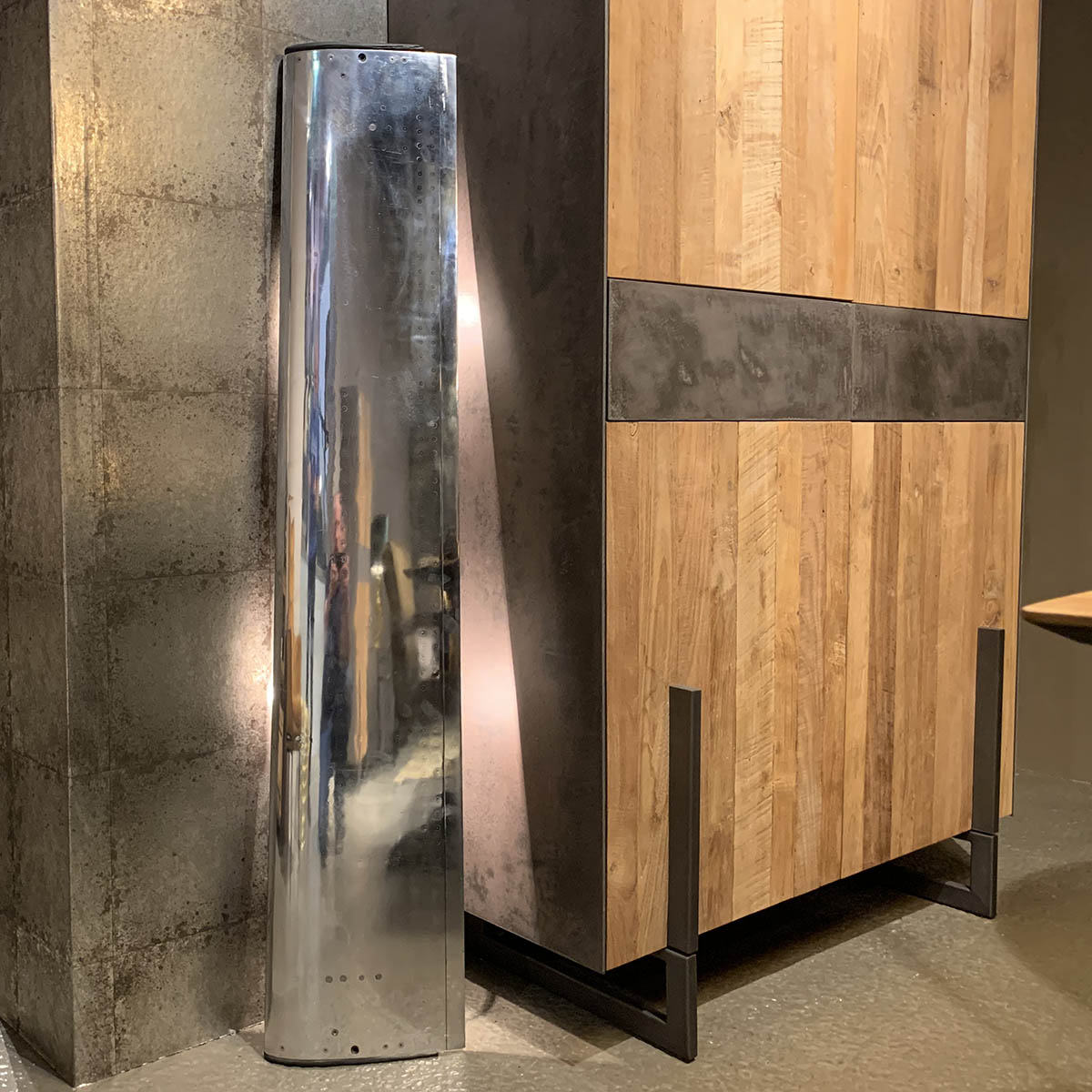 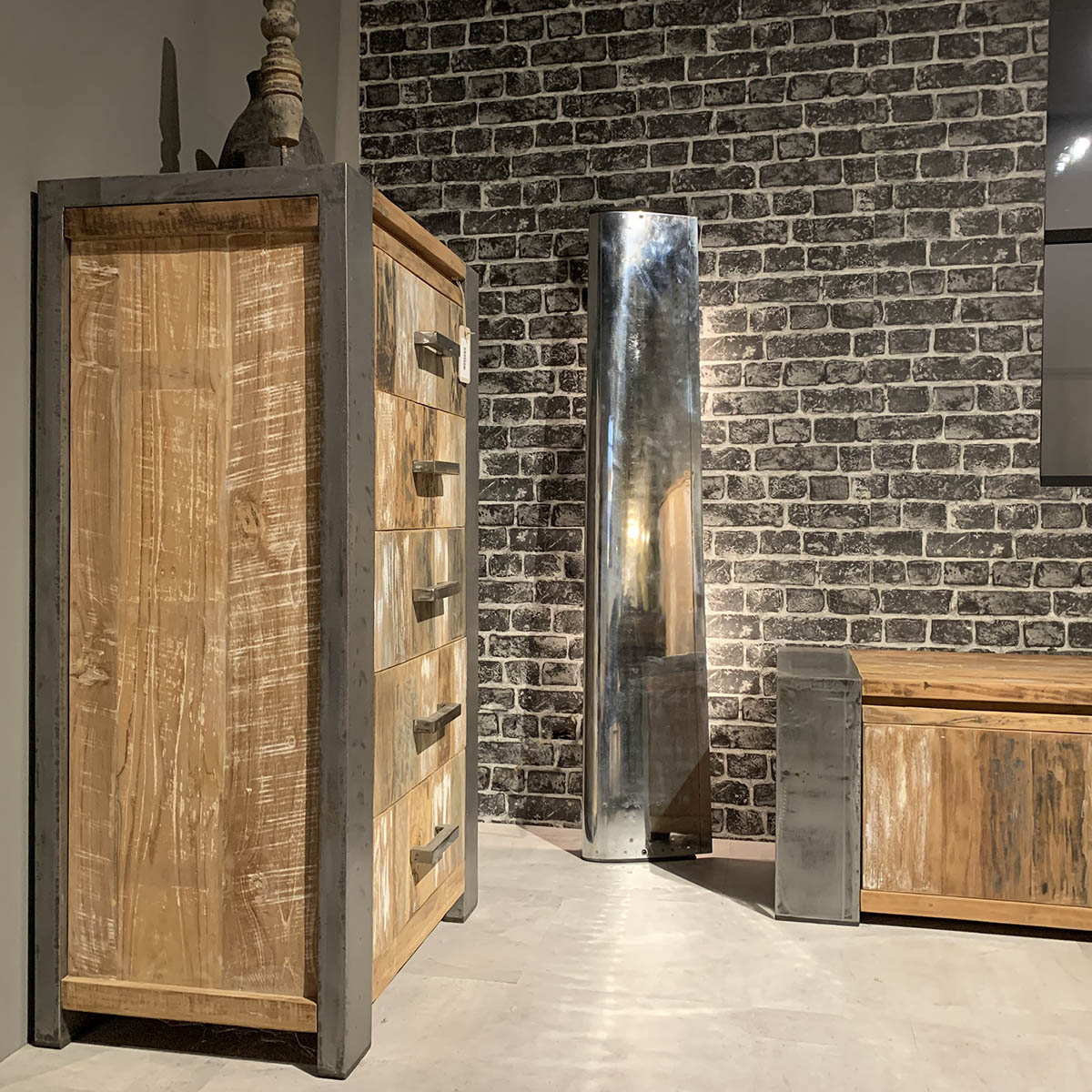 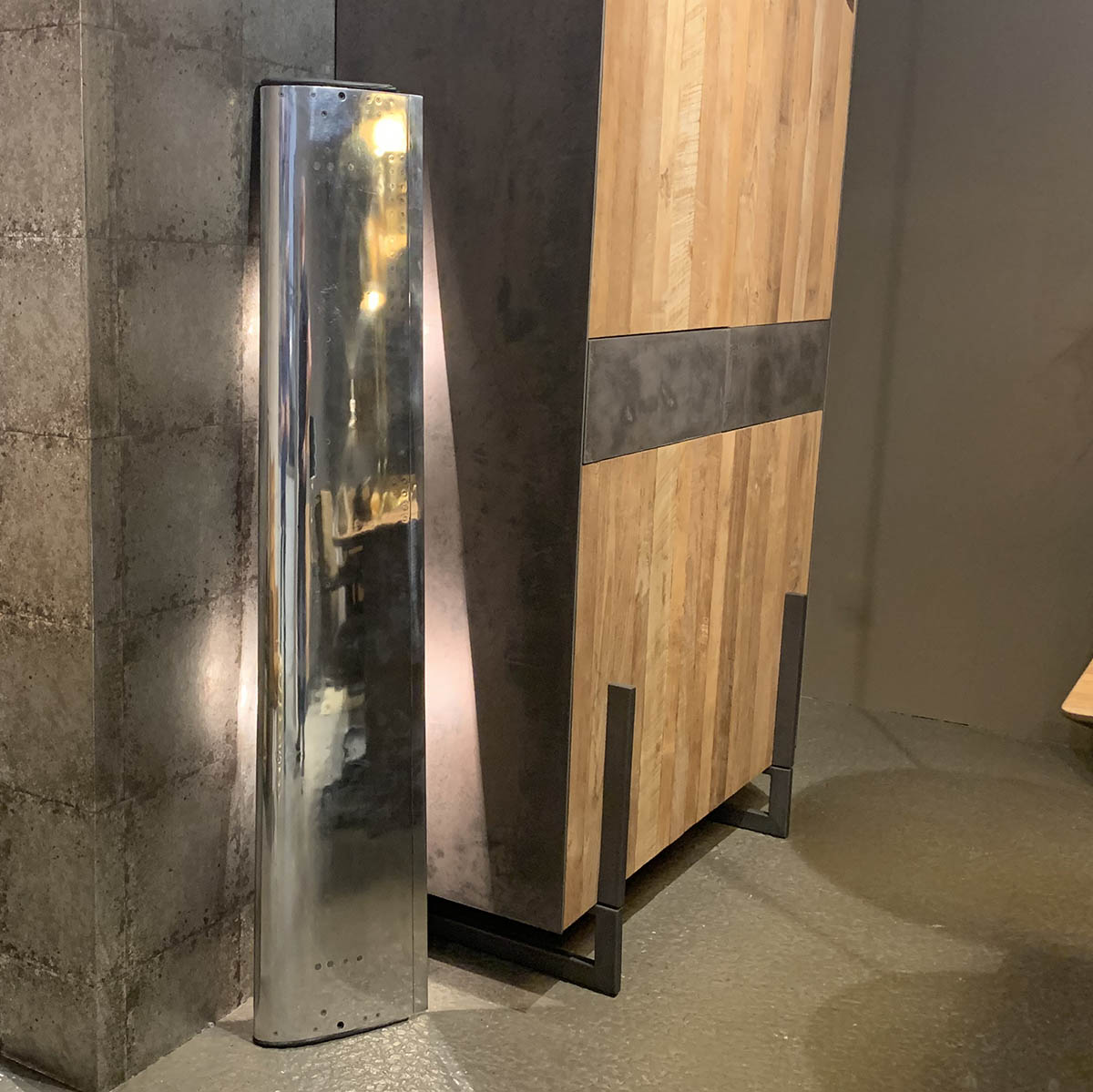 Original middle leading edge slat (righthand wing) of a German Air Force Tornado. This slat was fully polished on the outer side and painted black on the inner side to obtain better decorative value.

This shiny piece of aviation history can serve many different purposes. By adding lights to the backside you can create a very special lamp for your living. Alternatively, you can hang it on a wall. If you add some hooks, you can create a very unique coat rack. You can either do it yourself or ask us to turn the slat into something even more special. More (detailed) photos available on request.

The Panavia Tornado was the result of a cooperation between German, Italy and the United Kingdom. British Aerospace, MBB and Aeritalia formed the Panavia Aircraft company that designed and produced almost 1,000 Tornado swing-wing multirole combat aircraft. The main variant was the IDS version (interdictor/strike). Two other versions were the ECR version (electronic combat/recconnaissance) and the ADV (air defence variant). The type came into service in the early eighties. Saudi Arabia was the only other country ordering the type.

Both the German Air Force and the German Navy operated the Panavia Tornado, which replaced the (T)F-104G in various roles. The two wings of the navy (Marineflieger) have been disbanded, but two Luftwaffe wings currently still fly around 80 of the 357 operational Tornado aircraft that Germany received.

Slats are aerodynamic surfaces on the leading edge of the wings of fixed-wing aircraft which, when deployed, allow the wing to operate at a higher angle of attack.