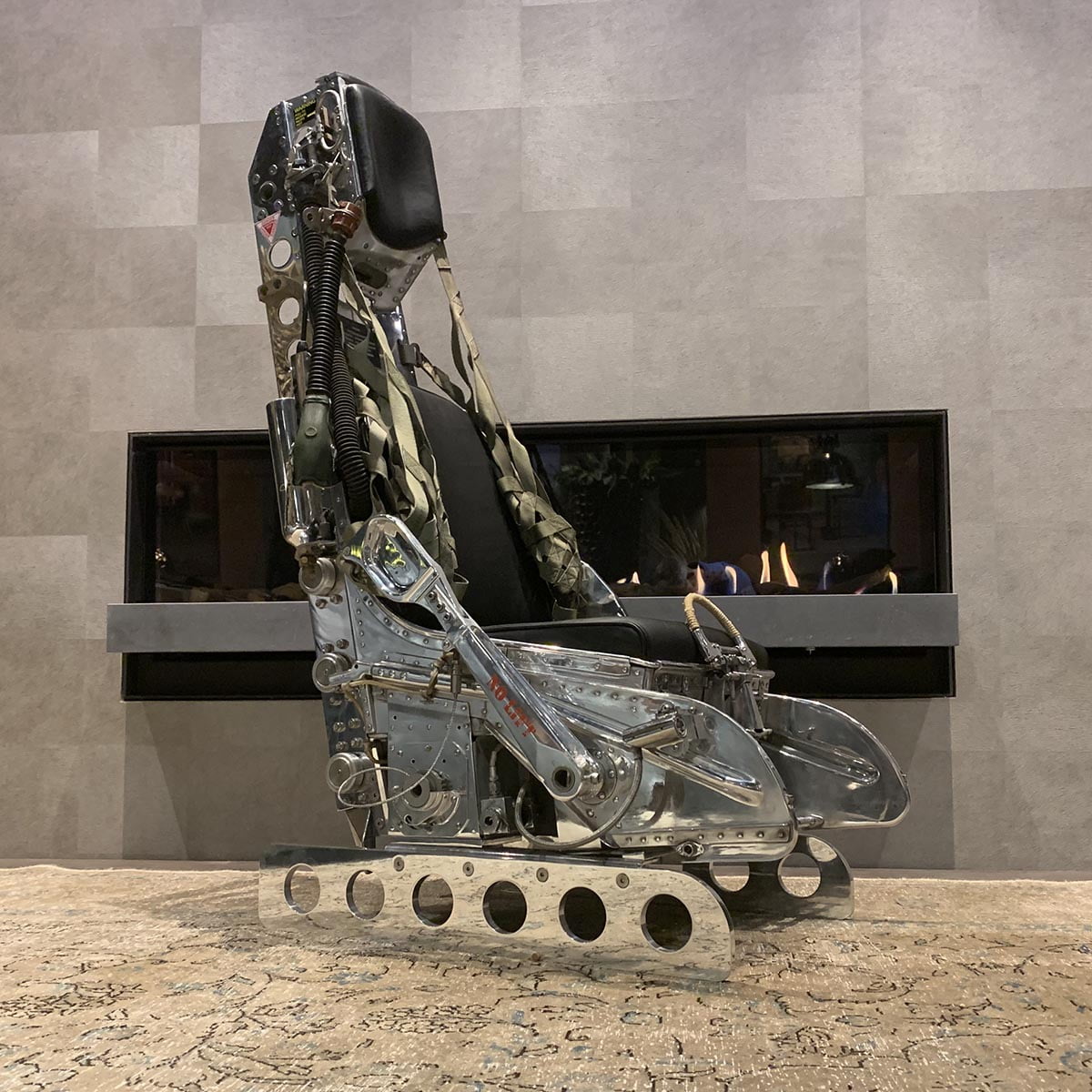 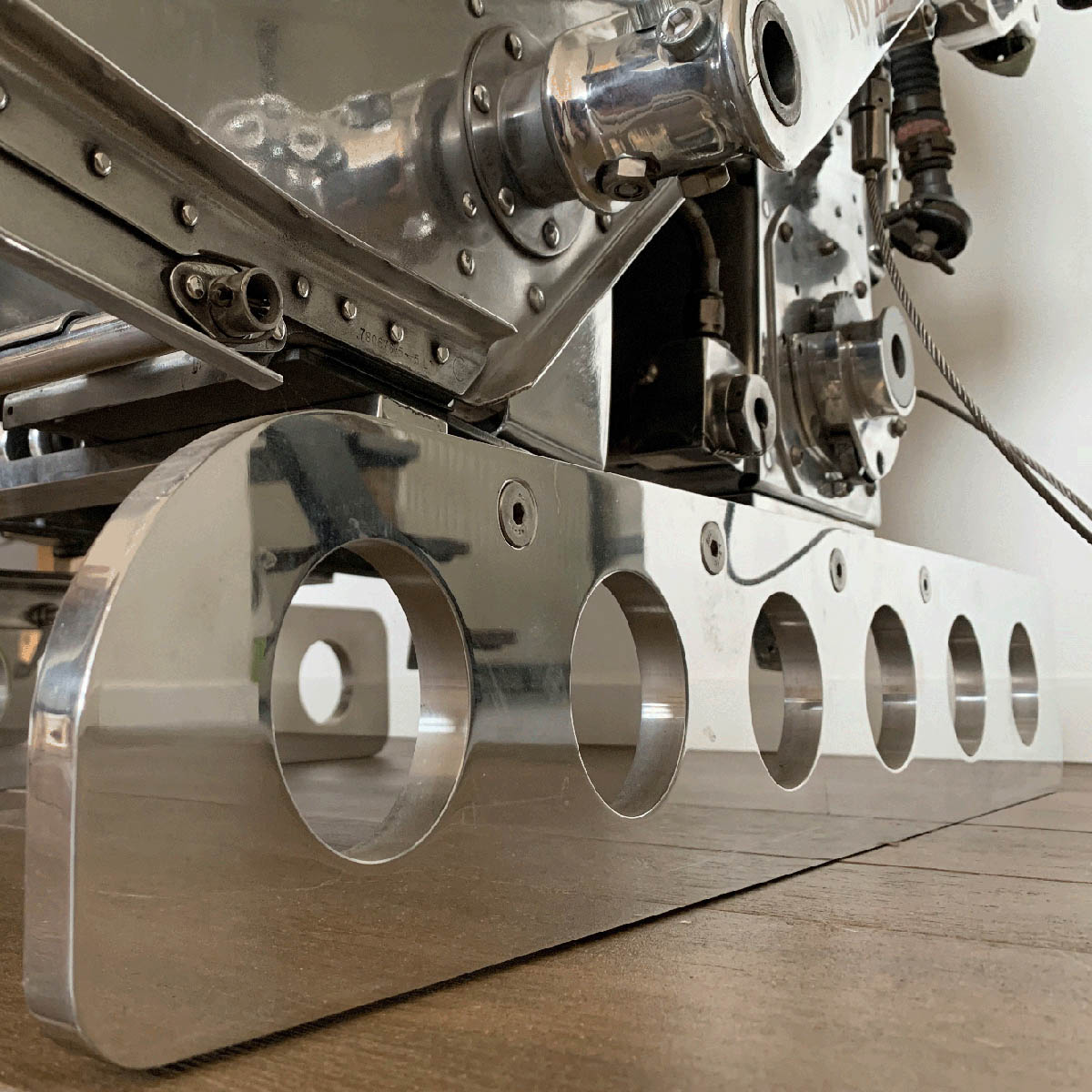 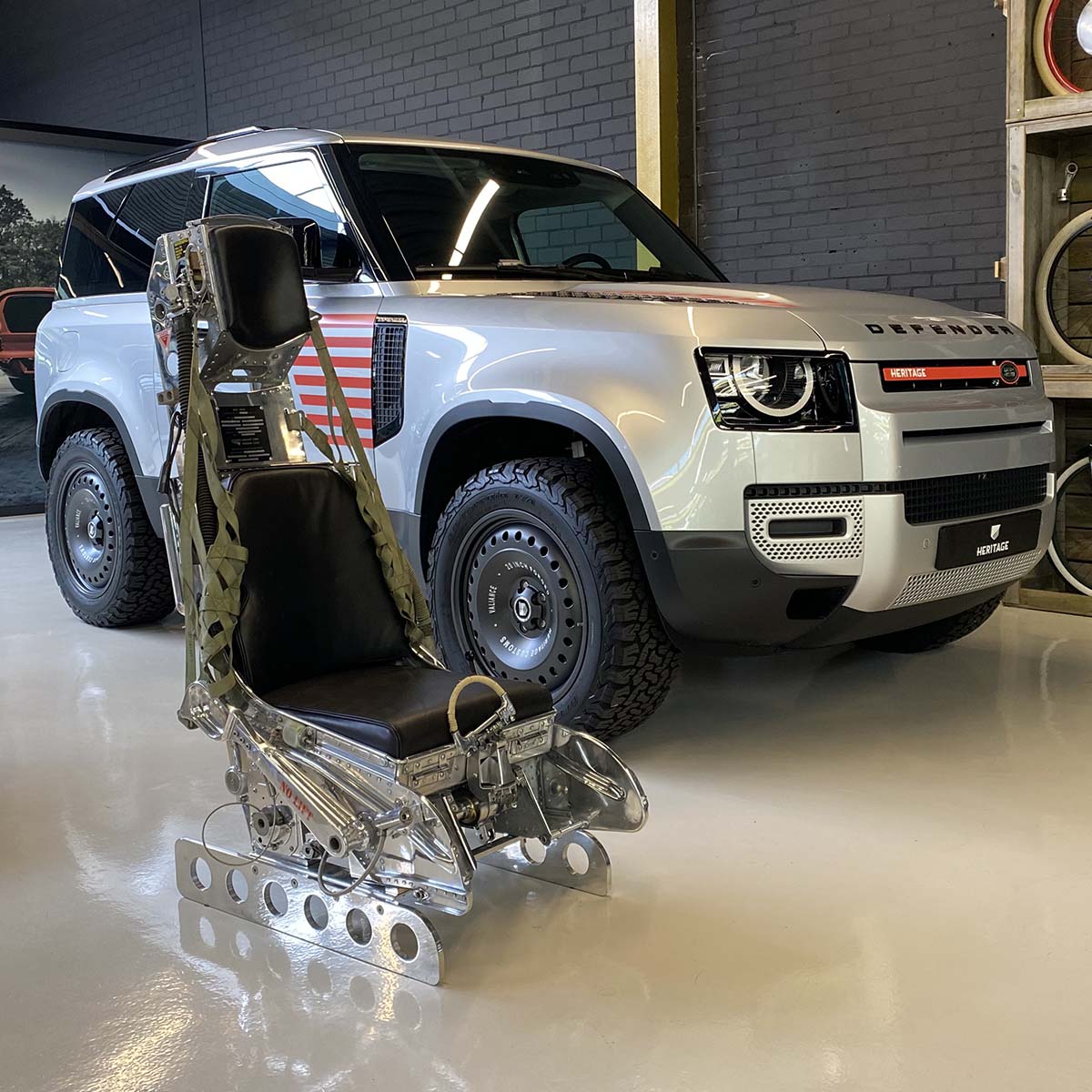 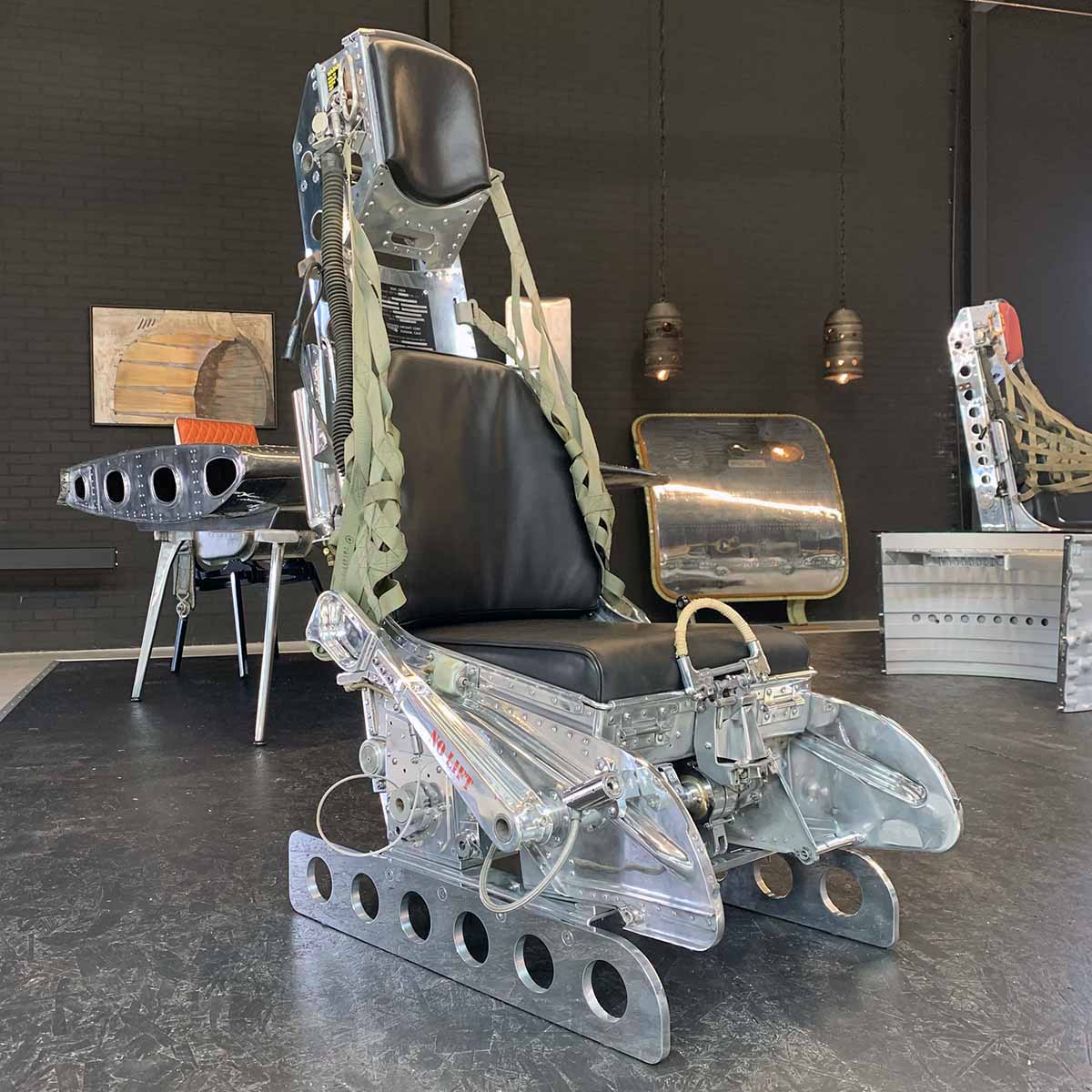 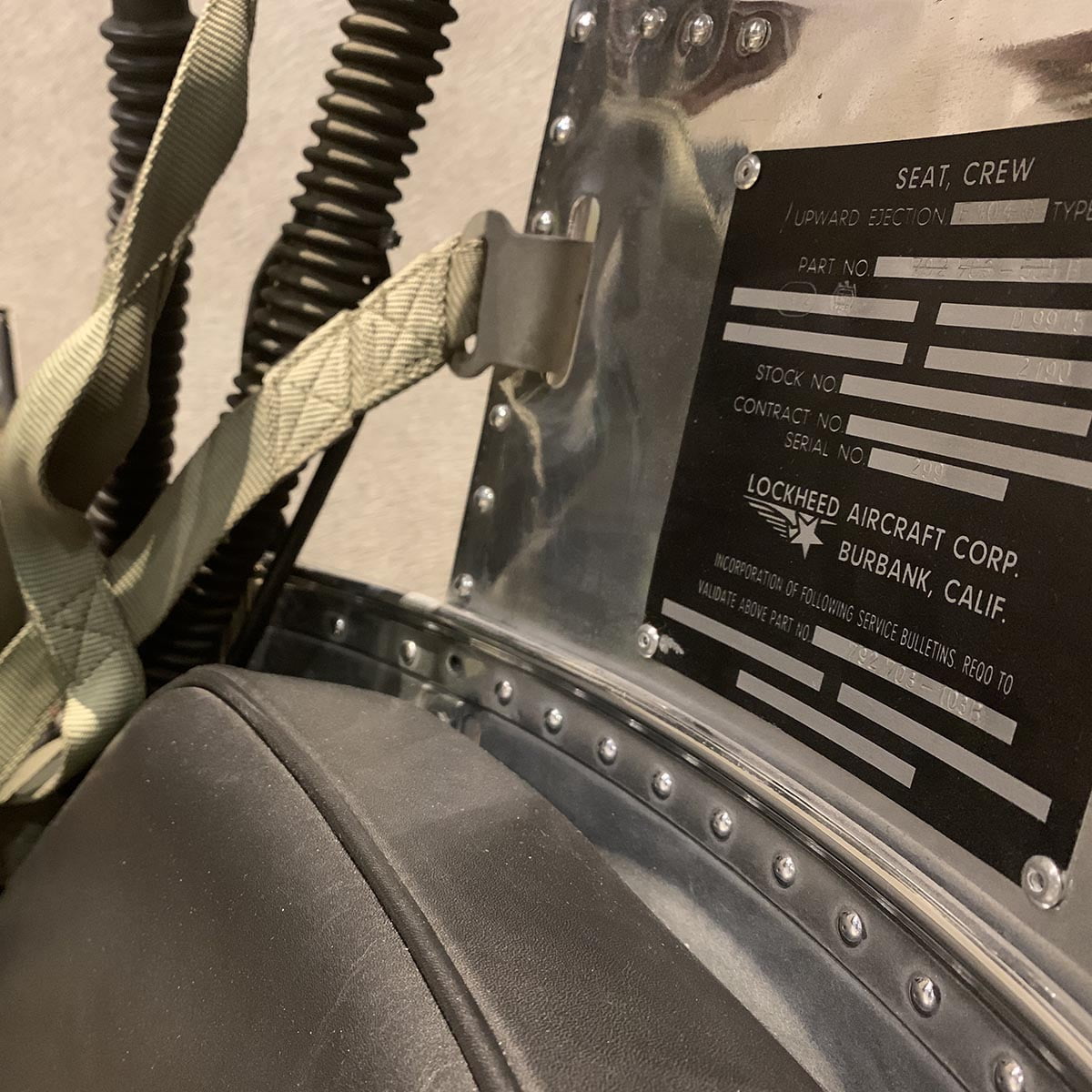 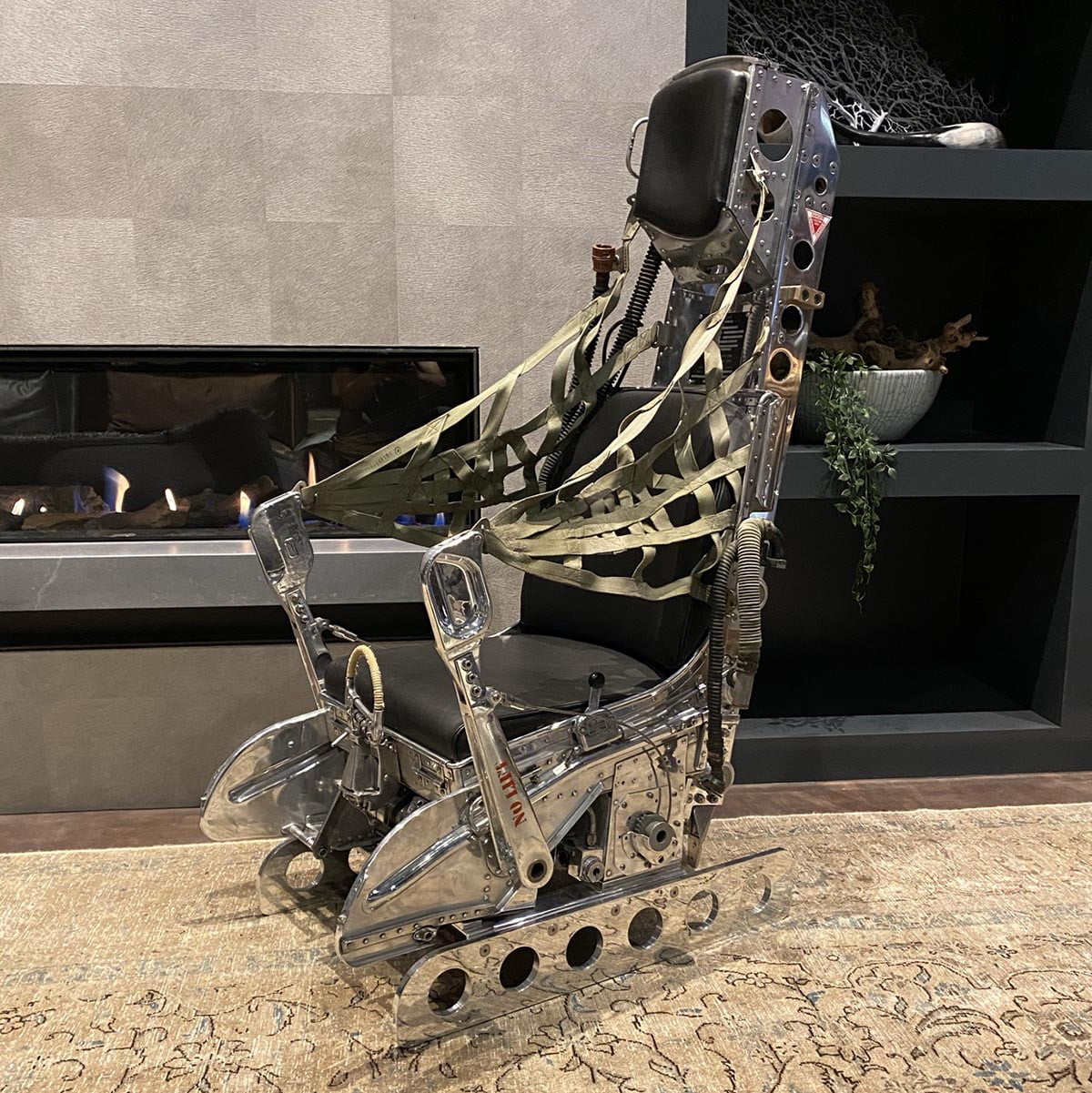 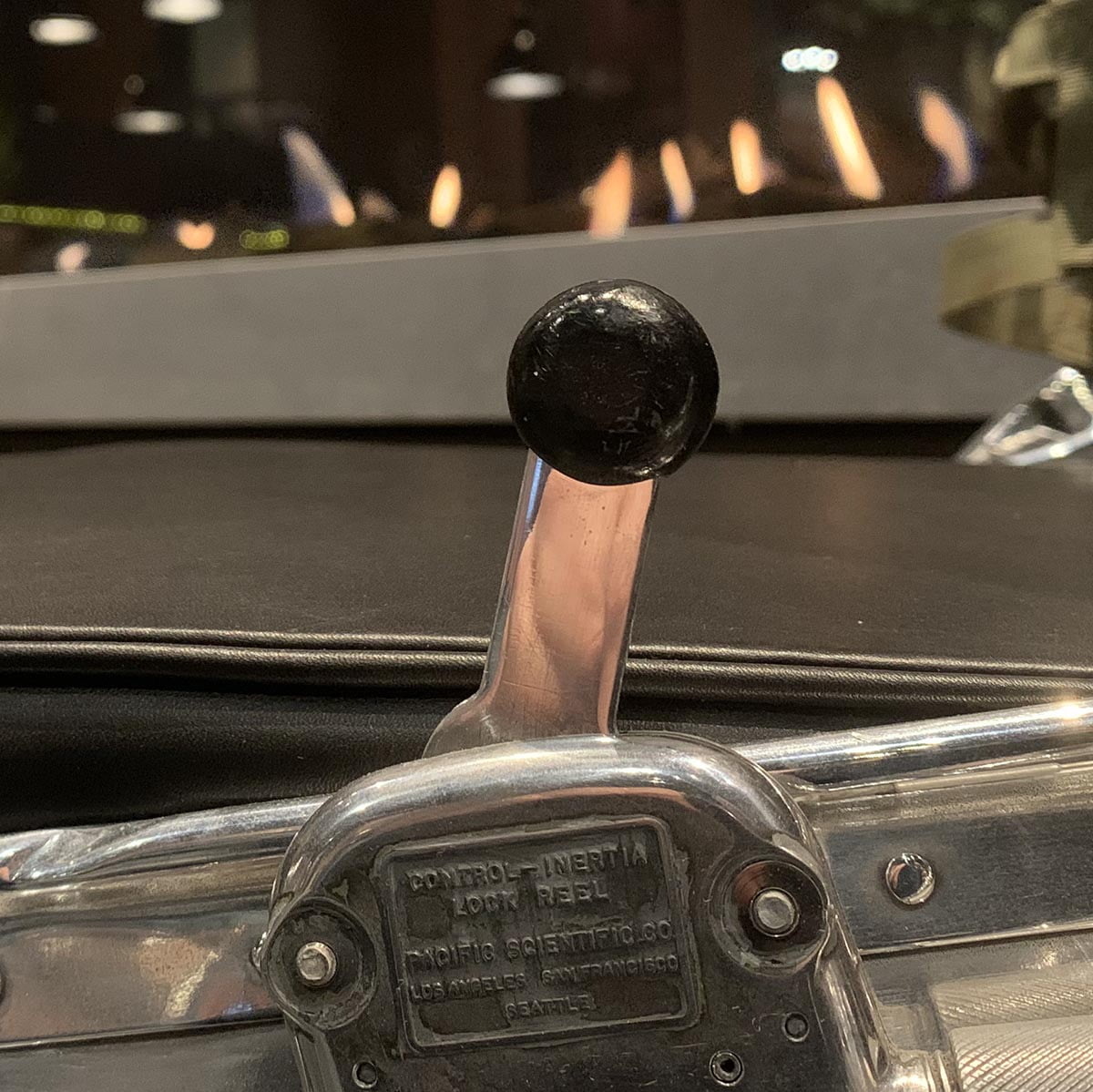 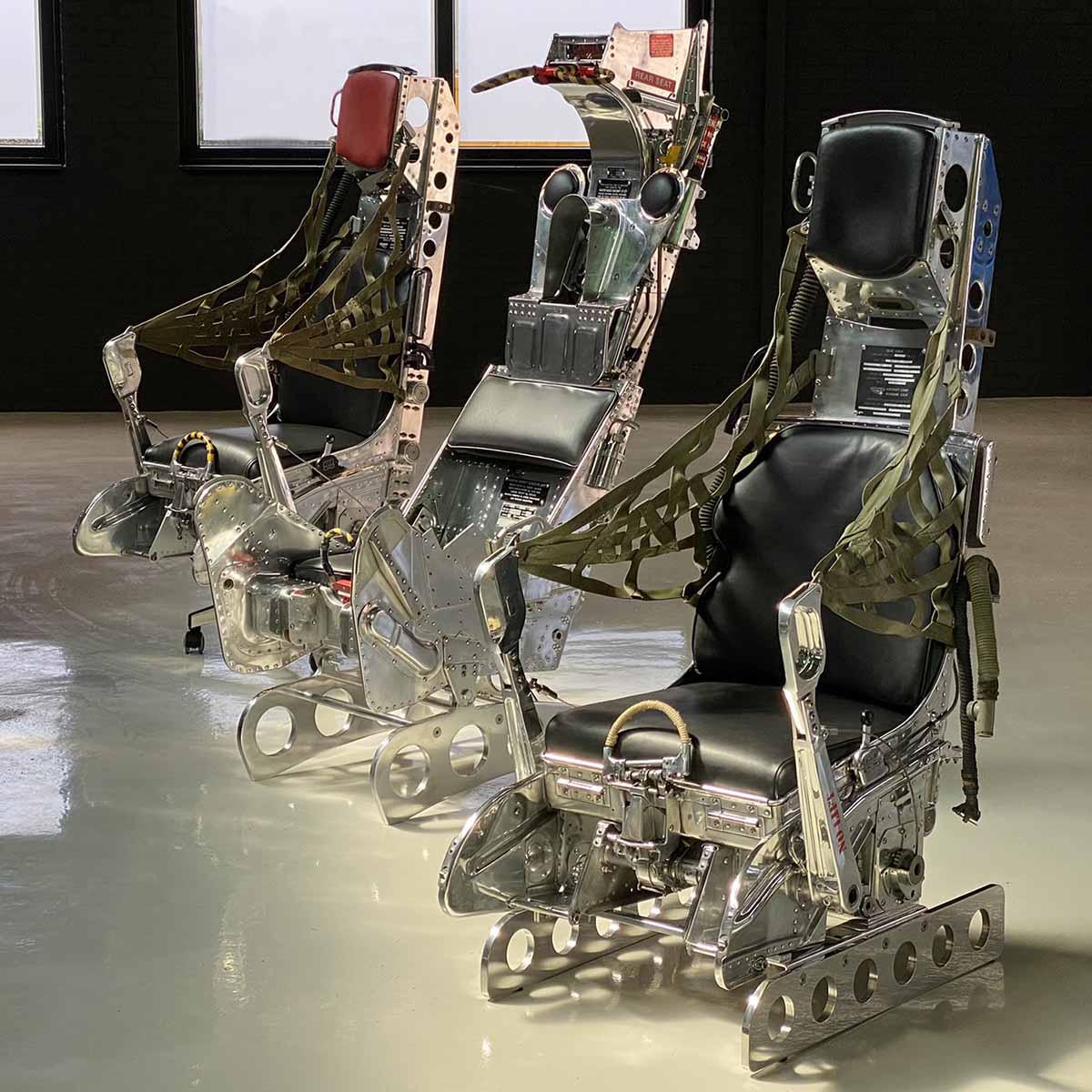 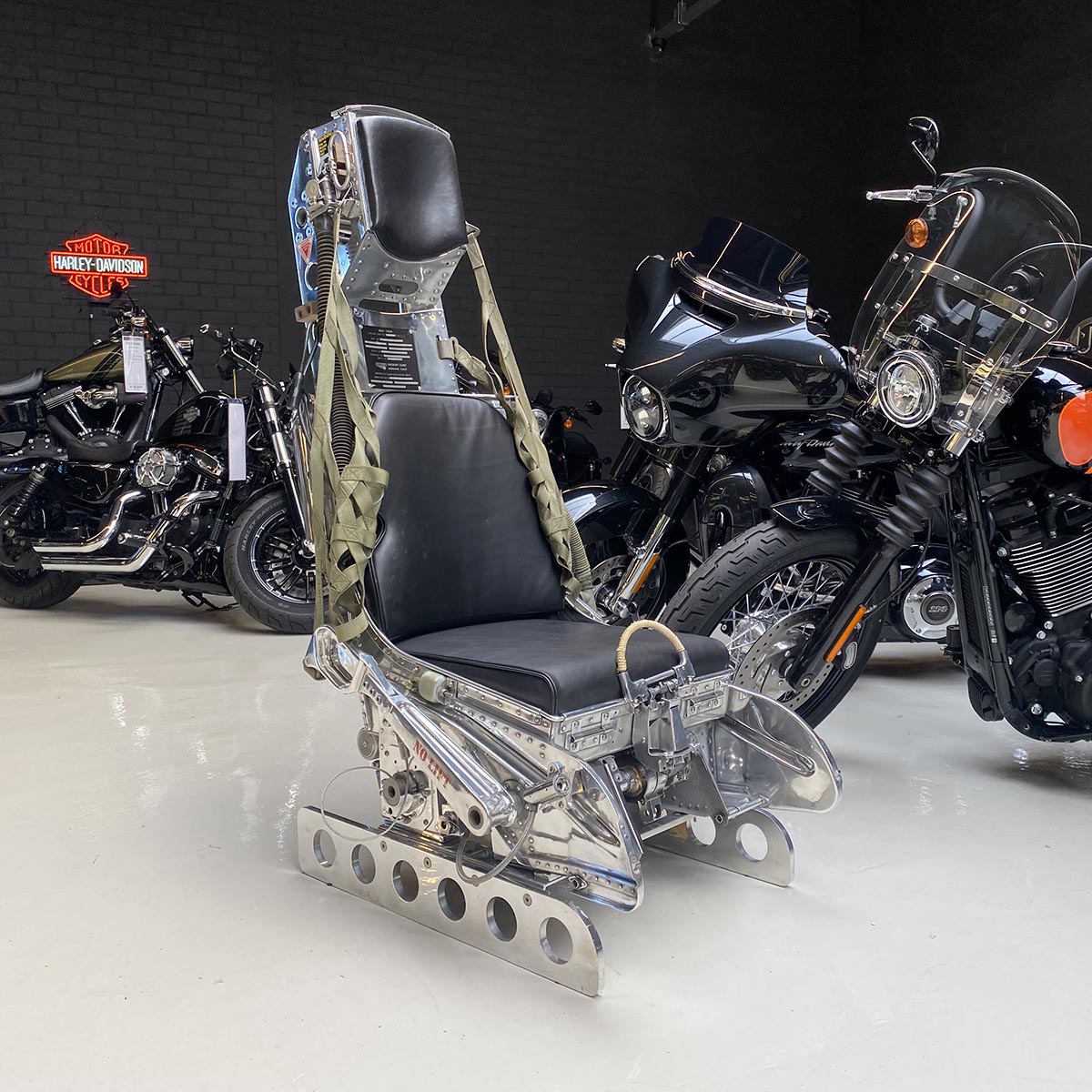 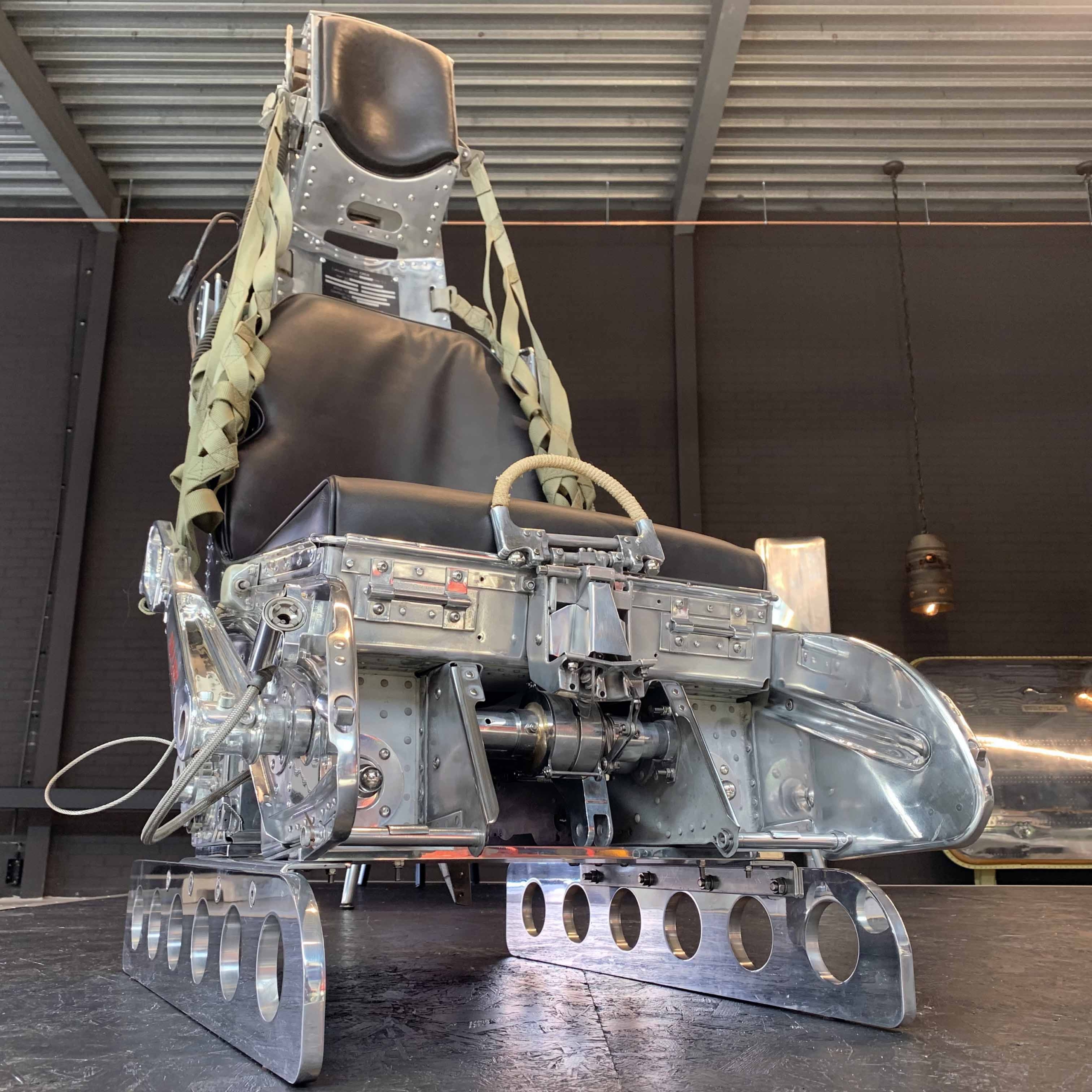 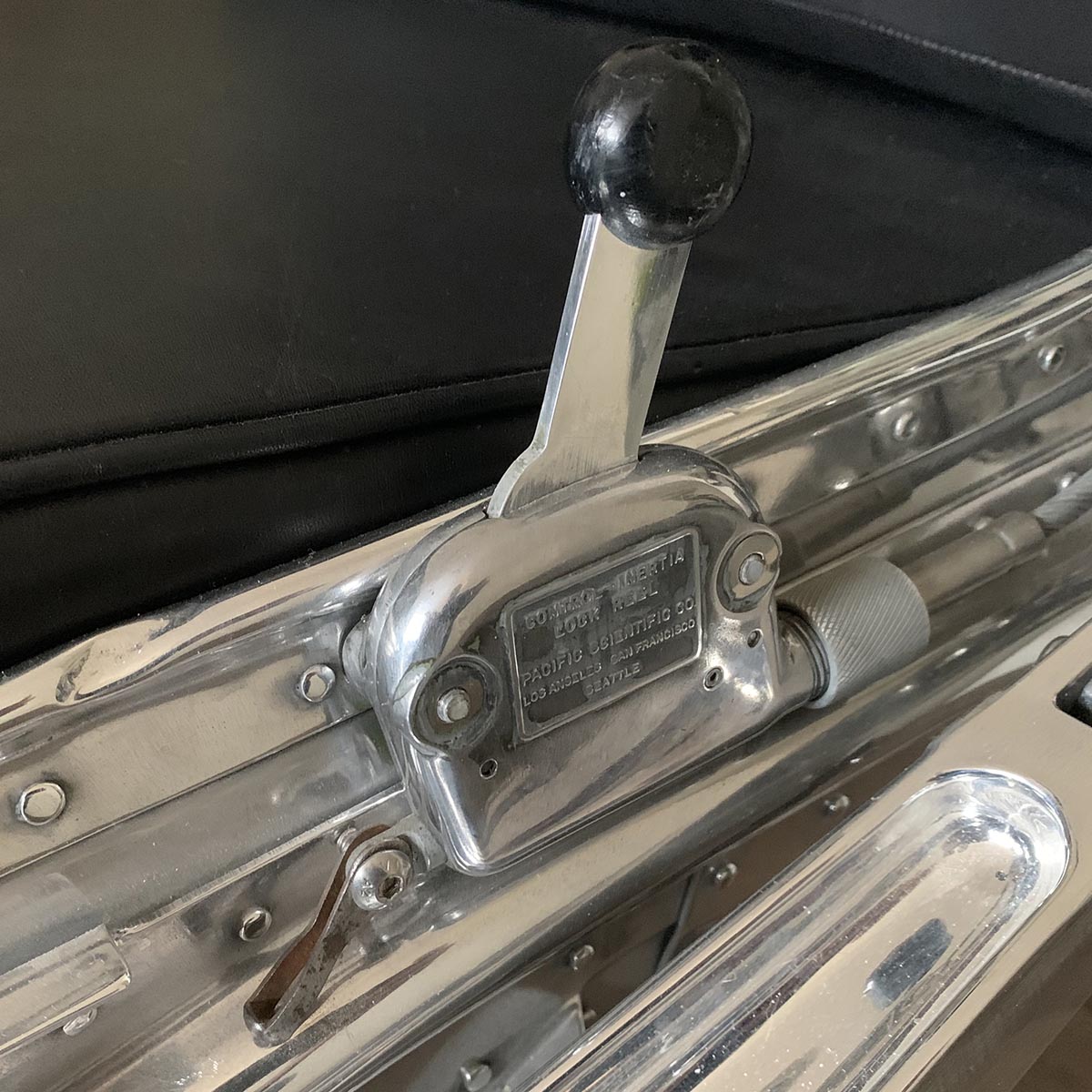 Though basically an authentic C2 ejection seat from a Lockheed F-104G Starfighter, this ejection seat is now on a completely different level. This particular seat was in use as the last resort for a German Air Force Starfighter pilot in the 60s, before many hours of manual labour made it into its current status. The original manufacturers plate is still attached, vouching for its authenticity.

King on a throne

Feel like a king on a throne when you sit in this mirror polished version of an ejection seat. Craftsmanship was put into this magnificent chair, to make it a unique piece. High quality leather was used for comfort, while it still retains its original canvass webbing and details. Let it be the luxurious statement piece of your office or boardroom.

The Lockheed F-104 Starfighter is a single-engine, supersonic interceptor aircraft. While the United States Air Force operated it as well, the majority of the aircraft were used by European countries in the 60s, 70s and early 80s. The main characteristics of the F-104 were its short stubby wings and characteristic sound. Over 2,500 aircraft of the type were built with the F-104G and TF-104G being the main version. Aeritalia in Italy developed the final production version, the F-104S. The American Starfighters Aerospace currently still operates F-104s from NASA’s Kennedy Space Center for a variety of missions.

The German military was the largest customer for the F-104 Starfighter. A total of no less than 916 F-104s were used by Germany, both by the Air Force (Luftwaffe) and the navy (Marineflieger). The first F-104s were accepted late 1959, while the aircraft type was withdrawn in May 1991.