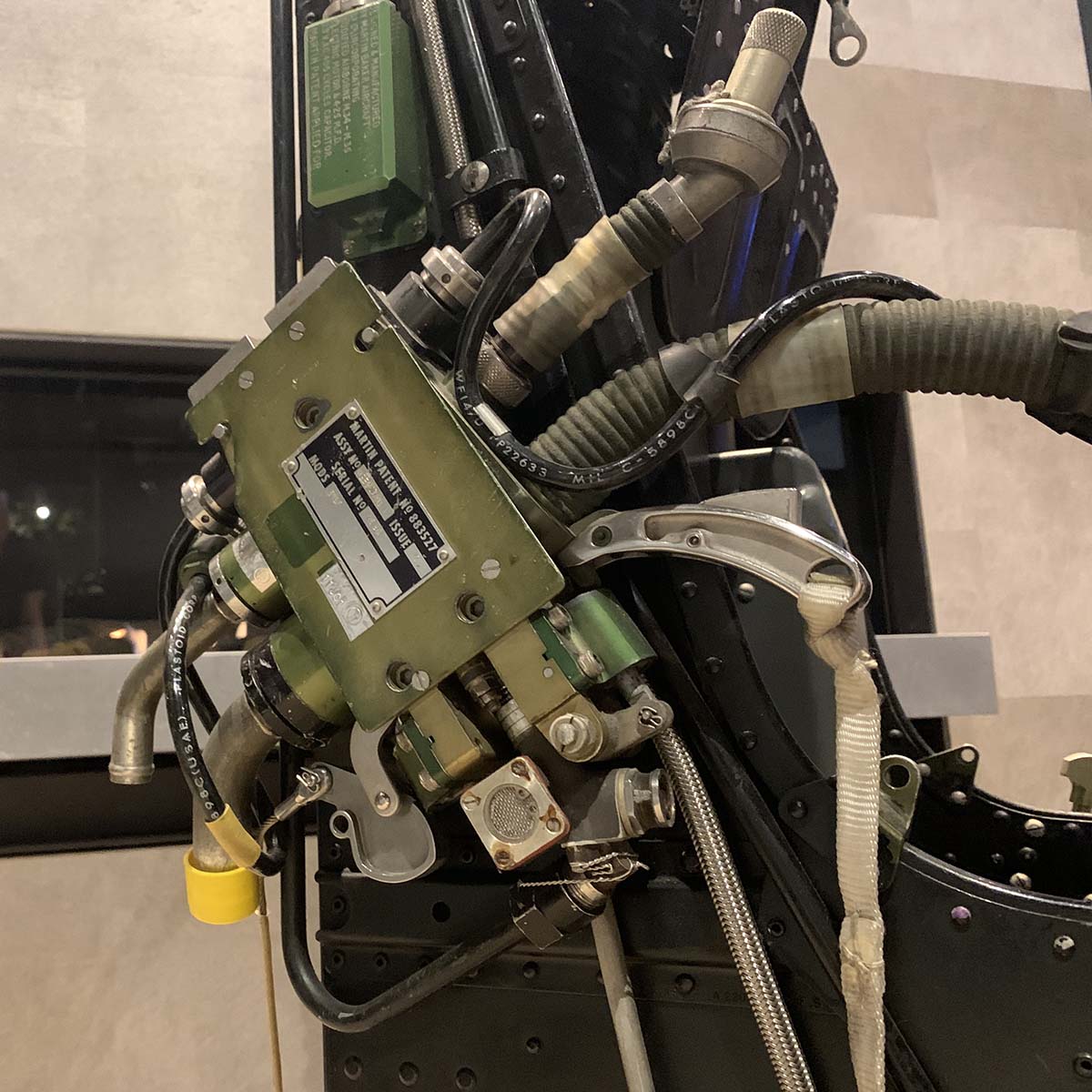 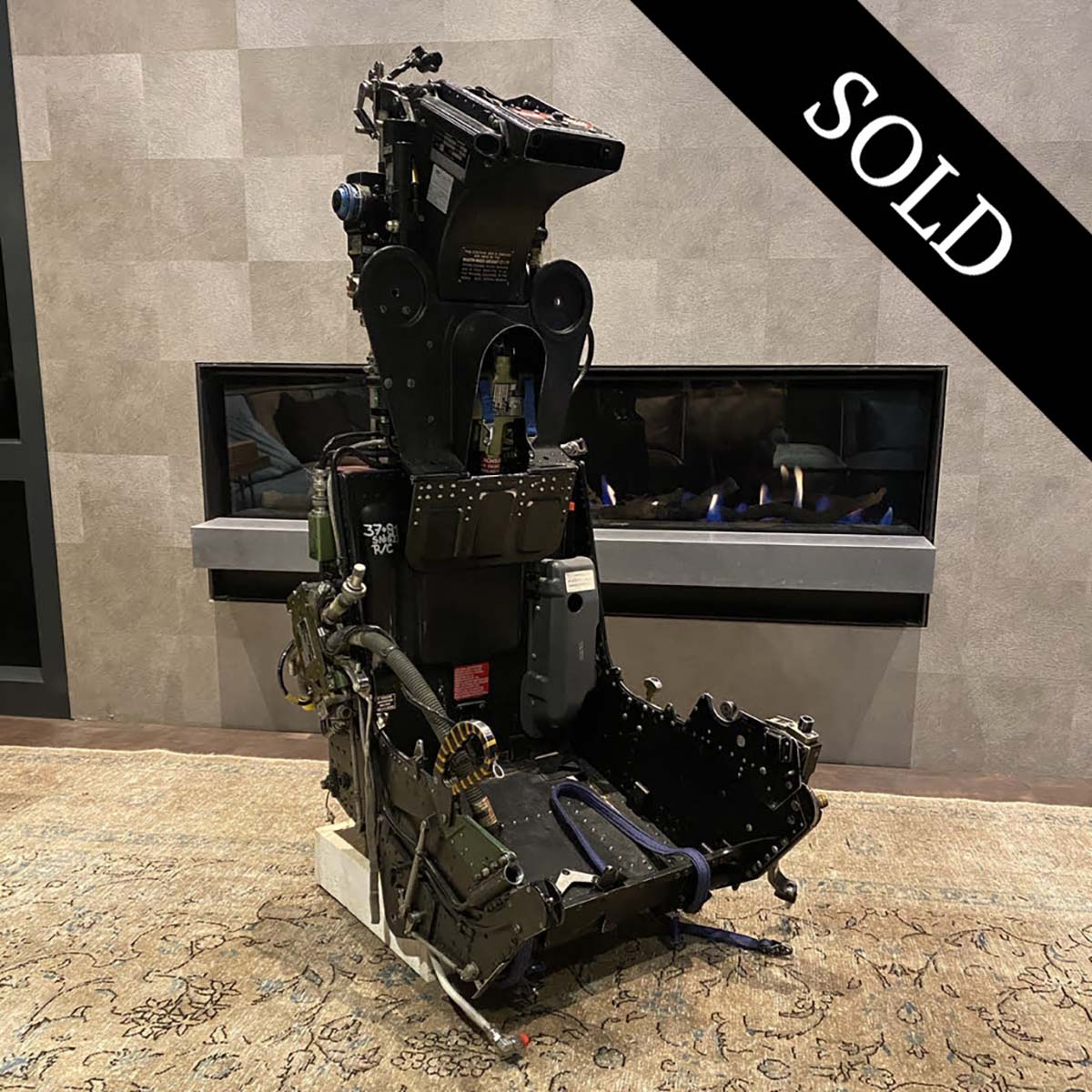 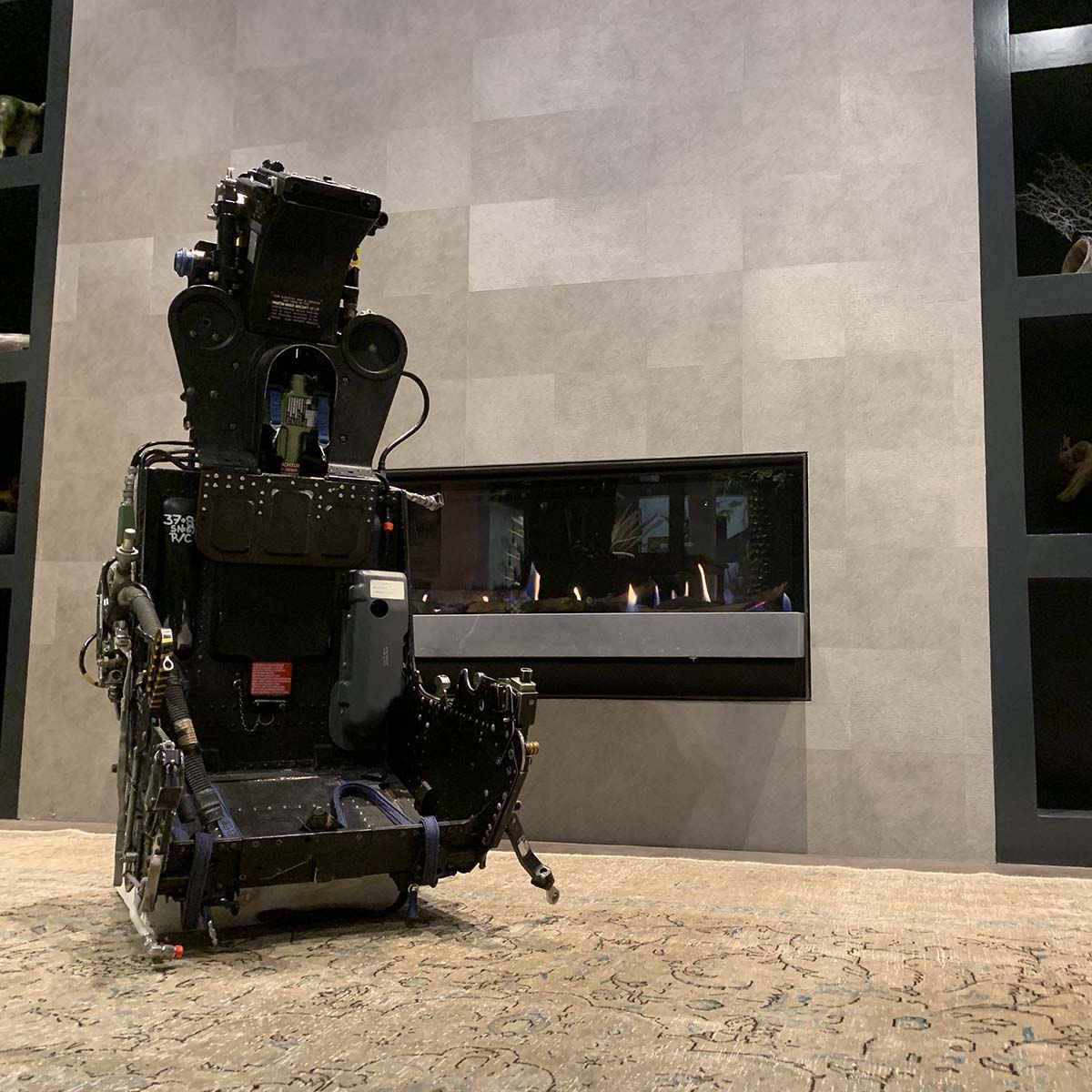 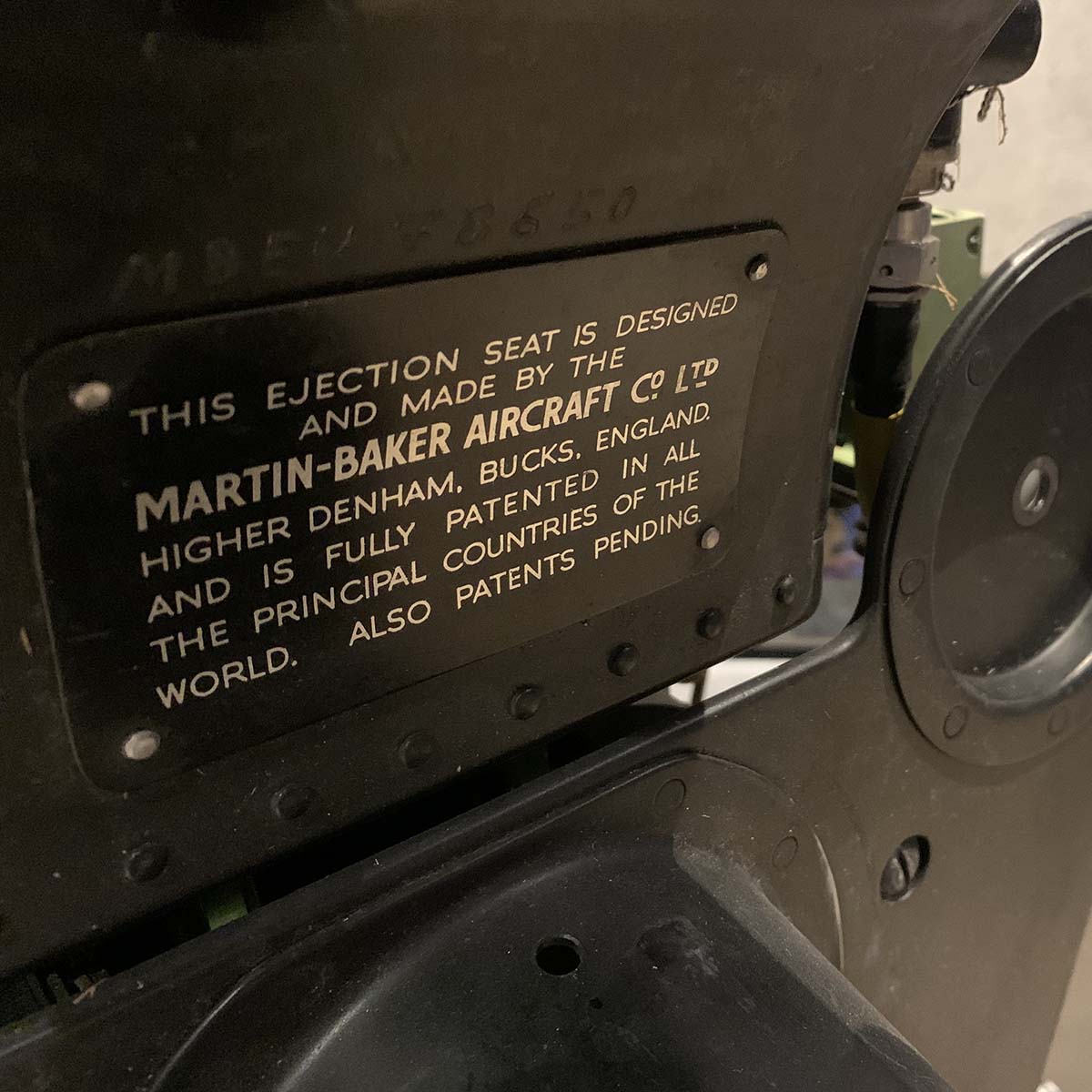 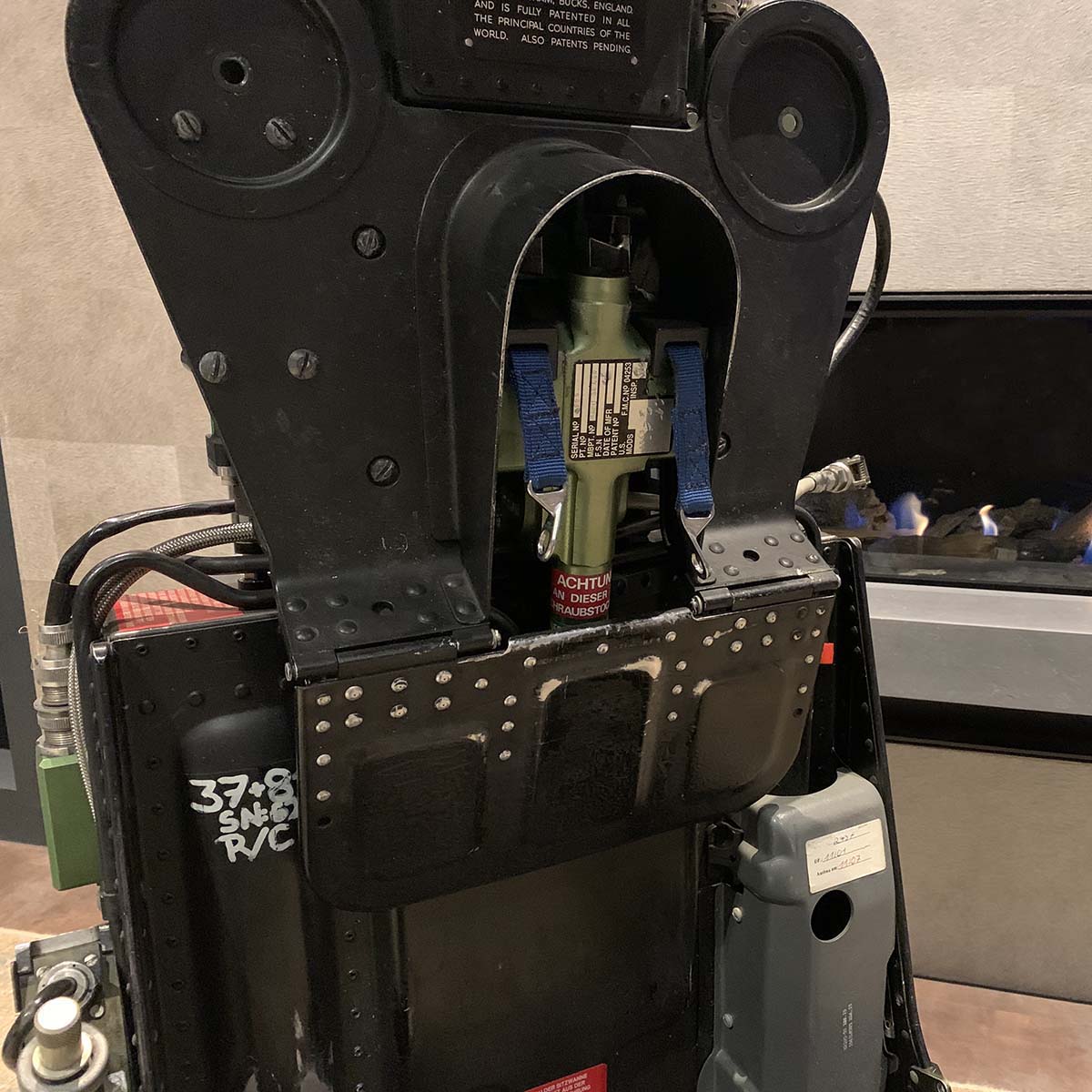 Original Martin-Baker Mk GH7(A)-3 McDonnell Douglas F-4F Phantom ejection seat (rear seat). Logbook of the chair available and included. Seat will be delivered as shown. You can use the seat as is and let it play a major role in your interior. You can also consider it as a major asset of your mancave or put it on display as part of your aviation themed bar.

The airframe this seat came from, aircraft 37+81, first flew on 26 August 1974. It served with several units of the German Air Force. After the aircraft was withdrawn from use it was scrapped by 2013.

The McDonnell Douglas F-4 Phantom II is a tandem two-seat, twin-engine, all-weather, long-range supersonic jet interceptor and fighter-bomber originally developed for the United States Navy by McDonnell Aircraft. Over 5,000 Phantoms were built and flown in various countries around the world. The type was very active during the Vietnam war. At this moment (early 2021), the type is still in use with the air forces of Greece, Iran, Japan, South Korea and Turkey.

The German Air Force operated the F-4 Phantom from 1971 to June 2013. A total of 273 Phantoms have been handed over to Germany (175 F-4Fs, 88 RF-4Es and 10 F-4Es). The type replaced the F-104 Starfighter operating with two reconnaissance wings, two fighter units and two figher-bomber units. While the RF-4s were withdrawn, the F-4F was replaced by the Eurofighter Typhoon.