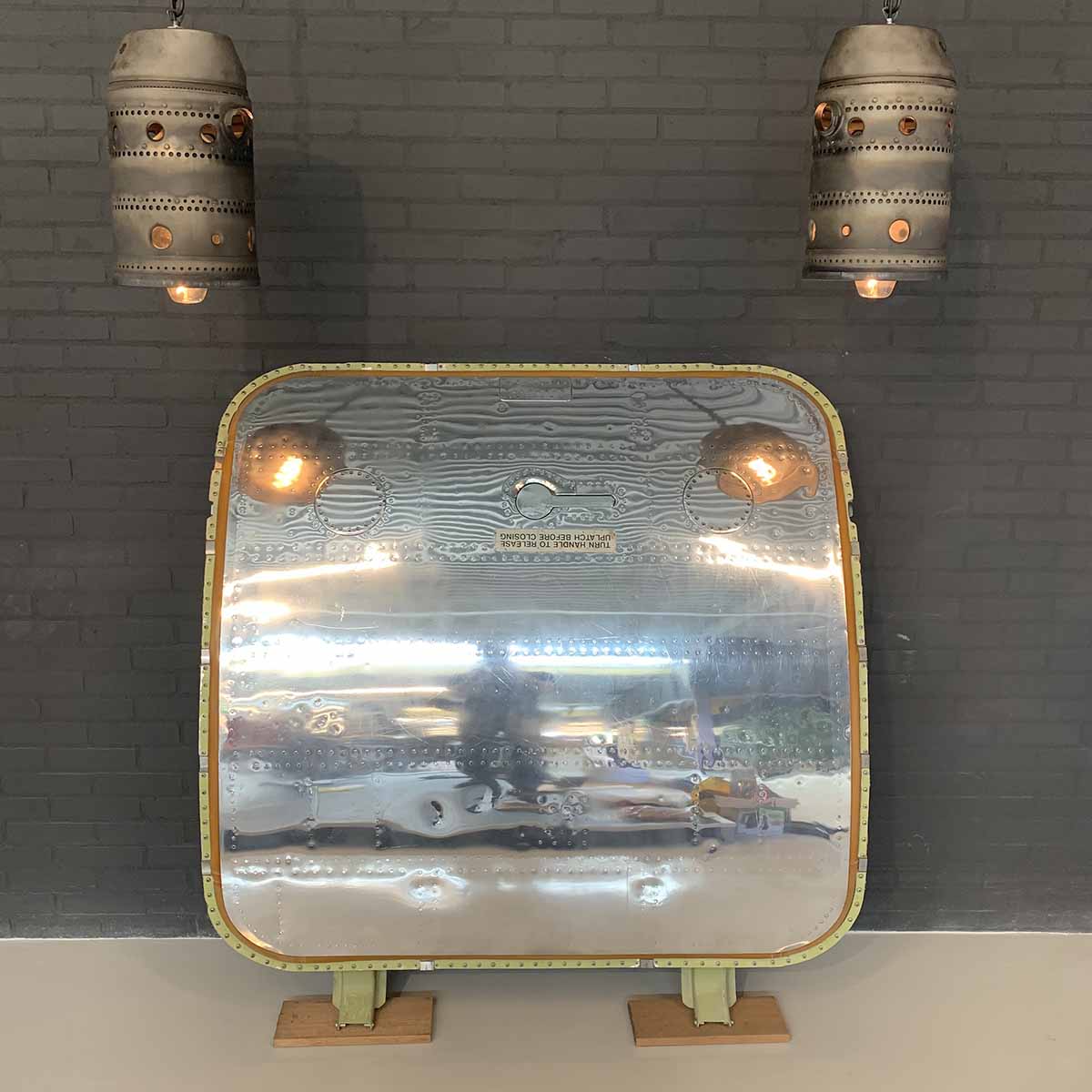 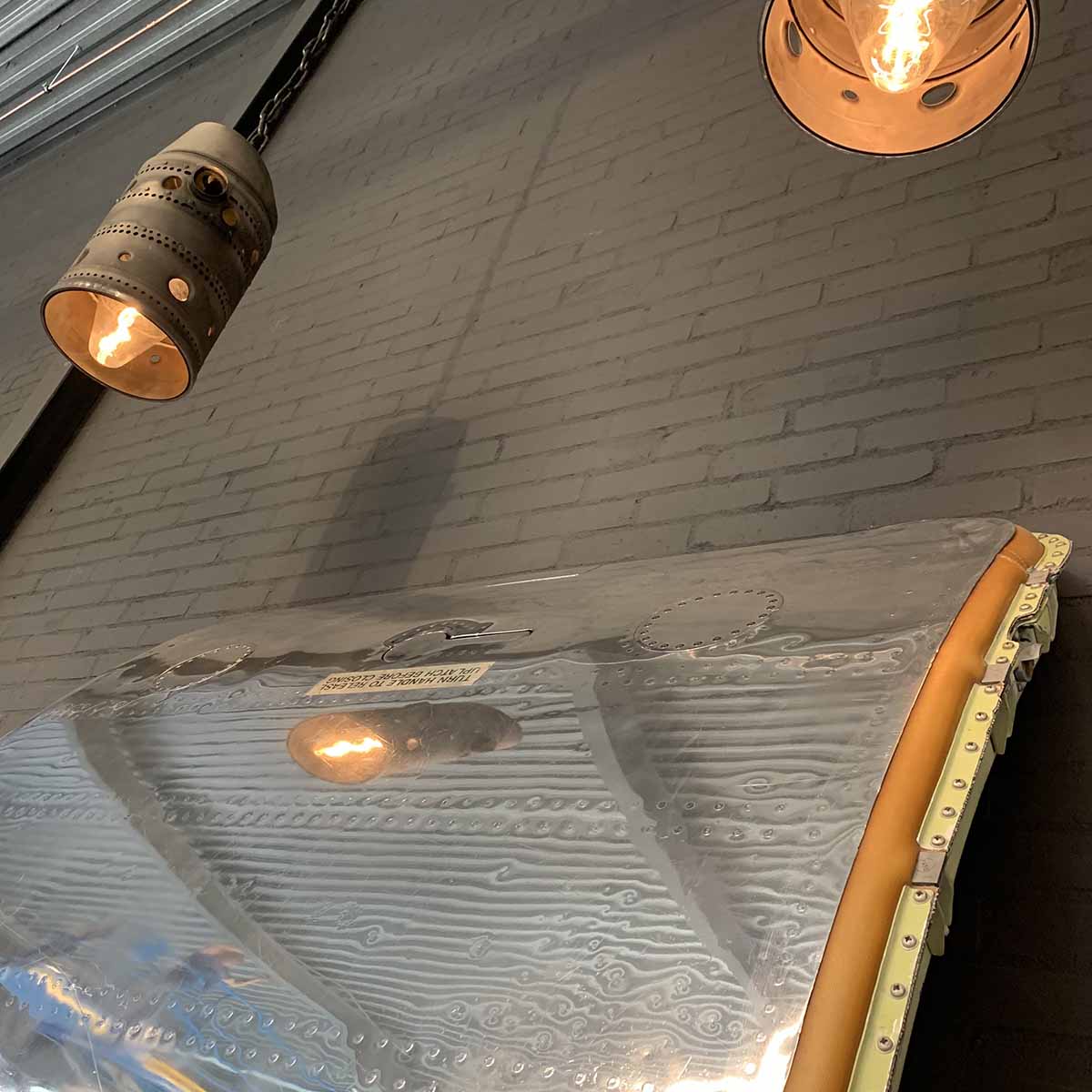 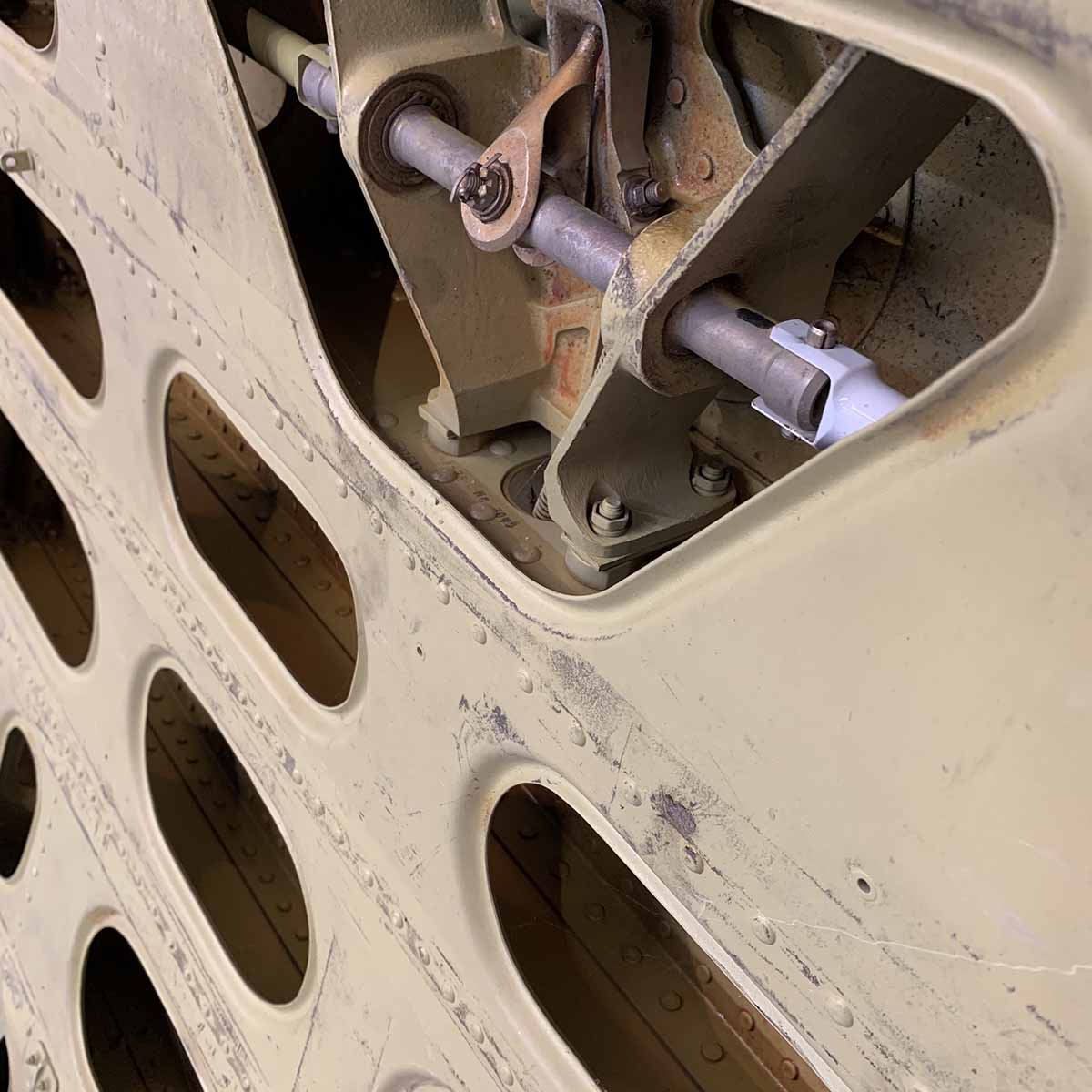 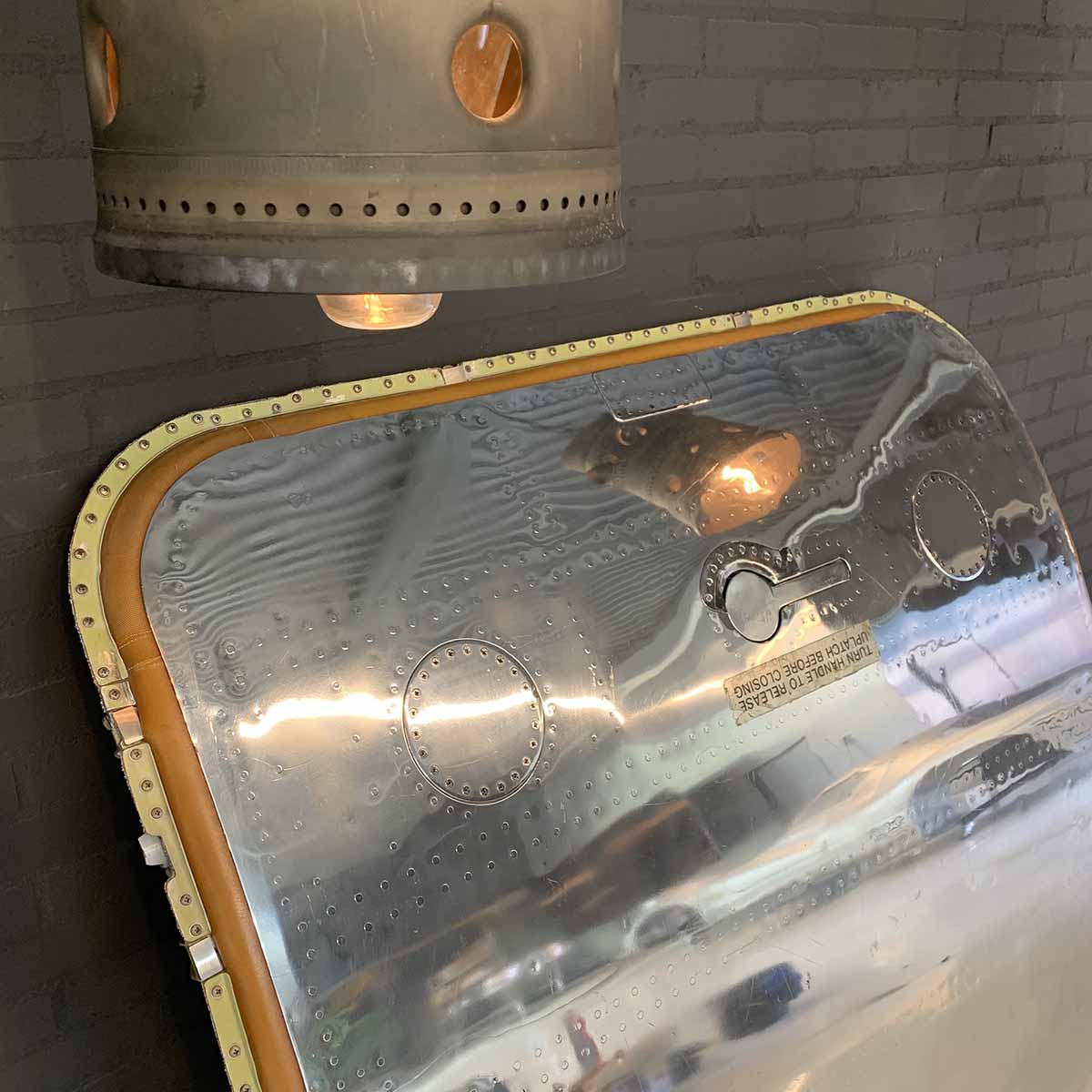 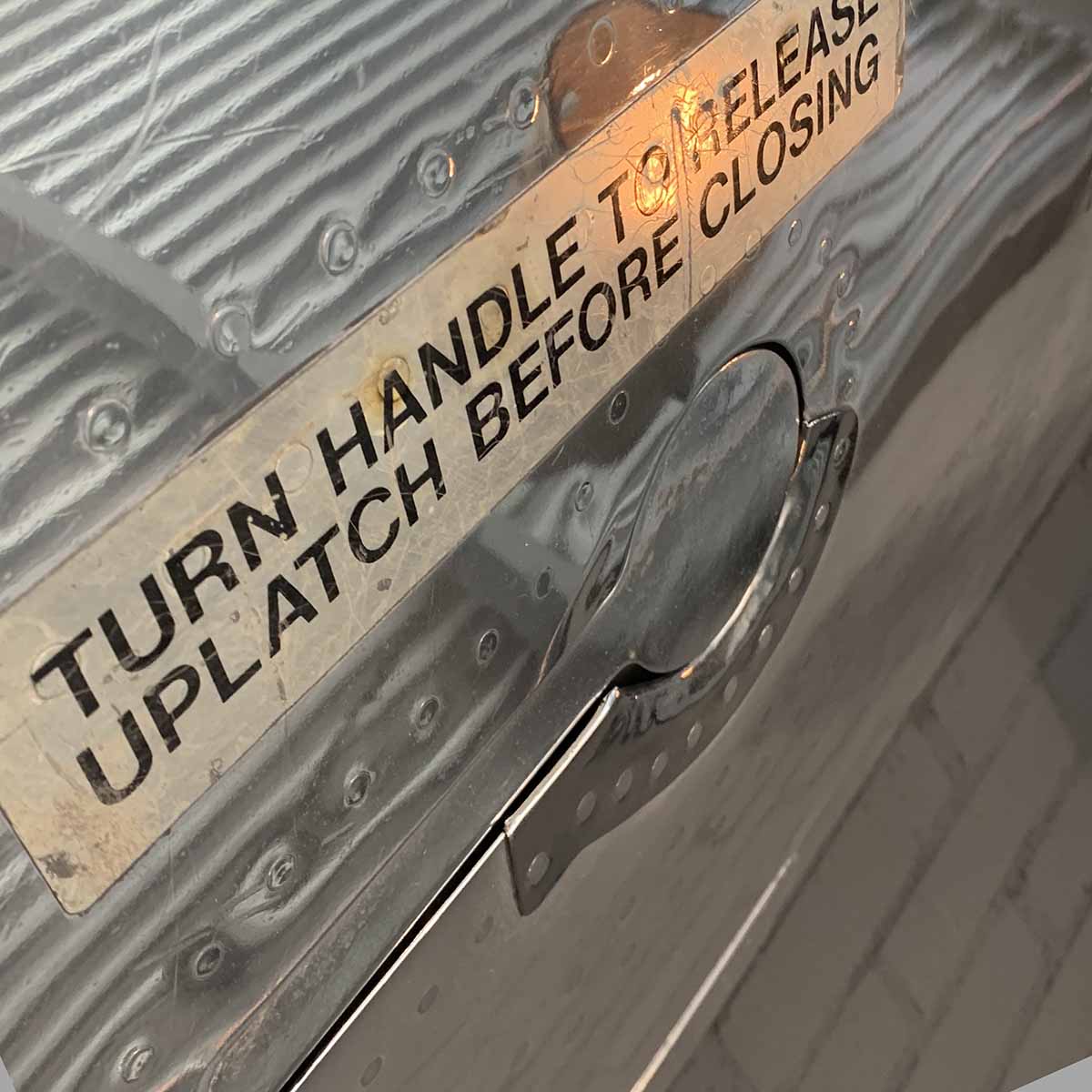 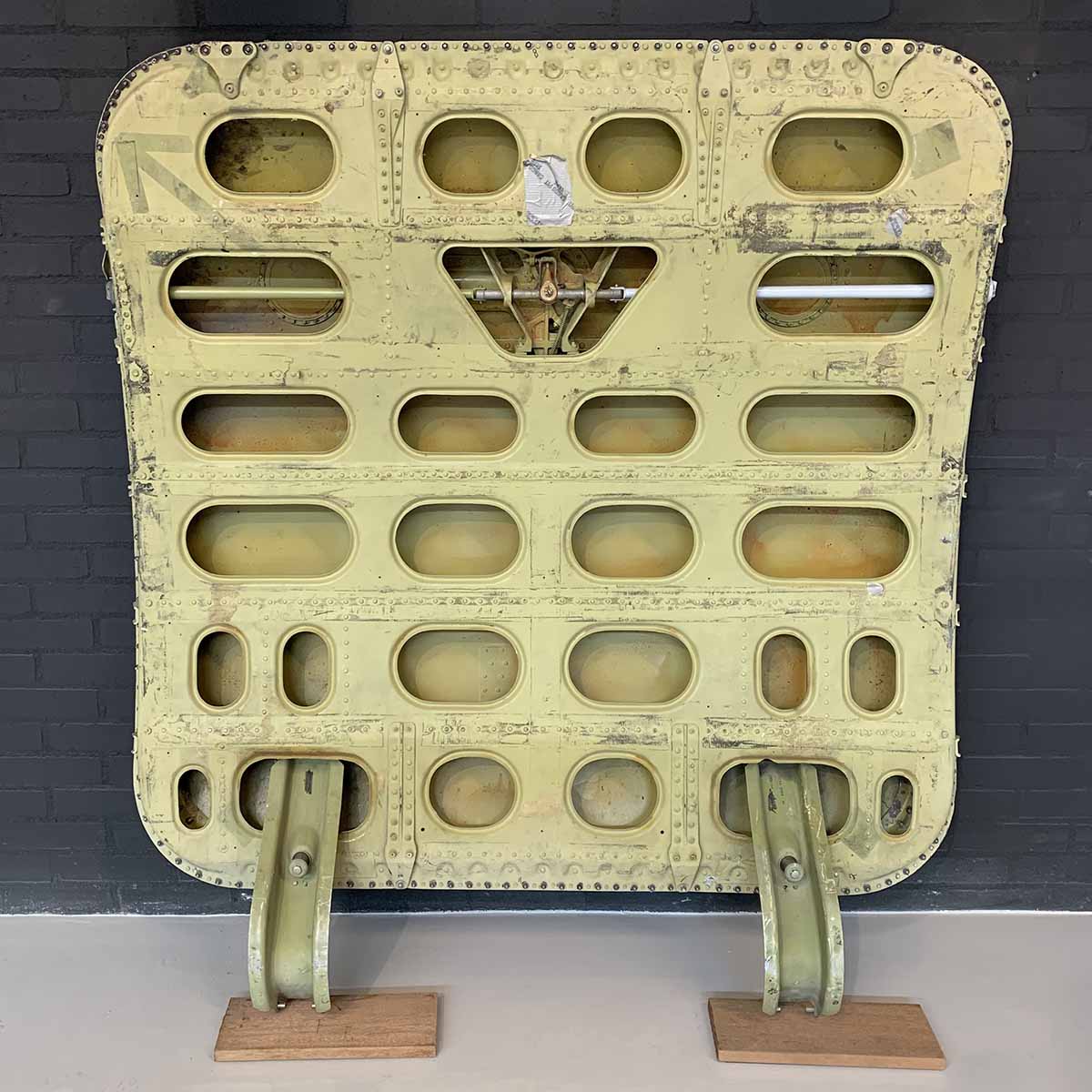 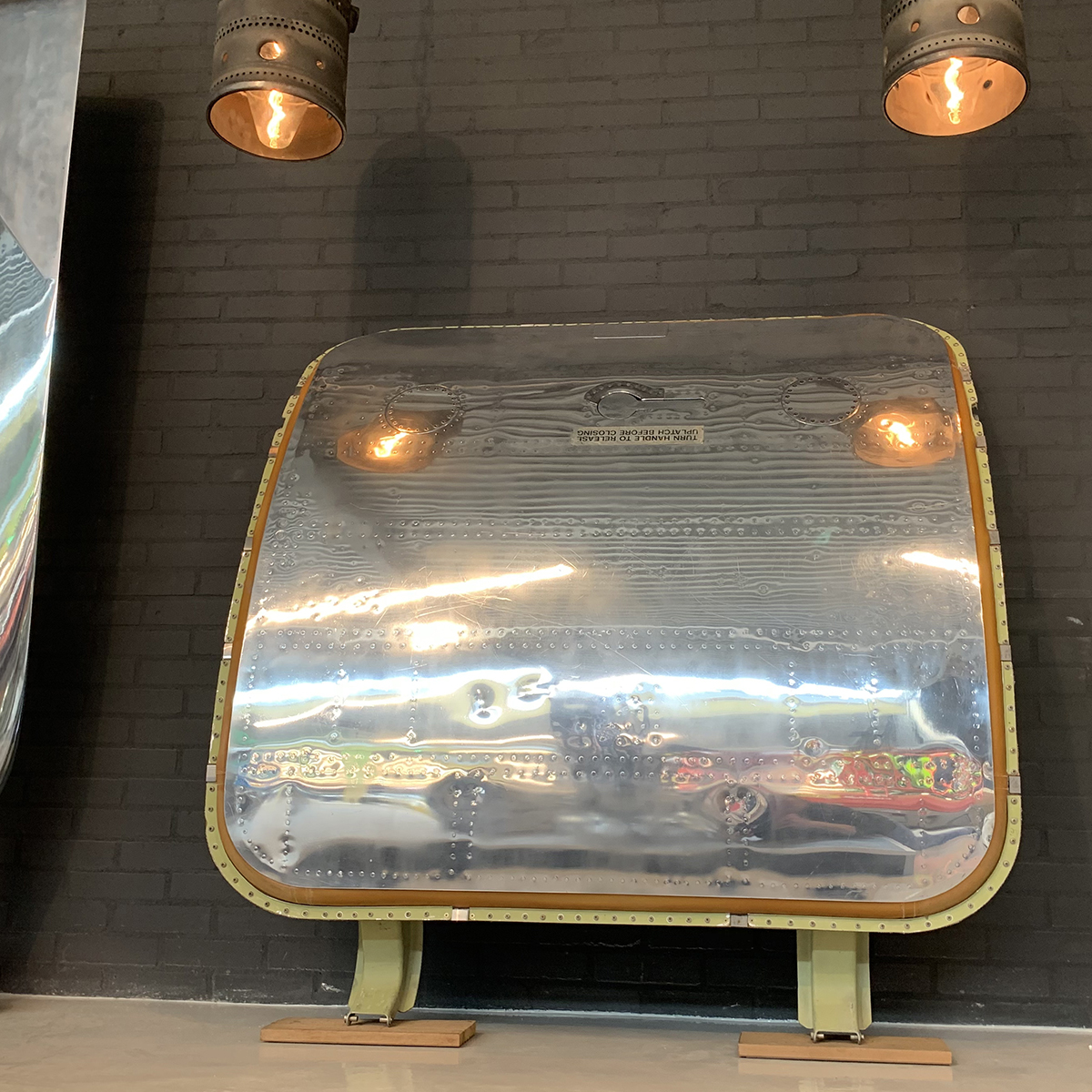 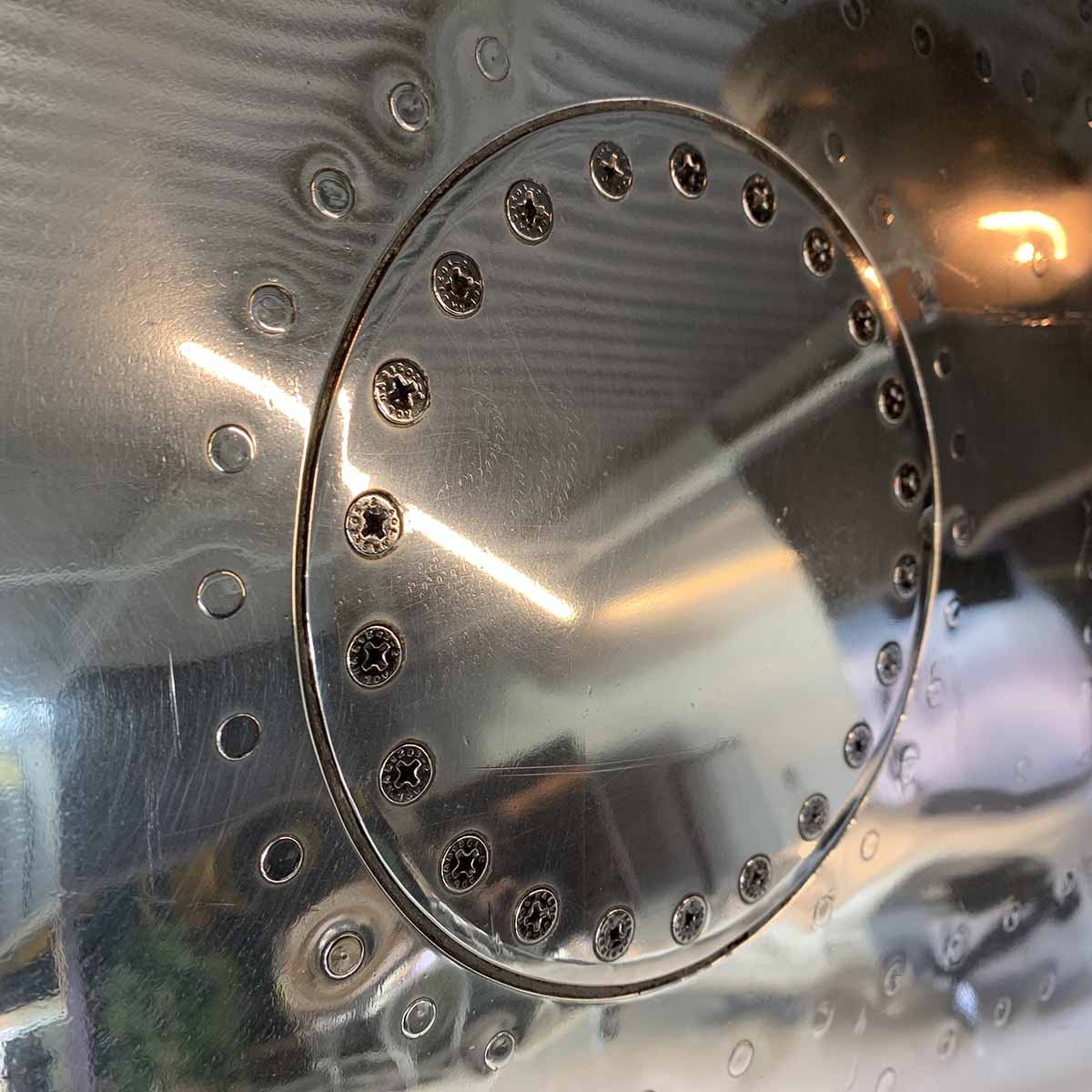 The McDonnell Douglas DC-9, and its successors, has been in production as a passenger aircraft from the 1960s until 2006. This is a cargo door taken from one of nearly 1000 DC-9s built. The cargo door was opened and closed numerous times during the time the aircraft was active. Facilitating loading and unloading luggage and other items.

By polishing the door, a dazzling part has been created with a beautiful industrial look. Due to its size, it is hardly possible to ignore the item when positioned in your office or any other aviation themed room. the convex shape of the door will result in arbitrary reflection of any light that falls on it.