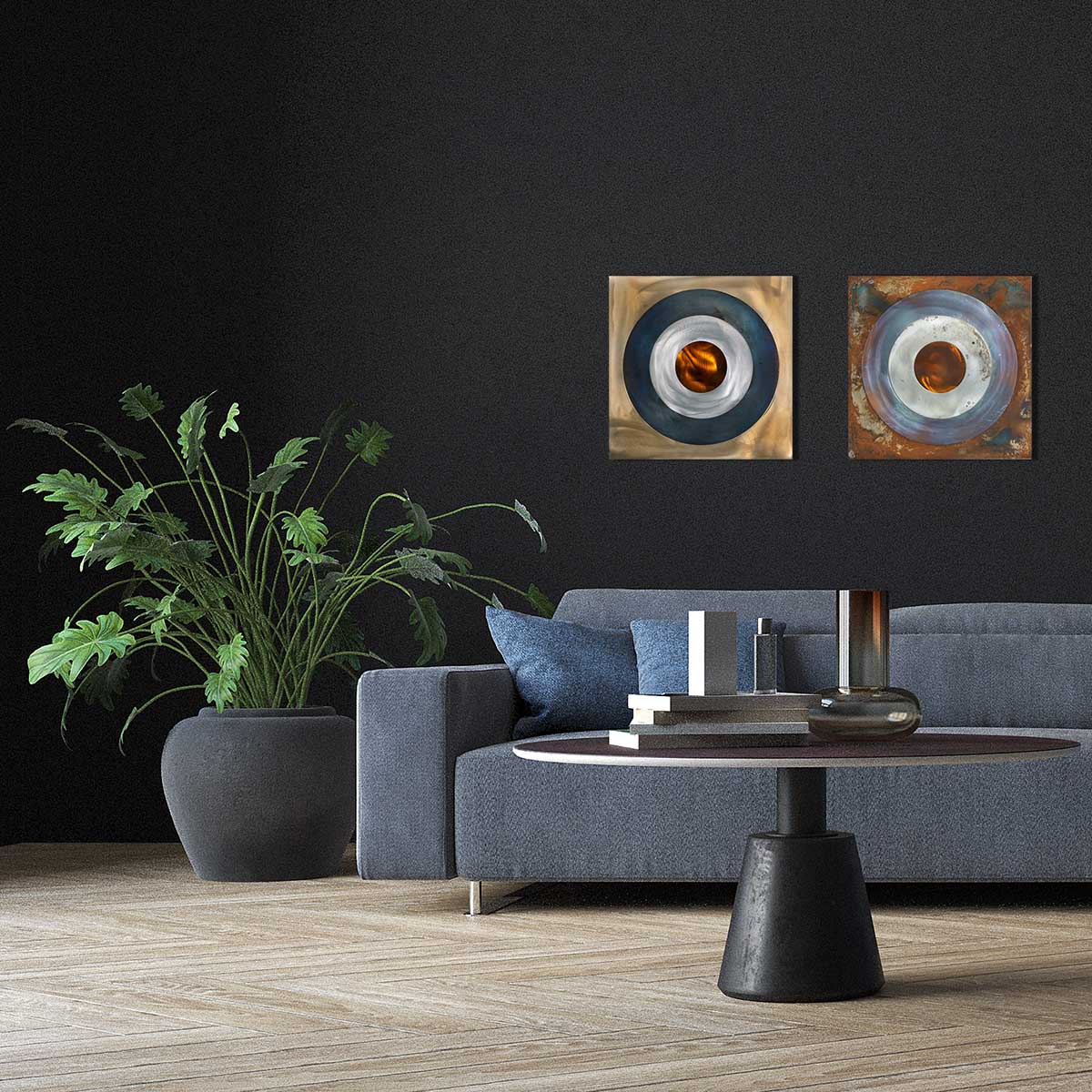 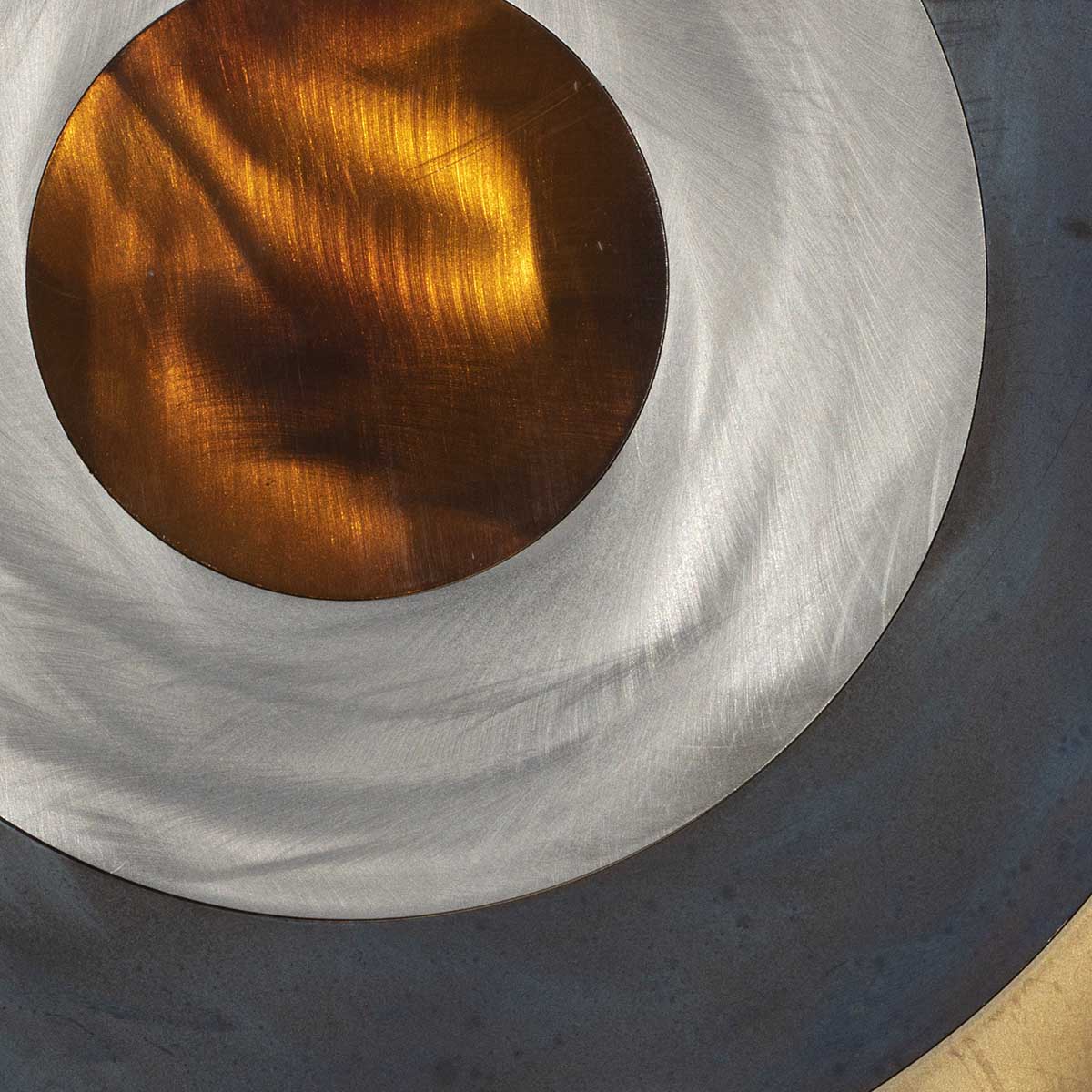 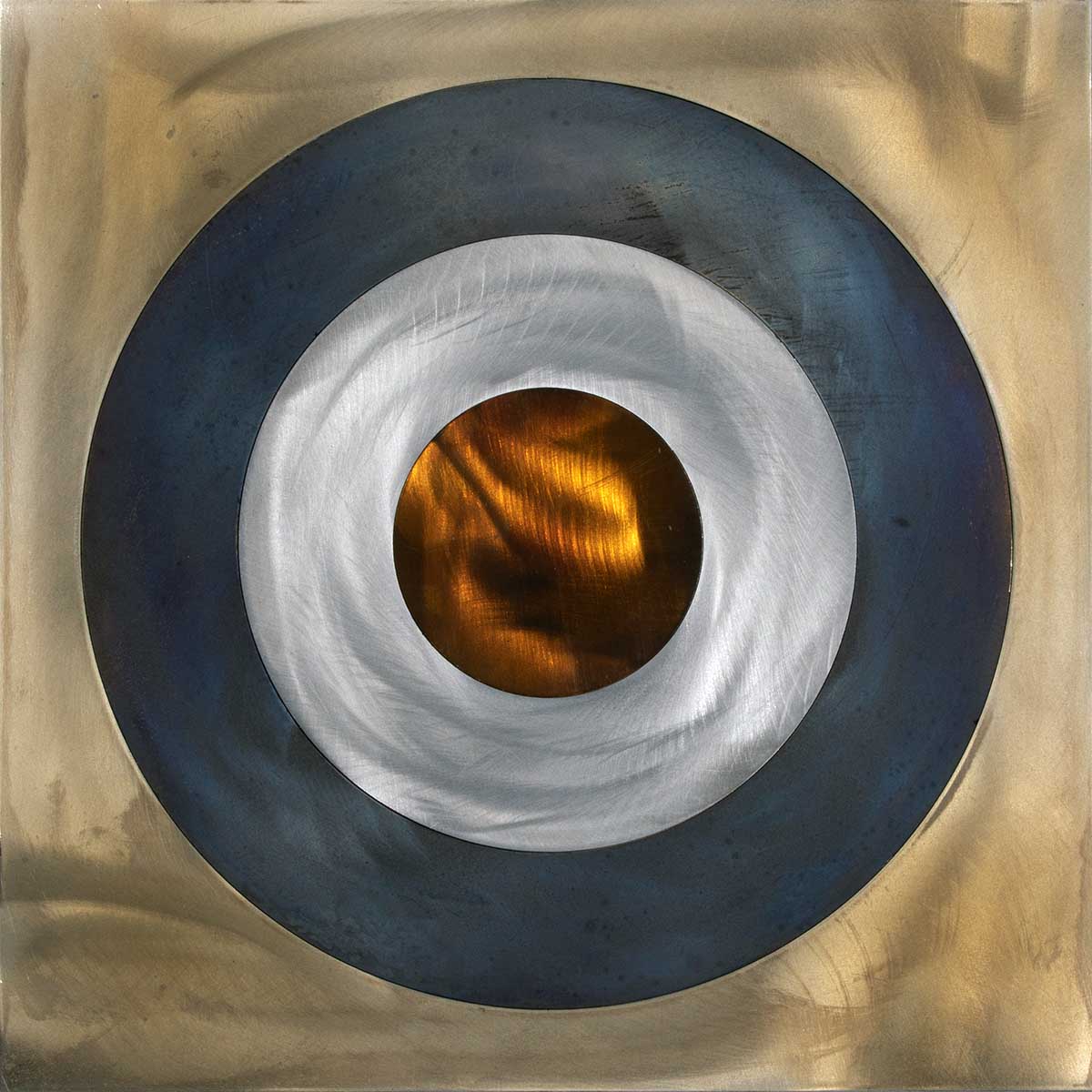 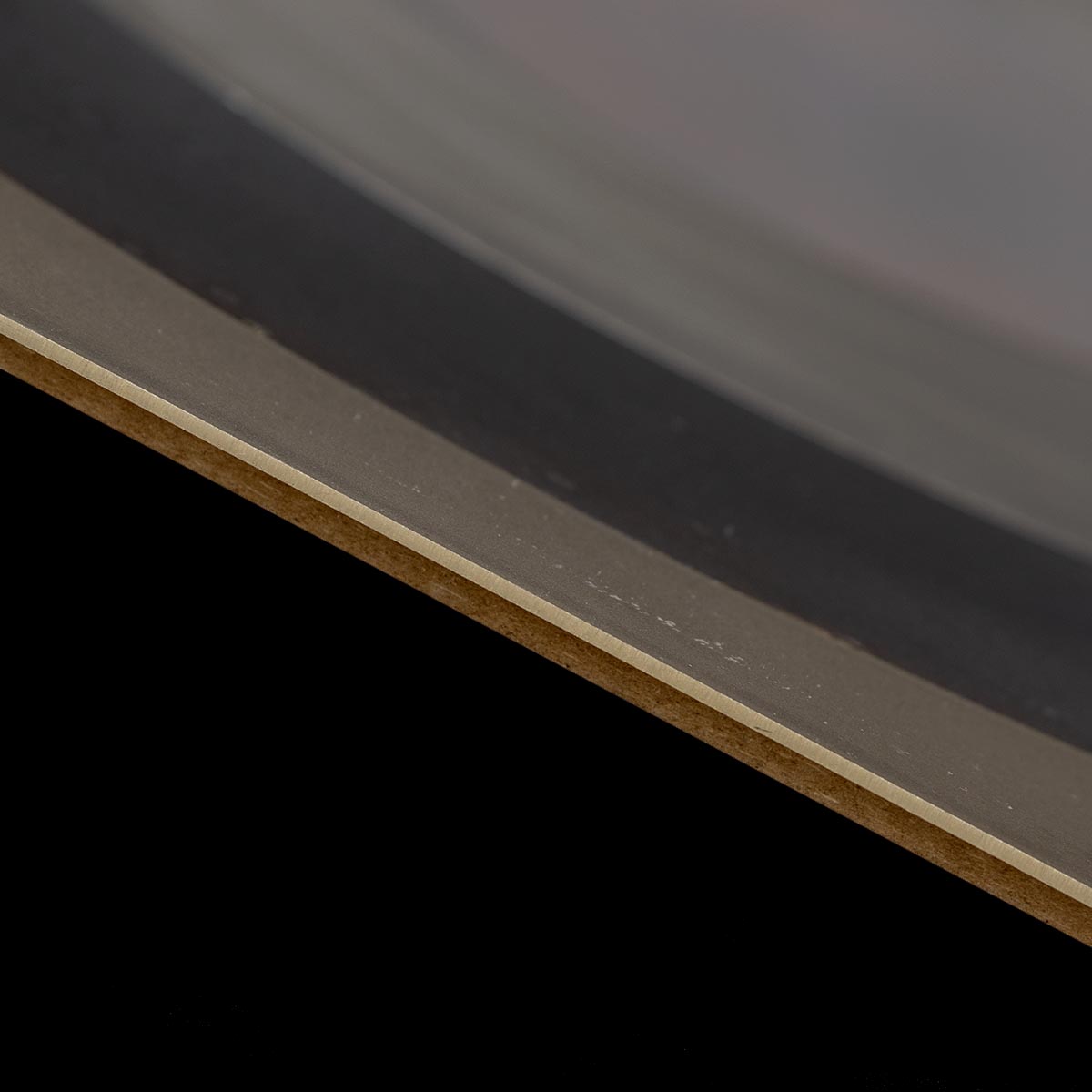 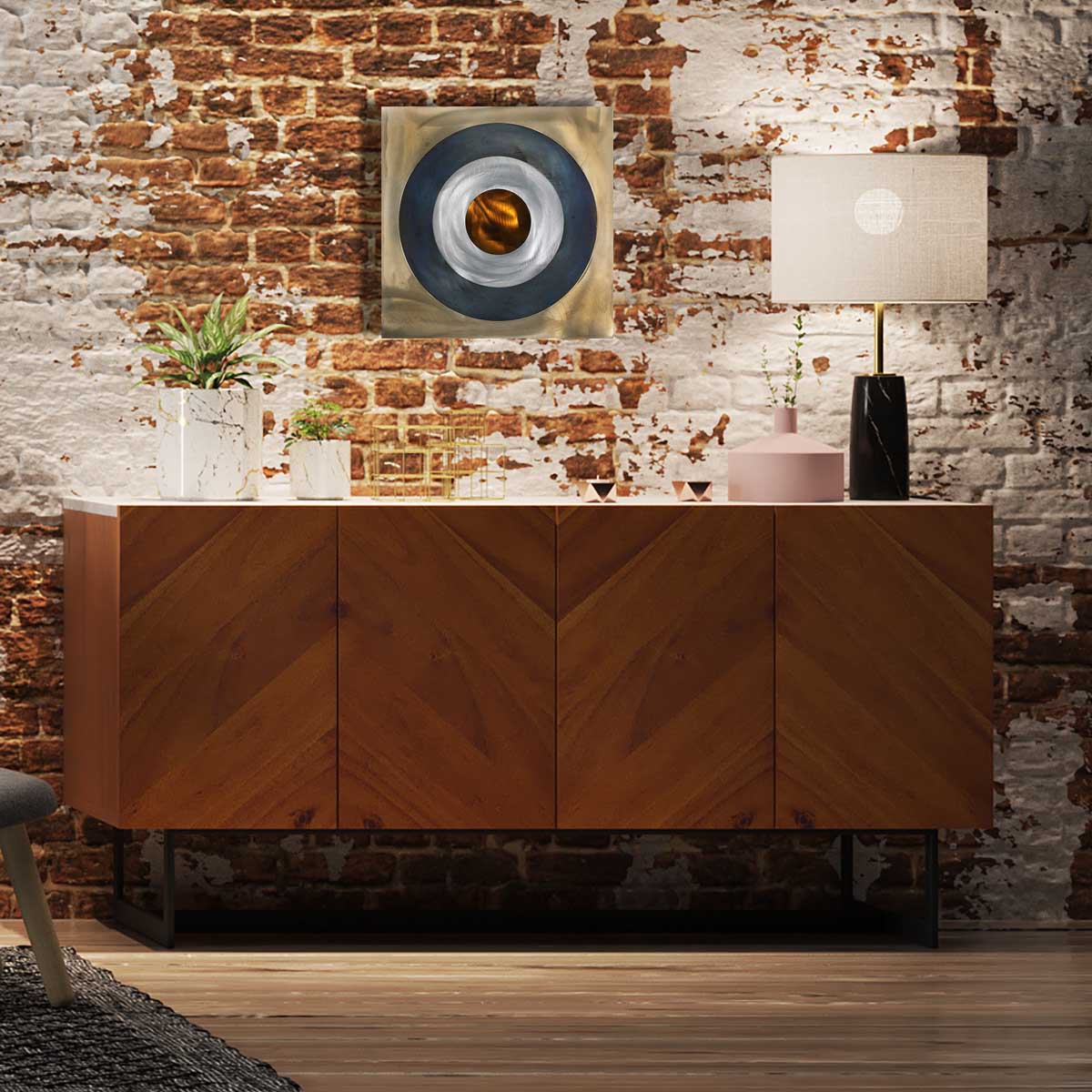 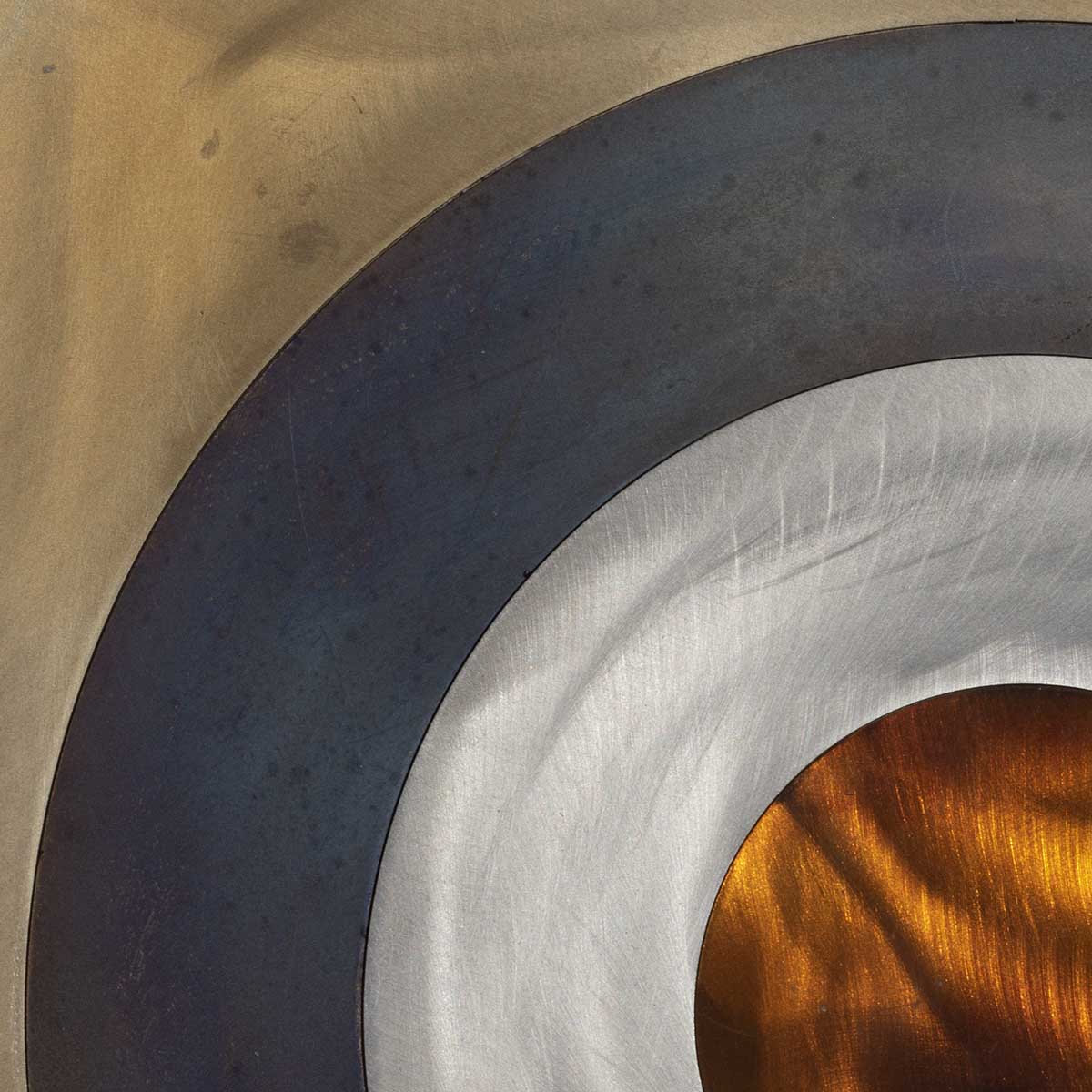 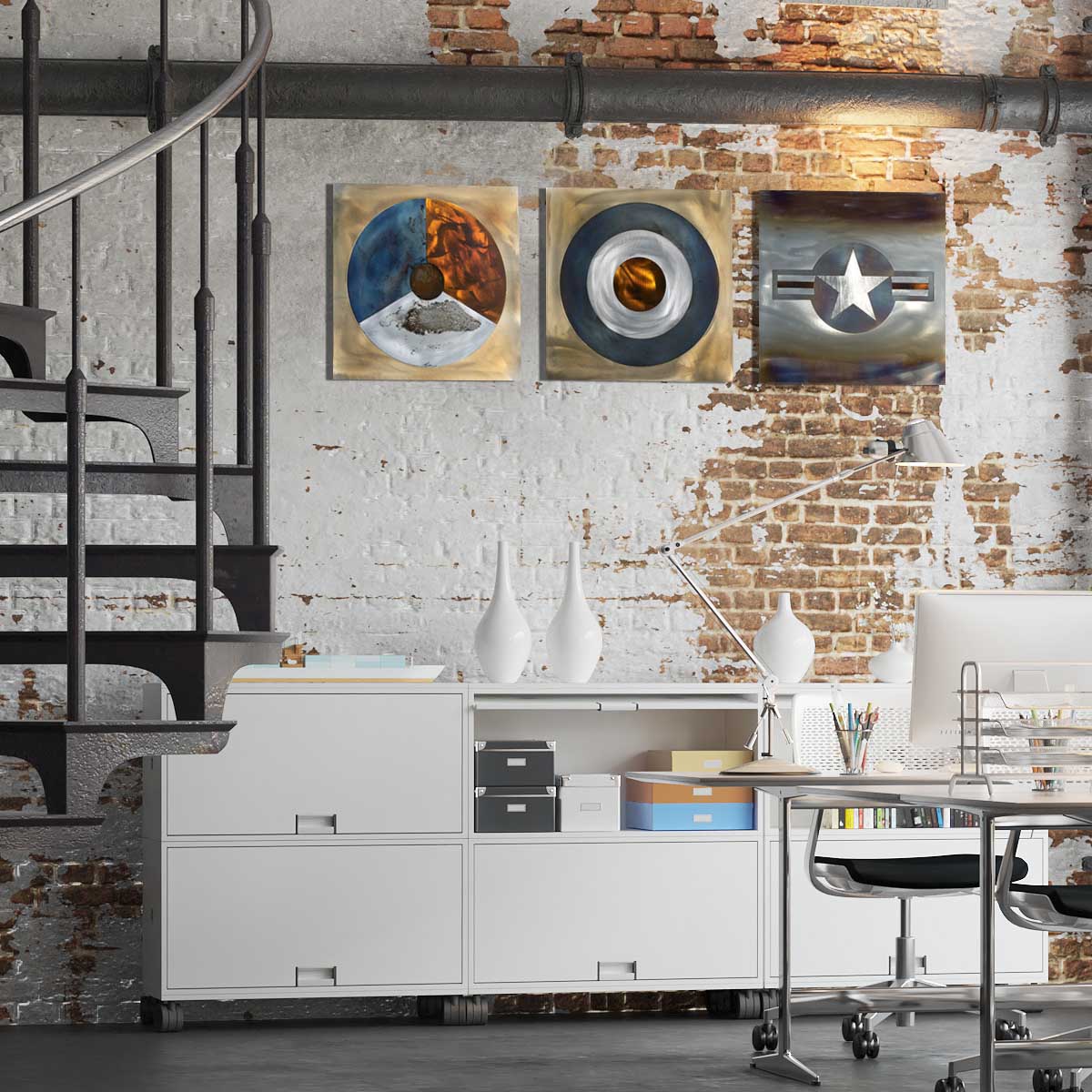 Handmade steel air force roundel of the Royal Air Force (RAF) made by Gennaro Mancini. This interpretation of the air force roundel is made up of regular and stainless steel. Each colour of the roundel is an individual laser-cut part (either steel or stainless steel). Each individual part has been given a special treatment to simulate the actual colours. It is a statement piece for every office, room or study.