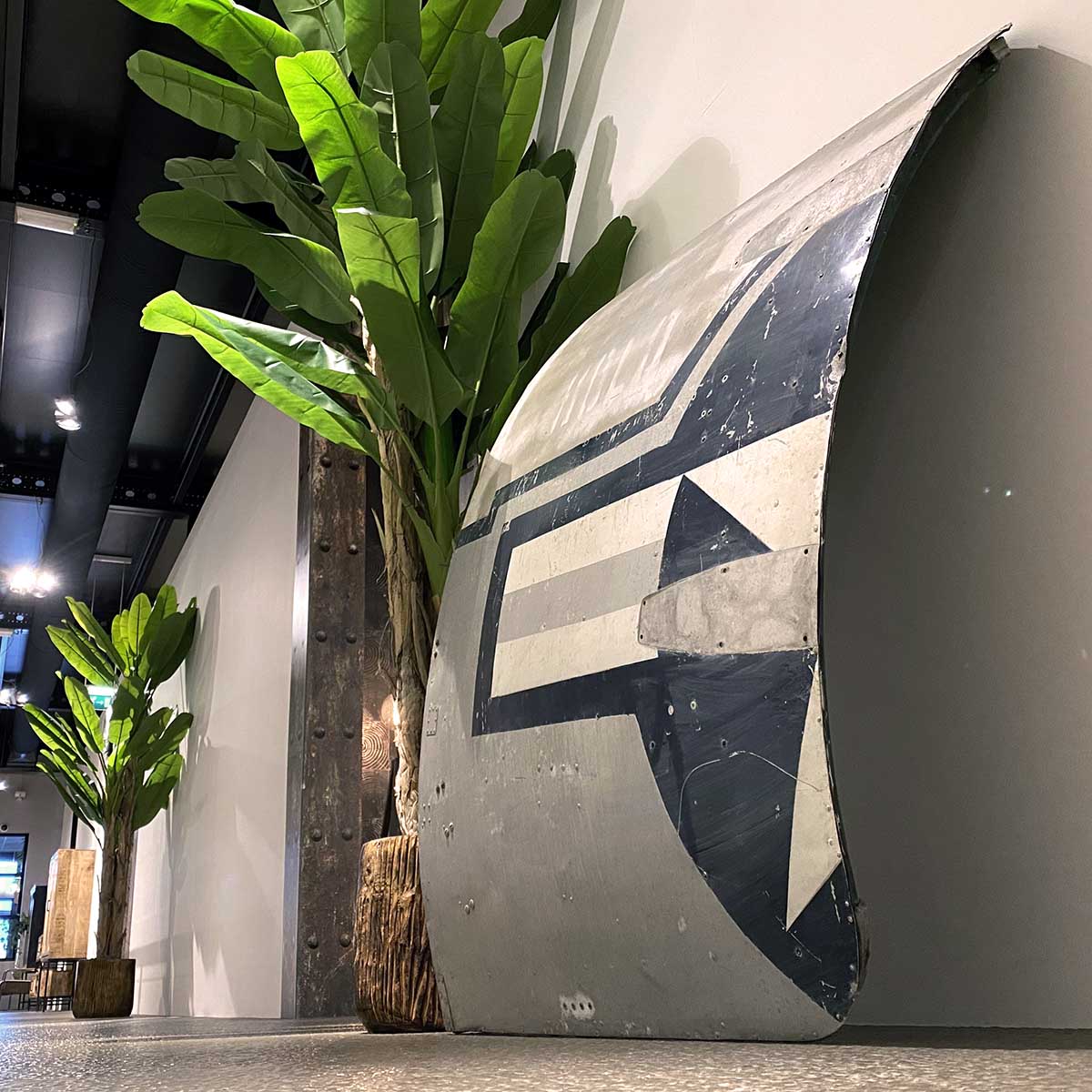 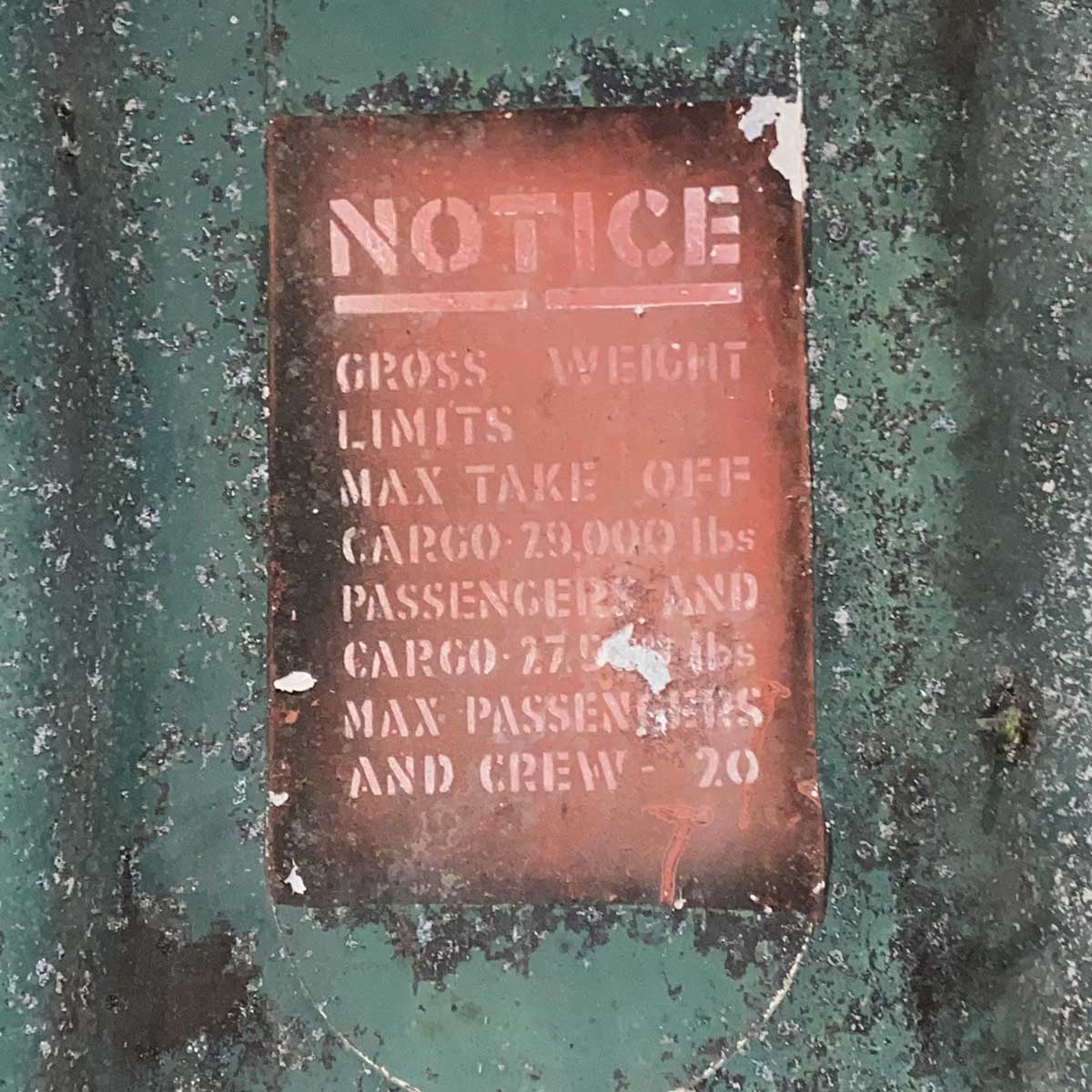 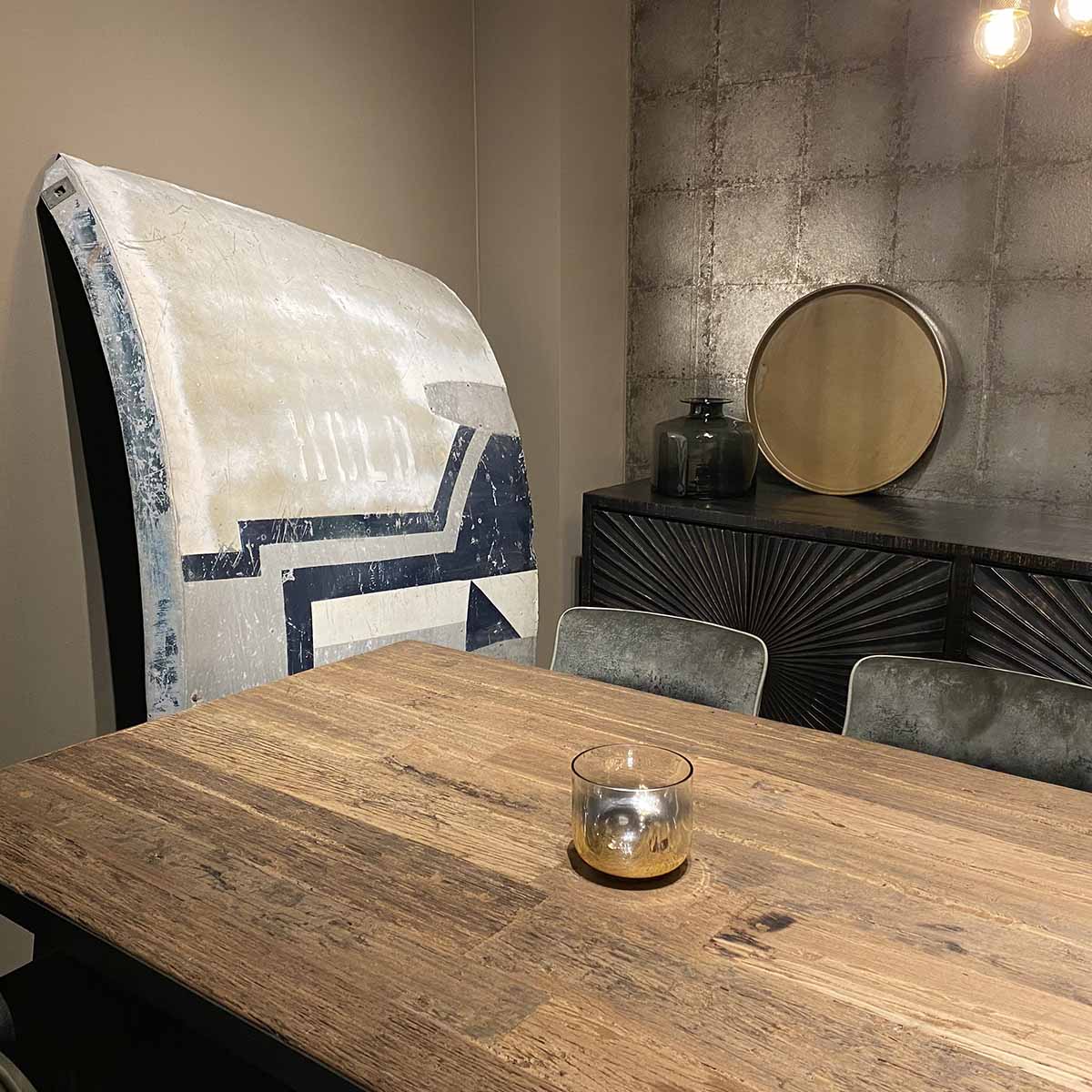 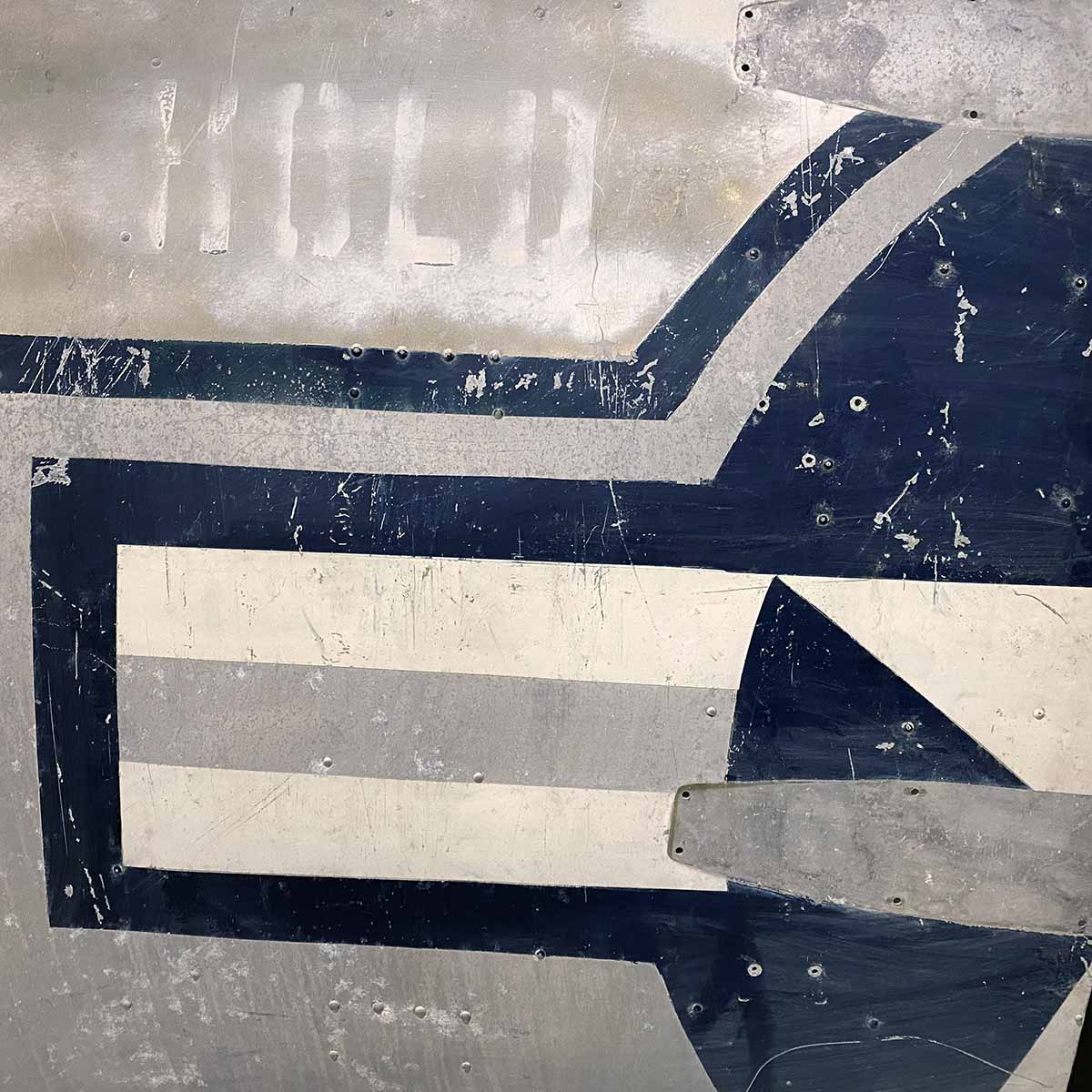 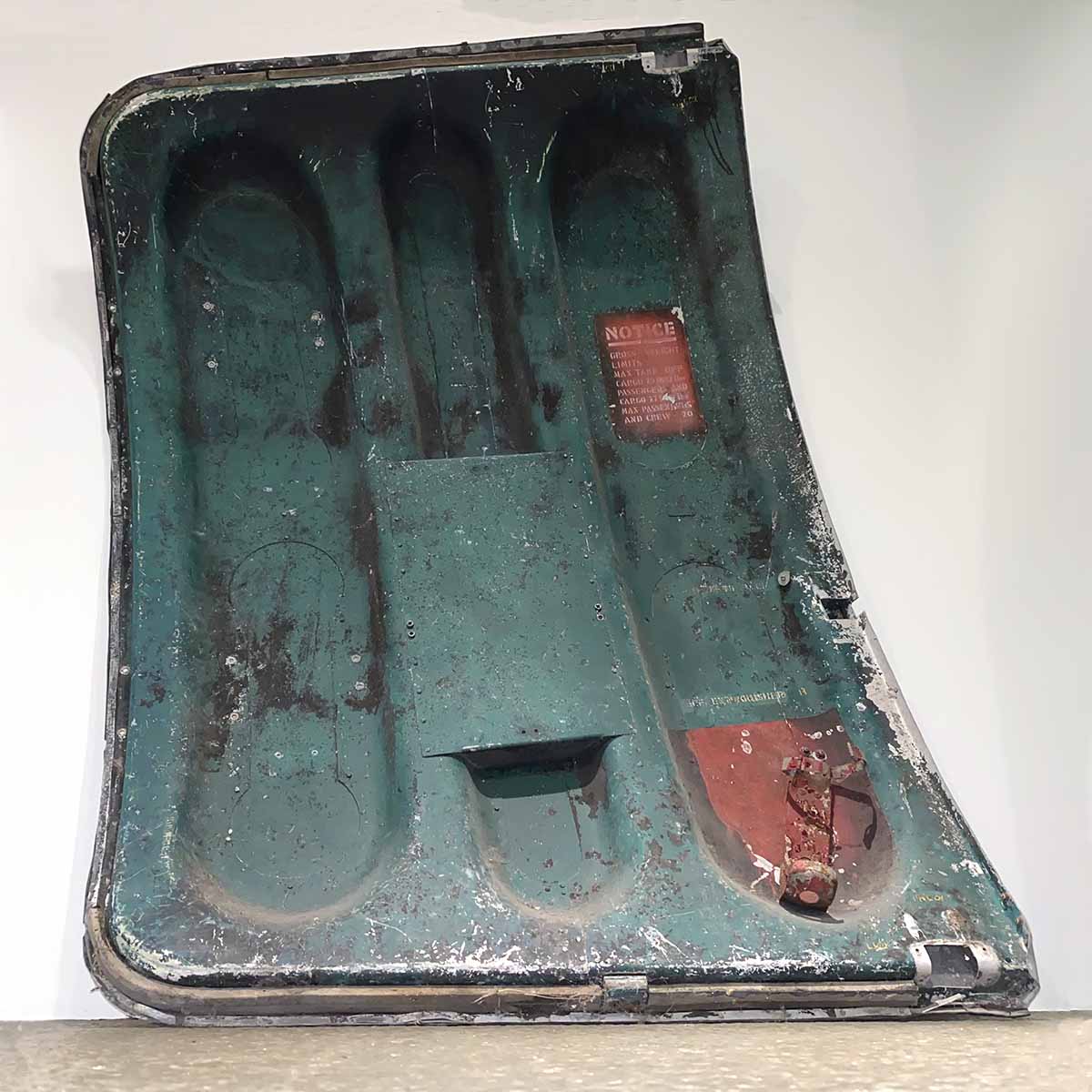 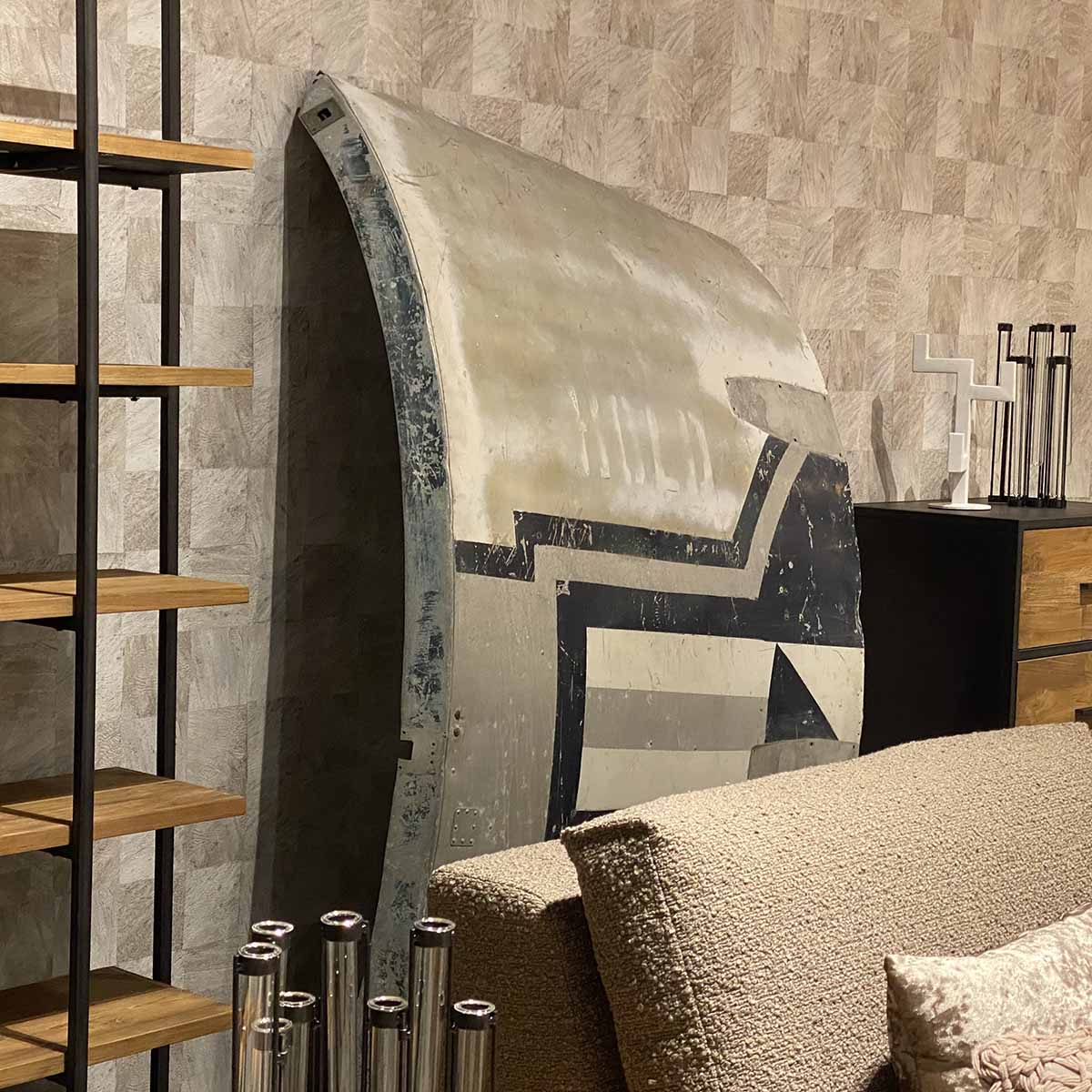 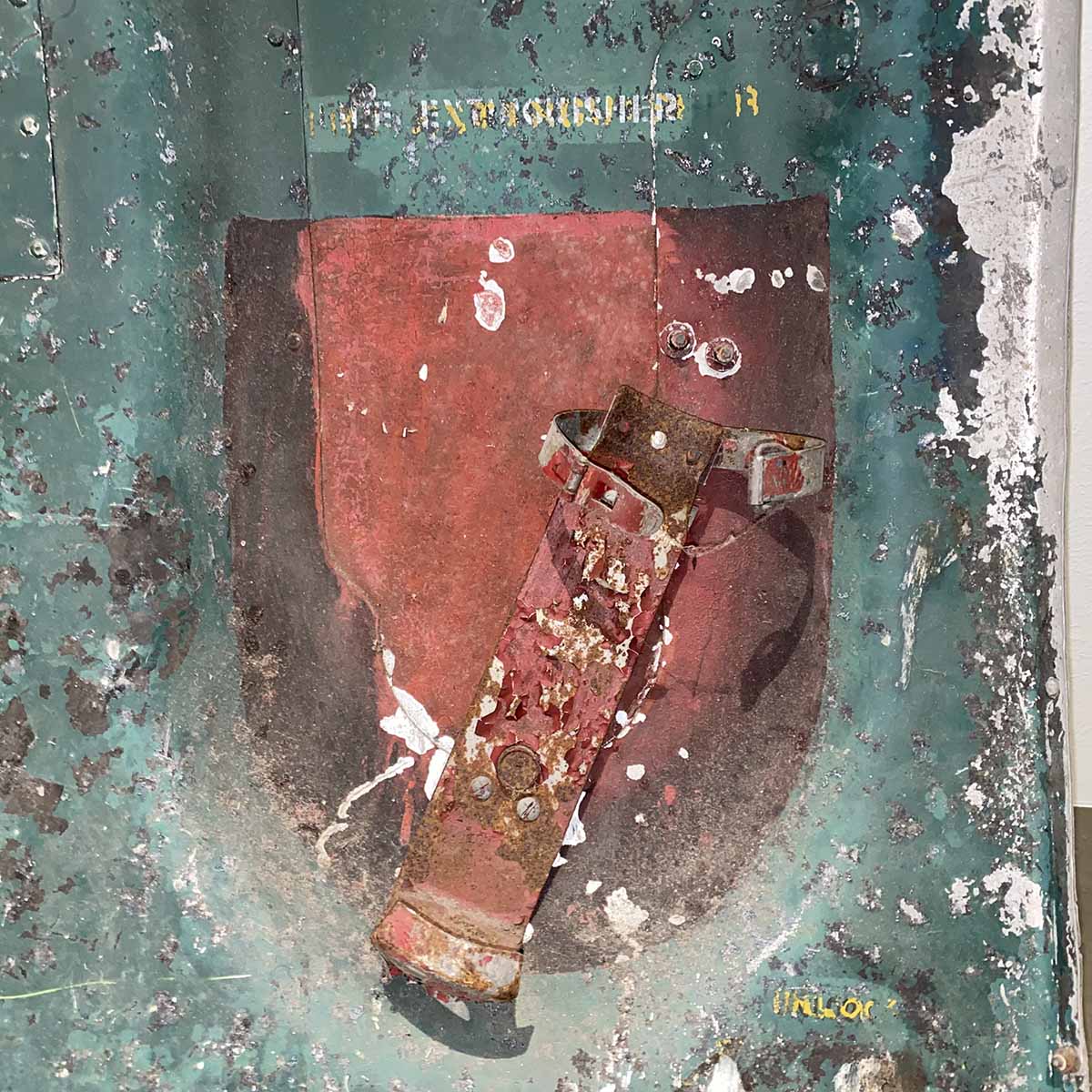 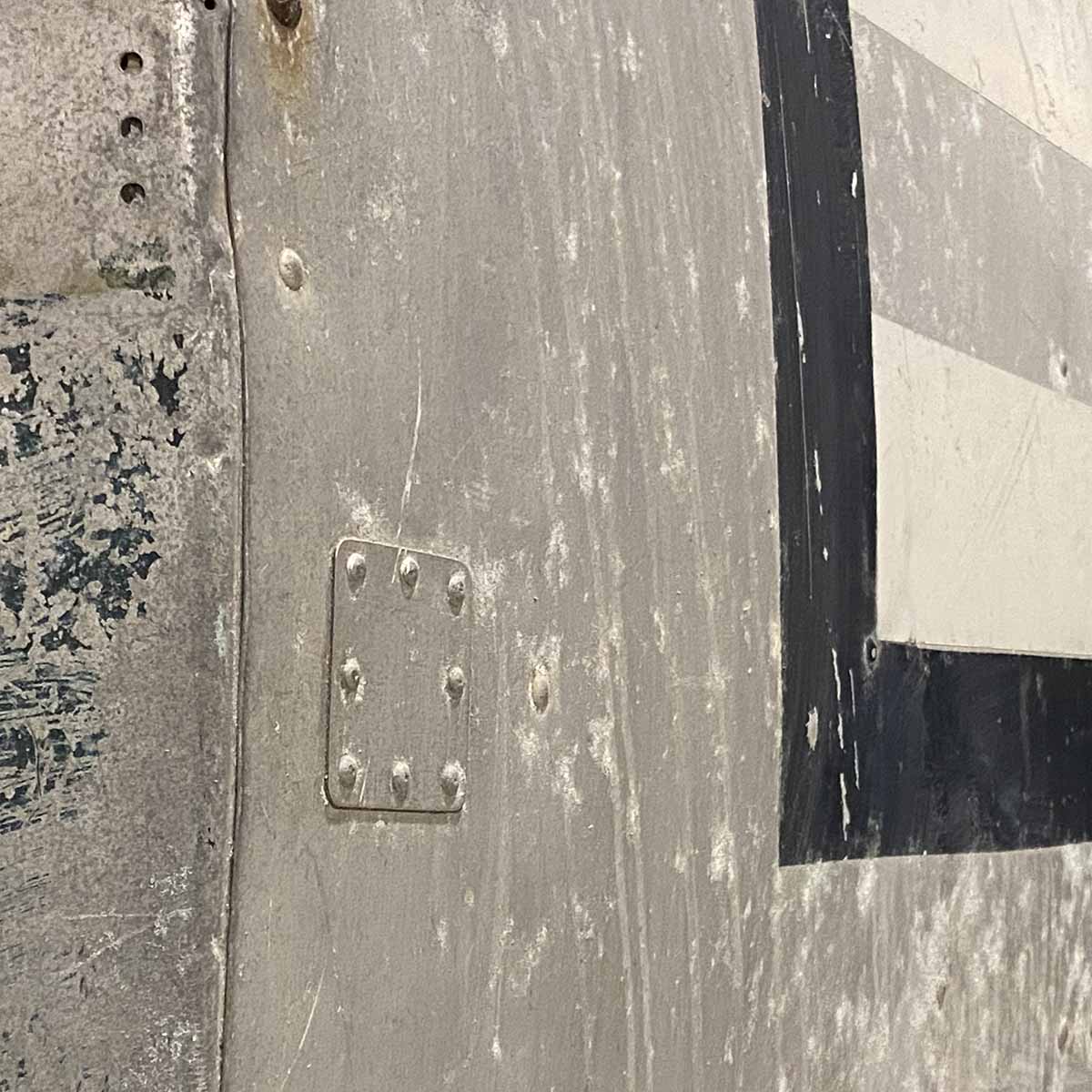 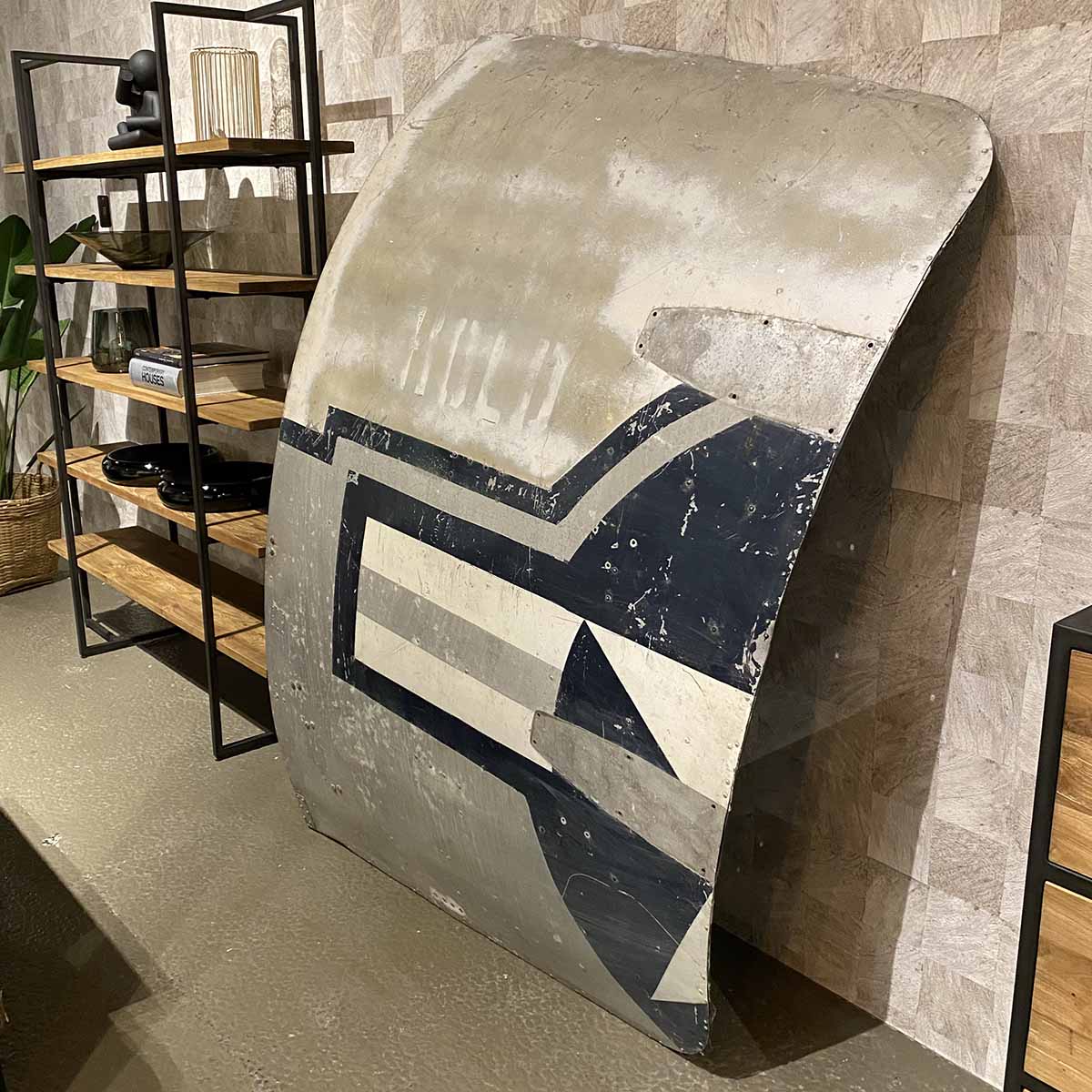 Original cargo door of a Douglas DC-3/C-47 Dakota/Skytrain. This door was once attached to one of the many of C-47s that have been in use with the US military.

The door still carries its original colours, including part of the US military roundel and the text ´HOLD´. This text was added when it ended up in the large aircraft boneyard at Davis Monthan AFB in Arizona. When the aircraft disappeared from the boneyard this part was saved and it is now available for your mancave, restaurant or office.