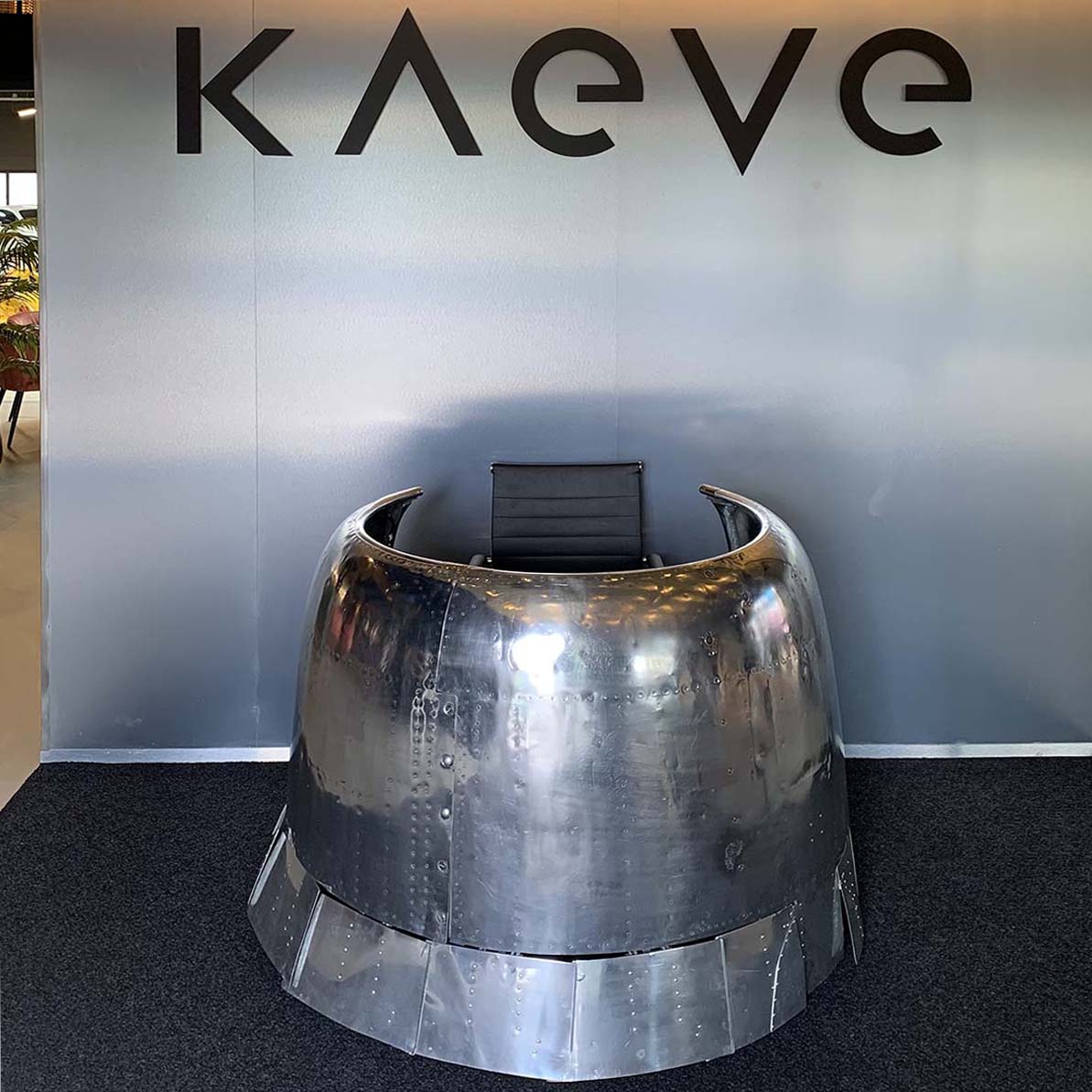 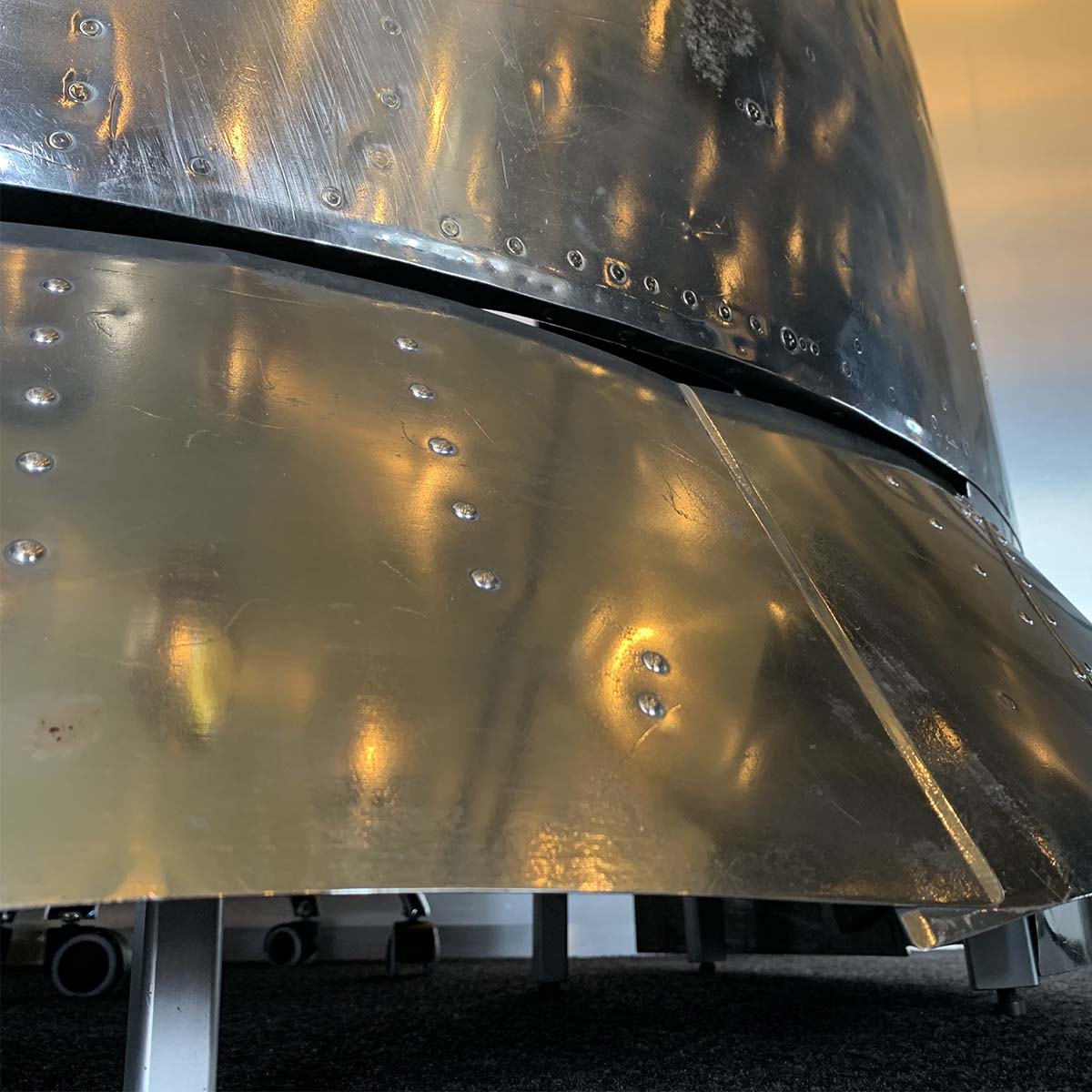 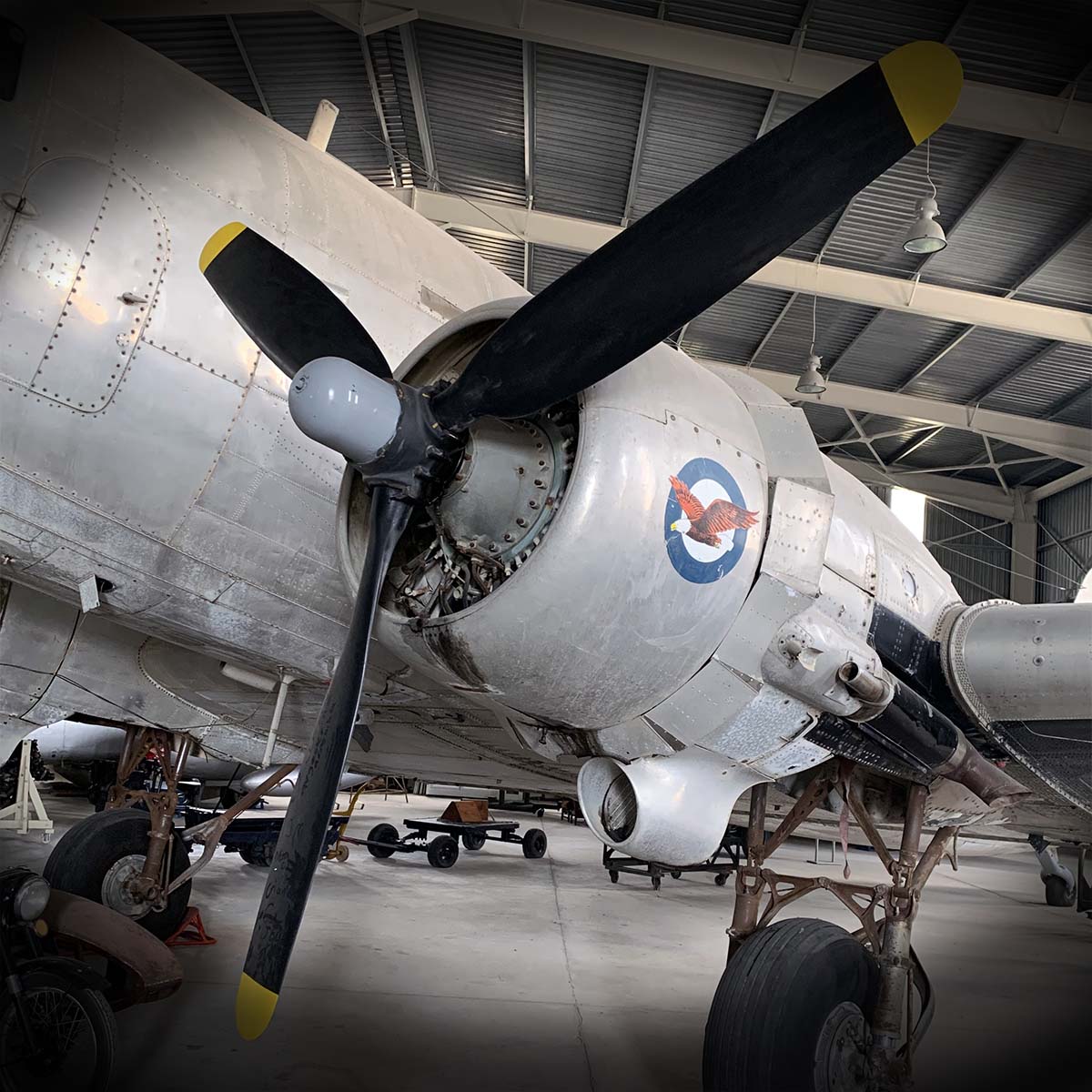 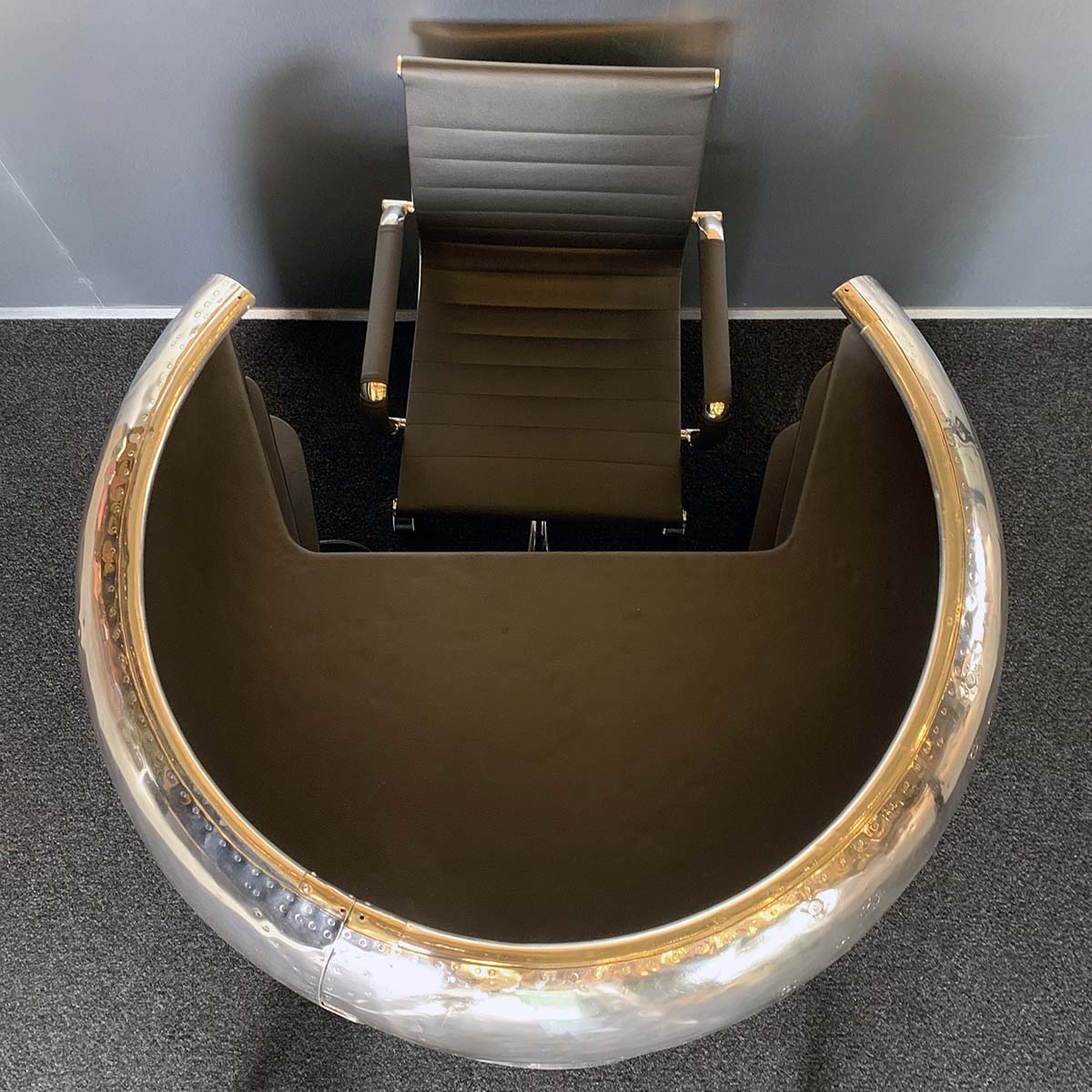 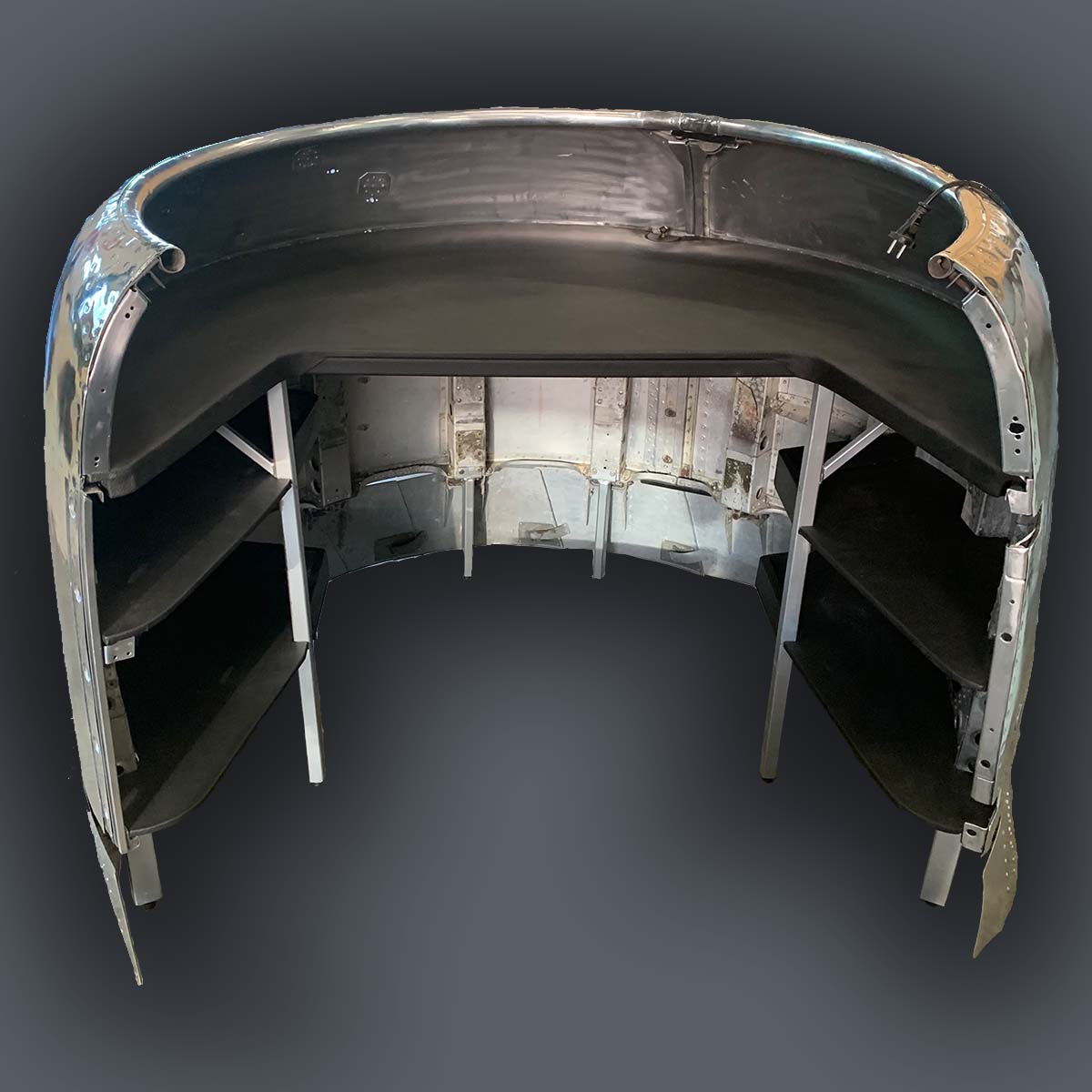 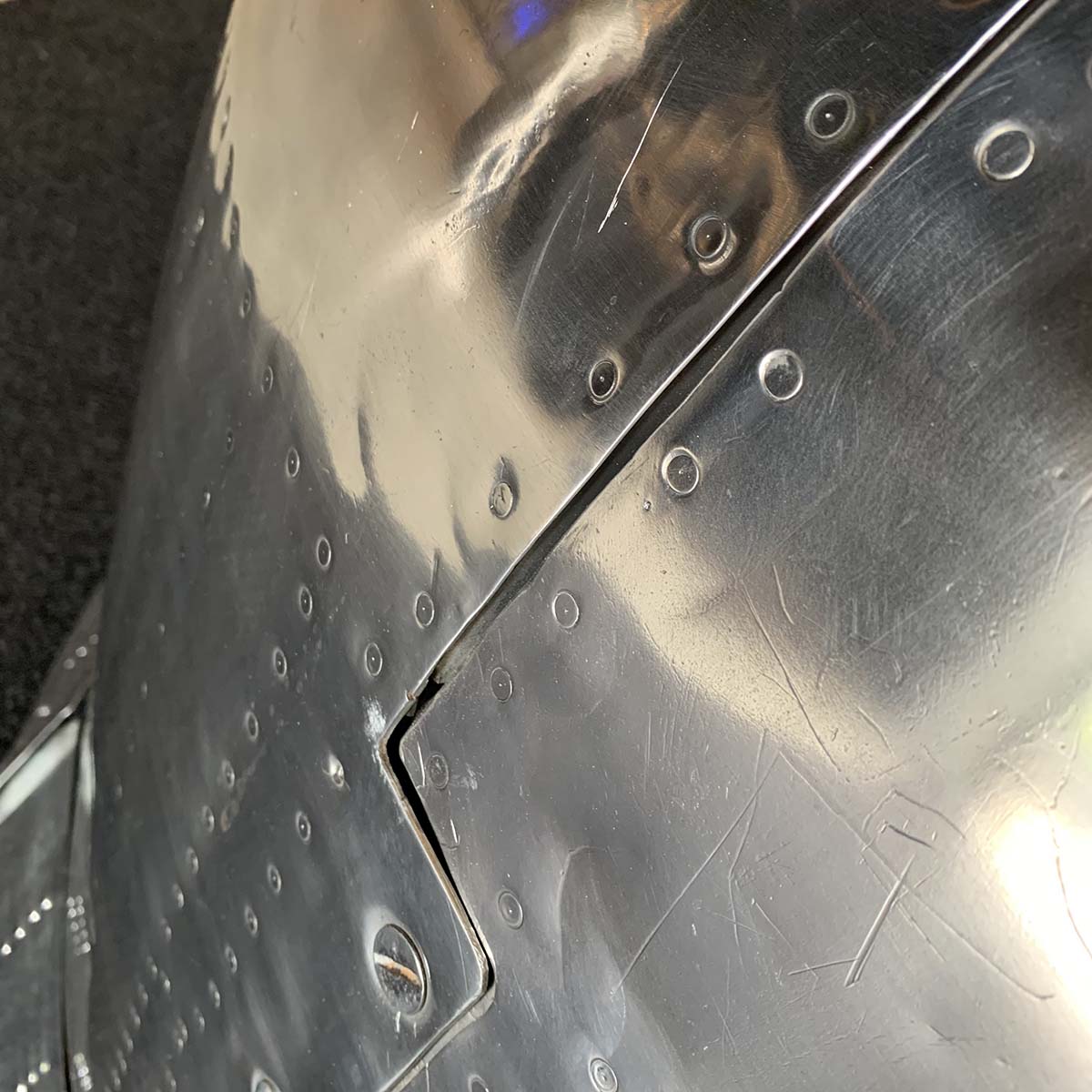 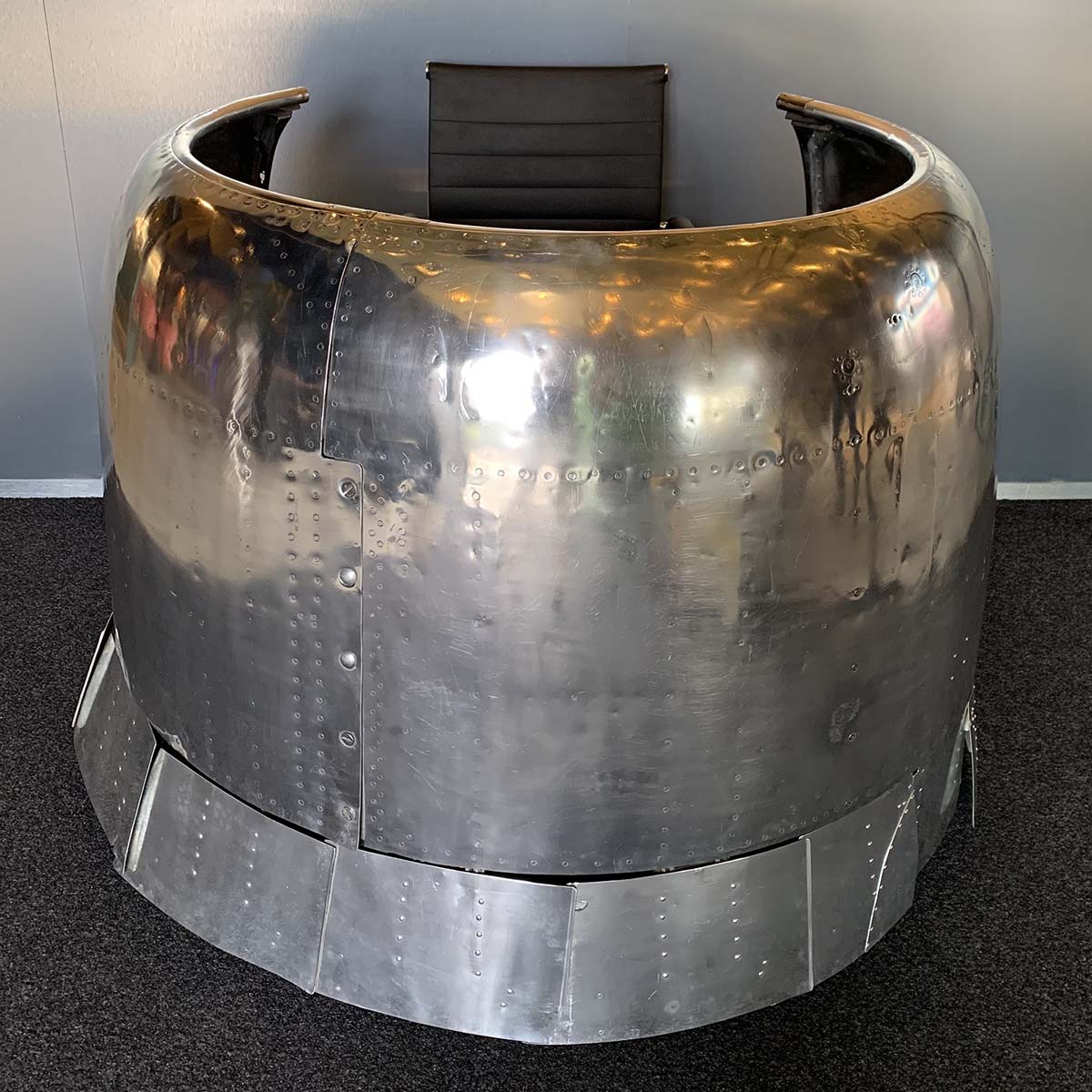 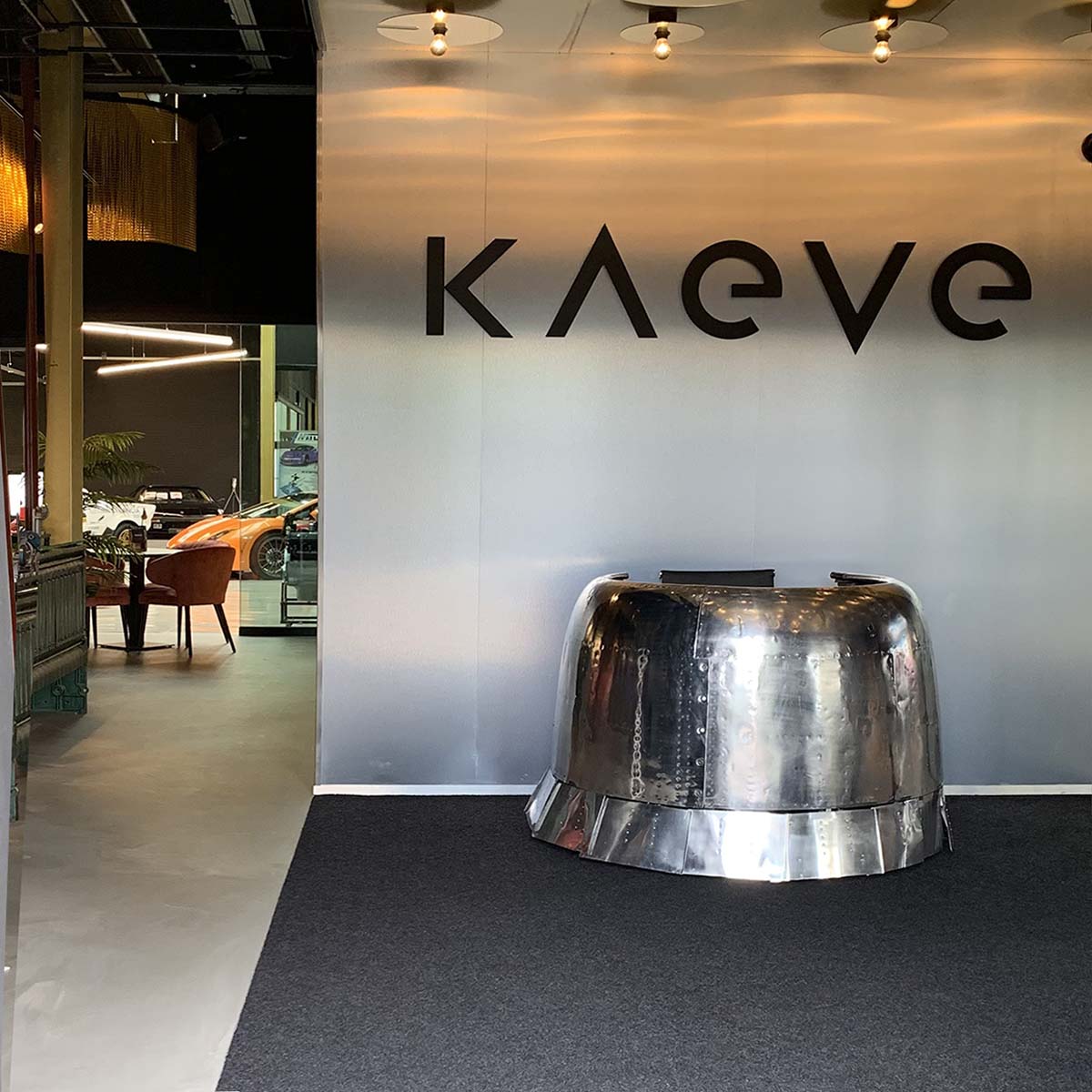 The Douglas DC-3 was developed by Douglas in the 1930s. Over 600 were built before the aircraft was developed into the C-47 Skytrain/Dakota that became famous in World War II where it was put to use on almost all battlefields to resupply men and materials. It changed the way people were transported. After WW II, and even until today, it was used on several (remote) locations in the world as a workhorse moving passengers and goods.

A unique way to say hello

This one-of-a-kind reception desk was built around an authentic engine cowling of a C-47/DC-3. Paint was removed, the surface was polished and used as the exterior of this desk. On the inside, a desktop was created and several shelves. The cowl flaps are still mobile and add to the authentic feel. A unique items for a business environment that needs something special.

The Douglas DC-3 is a propeller-driven airliner, which made a major difference on the airline industry in the 1930s. It was later developed into the C-47 Skytrain (better known by the name Dakota, that was used in the UK, Australia, Canada, New Zealand and South Africa).

It changed the way people were transported. After WW II, and even until today, it was used on several (remote) locations in the world as a workhorse moving passengers and goods.

The DC-3/C-47 was used by many civil airline companies and military services. The military services of over 100 countries made use of the services of the C-47. It is thought that in 2017 still over 300 are still in service all over the world. Many of those have been modified into Basler BT-67 turbo conversions.

An engine cowling is the removable covering of an aircraft engine. On aircraft, cowlings are used to reduce drag and to cool the engine.