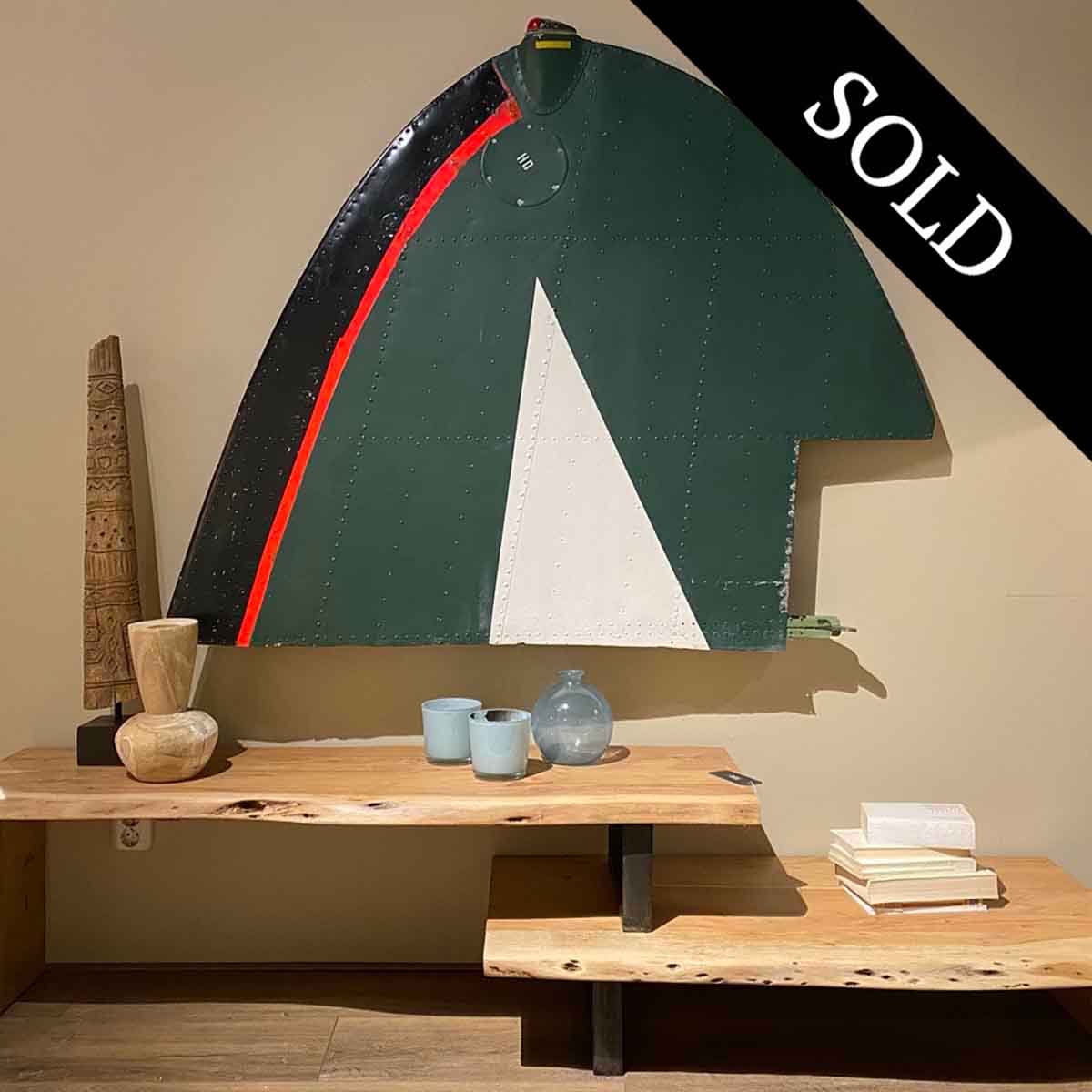 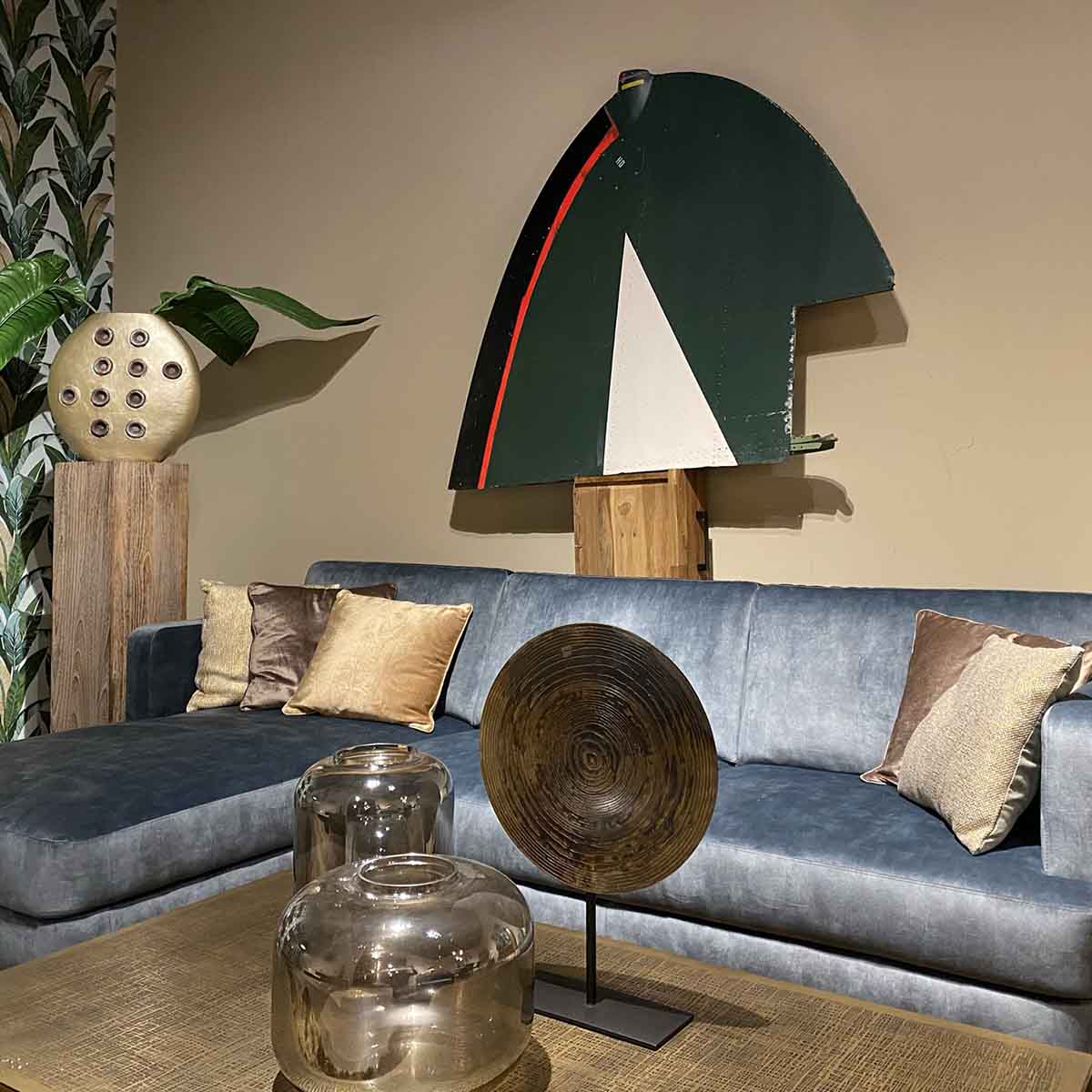 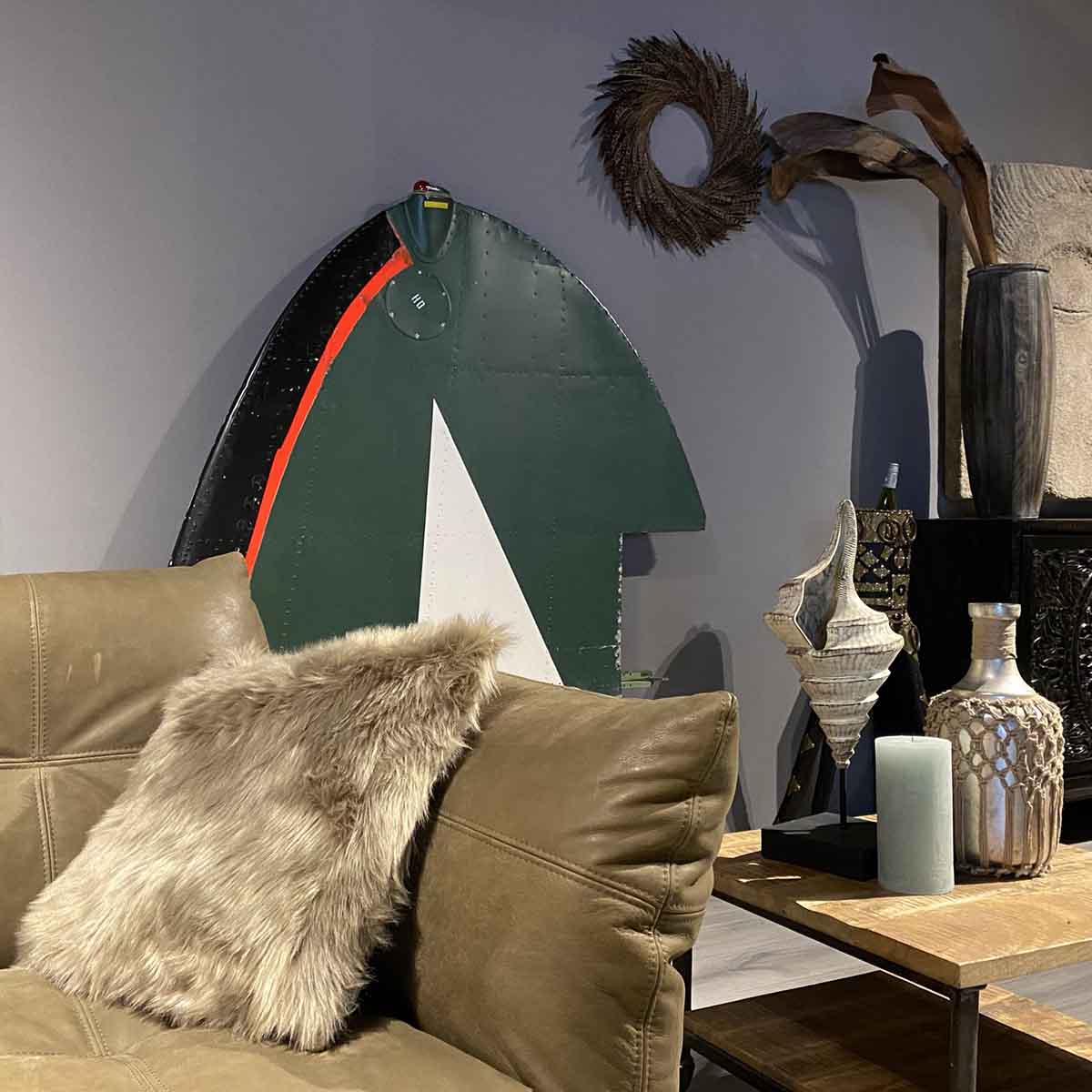 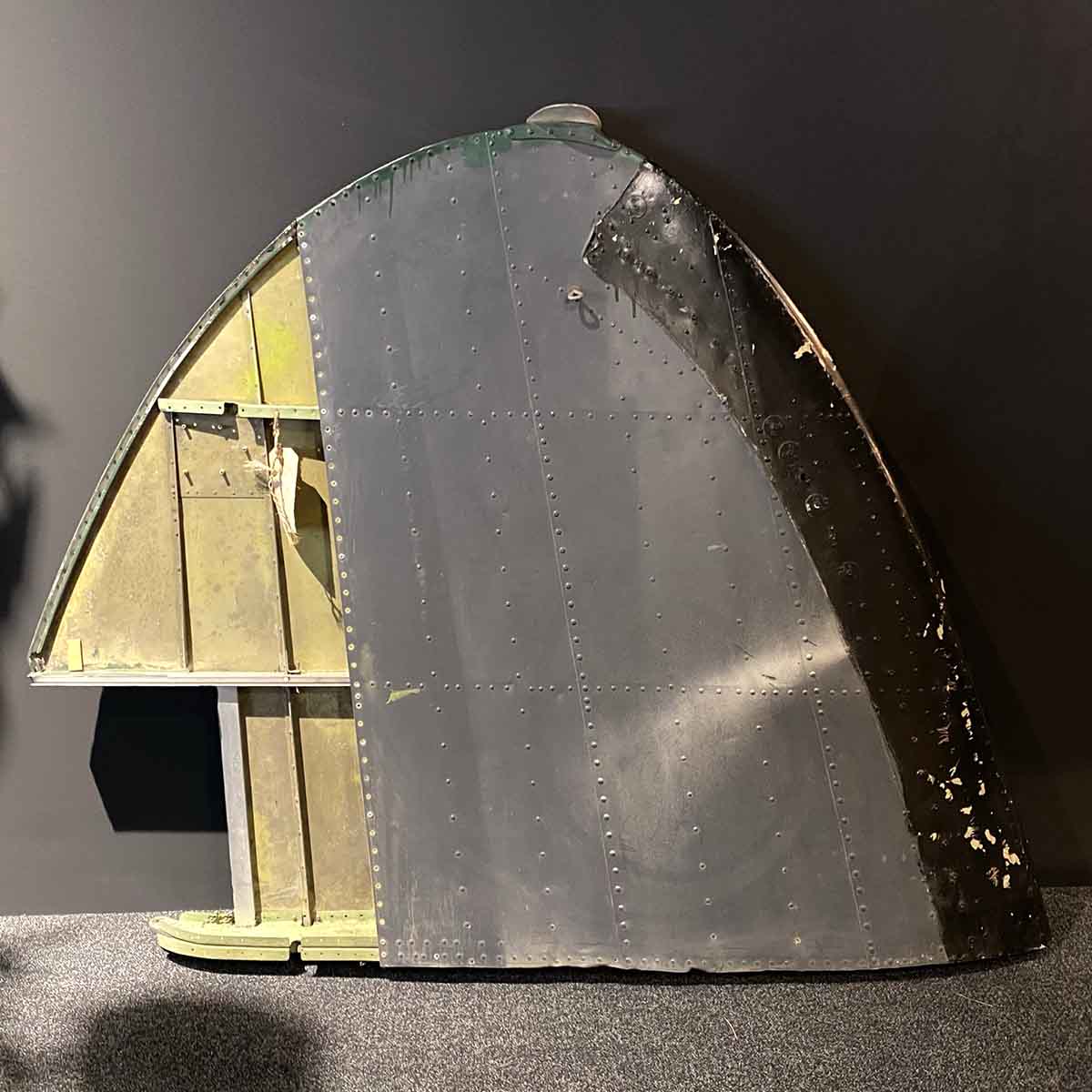 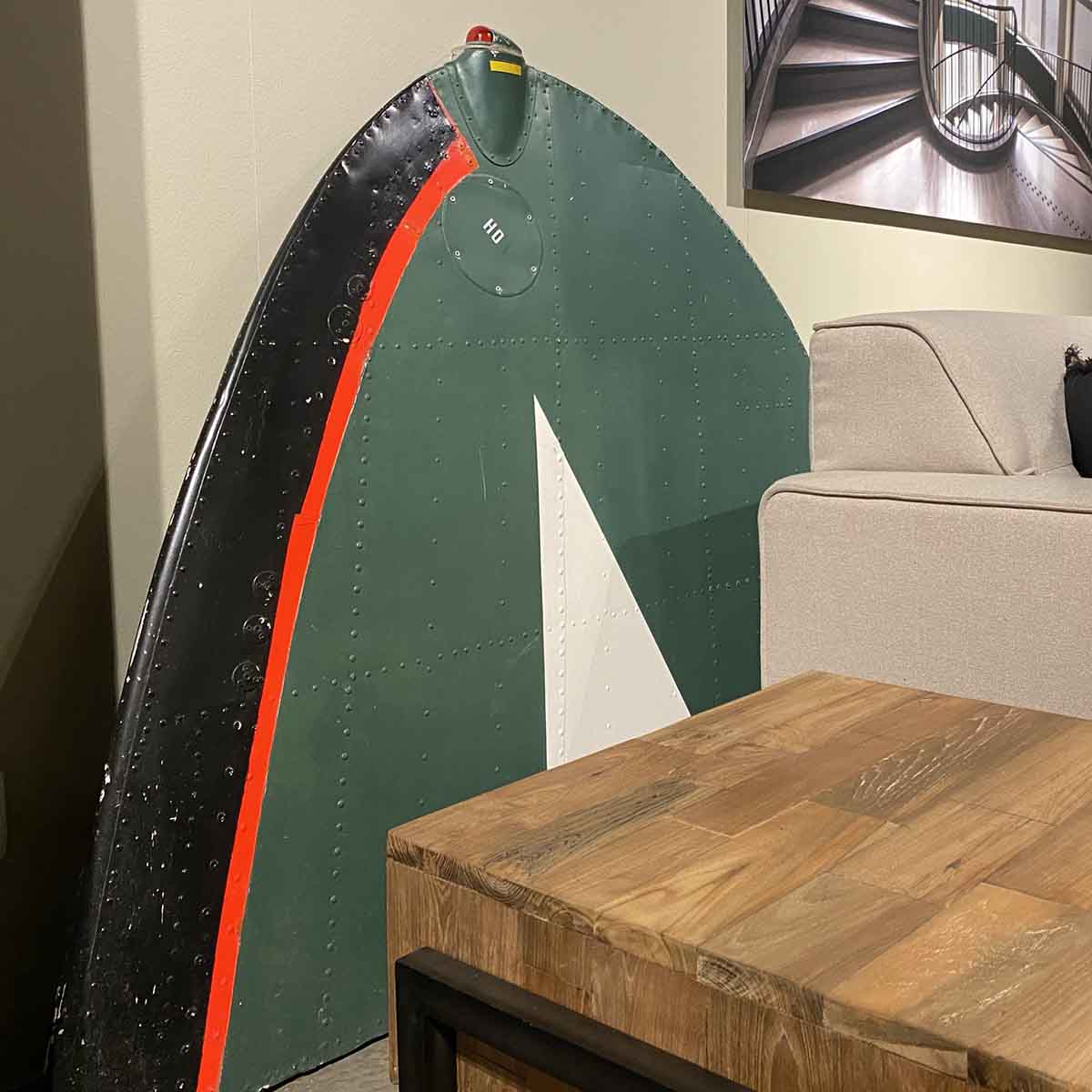 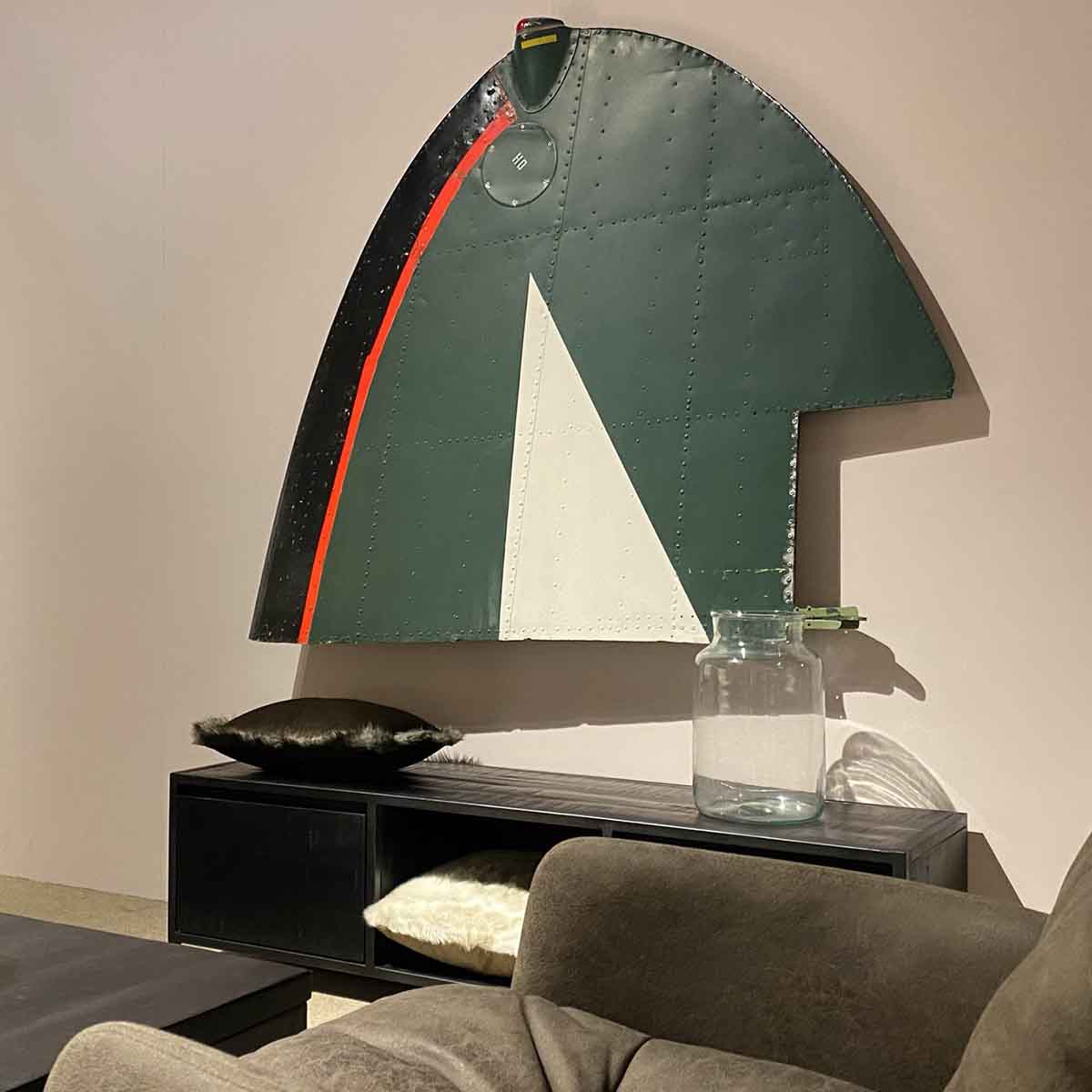 Original small wingtip of a Douglas DC-3/C-47 Dakota/Skytrain. This wingtip was once attached to the lefthand wing of one of the thousands of DC-3s/C-47s built.

Since wingtip elements were interchangeable between aircraft we don’t know the history of this specific element. It has been prepared for display though. A hook has been installed on the back side, making it very easy to hang this item on a wall. Its weight, under 8 kilograms, means that no special measures need to be taken to hang it.

If the current colours are not your cup of tea we could either deliver it the way you do like it or you can change the colours yourself.