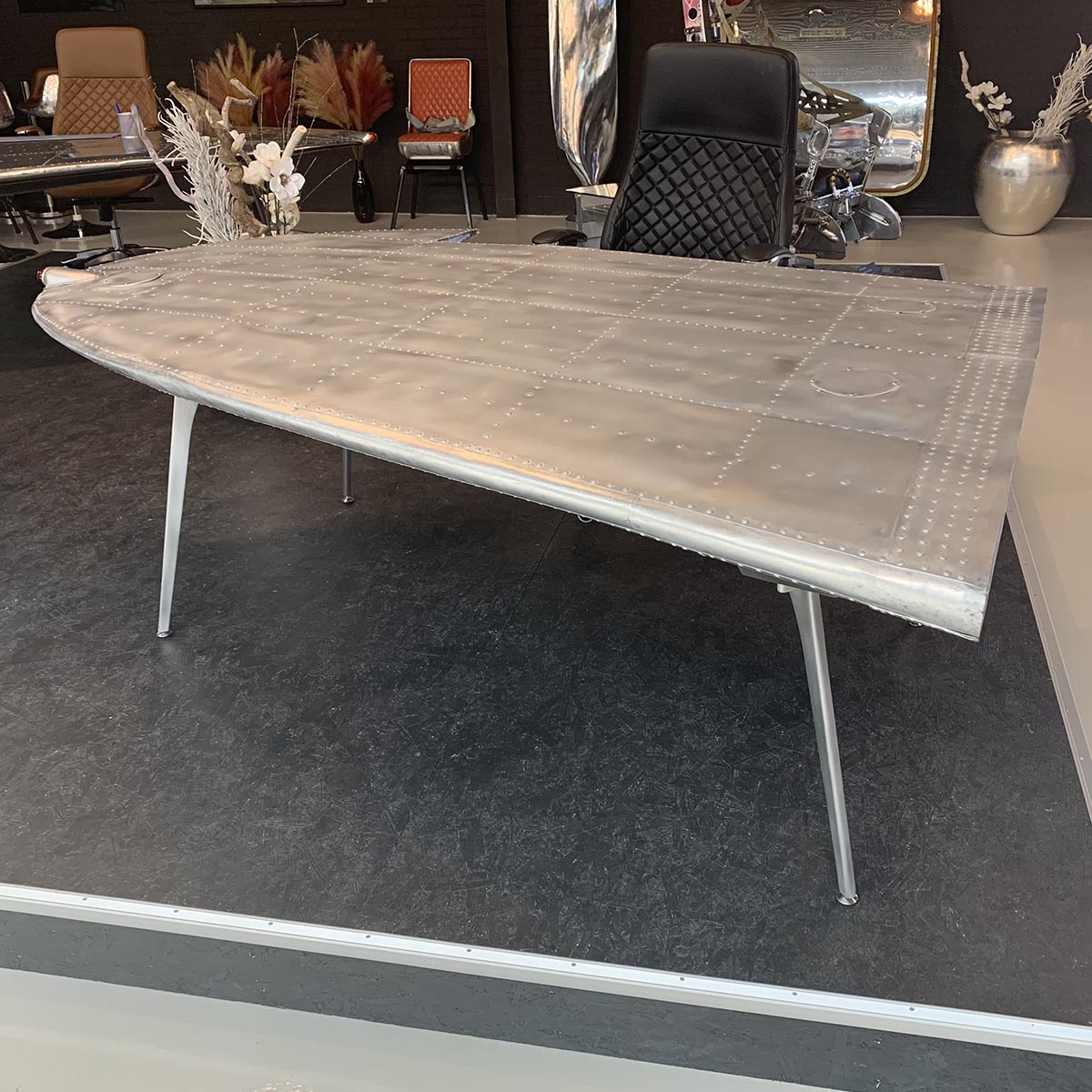 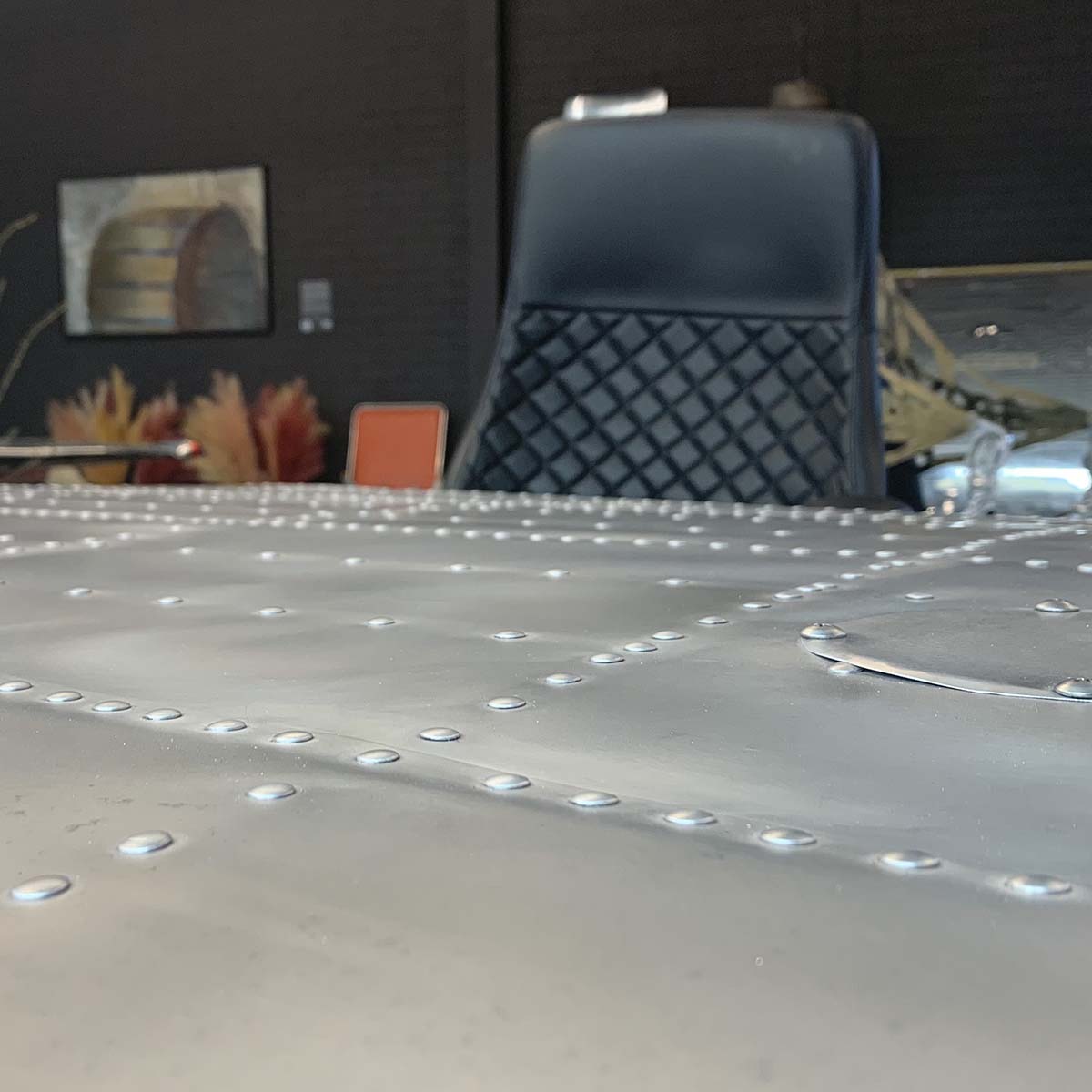 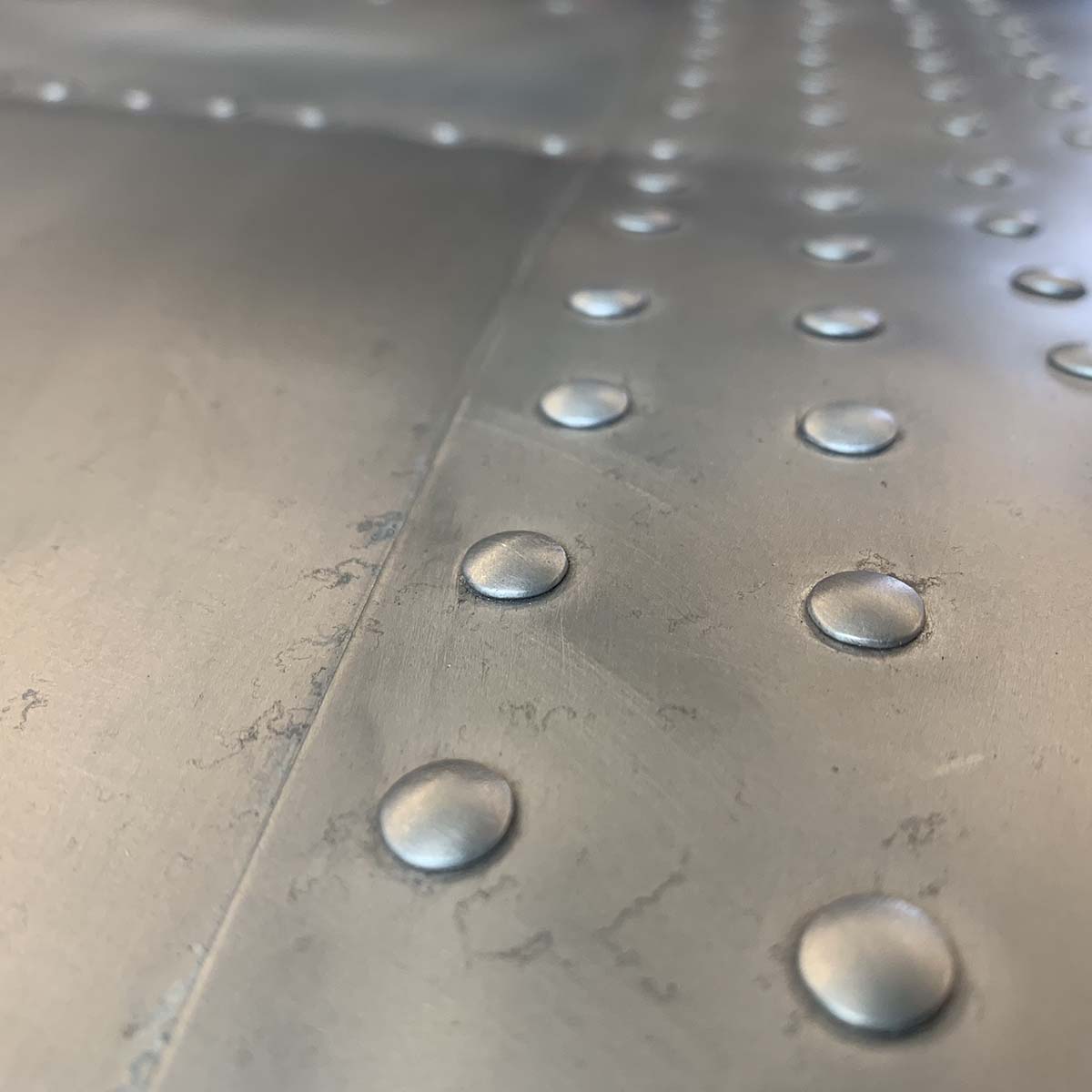 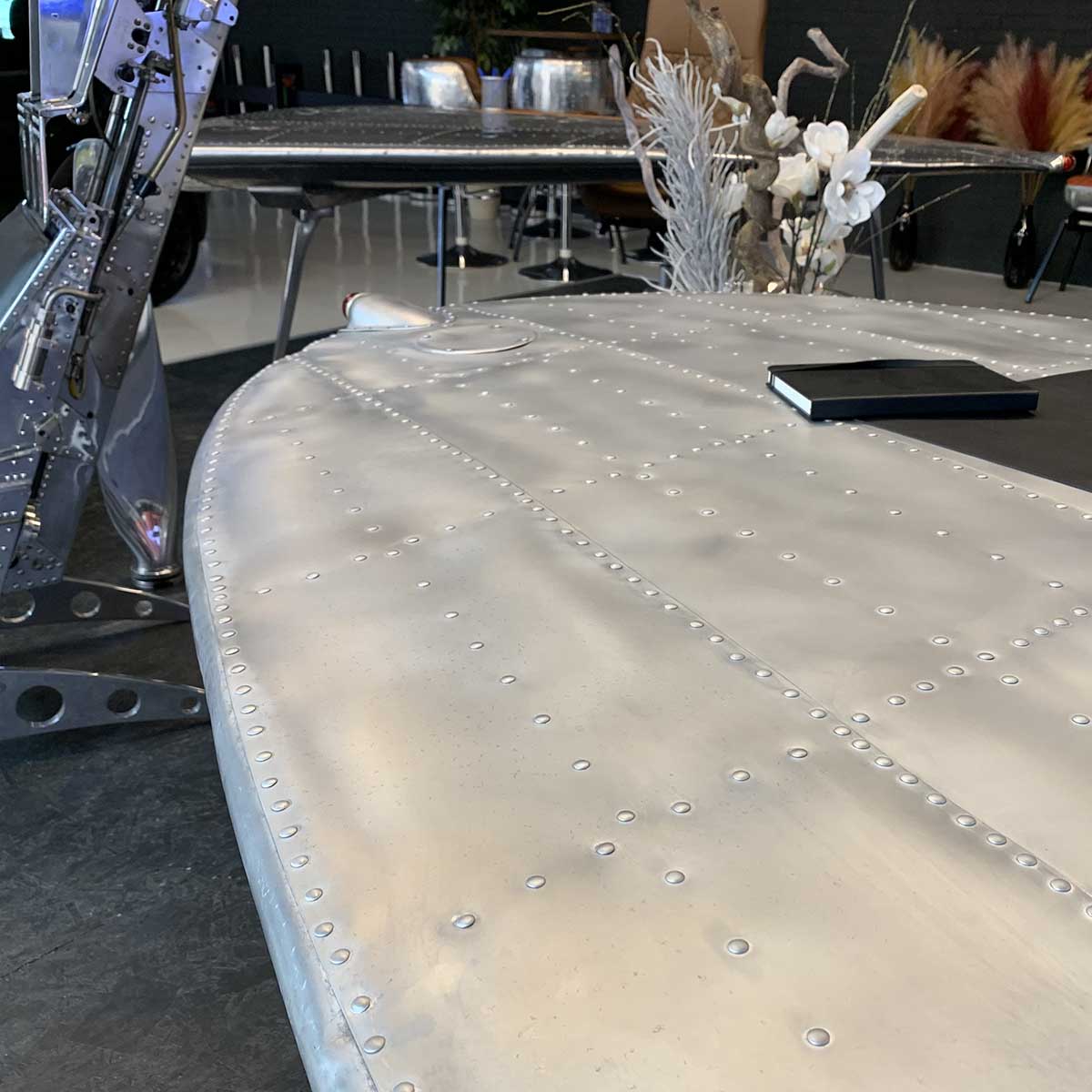 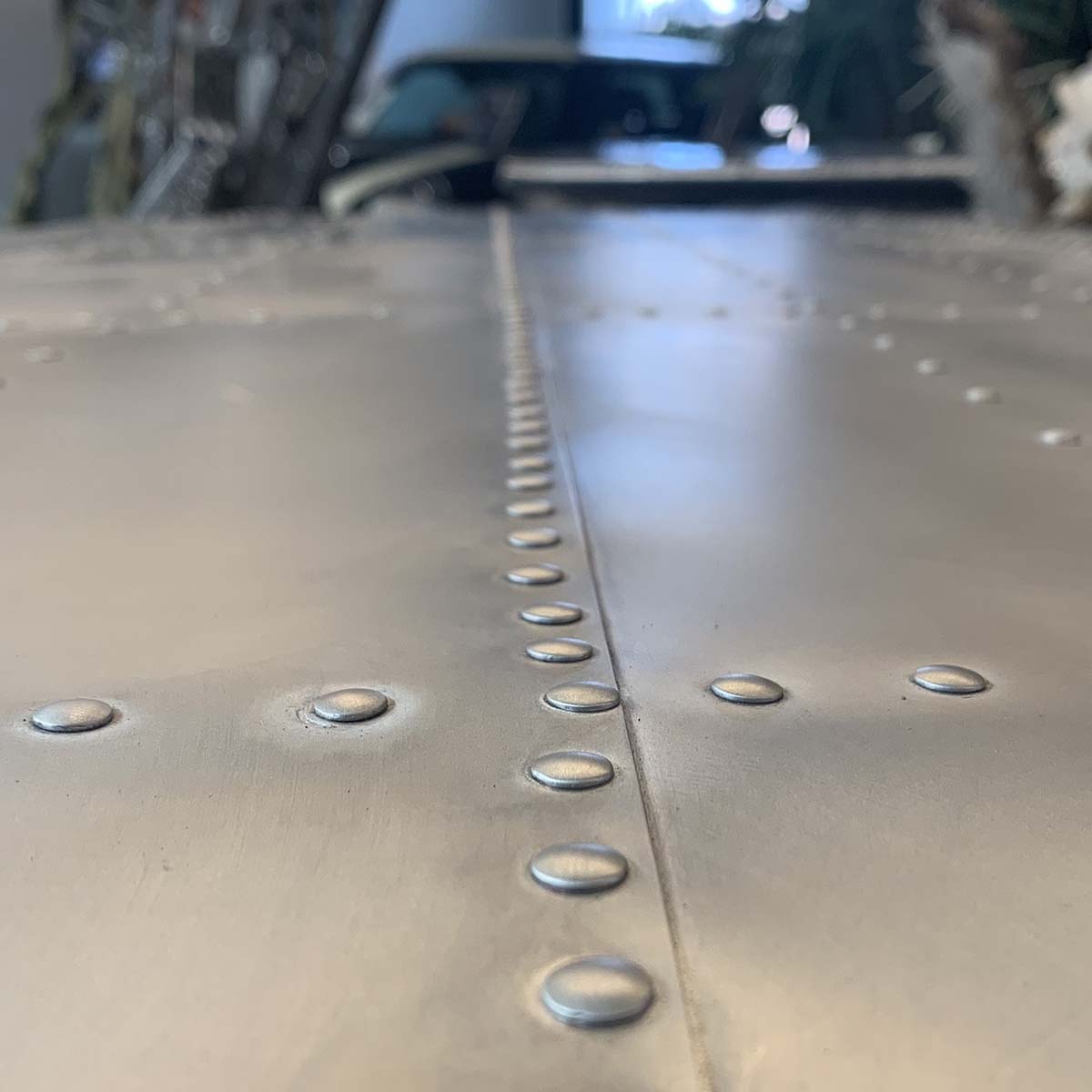 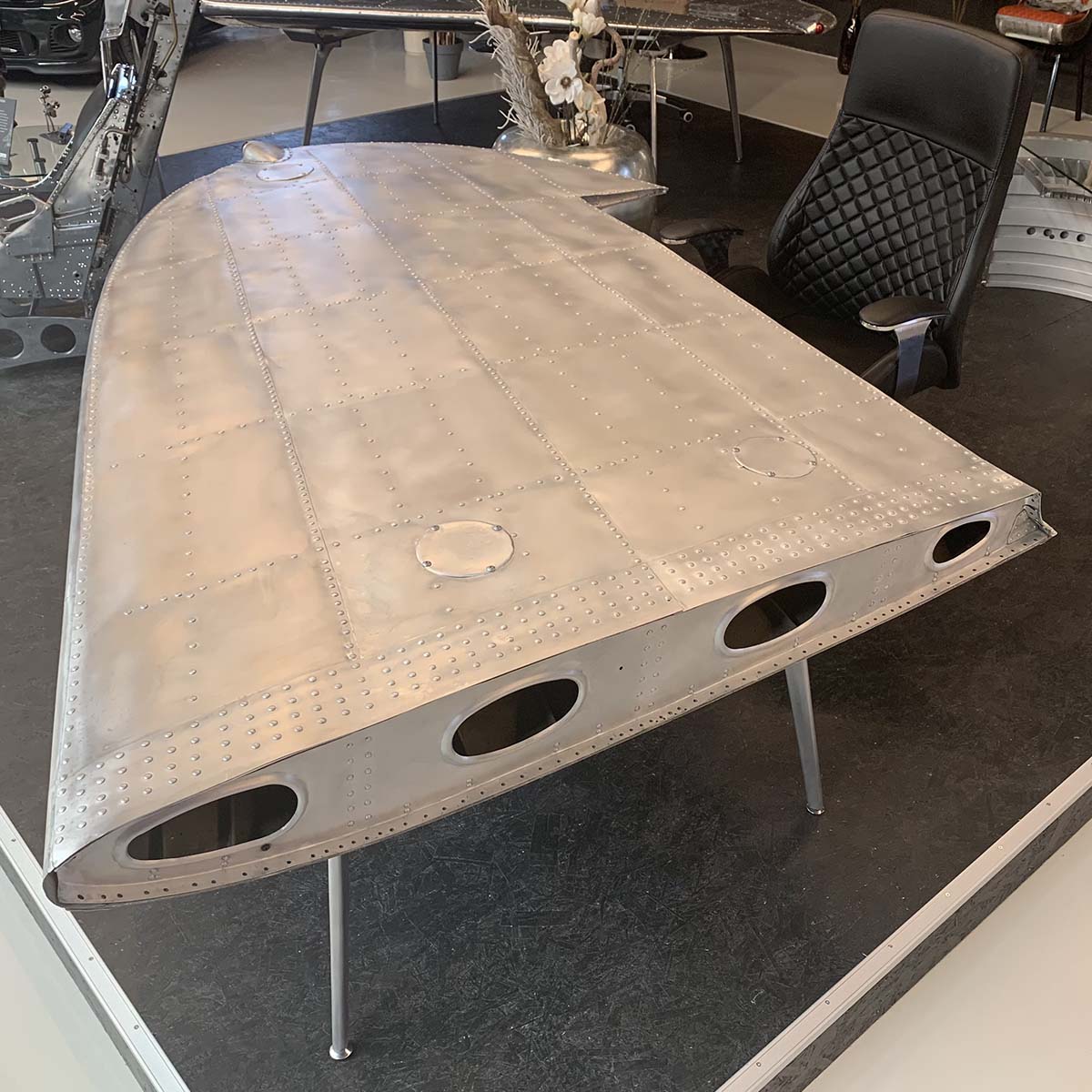 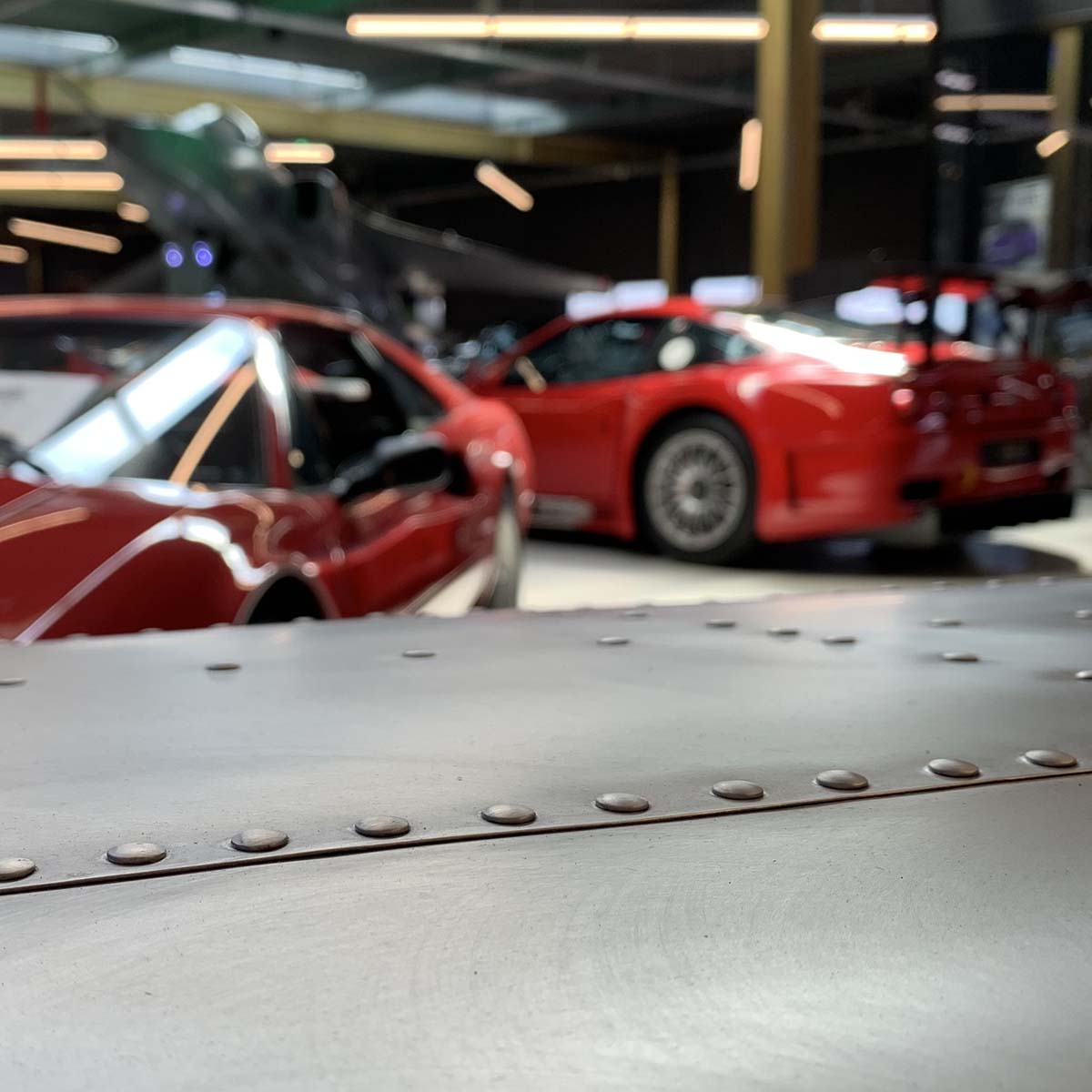 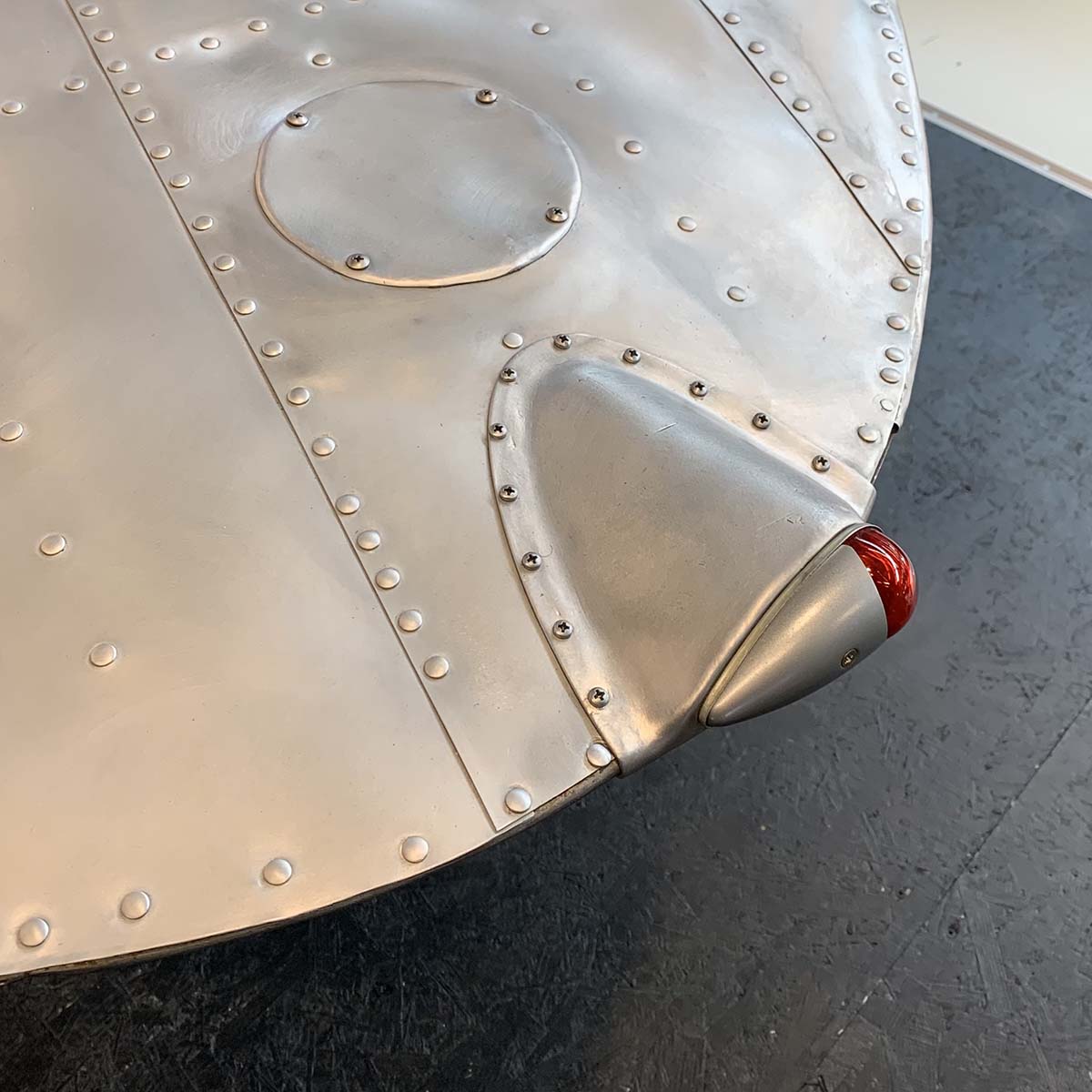 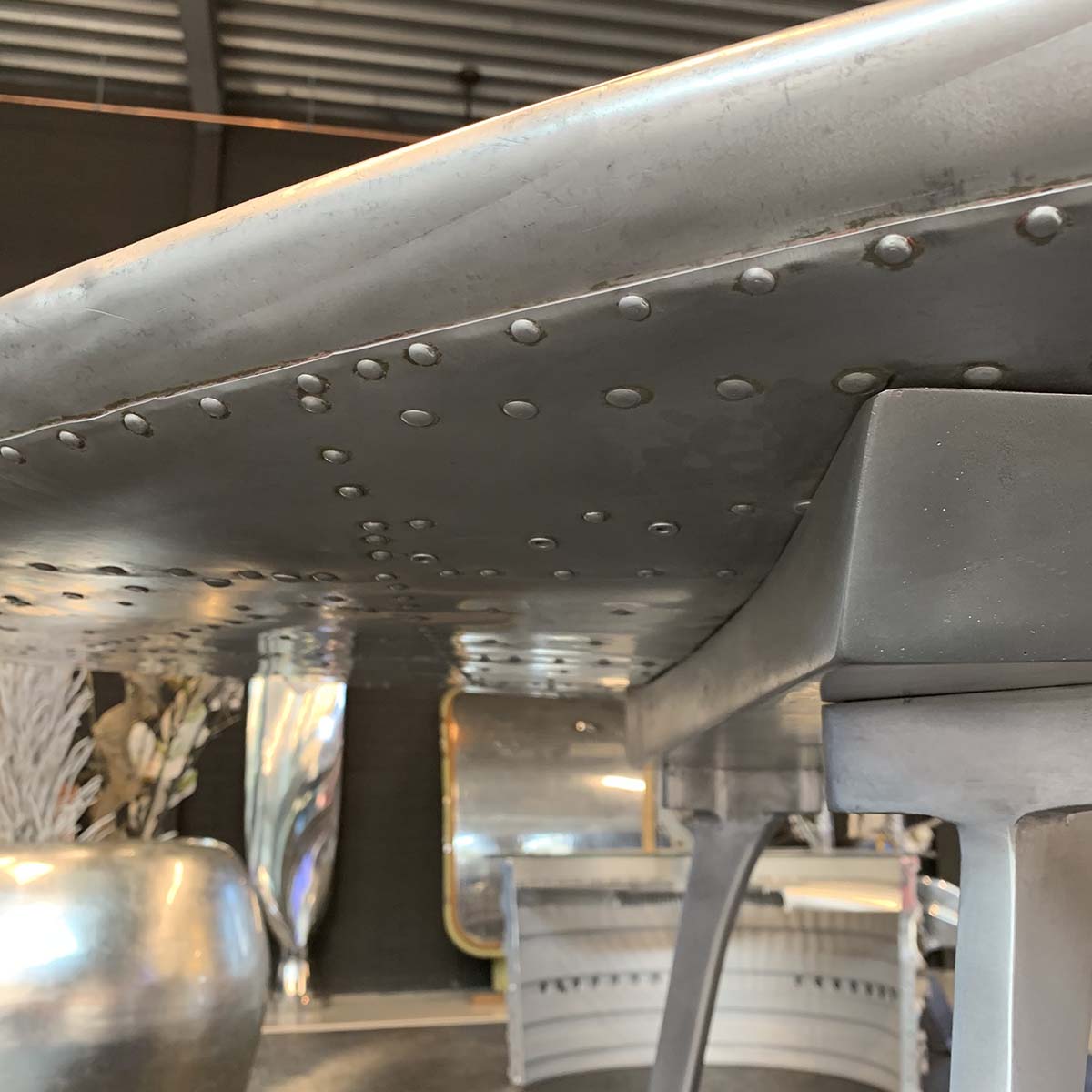 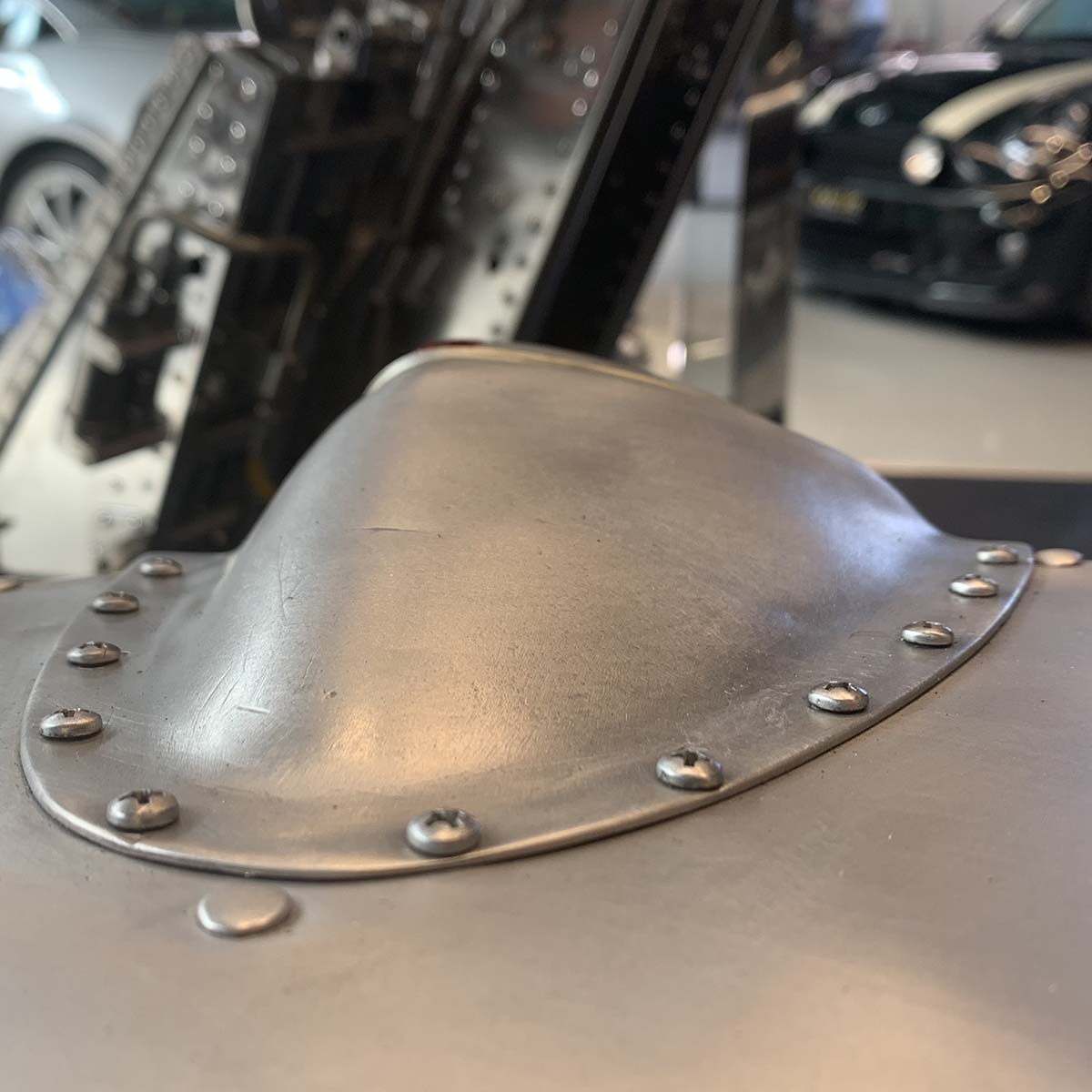 The Douglas DC-3 was developed by Douglas in the 1930s. Over 600 were built before the aircraft was developed into the C-47 Skytrain/Dakota that became famous in World War II where it was put to use on almost all battlefields to resupply men and materials. It changed the way people were transported. After WW II, and even until today, it was used on several (remote) locations in the world as a workhorse moving passengers and goods.

Soft feel to it

We took an original wingtip of one of those DC-3s/C-47s and turned it into this extraordinary office desk. It took many man-hours to sand the full surface of this piece of aviation history. There are two aluminium supports that each hold two sleek legs, also in matte finish.

Suffice to say that this stunning piece of furniture will stand out in any environment. It will be the main feature of your office if you choose to become the owner. In addition, the size enables you to enjoy it as a very functional piece of furniture.

Besides this matte finish, we also offer such a desk fully polished.

The Douglas DC-3 is a propeller-driven airliner, which made a major difference on the airline industry in the 1930s. It was later developed into the C-47 Skytrain (better known by the name Dakota, that was used in the UK, Australia, Canada, New Zealand and South Africa).

It changed the way people were transported. After WW II, and even until today, it was used on several (remote) locations in the world as a workhorse moving passengers and goods.

The DC-3/C-47 was used by many civil airline companies and military services. The military services of over 100 countries made use of the services of the C-47. It is thought that in 2017 still over 300 are still in service all over the world. Many of those have been modified into Basler BT-67 turbo conversions.

The wingtip of an aircraft is the part that is most distant from the main fuselage. Throughout time, aircraft engineering has resulted in many shapes and forms for the wingtip. Mostly, the wingtip holds the anti-collision lights.