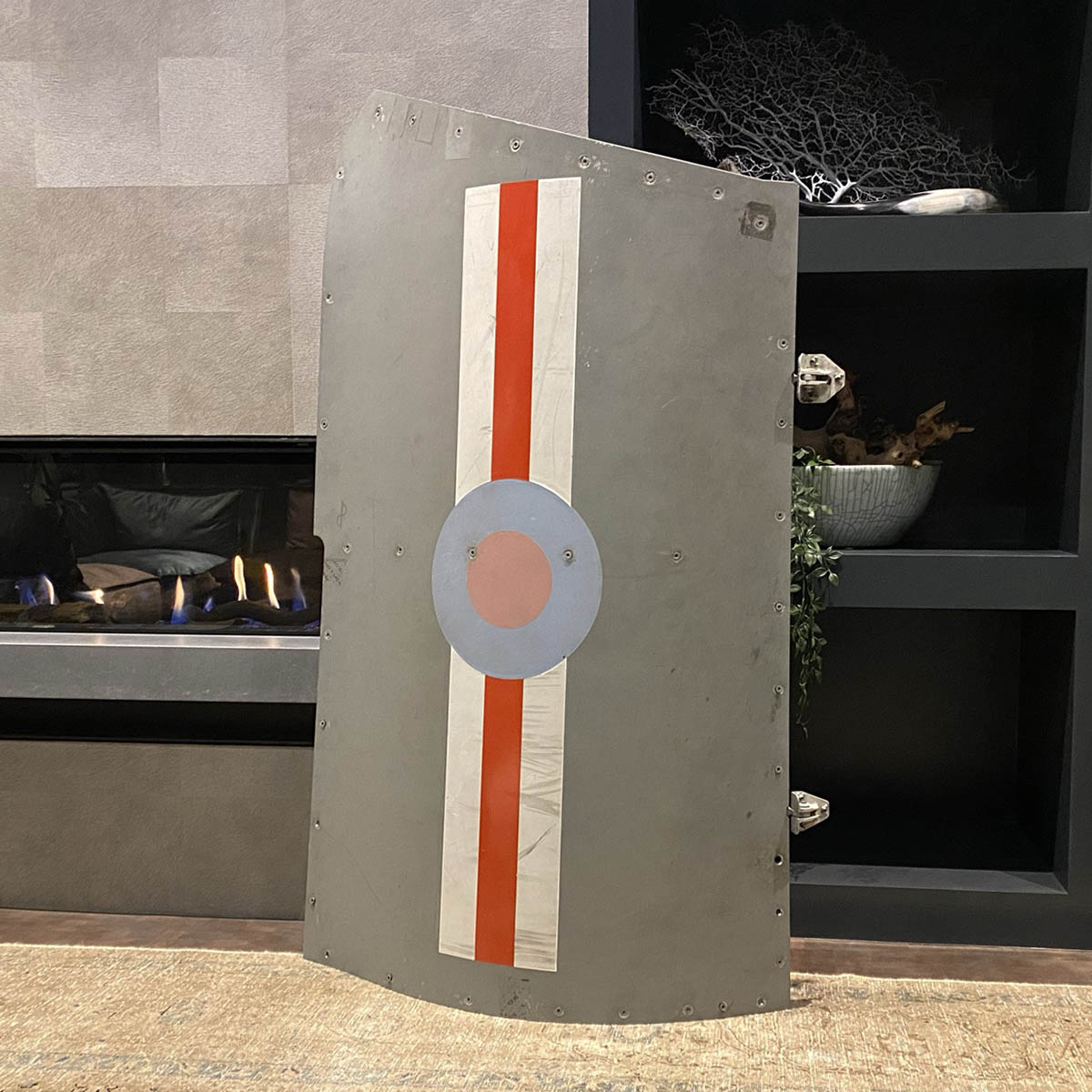 The access door comes from Typhoon T3 with serial ZJ815. Aircraft ZJ815 first flew on 10 October 2007 and served with several units of the Royal Air Force, including 41 Squadron. After the aircraft was withdrawn from use it was scrapped by 2018 in the “Reduce to Produce” program by the RAF.

Photo below taken by Paul Ridgwell.