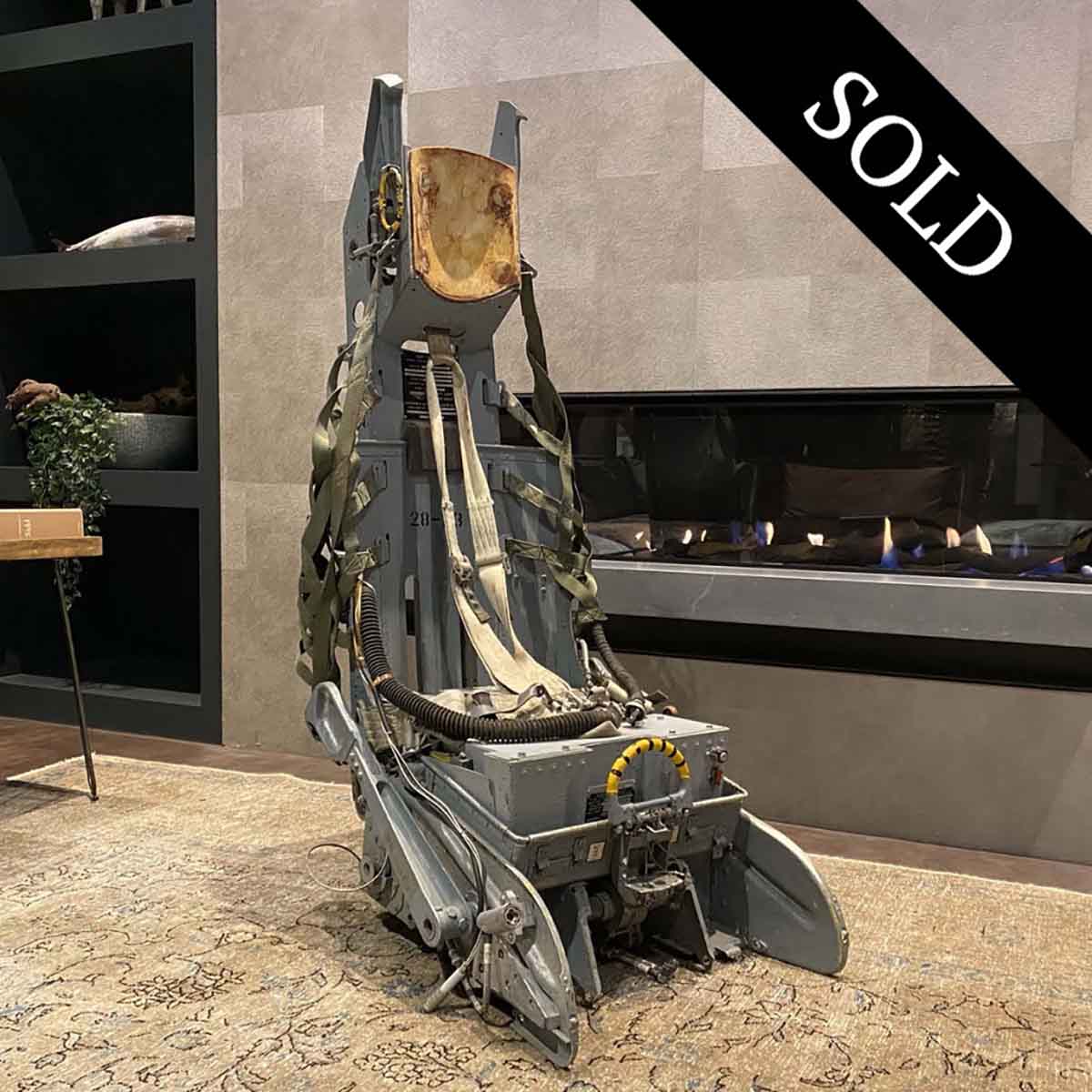 Original Lockheed C2 TF-104G ejection seat (forward seat). Seat will be delivered as shown. You can use the seat as is and let it play a major role in your interior. You can also consider it as a major asset of your mancave or put it on display as part of your aviation themed bar.

The airframe this seat came from, aircraft 28+23, first flew on 29 August 1967. It served with the German Air Force first, before it was transferred to the German Navy. The aircraft was delivered to the Hellenic Air Force in 1987 and is now preserved in Greece.

The Lockheed F-104 Starfighter is a single-engine, supersonic interceptor aircraft. While the United States Air Force operated it as well, the majority of the aircraft were used by European countries in the 60s, 70s and early 80s. The main characteristics of the F-104 were its short stubby wings and characteristic sound. Over 2,500 aircraft of the type were built with the F-104G and TF-104G being the main version. Aeritalia in Italy developed the final production version, the F-104S. The American Starfighters Aerospace currently still operates F-104s from NASA’s Kennedy Space Center for a variety of missions.

The German military was the largest customer for the F-104 Starfighter. A total of no less than 916 F-104s were used by Germany, both by the Air Force (Luftwaffe) and the navy (Marineflieger). The first F-104s were accepted late 1959, while the aircraft type was withdrawn in May 1991.