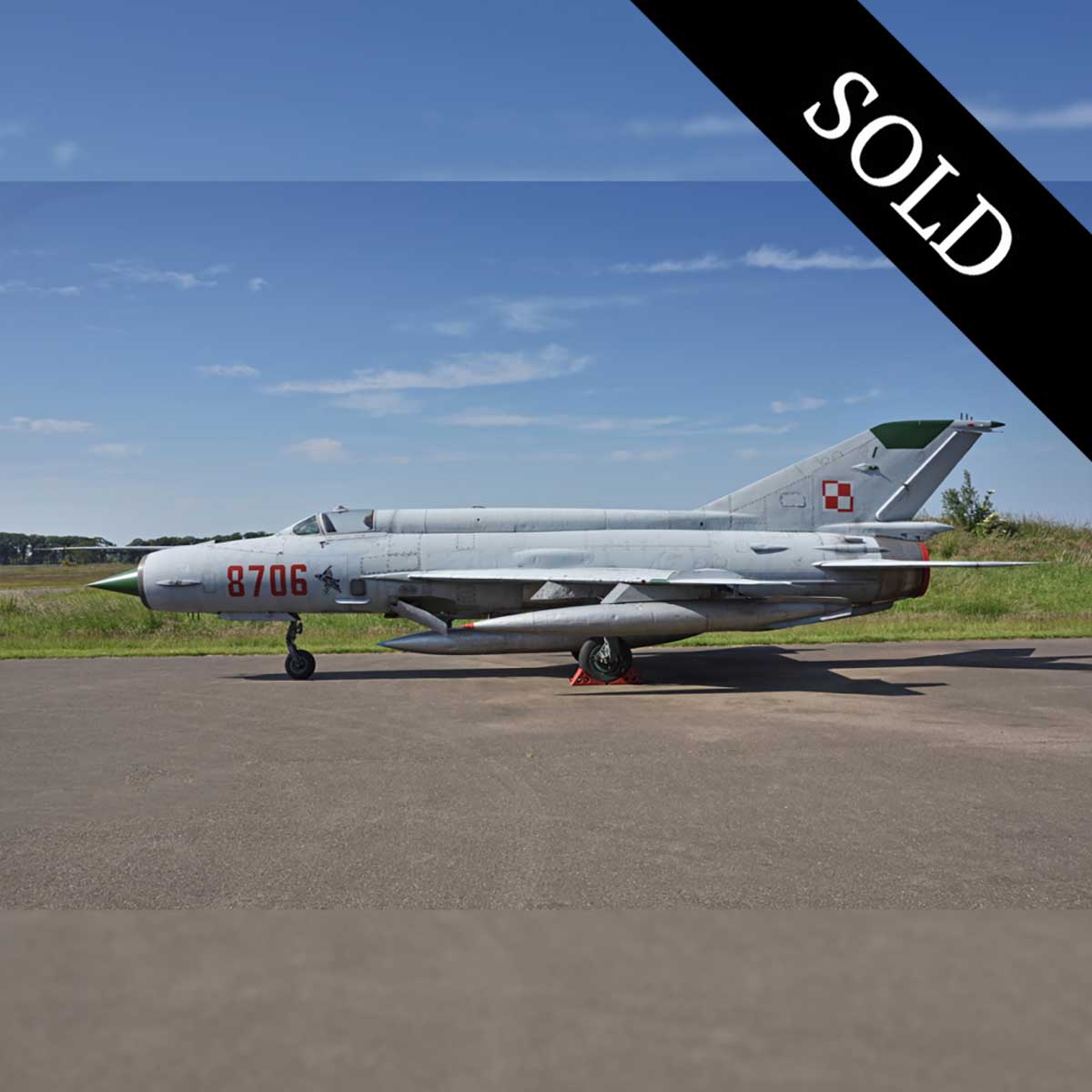 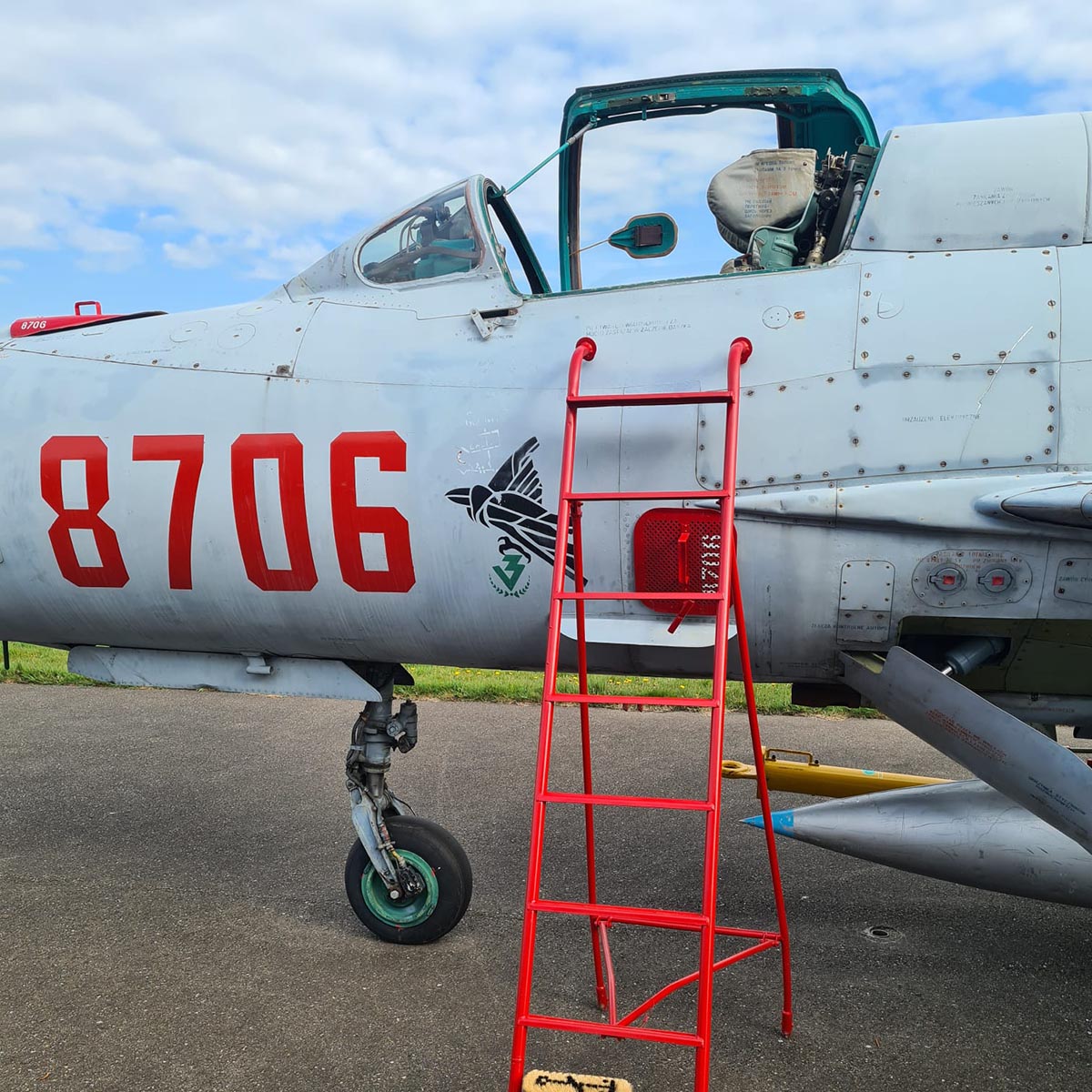 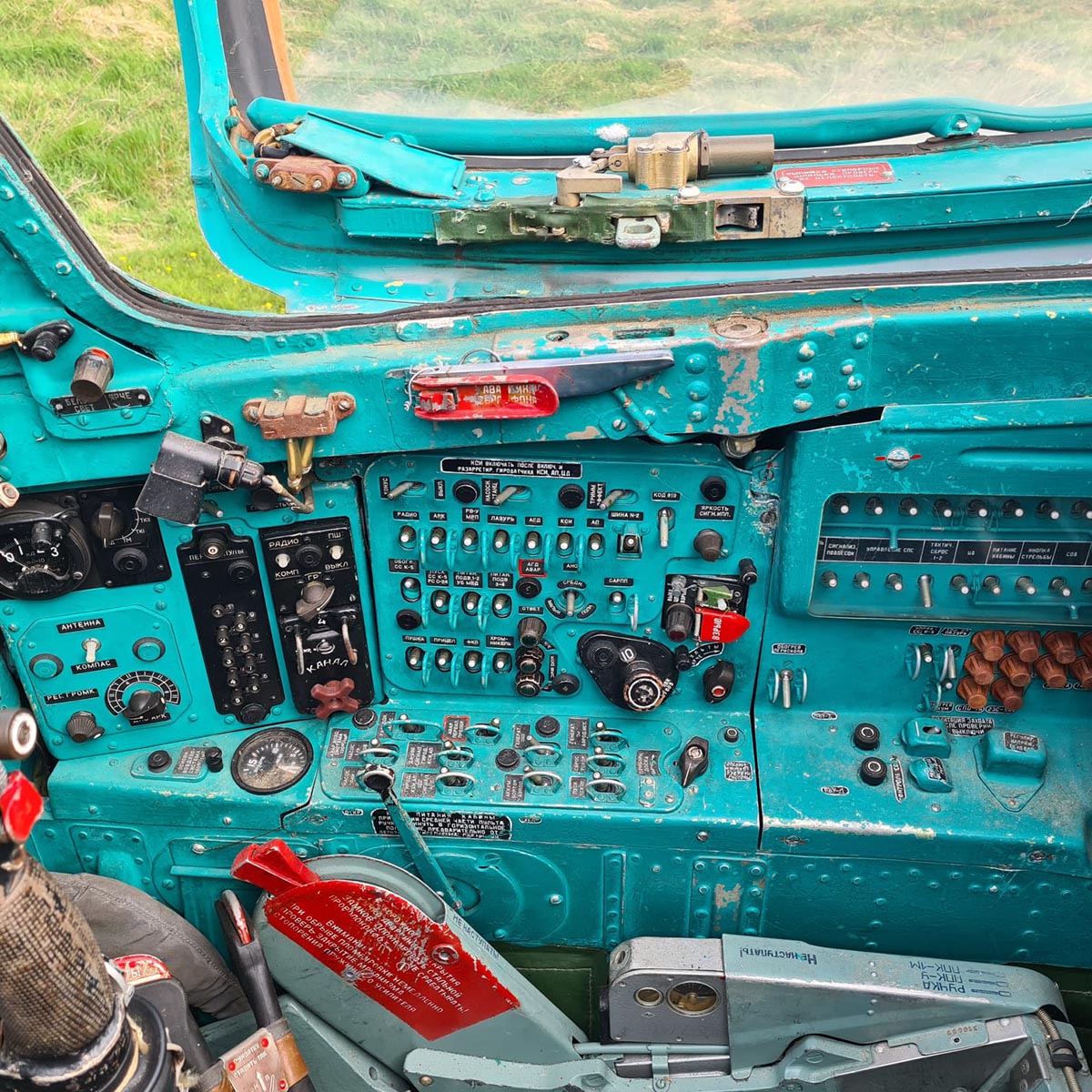 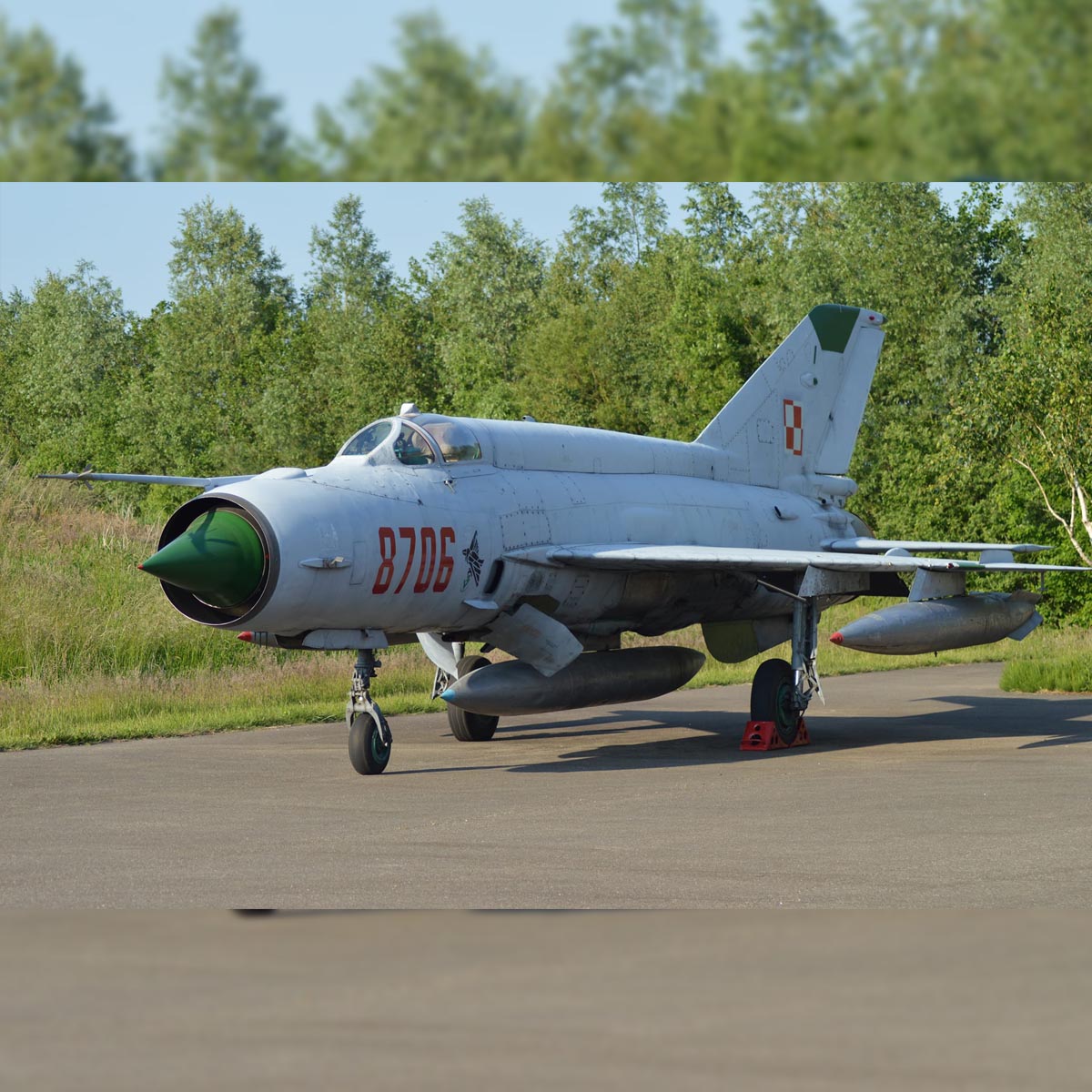 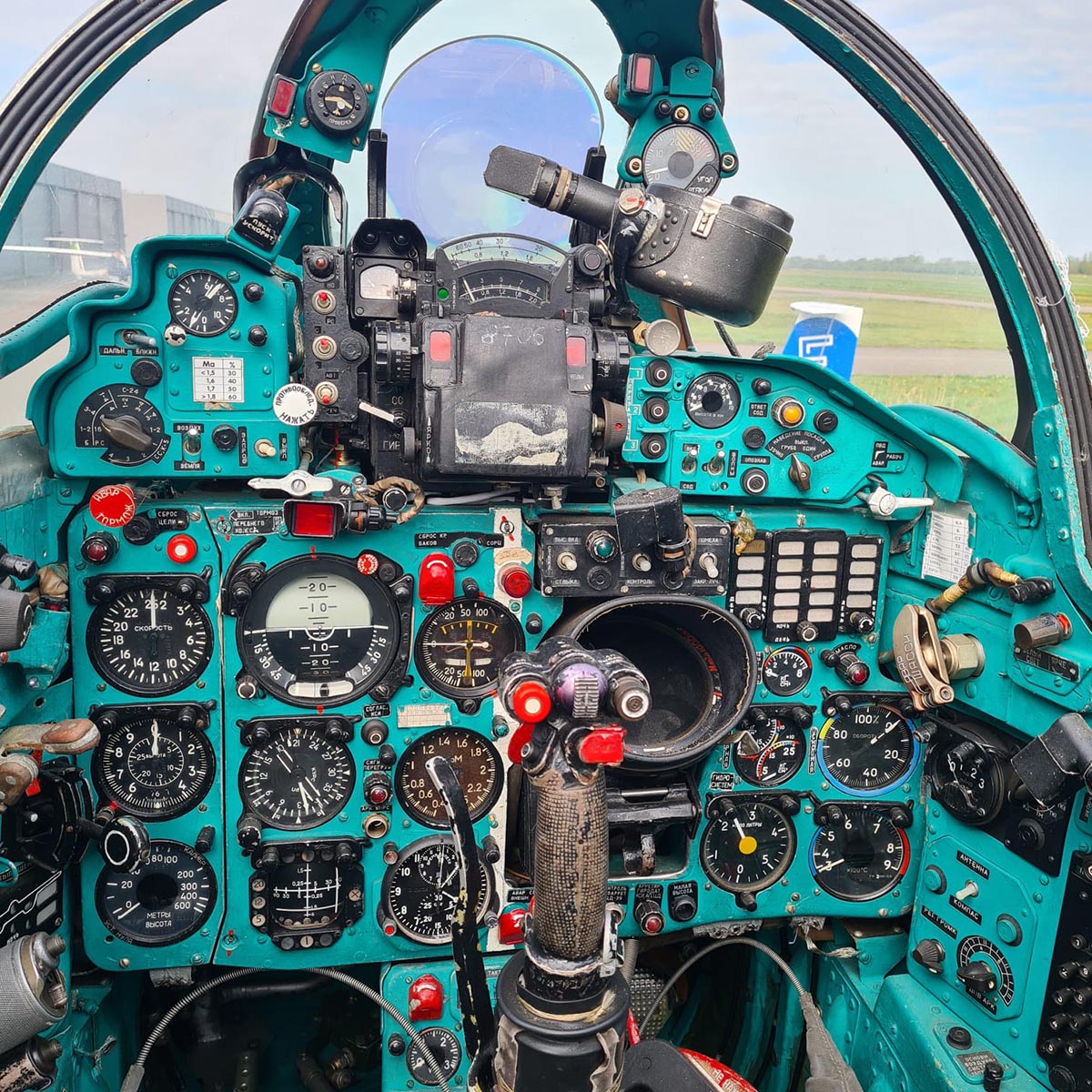 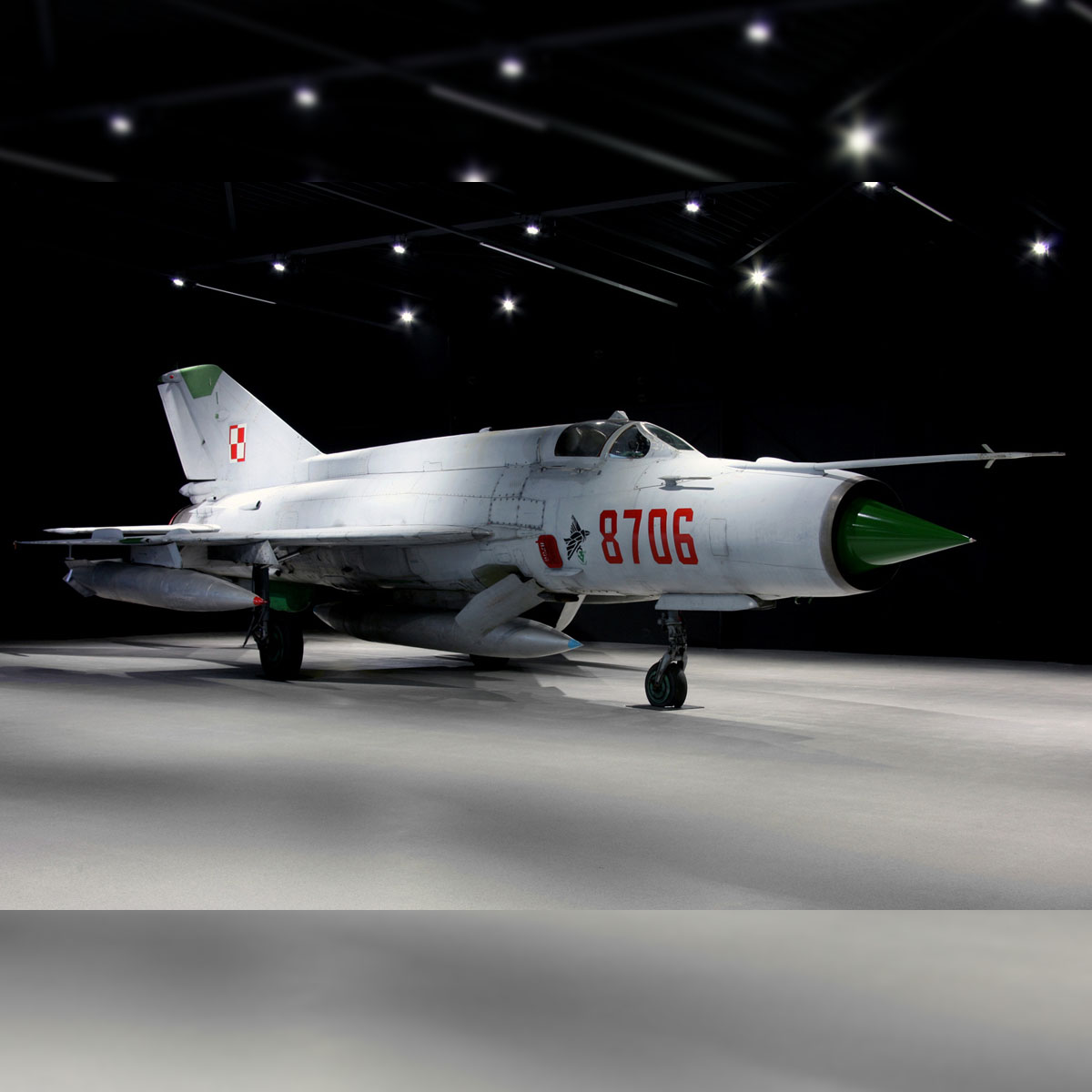 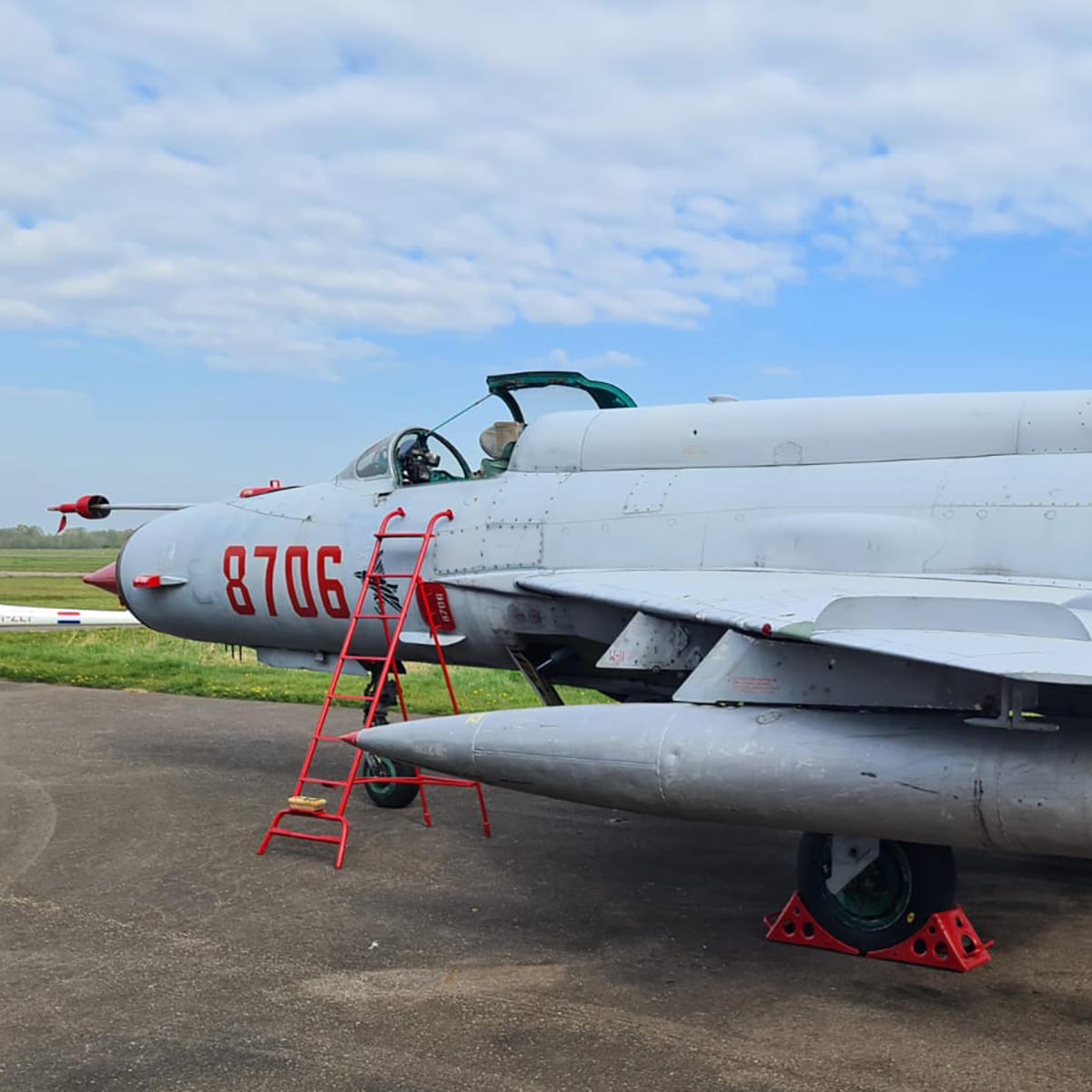 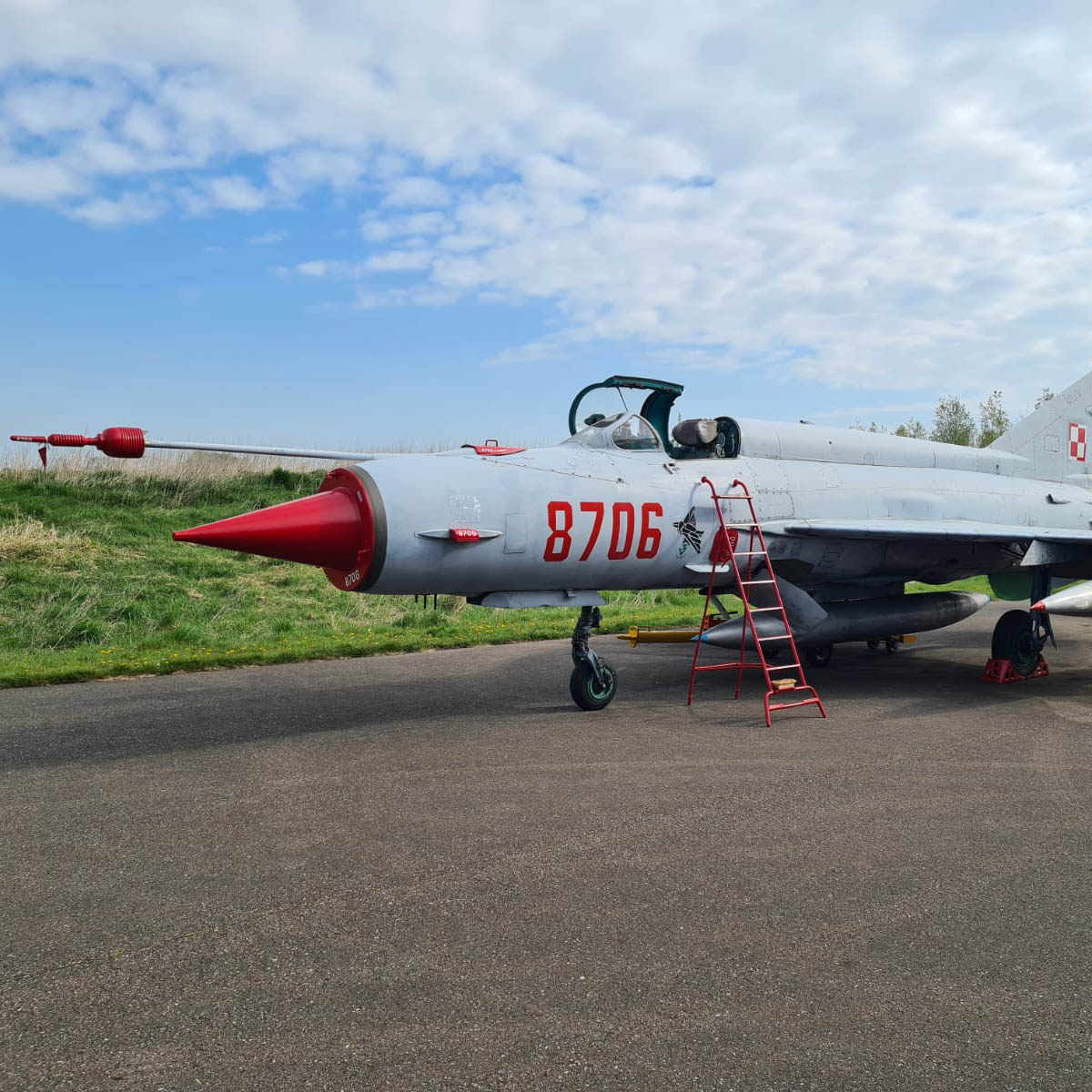 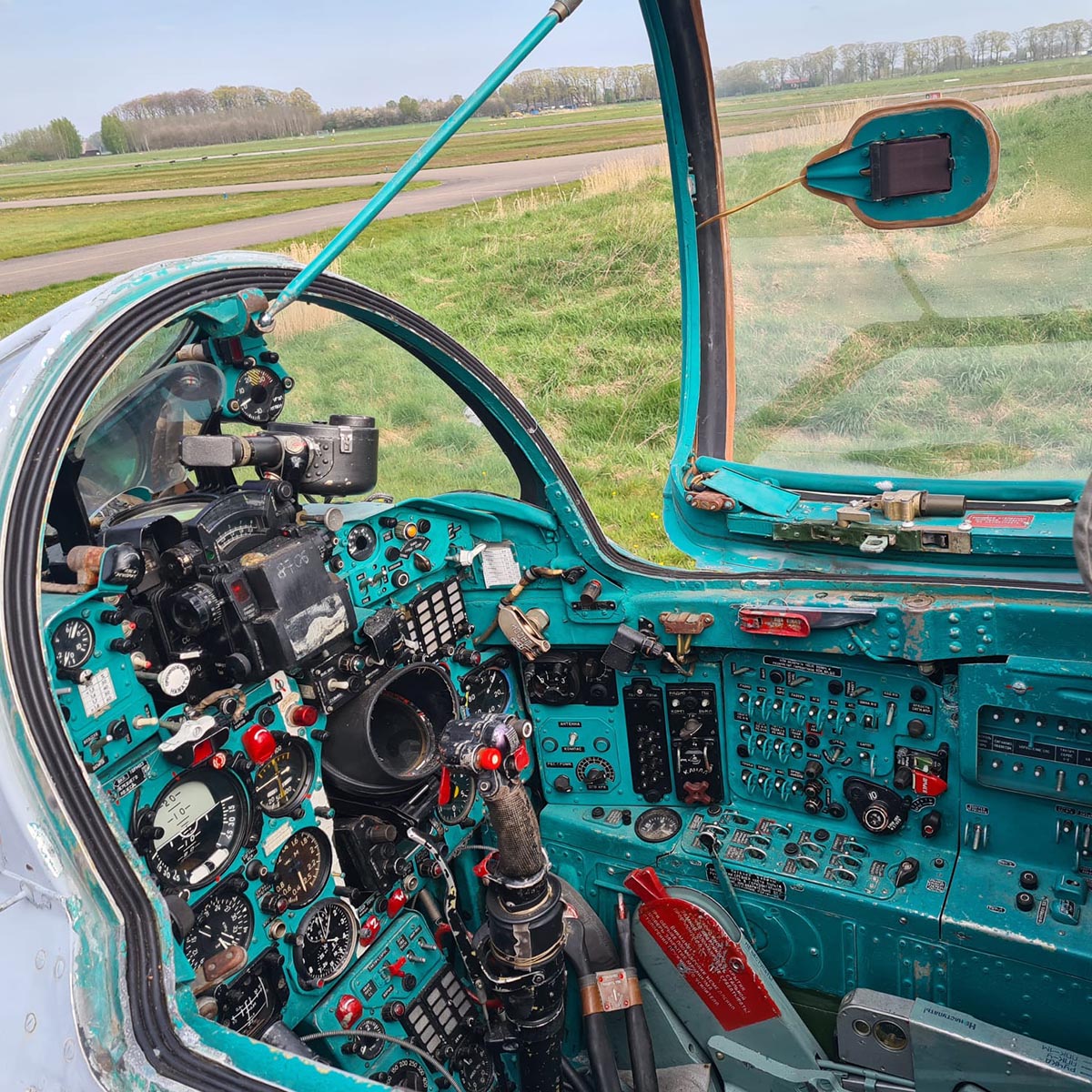 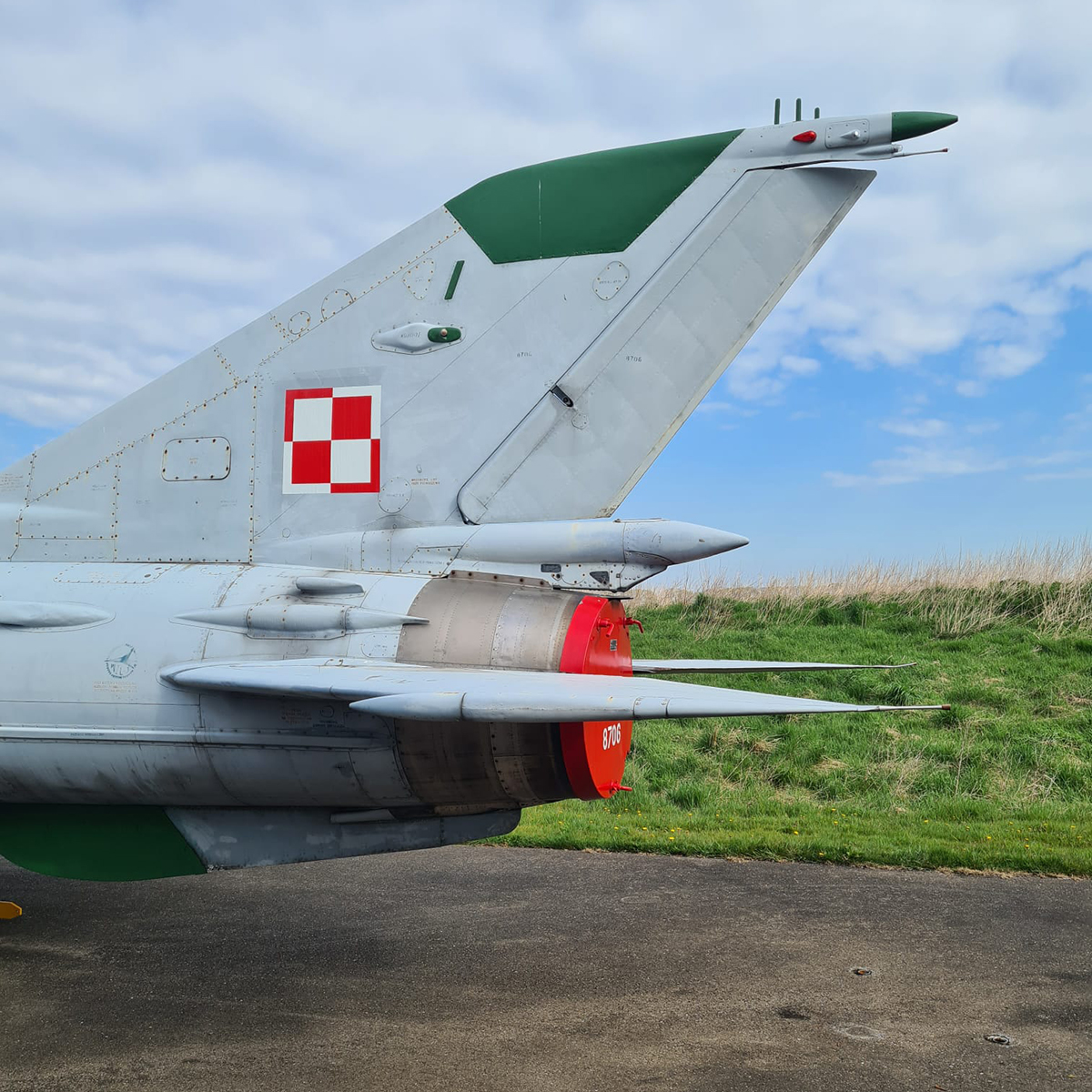 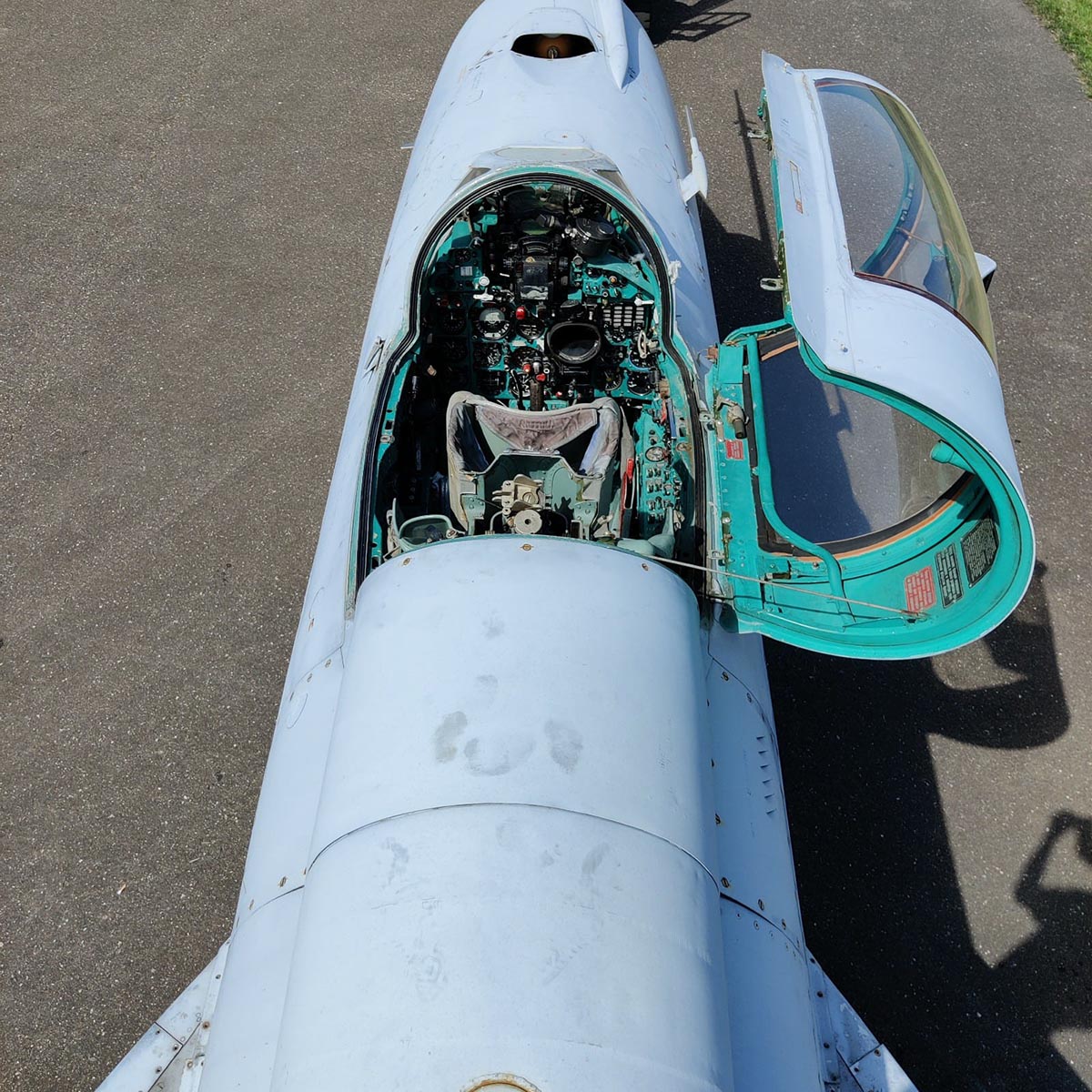 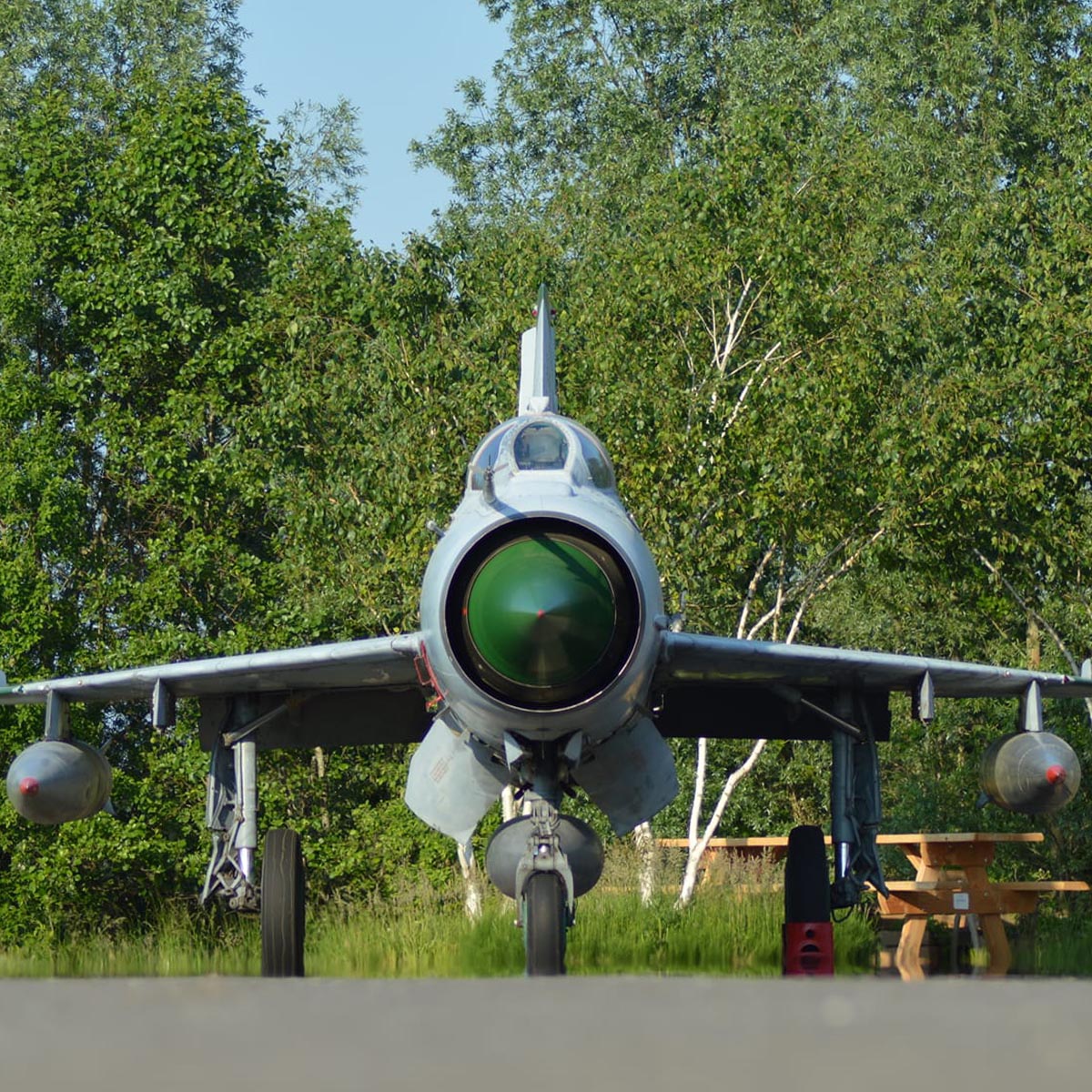 With over 10.000 aircraft built, the Mikoyan-Gurevich MiG-21 ‘Fishbed’ is certainly an iconic fighter. First examples of the fighter already flew back in the 1950s, while some countries still operate this type nowadays! We have this MiG-21 available for sale or rent. If you would like a truly astonishing eye-catcher for your company, this aircraft is the perfect choice!

The Mikoyan-Gurevich MiG-21 (Russian: Микоян и Гуревич МиГ-21; NATO reporting name: Fishbed) is a supersonic jet fighter and interceptor aircraft, designed by the Mikoyan-Gurevich Design Bureau in the Soviet Union. Its nicknames include: “balalaika”, because its planform resembles the stringed musical instrument of the same name; “Ołówek”, Polish for “pencil”, due to the shape of its fuselage, and “Én Bạc”, meaning “silver swallow”, in Vietnamese. Approximately 60 countries across four continents have flown the MiG-21, and it still serves many nations six decades after its maiden flight. It made aviation records, becoming the most-produced supersonic jet aircraft in aviation history, the most-produced combat aircraft since the Korean War and, previously, the longest production run of any combat aircraft (now exceeded by both the McDonnell Douglas F-15 Eagle and General Dynamics F-16 Fighting Falcon).

MiG-21MF 8706 (c/n 96A8706) was manufactured on 30 December 1973 at the Znamya Truda production plant in Moscow. It was delivered to the Polish Air Force on 9 February 1974 as one of a total of 120 aircraft. During its career it served in various units such as the 26 Fighter Regiment in Zegrze Pomorskie and the 41 Fighter Regiment in Malbork. 8706 remained in service almost until the very end. It’s last unit was the 3 Fighter Squadron at Poznan-Krzesiny. Today the aircraft still wears the black raven with the green “3” of its last unit. 8706 was retired in 2002 after almost 30 years of service.