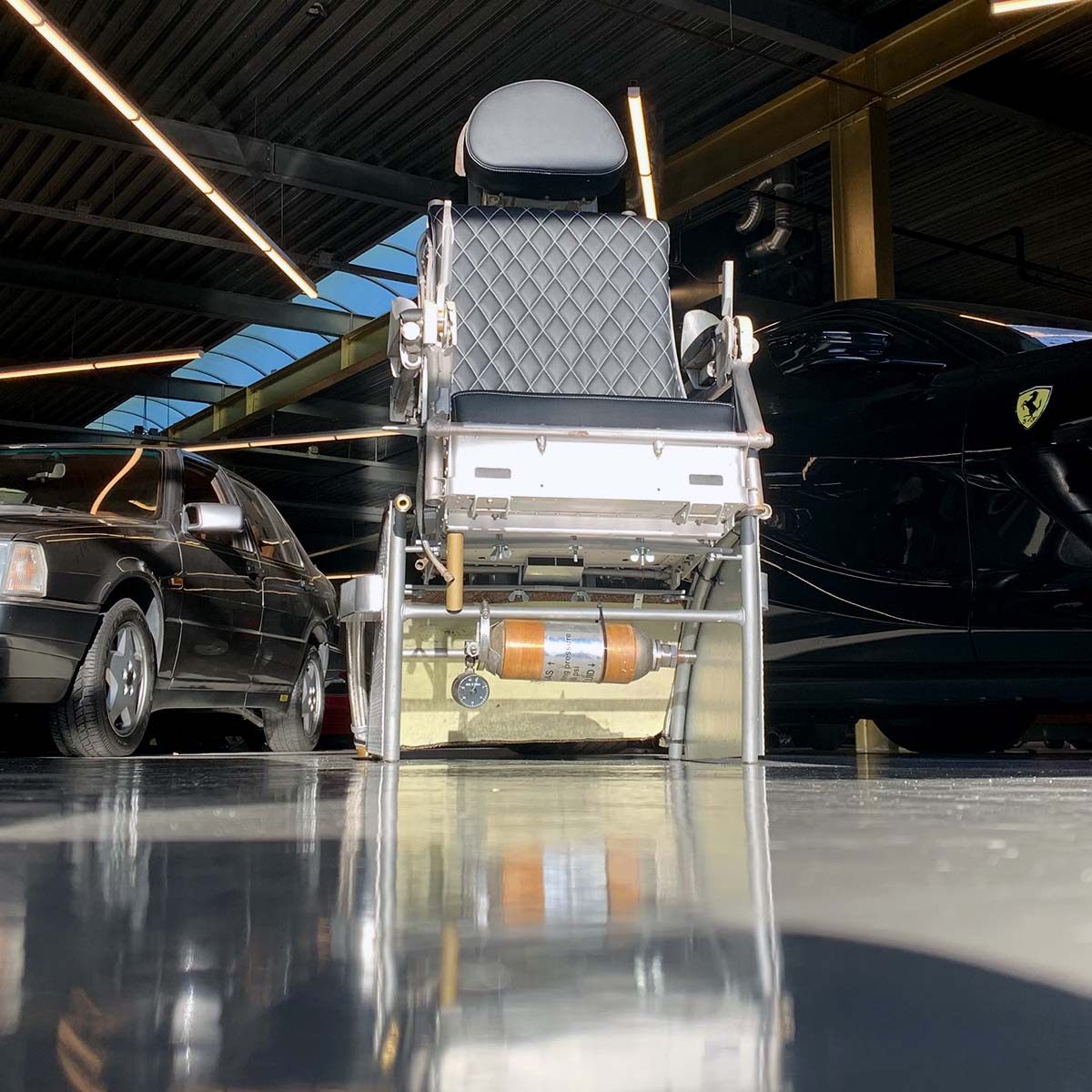 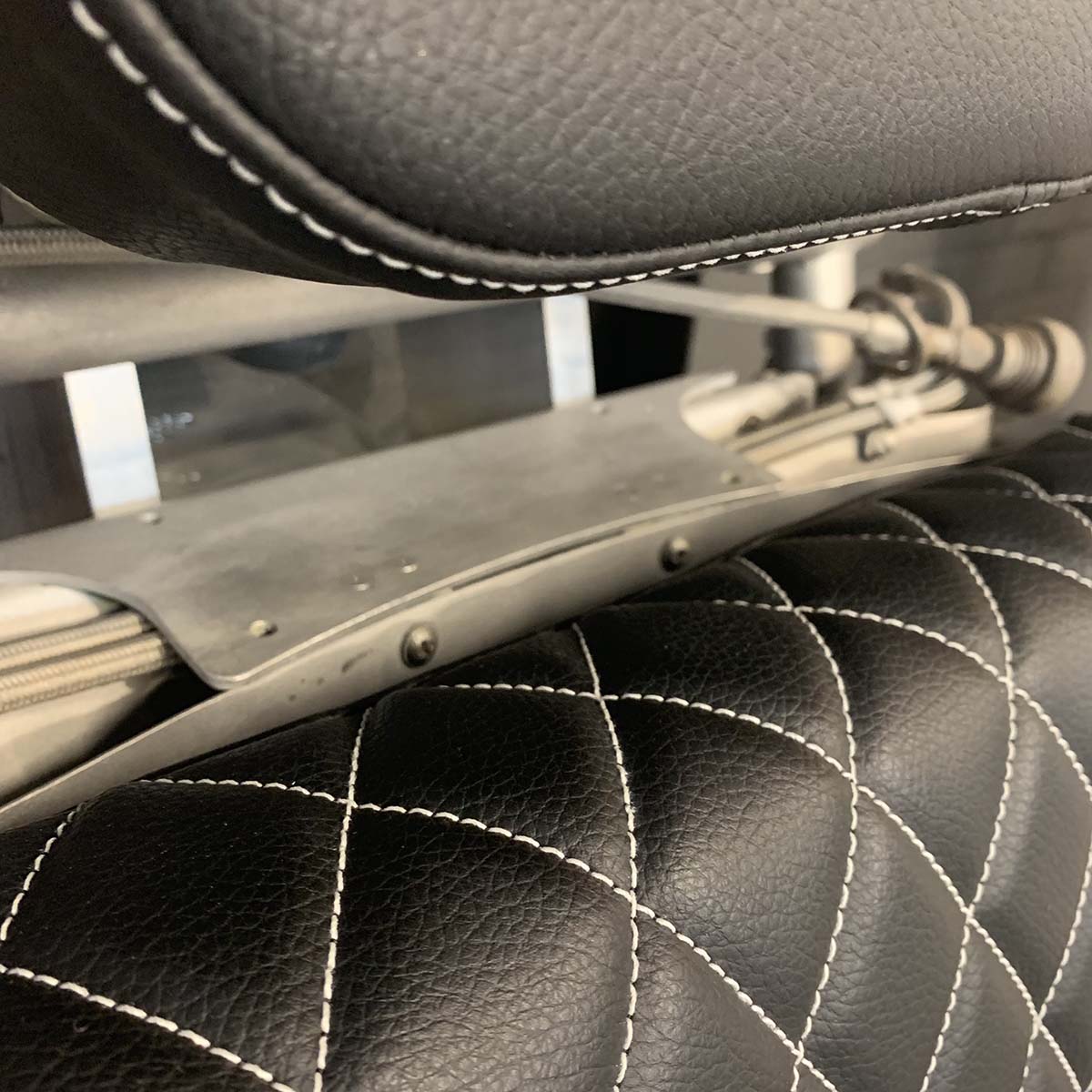 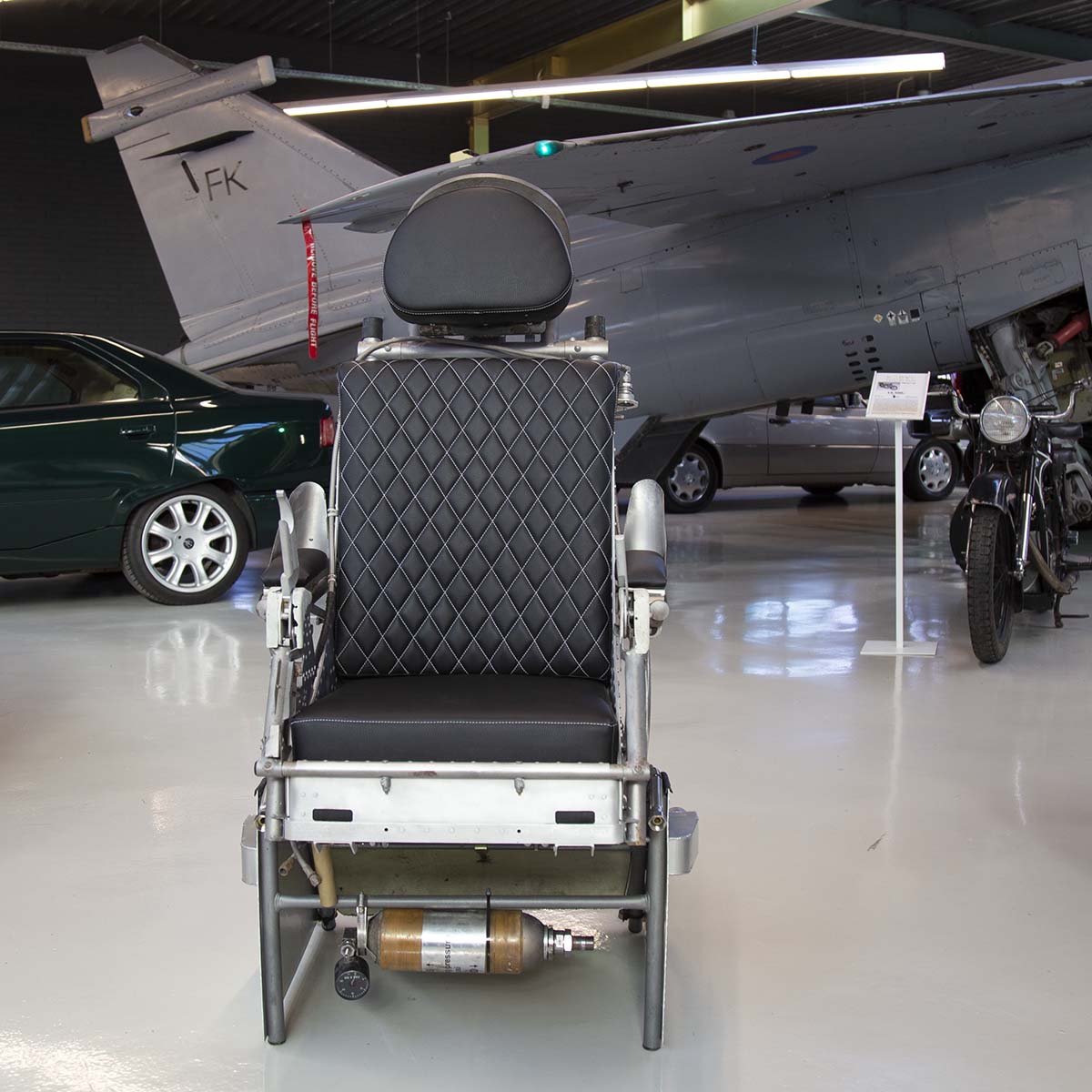 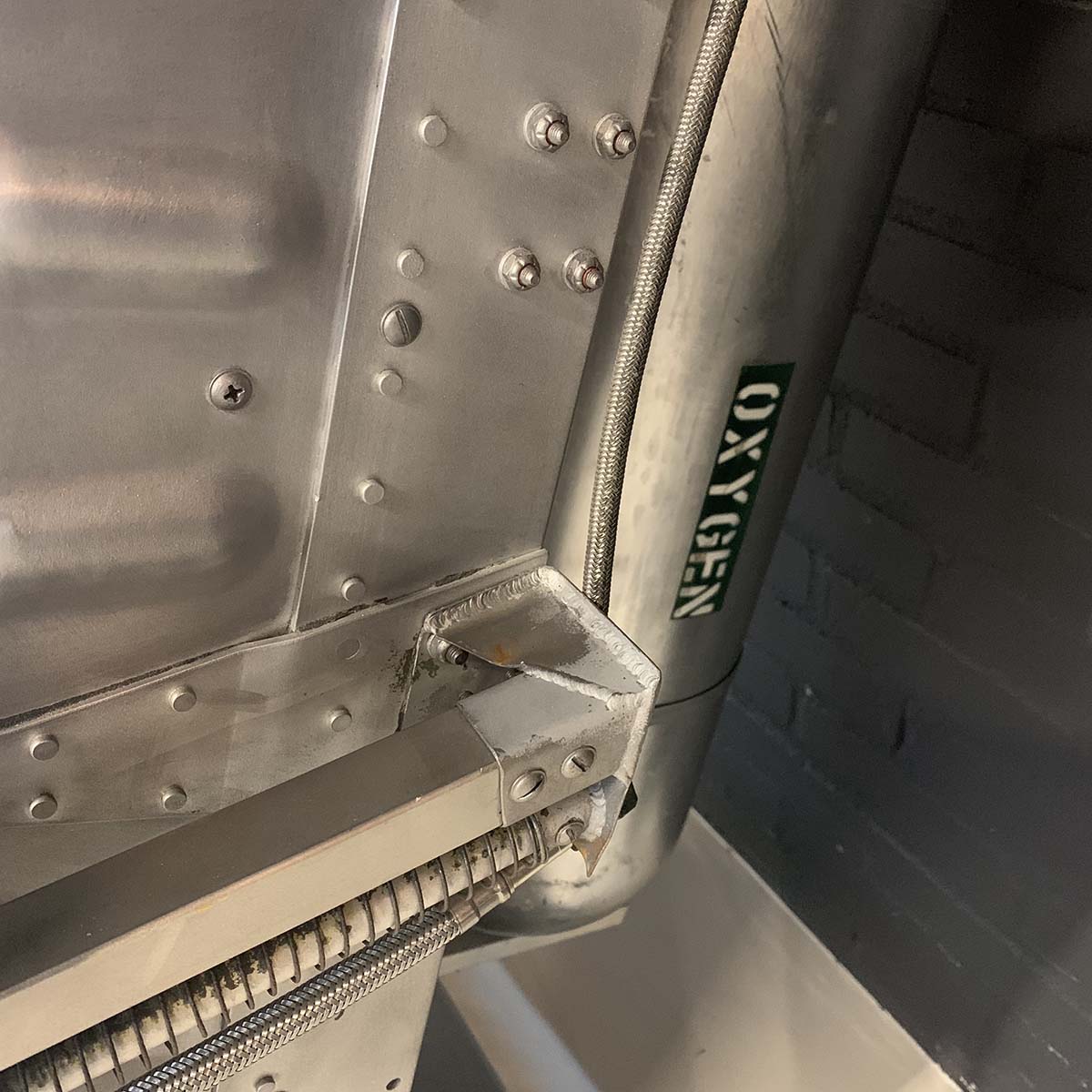 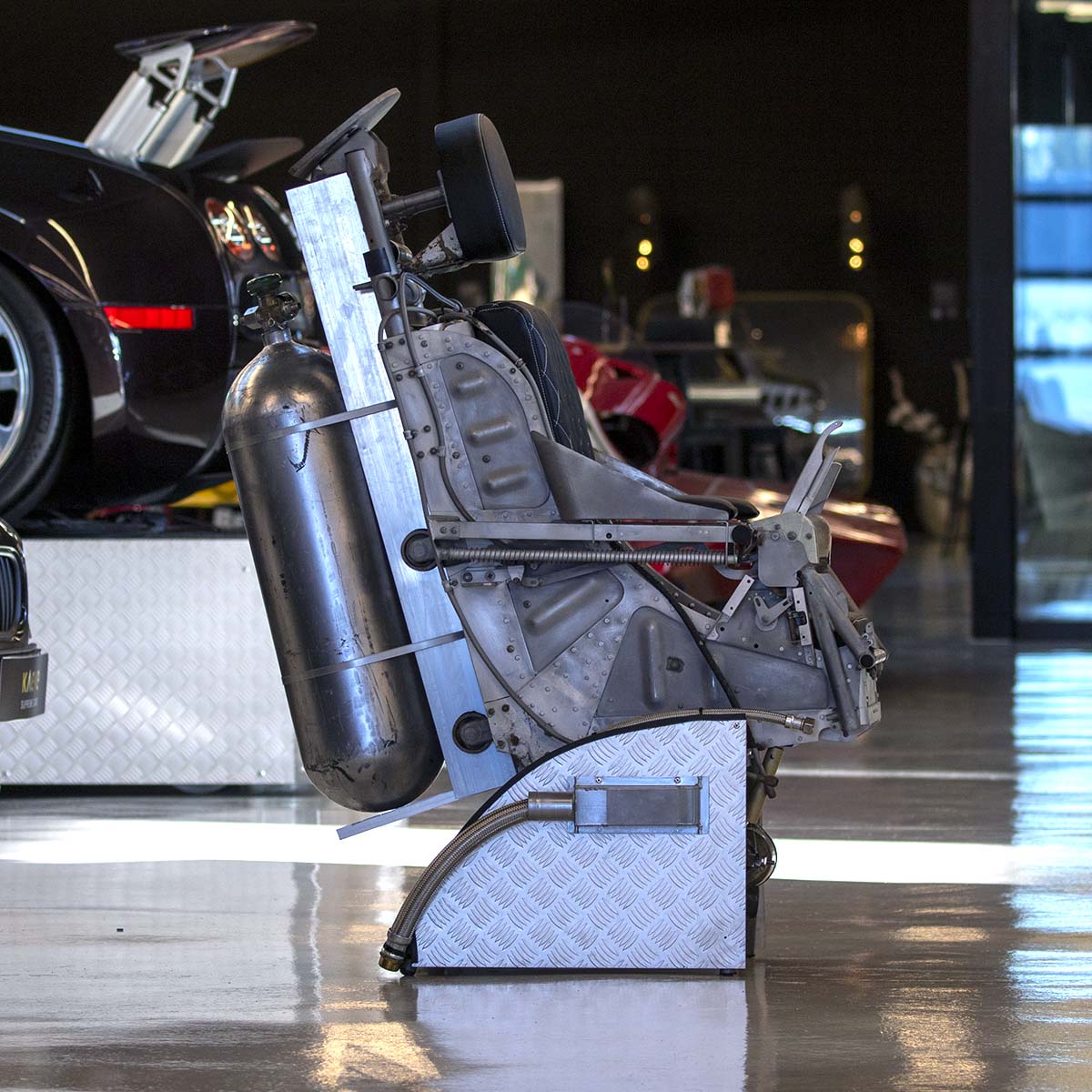 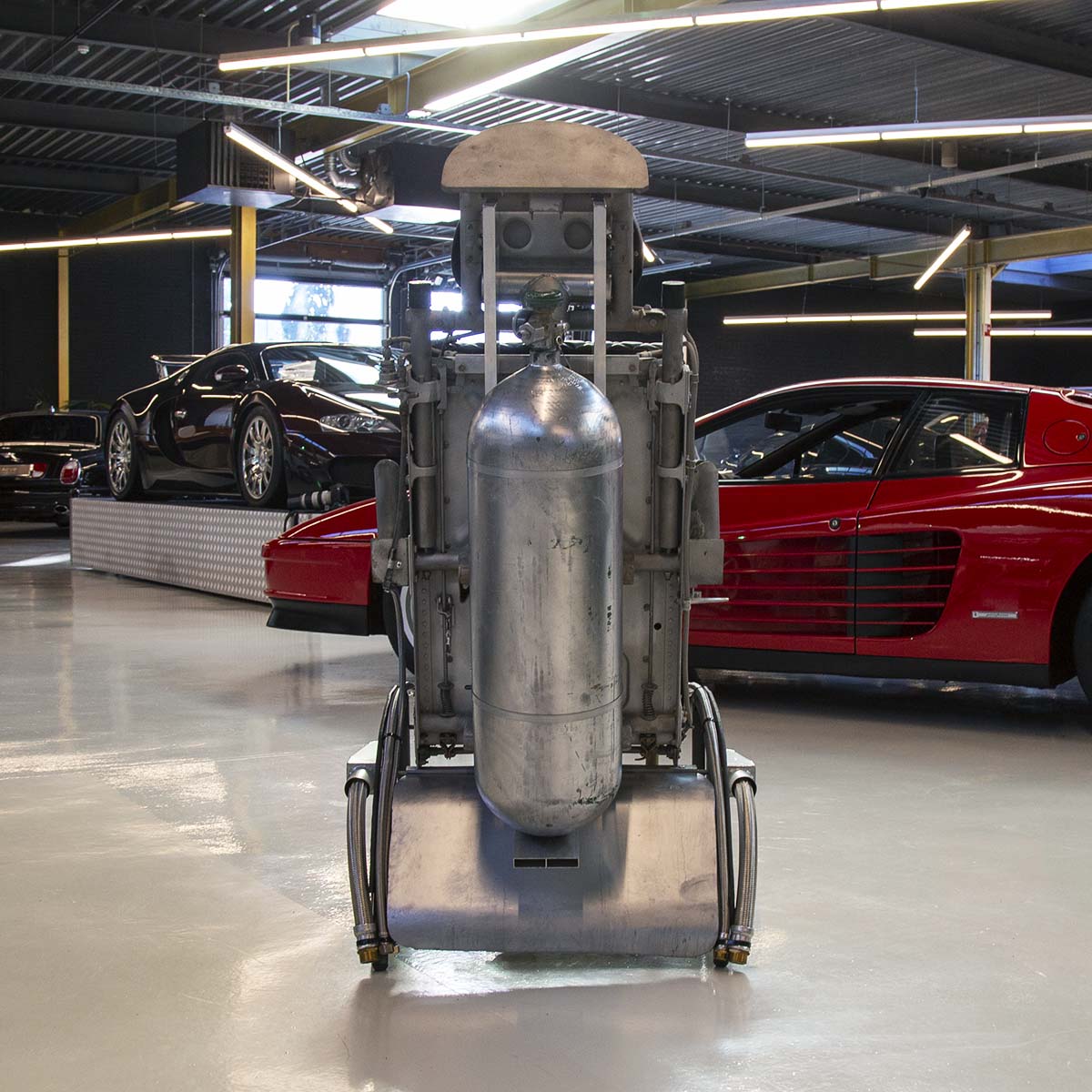 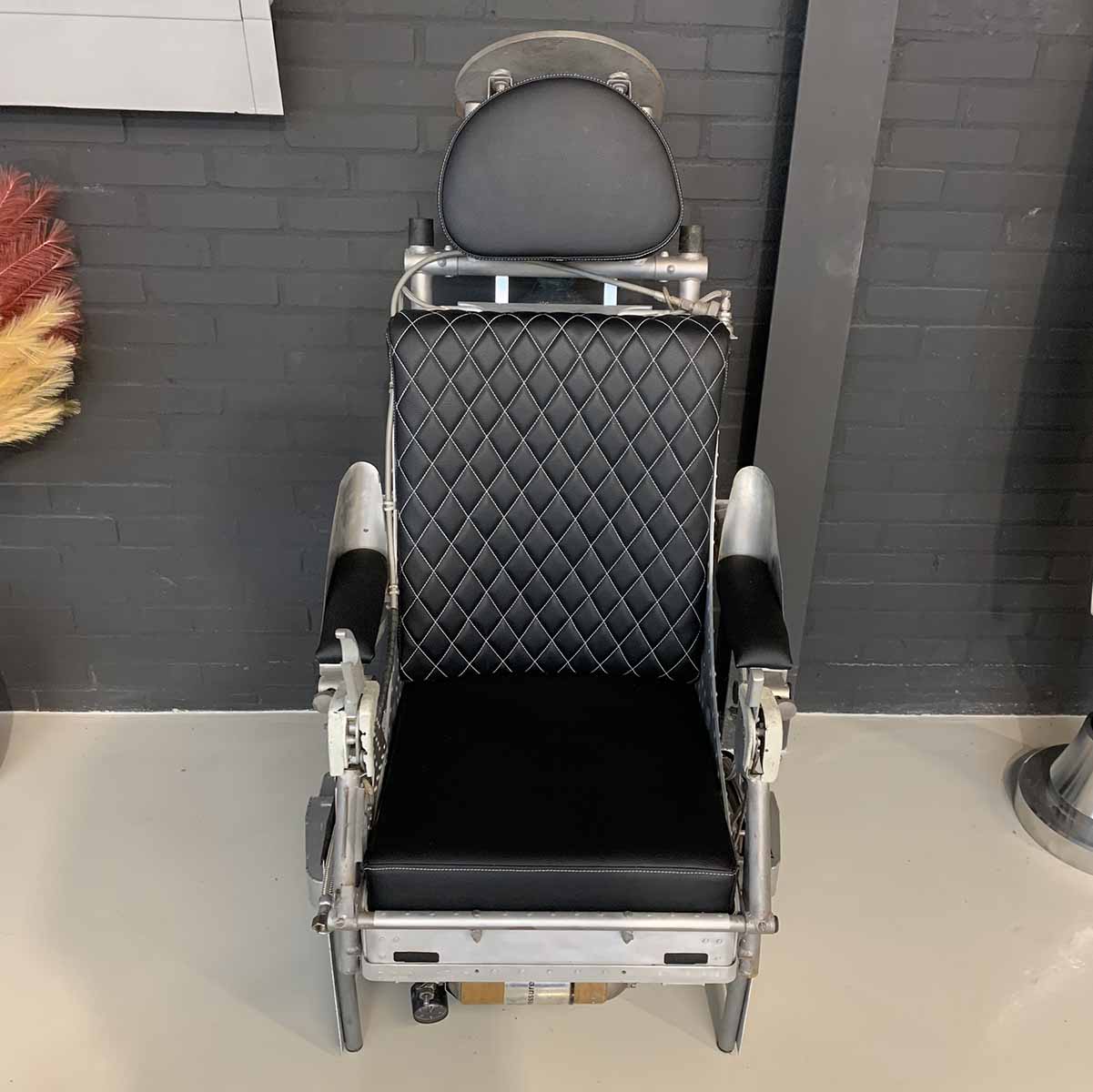 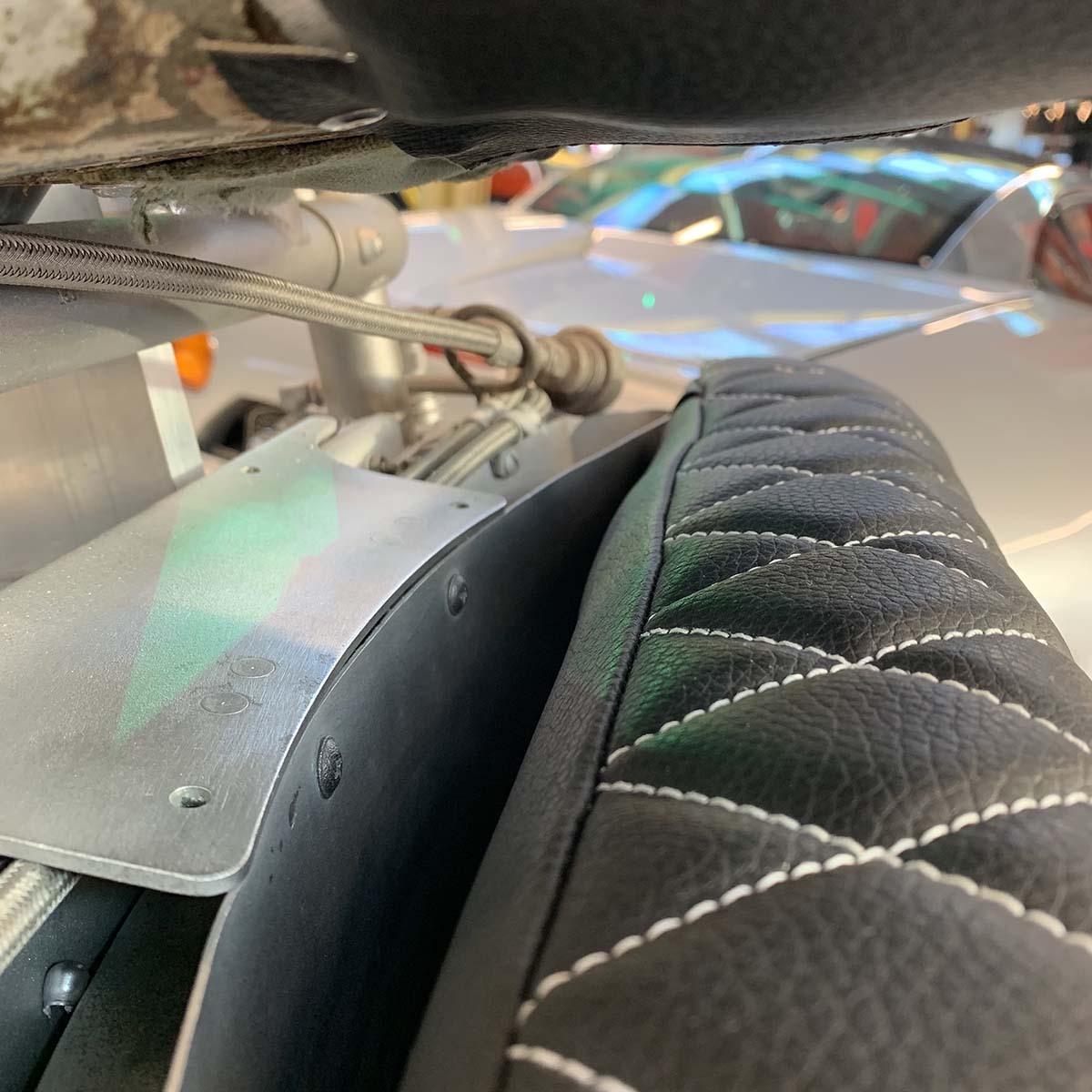 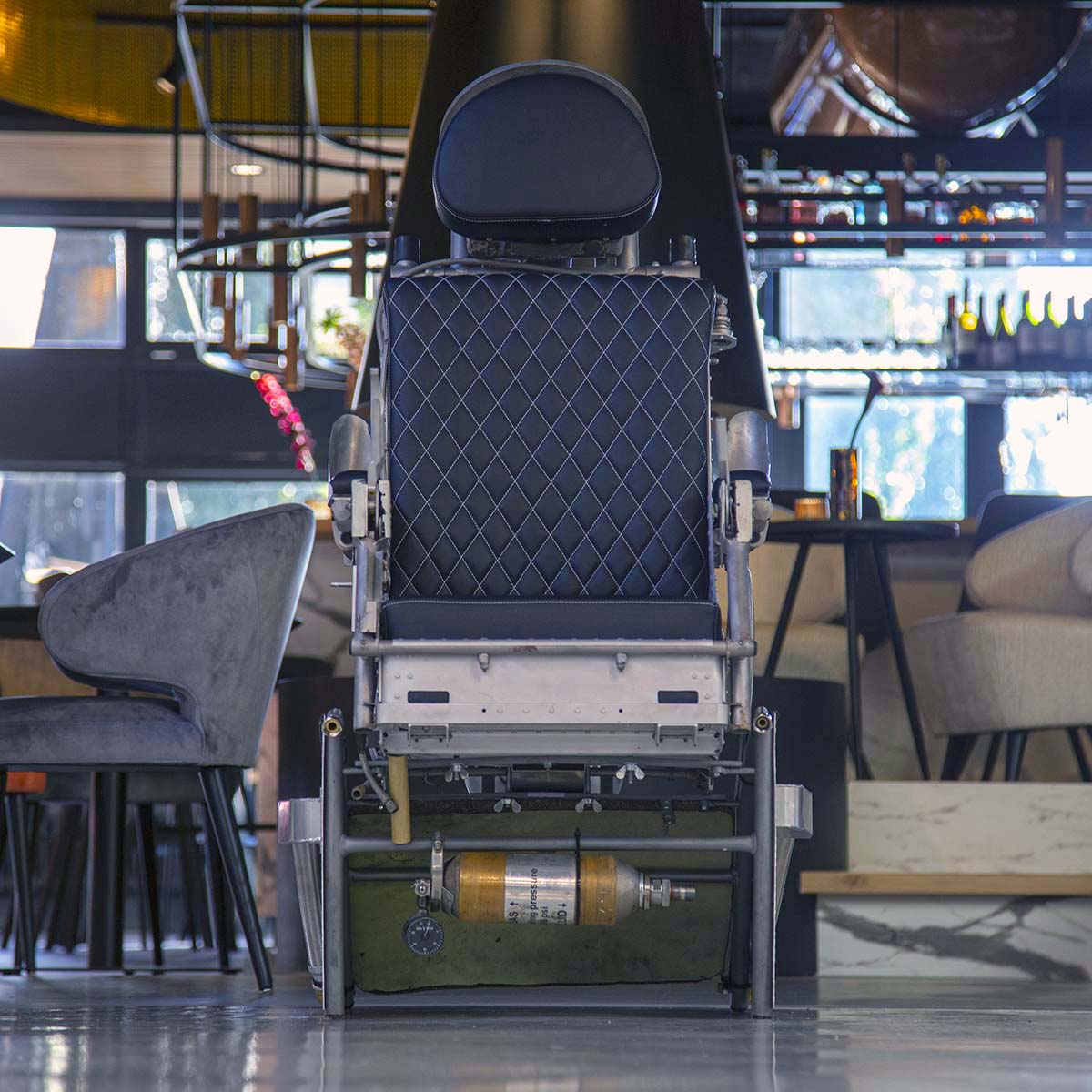 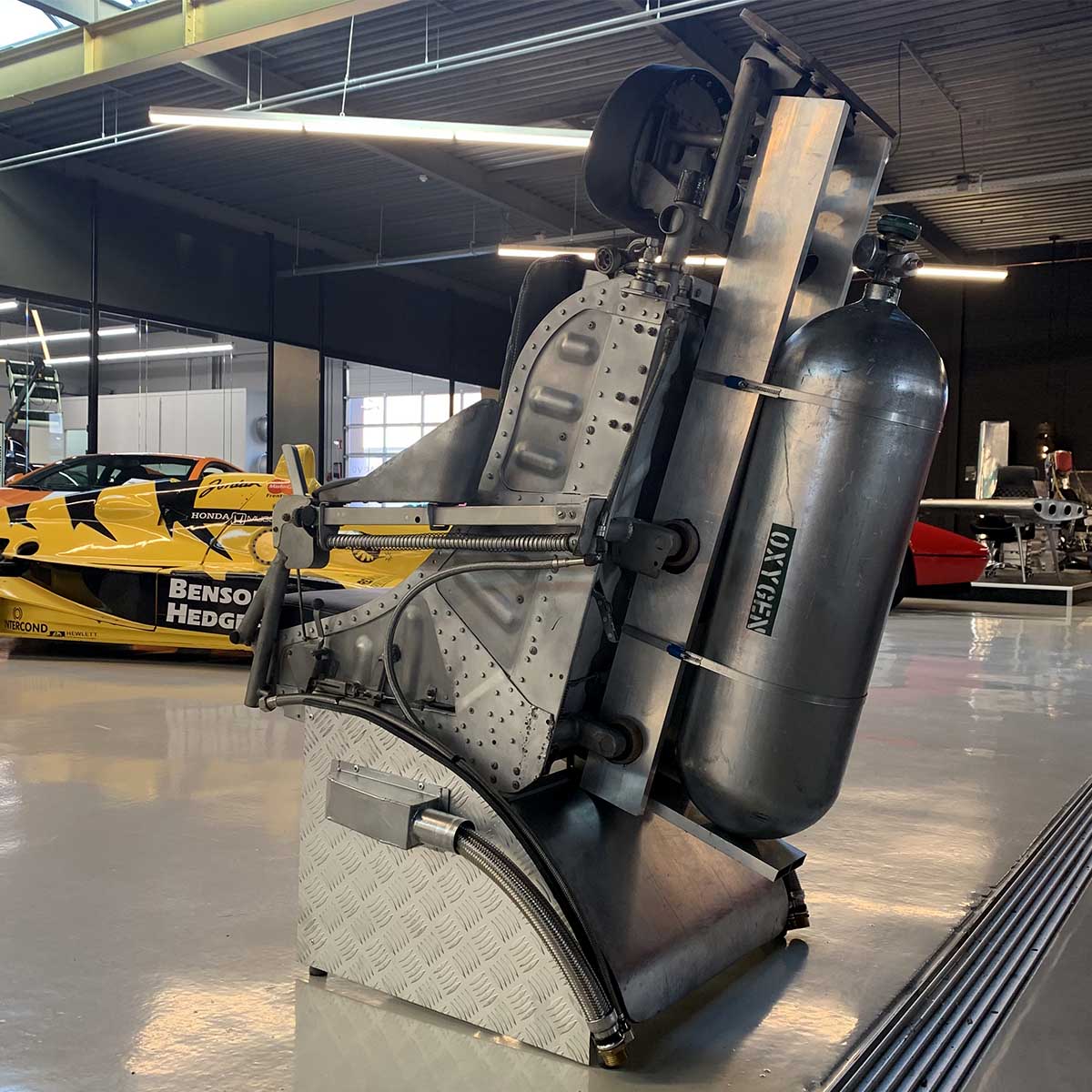 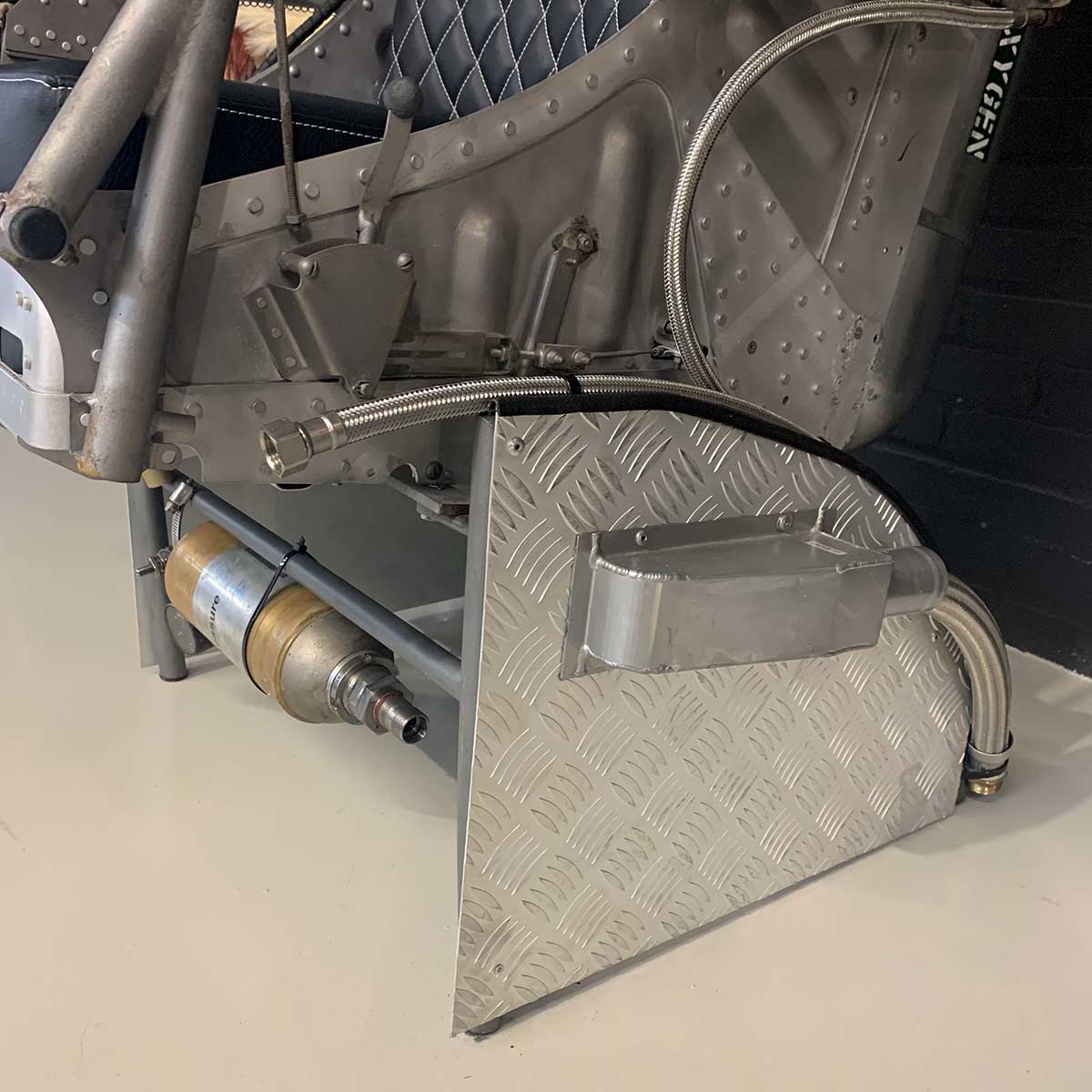 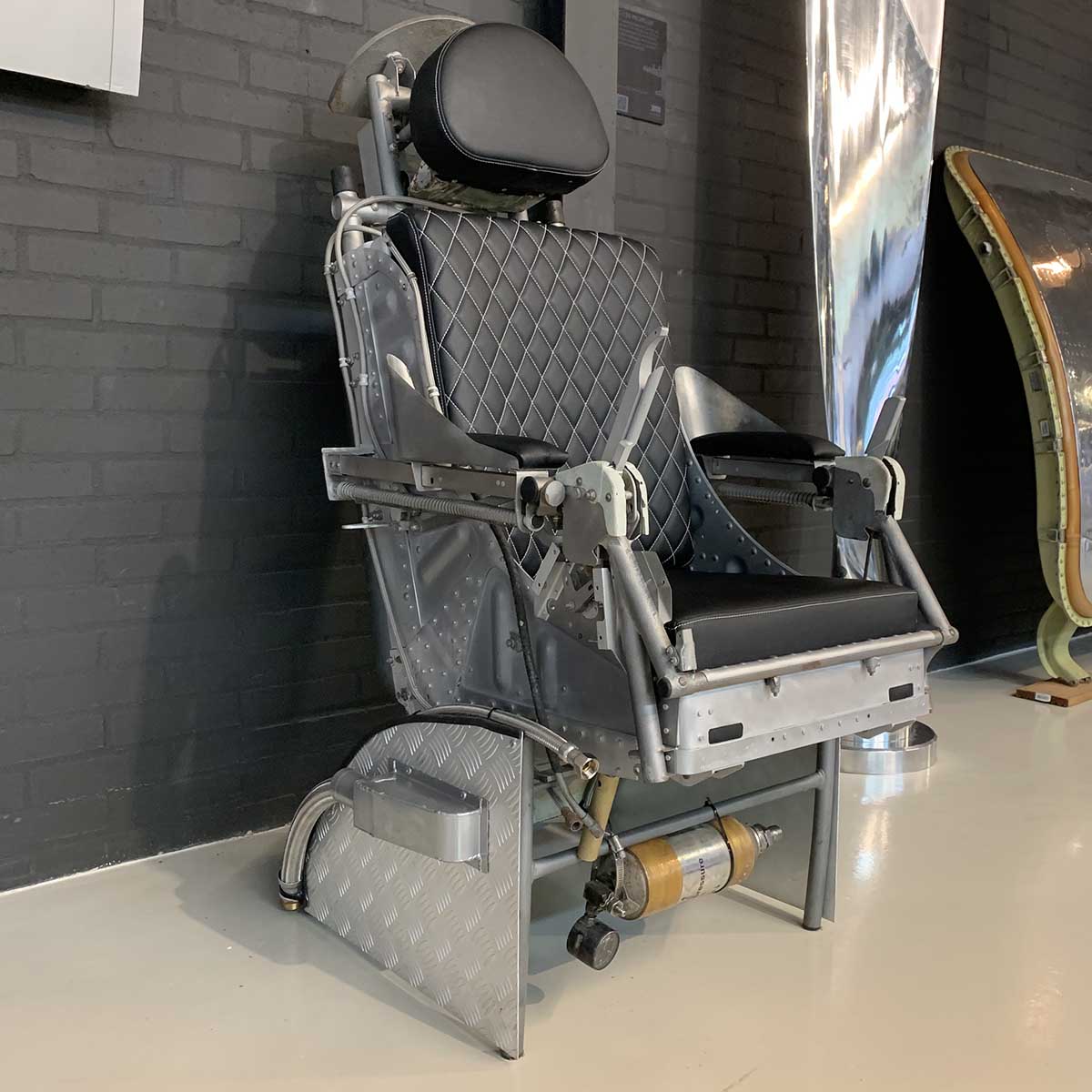 This ejection seat was installed in an F-84F Thunderstreak a very long time ago (50s/60s of the last century). After the aircraft was withdrawn from use, most likely before 1970, this seat became available for private use.

As time progressed, several changes were made to it. A sturdy base was installed, several items were added as well as custom made seats (with diamond shape stitching). This resulted in the seat in its current state. Ready for use or display in any environment that calls for something remarkable.