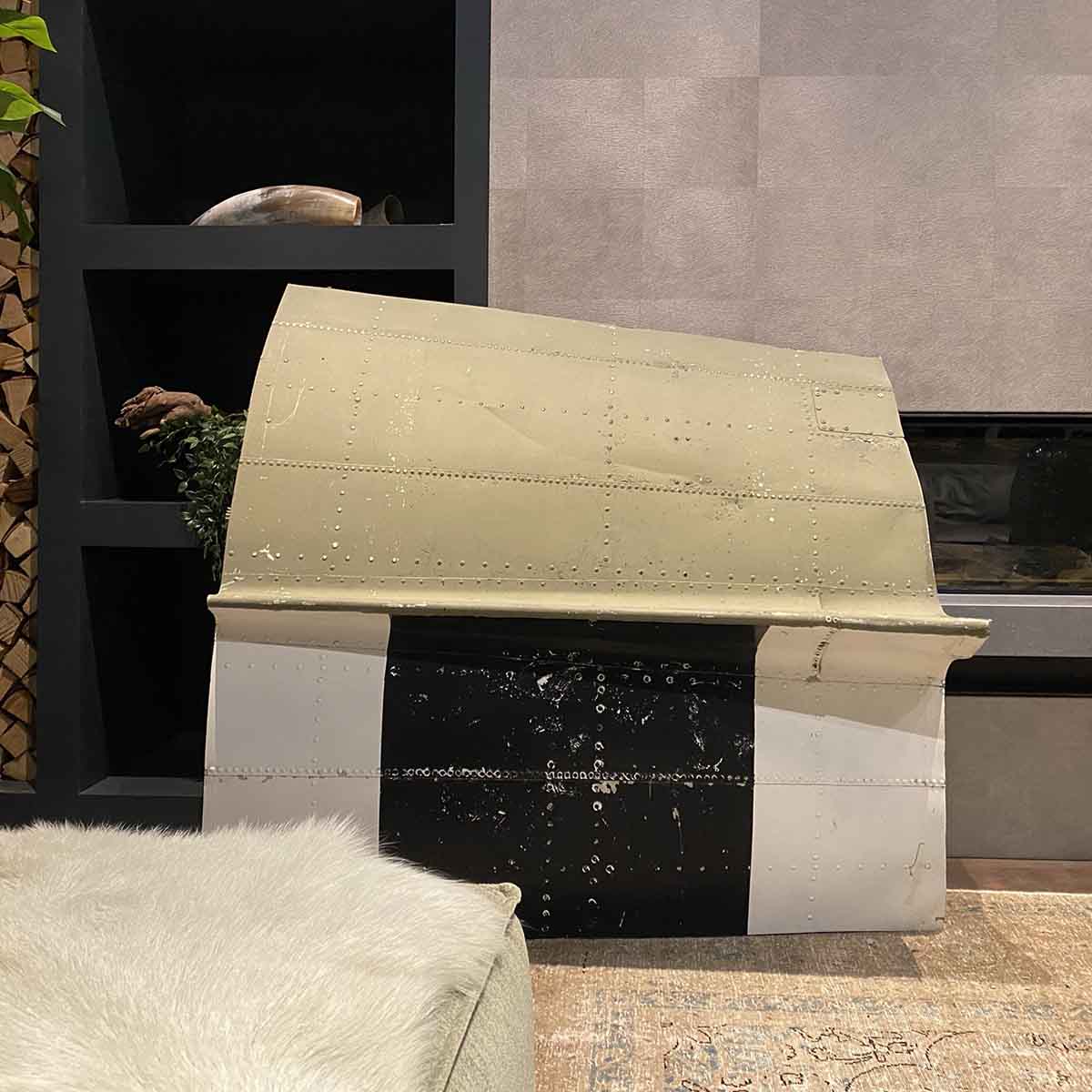 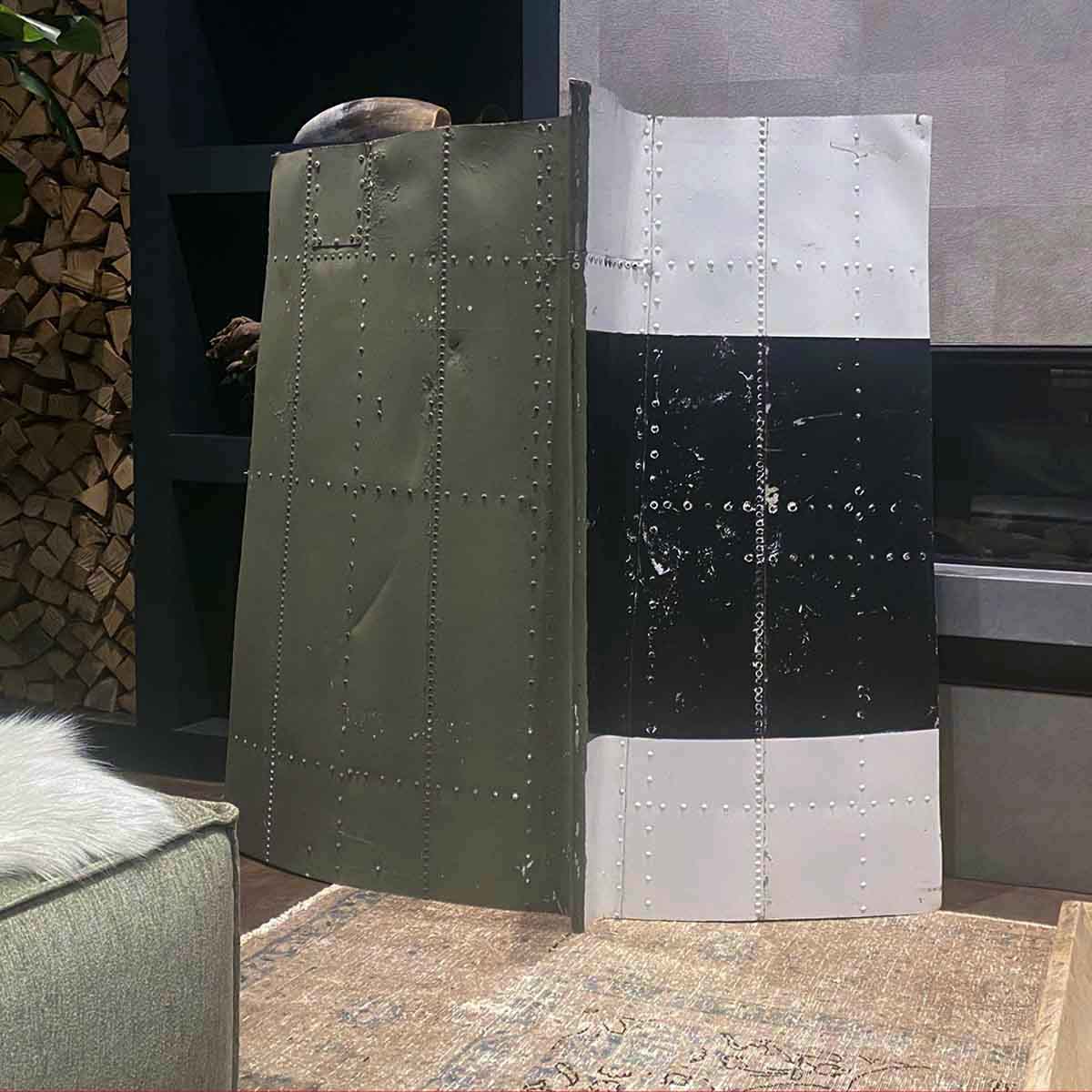 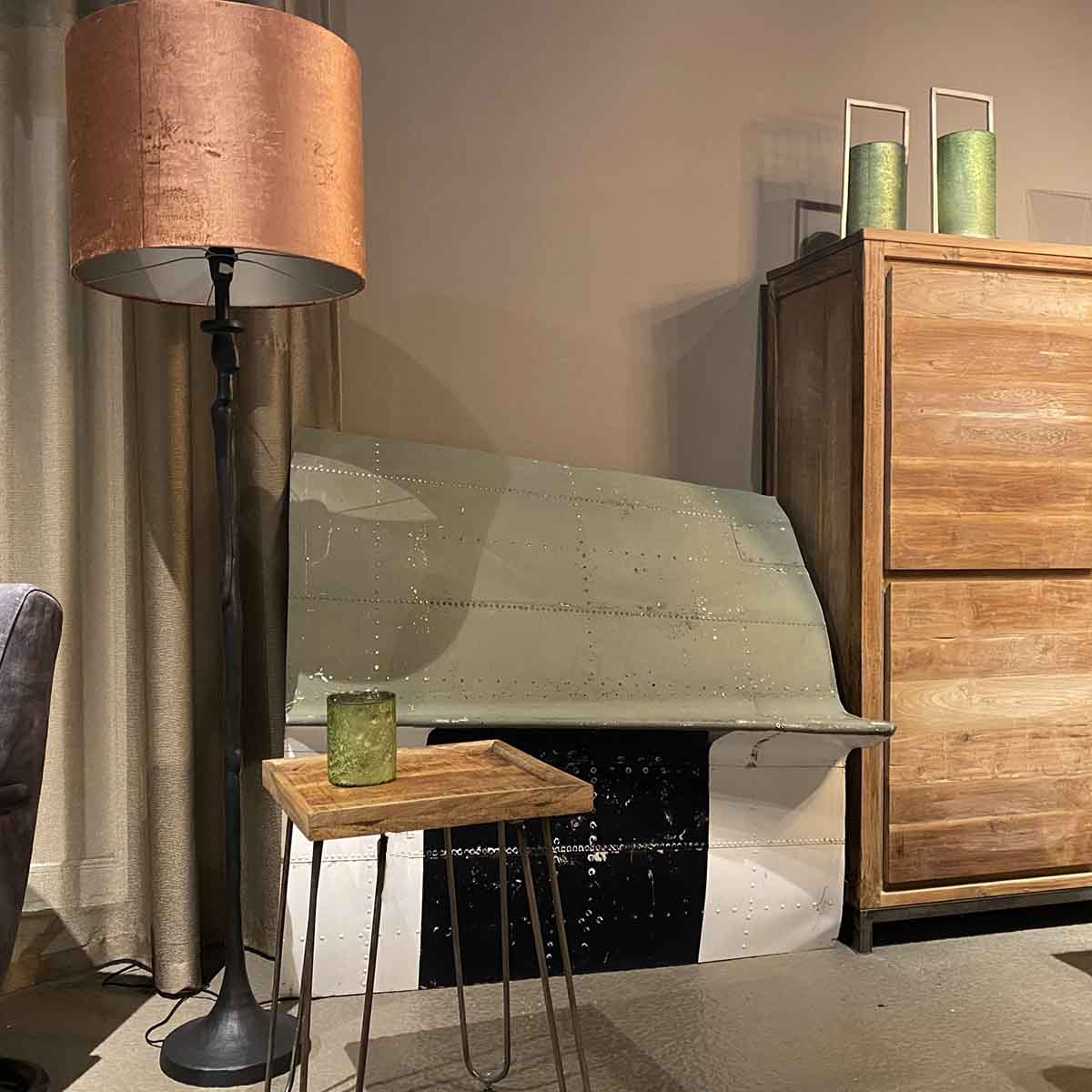 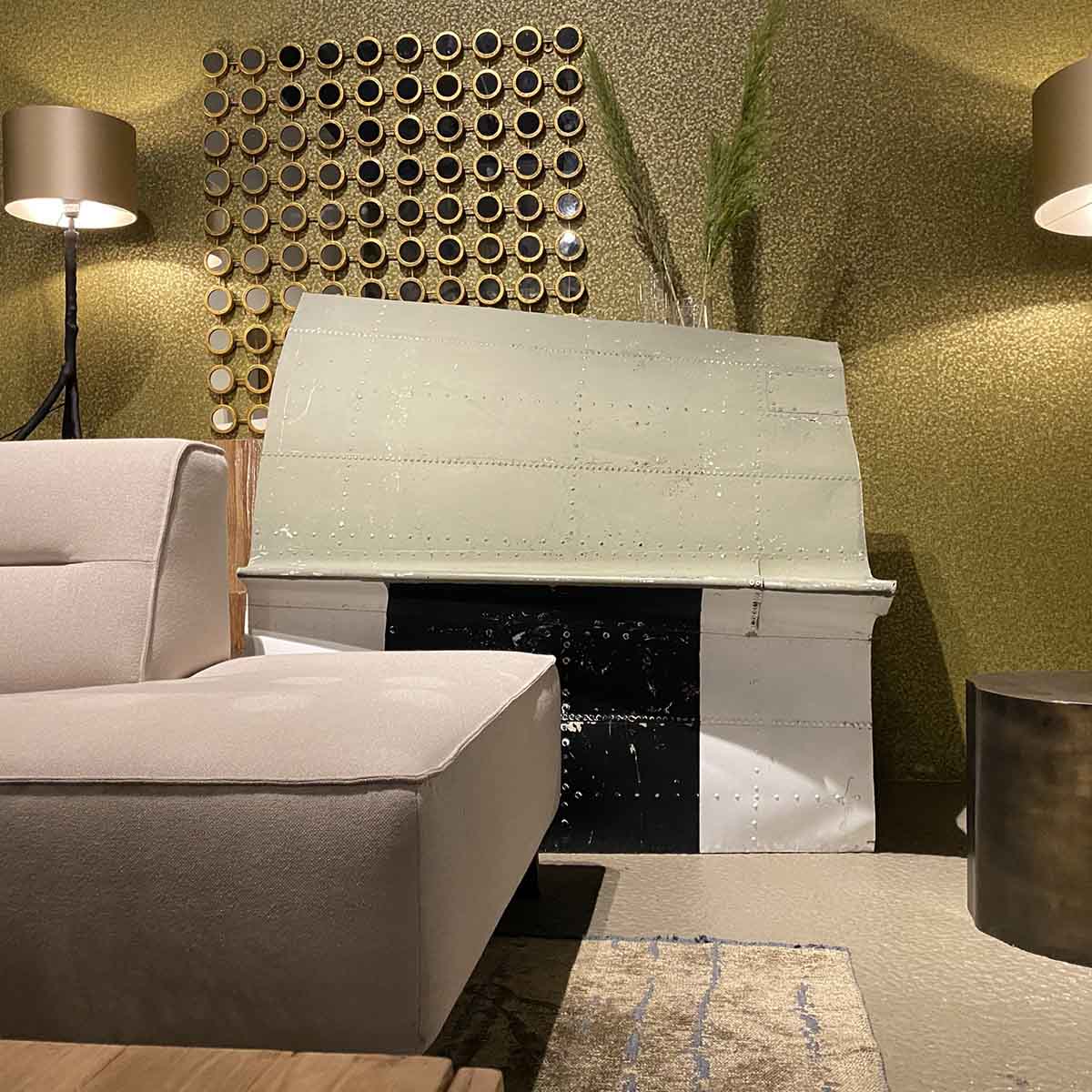 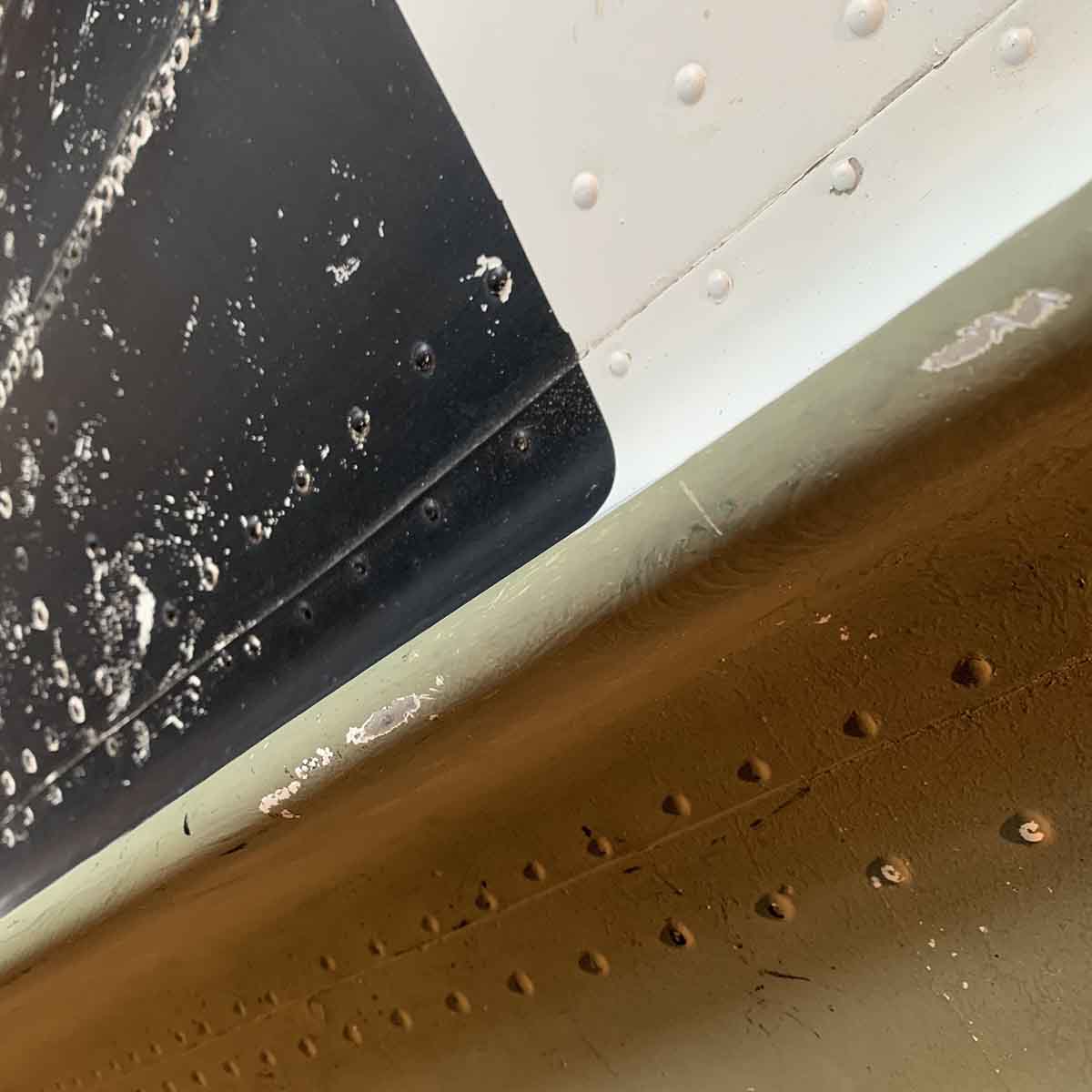 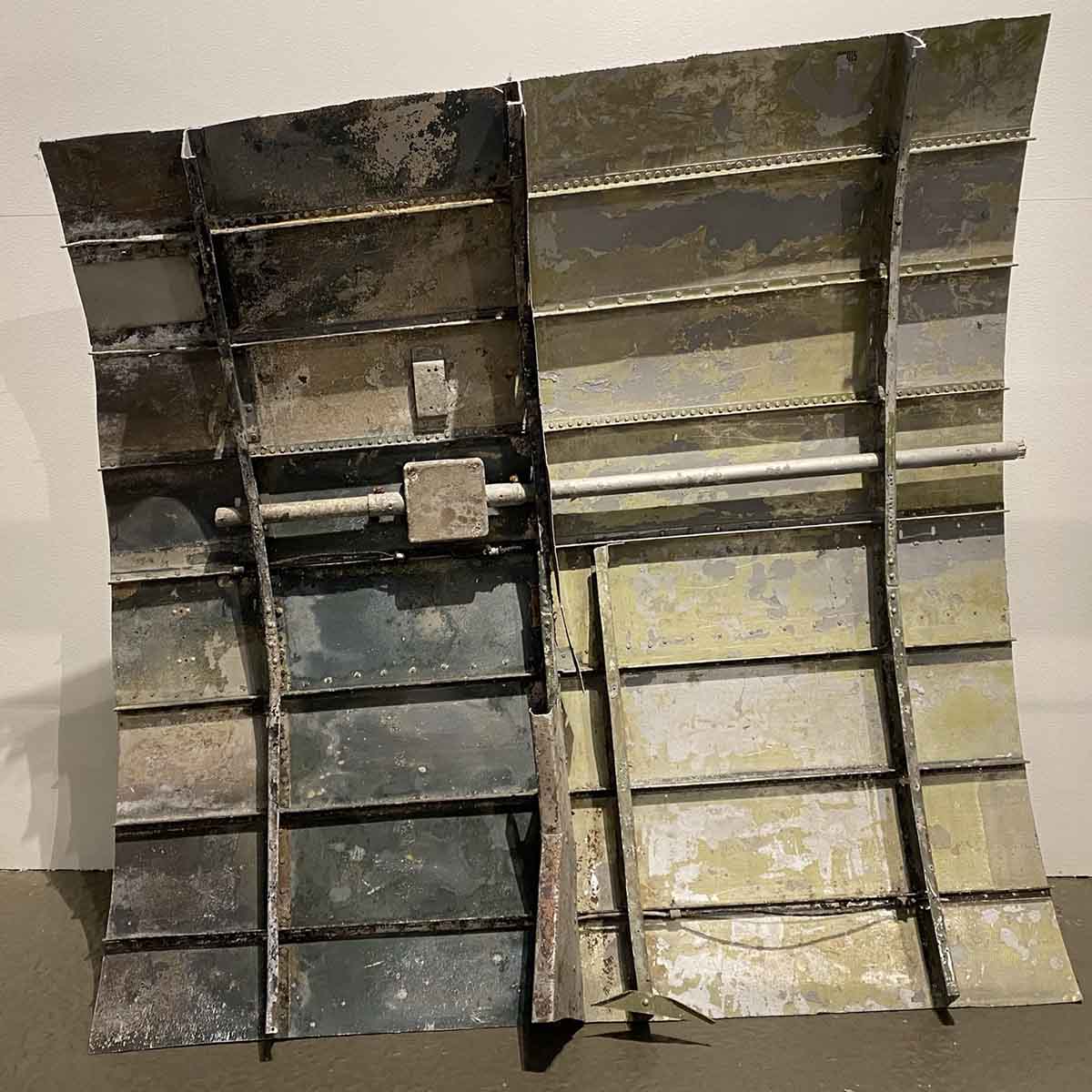 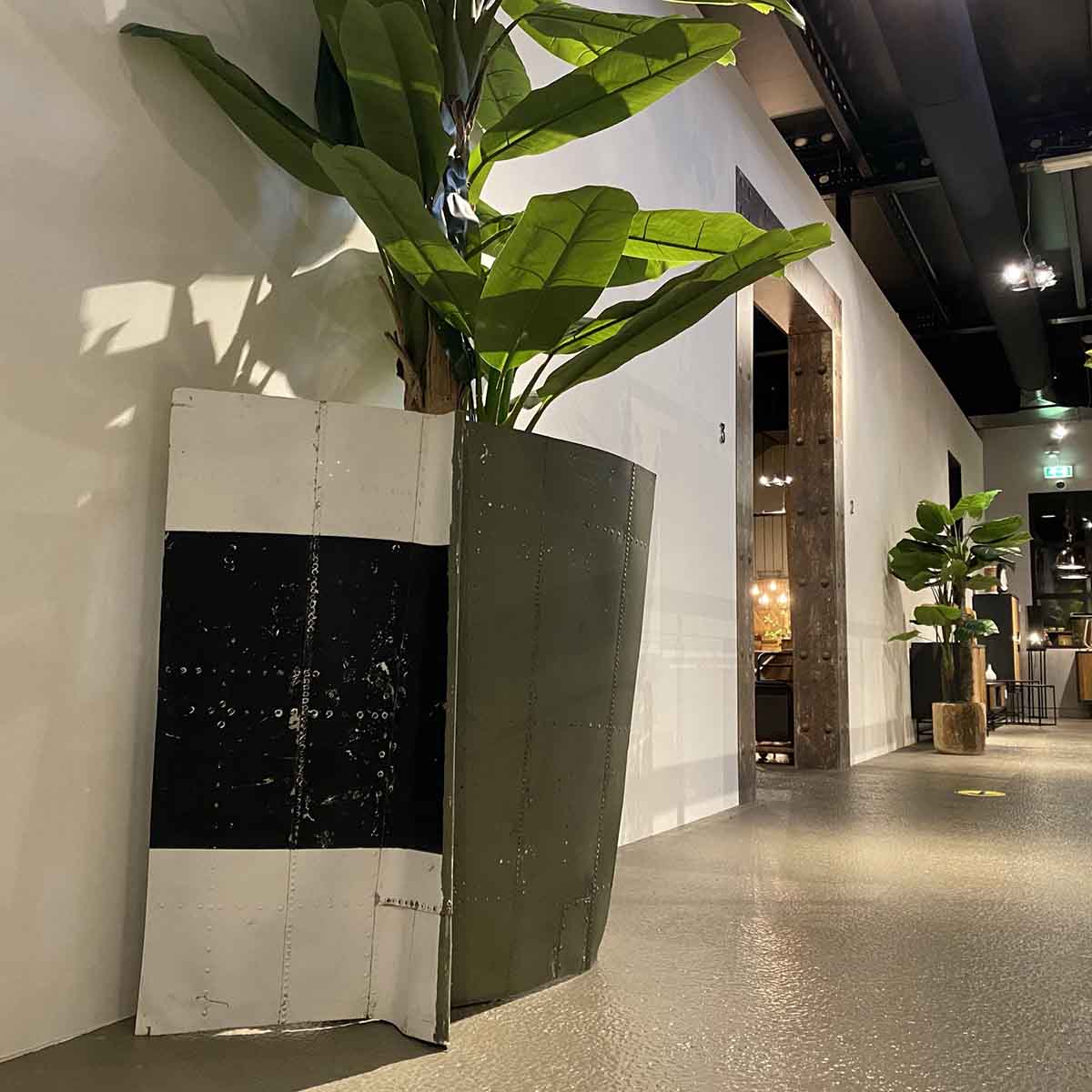 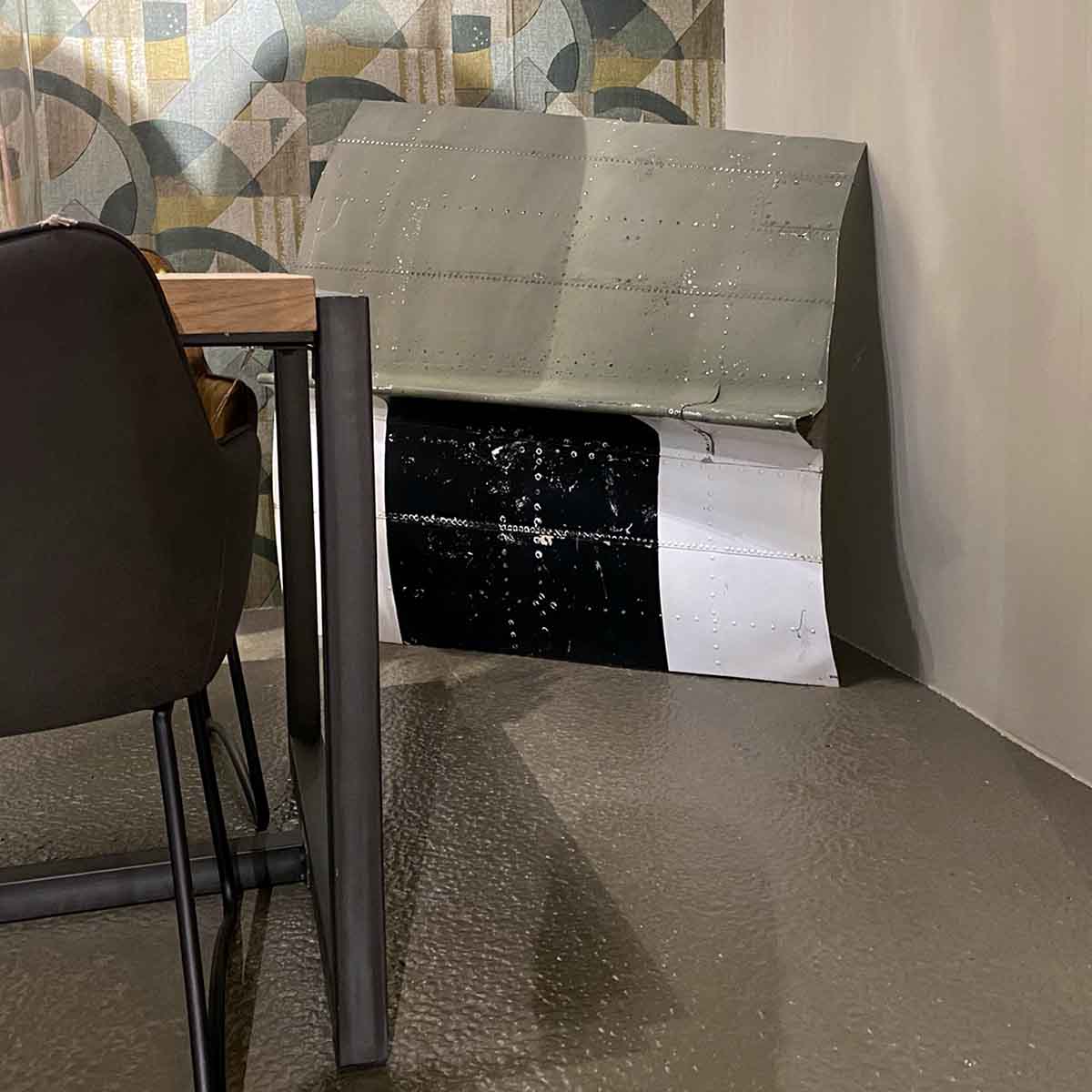 This is a part of the skin that was located on the bottom of the tail. The part was removed from the wreckage and repainted with the distinctive invasion stripes on one side after the mishap in the Netherlands.

We also have other skin panels available; info here, here and here.